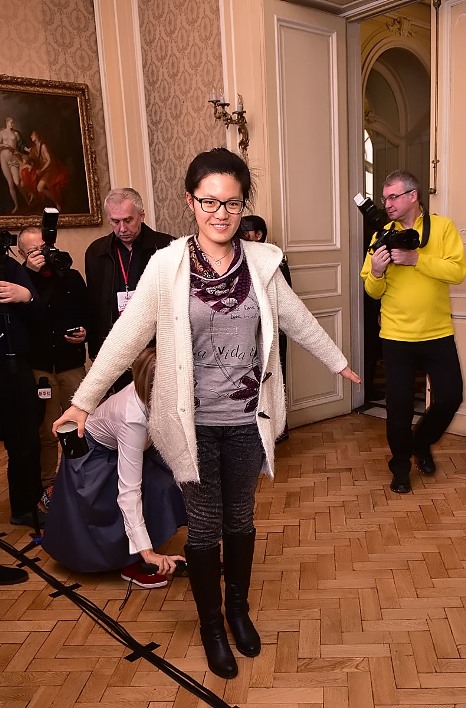 Hou Yifan is once more on top of the world! | photo: Vitaliy Hrabar, official website

Hou Yifan is once again both the women's no. 1 and the Women's World Chess Champion after winning her match against Mariya Muzychuk by a commanding 6:3 scoreline. The Chinese star won the ninth and final game in Lviv after her Ukrainian opponent was forced to push too hard for the win that would take the match into a tenth game. Next up for Hou Yifan is a four-player tournament with Jon Ludvig Hammer, Nils Grandelius and Aryan Tari to determine the Norway Chess qualifier.

Hou Yifan demonstrated in Lviv that she remains the world's best female player, winning three games and drawing the rest against Mariya Muzychuk. No doubt the key moment was the sixth game, when Mariya lost what appeared a promising position, but in general Hou Yifan proved that she was a class above her opponent. We shouldn't, however, discount Mariya Muzychuk's role in the match. The young Ukrainian player had prepared painstakingly with her team and demonstrated a good overall level of play. She also showed bravery as she attempted to fight to keep the match alive by winning the final game.


Perhaps all the work that Mariya put into this Championship will ultimately be reflected in her results in the upcoming games and tournaments! 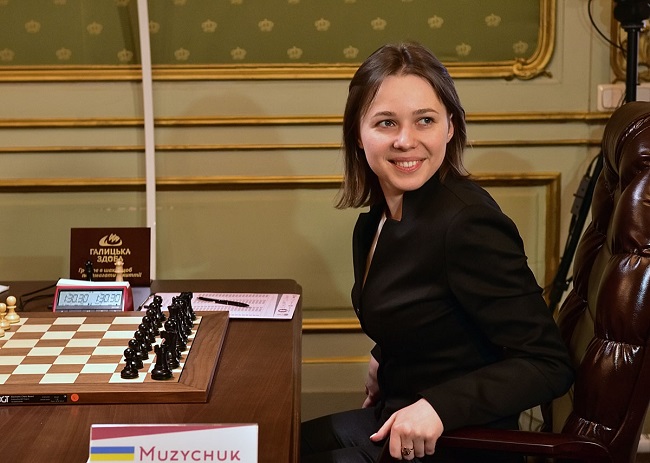 Let's take a look at the final game:

6. ♗e2 Given the match situation, with a draw sufficient to retain the crown, this is a completely understandable choice by Hou Yifan. On the other hand, 6. Be2 gives Black absolutely no problem equalising.

6... e5 7. ♘b3 ♗e7 8. O-O O-O 9. ♗e3 ♗e6 10. f3 ♘a5⁈ A dubious move, typical for the Sicilian but not so much for this particular variation. It's possible to break immediately with d5, but I suspect Mariya avoided that in order not to exchange too many pieces. She may also have avoided the best move according to theory,

27... ♖g8 28. g3! Brilliant play by Hou Yifan! She understands the position perfectly and thus eliminates any possible counterplay by Black.

41. d6 ♖h8 42. d7! Hou Yifan had everything calculated to the end and moved instantly from this point on, while Mariya was left to agonise over the inevitable conclusion to the match.

45. ♗b7 c4 46. a6 Mariya resigned and Hou Yifan was proclaimed World Champion. The game was heavily influenced by Muzychuk's need to fight for a win but, at the same time, it was a great strategic demonstration by the new World Champion.

Below you can watch the press conference after the match was over:

In general, this World Championship match strikes me as great news for women's chess. World Champion Hou Yifan is in fine form and looks well-prepared to climb to 2700 and beyond. In may not be obvious from the scoreboard, but Mariya also demonstrated that her rating rise in recent months was no accident.

The match was followed by many thousands of spectators, but was it really necessary to delay the games by half an hour? In my opinion, absolutely not... If it was a good idea then why in Lviv but not, for instance, in the Candidates? That apart, though, the match appeared to be organised at a high level. Congratulations to all concerned! 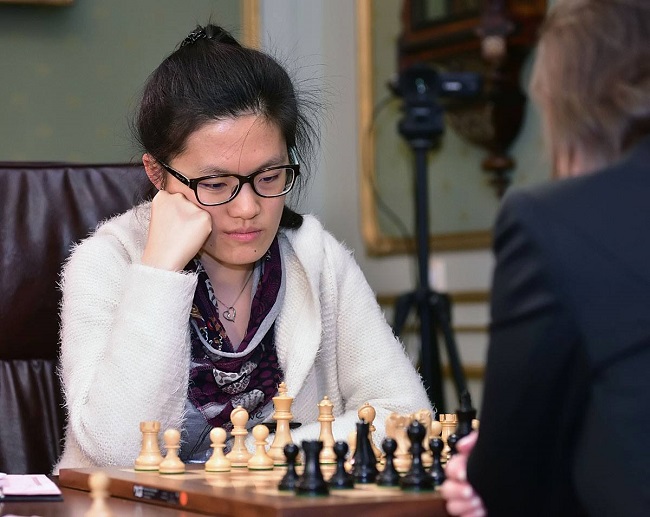