There was noticeable buzz generated by the unveiling of the Millionaire Chess Open in mid-December.

Co-founder Maurice Ashley reported shortly after launch that the slick new web site crashed from 20,000 visits within the first few hours. It was the talk of the town at the London Chess Classic.

The unprecedented prize fund and the lavish trimmings promised generated enthusiasm but also skepticism on social media, particularly as the entry fee for all participants is equally unprecedented in chess: $1,000 or more.

The event clearly aspires to be something unique in the chess world, bringing the glitz and glamour of Vegas, with an eye towards tapping the popular surge of interest in competitive poker.

But despite the fanfare, the tournament's future is very much in the hands of its prospective participants, and that's turning out to be a risky proposition. Even with the high visibility and aggressive personal promotion from Ashley, as of this week there were only 65 on the registrant list. With so few entries to-date, there is a real danger that Ashley and his partner, entrepreneur Amy Lee, may be forced to pull the plug.

Ashley has repeatedly stated that the tournament is 100% player-driven, meaning that while outside sponsorship is being sought, the entry fees alone should support the prize fund and basic costs.


This point is laid bare in a disclaimer on the event's registration page:

The organizers reserve the right to cancel the tournament if 1,500 participants are not registered by March 31, 2014. In such a case all entry fees will be reimbursed in full upon decision.

Even with the pledge of a refund, and the added incentive of a chance to win free airfare for early entries, it seems that most players are not prepared to shell out that kind of cash in advance.

On paper, Millionaire Chess does look spectacular. Las Vegas has been home to annual national open tournaments for many years, but rarely are they hosted right smack in the middle of the famed Strip of mega casinos — Planet Hollywood, in this case. Among the planned amenities are an opening breakfast for all players, a VIP room, and a discount to The LINQ observation wheel.

The tournament has a bevy of sensible tournament policies, to allay the inevitable fears that such high prizes will tempt players to seek untoward advantages, or sandbag their ratings.

This is not the first foray into high-stakes open chess organizing for Ashley. His HB Global Chess Challenge in 2005 was well received by players of all levels, and set a record with a prize fund of $500,000, as he recounted in an interview with The Chess Drum earlier this month. He also addressed some of the intense discussion which has been going on via his Facebook profile since the tournament was announced. 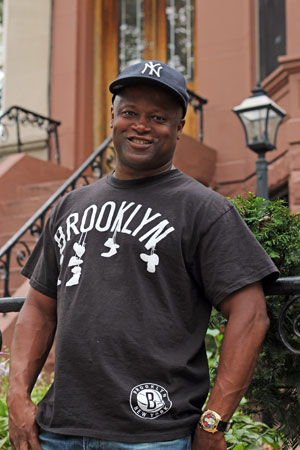 So far Ashley's charismatic persona and tireless championing of the concept hasn't been enough to sway the masses. It seems inconceivable that enough entries could come in prior to the self-imposed deadline to meet the 1500 player goal.


The laudable initiative shown in even attempting such an event hasn't been rewarded by the kind of grassroots groundswell of support Ashley needs.

Still, all tournaments struggle to attract early entries, and low preliminary numbers are not unusual. The question is whether it will be enough for the organizers to risk further outlay of time and money to keep the idea alive, until either more players commit, or outside sponsorship can be secured.

The early entry fee of $1000 is valid until July 31st. But players taking a "wait and see" approach may find that they've waited the tournament out of existence.