MVL-Wei Yi, Wojtaszek-Grischuk and Duda-Nepomniachtchi are among the first round pairings as the penultimate FIDE Grand Prix starts in Hamburg, Germany today. The third 16-player knockout will help determine which two players ultimately qualify for the 2020 Candidates Tournament and a chance to play a match against Magnus Carlsen. At the opening ceremony FIDE President Arkady Dvorkovich revealed bids for that match had been received from the UAE and Argentina and that the 2020 Olympiad is set to be moved from Khanty-Mansiysk to Moscow. 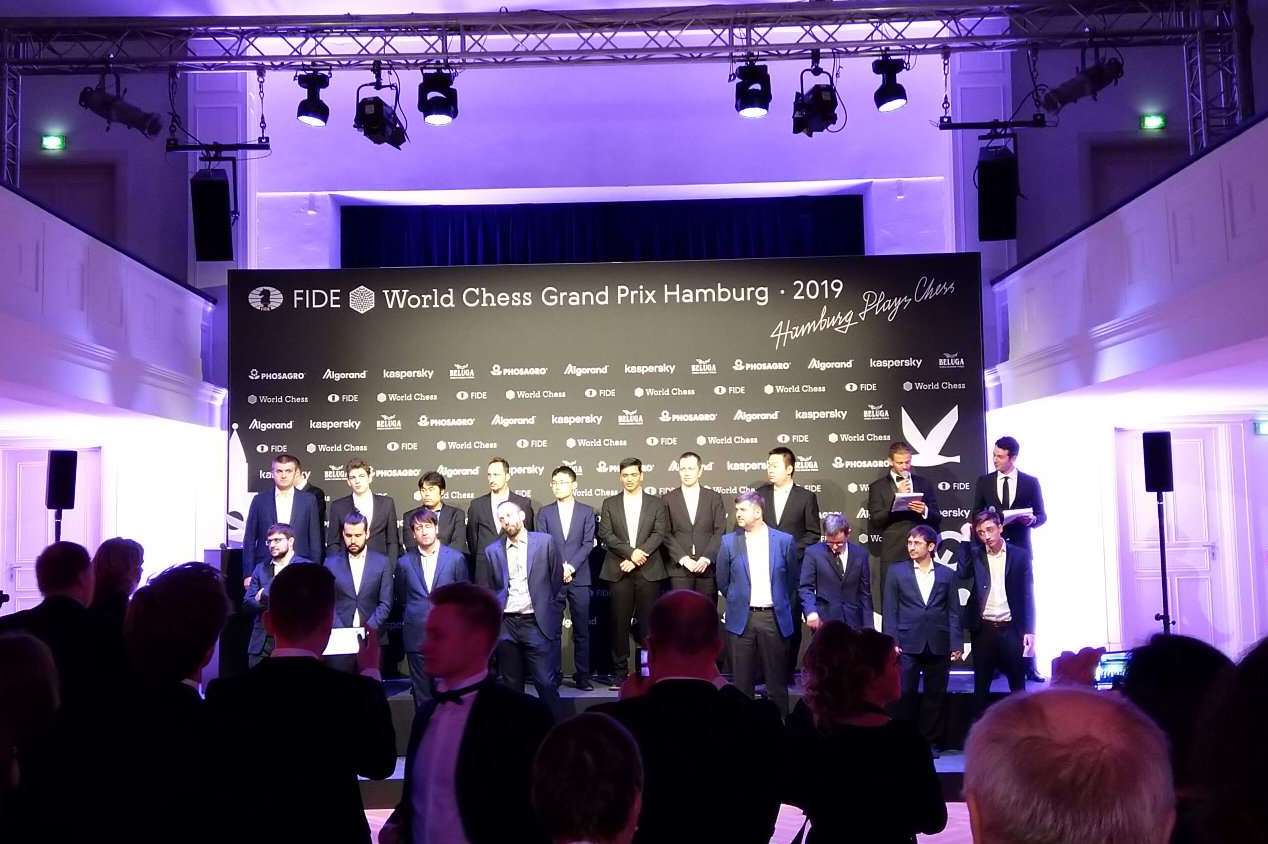 The 16 players at the drawing of lots in the Curio-Haus in Hamburg | photo: Oliver Koeller

The pairings are out for the FIDE Hamburg Grand Prix that will take place from 5-17 November in the Kehrwieder Theater in Hamburg’s renovated warehouse district:

As in Moscow (won by Nepomniachtchi) and Riga (won by Mamedyarov), the event is a 16-player knockout with two days of classical games in each round followed, if needed, by tiebreaks on the third day. Up for grabs is 130,000 euro in prize money, with 24,000 for first place, but of more importance are Grand Prix points that are distributed as follows:

There’s also an extra point for winning a match without needing tiebreaks. Each player competes in three of the four Grand Prix stages, with one stage still to come in Jerusalem from 11-23 December. The current standings are as follows:

The goal is to claim one of two places in the 8-player Candidates Tournament to be held in Yekaterinburg, Russia next March, joining:

FIDE Director General Emil Sutovsky has mentioned the possibility of a qualification event early next year between all eligible wild cards. Those are the players who just missed out through the World Cup (MVL), the FIDE Grand Swiss (Kirill Alekseenko) and Top 10 players by average rating for the last year – currently Mamedyarov, Nepomniachtchi, Grischuk and Aronian. The 3rd best finisher in the Grand Prix series would also be eligible.

With those details out of the way, let’s take a look at the Grand Prix series in terms of what the players are playing for – only the players in bold are in action in Hamburg (Mamedyarov, So, Karjakin, Giri and Aronian skip the event):

1. Already in the Candidates: Radjabov (0 points)

Every player in Hamburg starts with at least a mathematical chance of finishing in the overall top two of the Grand Prix if they score a maximum 12 points, but Teimour Radjabov is the one player who already knows he’s in the Candidates, after winning the World Cup. Of course that event also showed that despite losing to Nakamura in Round 1 in Moscow he’s not bad at knockouts! He can play for fun, or prizes, in Hamburg. 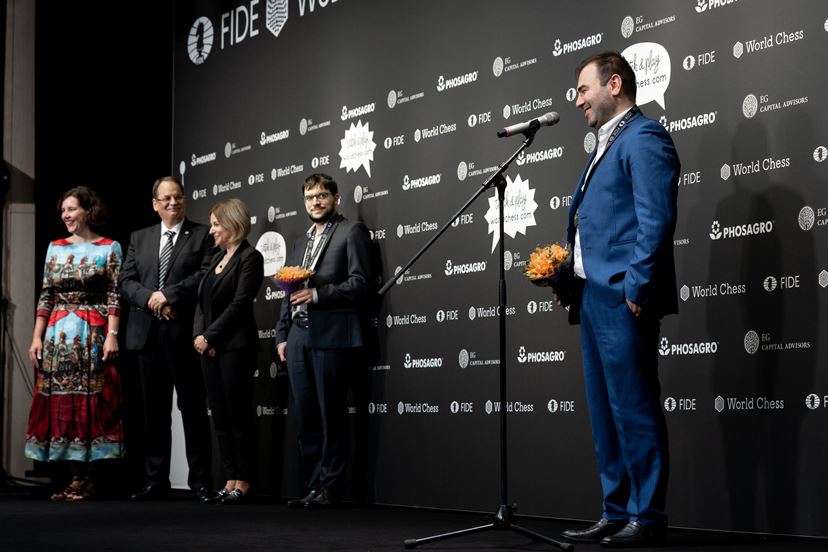 Mamedyarov beat MVL after their final in Riga went all the way to Armageddon, earning 10 points, but he also scored 0 in the Moscow Grand Prix | photo: Niki Riga, official website

Alexander Grischuk and Shakhriyar Mamedyarov currently top the table, but they’ve played two events and have only one to go. Shakh will play in Jerusalem when he should have a good idea what he needs to do, while Grischuk’s task is simply to try and score maximum points in Hamburg and hope for the best. It’s a vulnerable position, but on the other hand, being ahead of the field can’t be dismissed lightly, since it’s very possible for pursuers to lose in Round 1 and score 0 points in any given Grand Prix. Half of the 16-player field is always eliminated in 2-3 days. 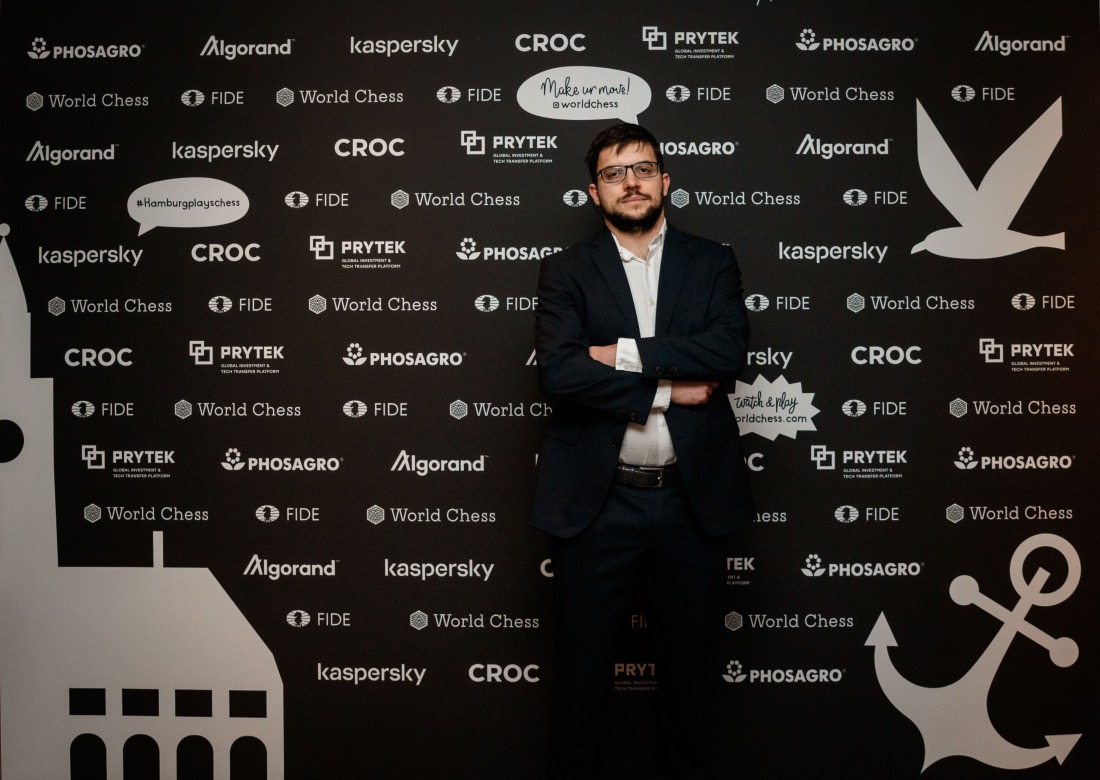 Can Maxime Vachier-Lagrave qualify for his first ever Candidates Tournament? | photo: World Chess/FIDE

The real leaders are perhaps Ian Nepomniachtchi and Maxime Vachier-Lagrave, who scored highly in Moscow and Riga and still have two stages of the Grand Prix to go. Radek Wojtaszek is also well-placed after getting to the quarterfinals and also getting two bonus points for beating Mamedyarov and Svidler in classical chess in Moscow.

These players did badly in a single Grand Prix but could certainly still challenge for Candidates places if they win, or come close, in both Hamburg and Jerusalem.

These players have all played two events and would need to win their remaining Grand Prix and still hope for a lot of planets to align to qualify for the Candidates via the series (of course Giri is likely to qualify by rating). Realistically they’re playing for pride and money at this point.

There have been other predictions for the Hamburg Grand Prix: 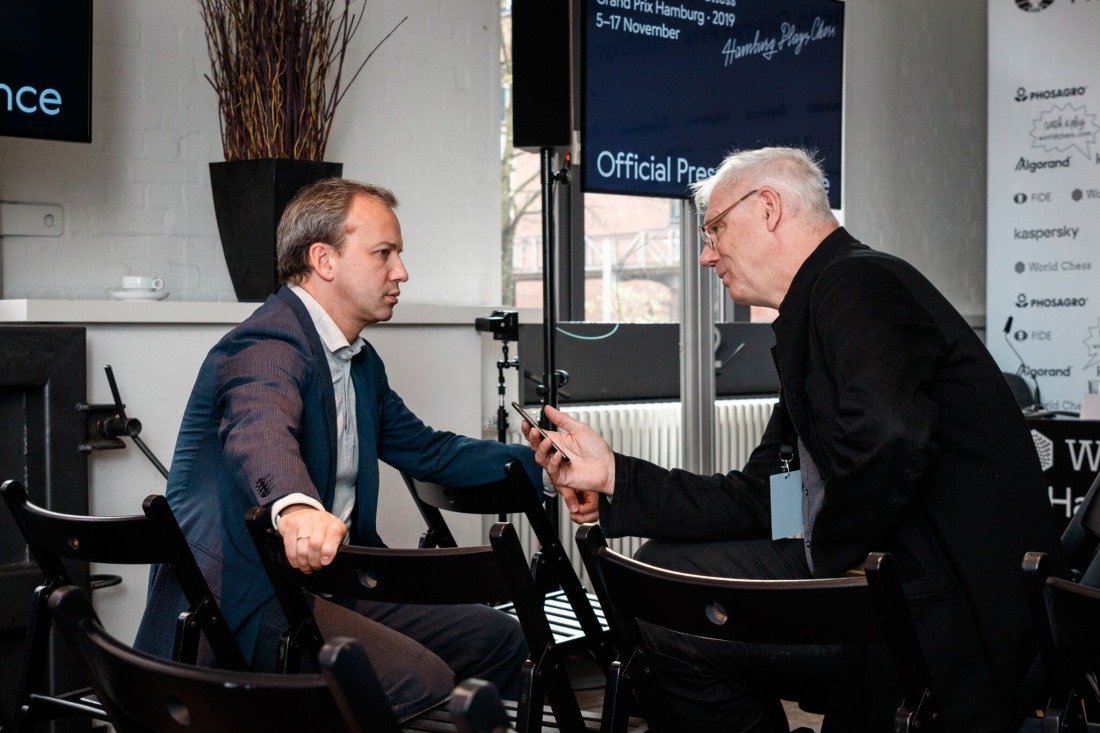 At the opening ceremony there was some surprising news from FIDE President Arkady Dvorkovich, who revealed that bids had been received from the United Arab Emirates (Dubai has been mentioned) and Argentina for the World Championship match that should take place in November 2020. The 2020 Olympiad, set to take place in August, is also expected to be switched from its planned Siberian venue of Khanty-Mansiysk to Moscow. Khanty-Mansiysk would instead host an inaugural Chess Paralympics.

All that remains is to say tune into from 15:00 CET when we’ll have all the action from Hamburg with live commentary in multiple languages here on chess24!