Jan-Krzysztof Duda showed incredible nerves and calculation under pressure to survive another examination by Alexander Grischuk and take the final of the Hamburg FIDE Grand Prix to tiebreaks. Grischuk would later comment, “Maybe a better calculator like Maxime Vachier-Lagrave would have found something, but he would not get this position because he doesn't play the Queen's Gambit, which is the most aggressive opening!” 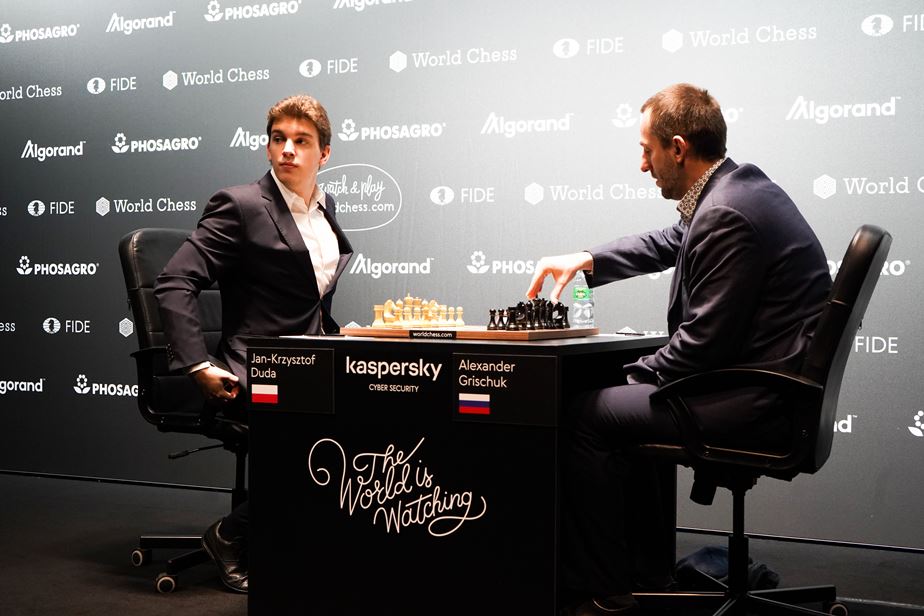 And here’s the day’s live commentary from Christof Sielecki and Kamil Plichta...

...and Evgeny Miroshnichenko, with a cameo appearance by Evgeny Tomashevsky:

Colours were reversed for Game 2 of the Hamburg FIDE Grand Prix final, but the scenario barely altered at all. Once again it was Jan-Krzysztof Duda who looked uncomfortable in the opening as he already spent 18 minutes on his 7th move.

His 7.Rc1 followed some known theory, but it looks as though known theory, including the move 11.a3!? may be wrong. 11…Bd7!, played after 30 minutes by Grischuk, was already posing serious problems for White:

Ba4 is a real threat, the queen is ready to come to a5 and White is a tempo short of being able to evacuate his king from the danger zone. After 37 minutes Duda took the bold decision to at least grab a pawn for his suffering with 12.Qxd5!?, which was met by the tricky 12…Rc8:

The c1-rook is undefended, so that Black is threatening to win a rook with Nd3+. The computer’s first move would be extremely easy to miss, but this was a day on which Duda, however low his time got, missed almost nothing. He played 13.e4!, allowing the f4-bishop to defend the rook on c1. 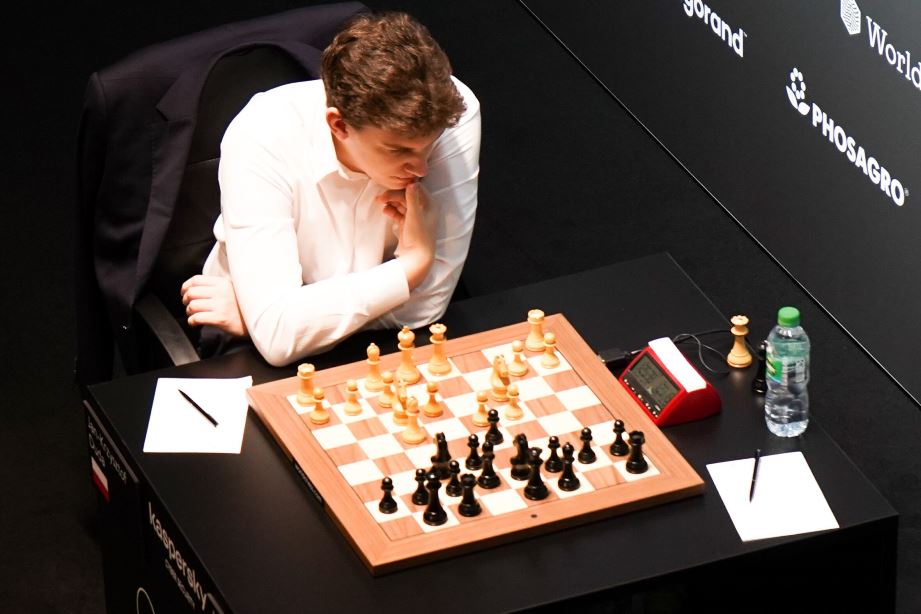 Evgeny Miroshnichenko thought that it might be game-over for White here, but Duda had seen that the only move 18.Qb3! holds things together – just! A check on a5 can now simply be met by Qb4. There were still more only moves to go: 18…Qc6 19.Be3! Bxe2 20.Bxc5! Bxf3 (20…Qxe4 was an option) 21.Qxf3 Qxc5 and finally the move Duda must have been longing for since move 11: 22.0-0 Suddenly his tightrope walk was over:

Black had some slight pressure in the ensuing technical position, but Duda wasn’t about to stumble now. He calmly steered the game to a draw in 38 moves, after what had been a fantastic high-level chess brawl.

Unfortunately we don’t get the interview with the players in Hamburg until the following day, but the one Grischuk quote from FIDE press officer Georgios Souleidis is a good one:

Maybe a better calculator like Maxime Vachier-Lagrave would have found something, but he would not get this position because he doesn't play the Queen's Gambit, which is the most aggressive opening!

That means that the final of the Hamburg Grand Prix goes to tiebreaks on Sunday – first two 25+10 games, then, if needed, two 10+10 games, then 5+3 and then finally, if we still don’t have a winner, Armageddon. As before, Alexander Grischuk needs to win if he doesn’t want to spend December sweating about the results in the final Jerusalem Grand Prix and how they impact his Candidates qualification.

The action begins at 15:00 CET, though you have our permission to be distracted by another event scheduled for the same time: Magnus Carlsen is back to play Banter Blitz against chess24 premium members! 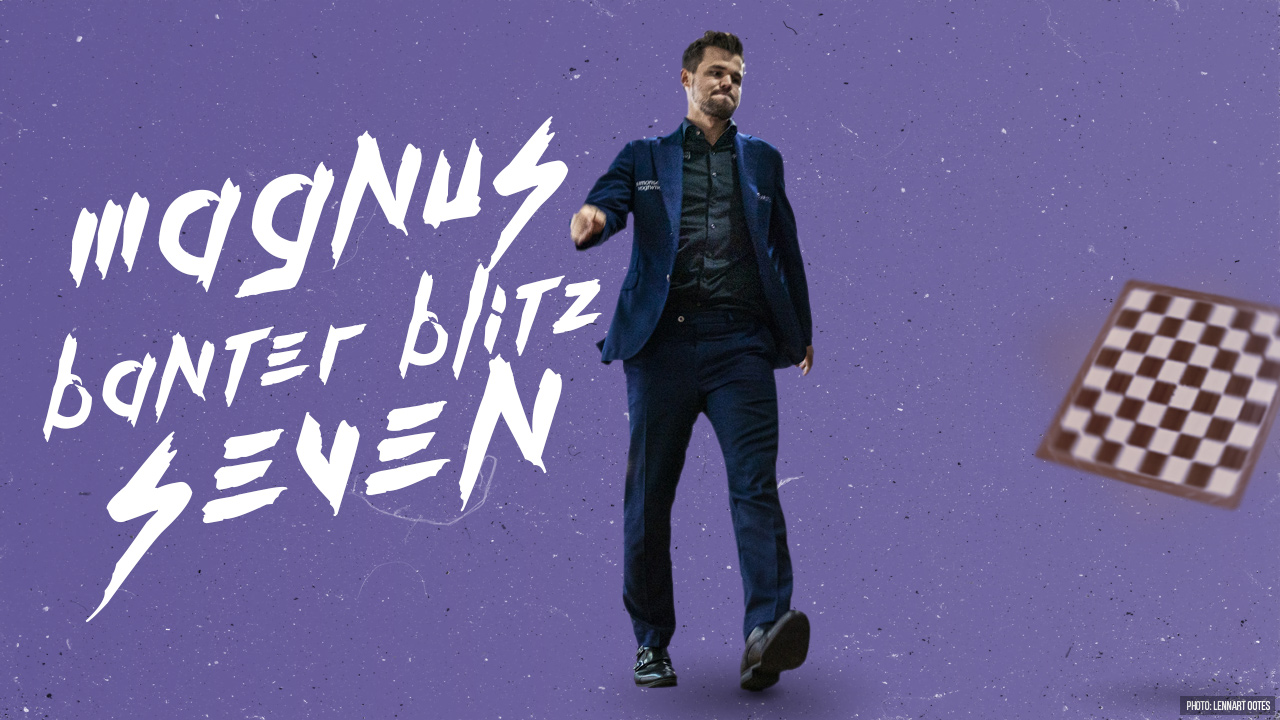 Follow all the action from the Hamburg Grand Prix here on chess24 from 15:00 CET!