There was no way back on Day 2 of the Hamburg FIDE Grand Prix as eight draws meant that Ian Nepomniachtchi, Wei Yi, Harikrishna and Hikaru Nakamura were all knocked out after losing their first games. Only Nepo really came close to making a comeback, but Jan-Krzysztof Duda held on a pawn down for a 132-move draw. The day’s one big missed chance saw Yu Yangyi do most of the hard work but fail to finish off Dmitry Jakovenko. That means four matches go to tiebreaks on Thursday. 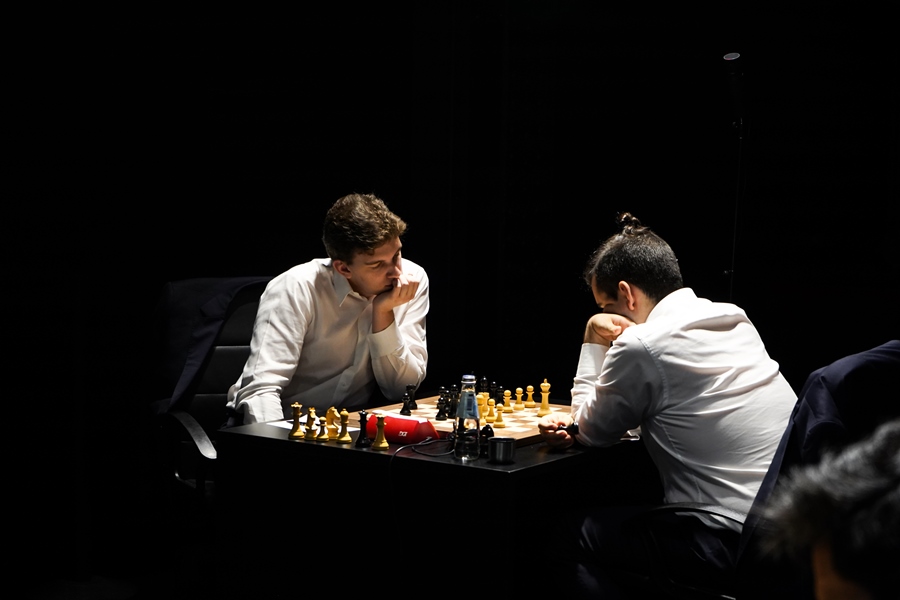 Jan-Krzysztof Duda knocked out Ian Nepomniachtchi, one of the favourites to qualify for the Candidates through the Grand Prix series | photo: Valeria Gordienko, official website

You can replay all the Hamburg FIDE Grand Prix games using the selector below:

And here’s Evgeny Miroshnichenko’s commentary on Day 2 in Hamburg: 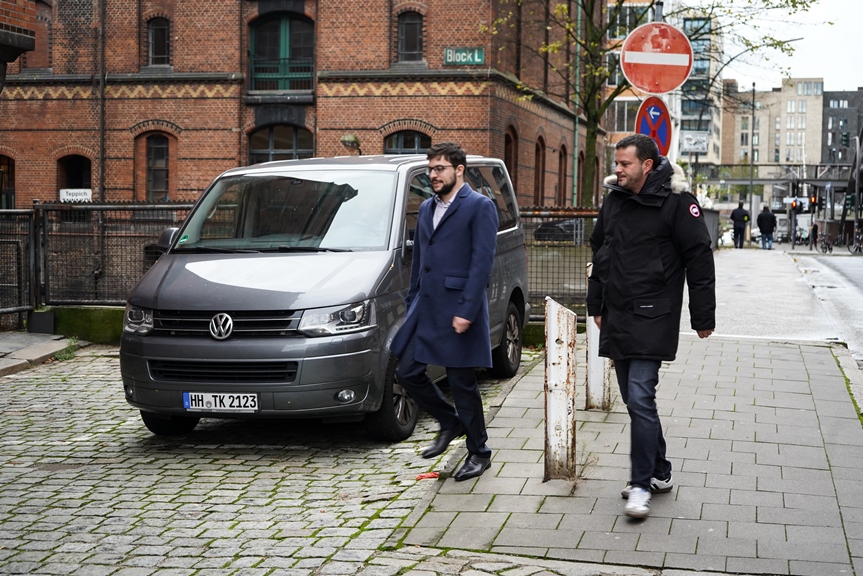 Once again on Wednesday we saw just how difficult it is to come back in a 2-game match against a strong opponent after losing the first game. None of the four players managed, with Maxime Vachier-Lagrave and Veselin Topalov setting up a repeat of their quarterfinal match in the Riga Grand Prix:

Wei Yi tried 6.Nb3 against MVL’s Najdorf and launched his kingside pawns up the board, but by the time 12.Ne2?! h6! was played Black was already clearly better:

In another situation Maxime might have played on at the end, but instead he took a draw by repetition on move 27 that secured his place in the next round.

He’s had time to recover since the World Cup after not playing on the Isle of Man or in Batumi, commenting:

I got some rest and I managed to work a bit on my chess and so far it’s paying off, but there’s no need to celebrate or relax just yet.

So far he's tied Mamedyarov and Grischuk as the series leader on 10 Grand Prix points after earning at least 1 point for getting to the quarterfinals and another for doing it in classical games. 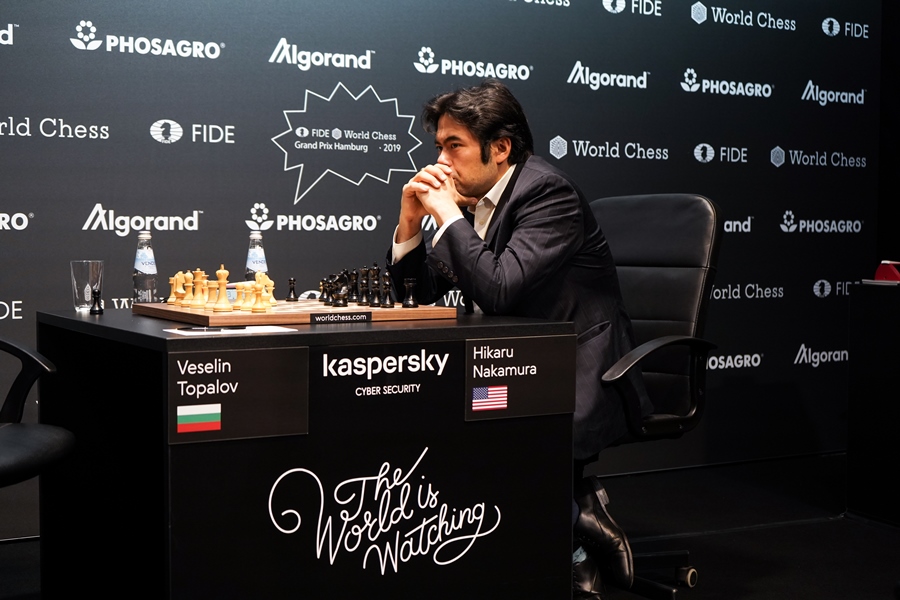 Hikaru Nakamura was one of the players with little to play for in Hamburg | photo: Valeria Gordienko, official website

As in Riga, his opponent will now be Veselin Topalov, who also took a draw from a position of strength against Hikaru Nakamura, in just 25 moves. Veselin’s 1.d4 already came as a disappointment to Hikaru who had hoped for 1.e4, and after a 3-minute think the US star went for the Queen’s Gambit Accepted. Hikaru admitted afterwards that Veselin could simply have exchanged queens early on for an almost guaranteed draw, but the Bulgarian felt he was better and played for more, a decision he later felt had been “a bit risky”. It all worked out for him, however, and now he’s hoping the rest day will allow him to get ready and do better than in Riga, where he lost the first game of the quarterfinal to MVL after playing tiebreaks against Nakamura. 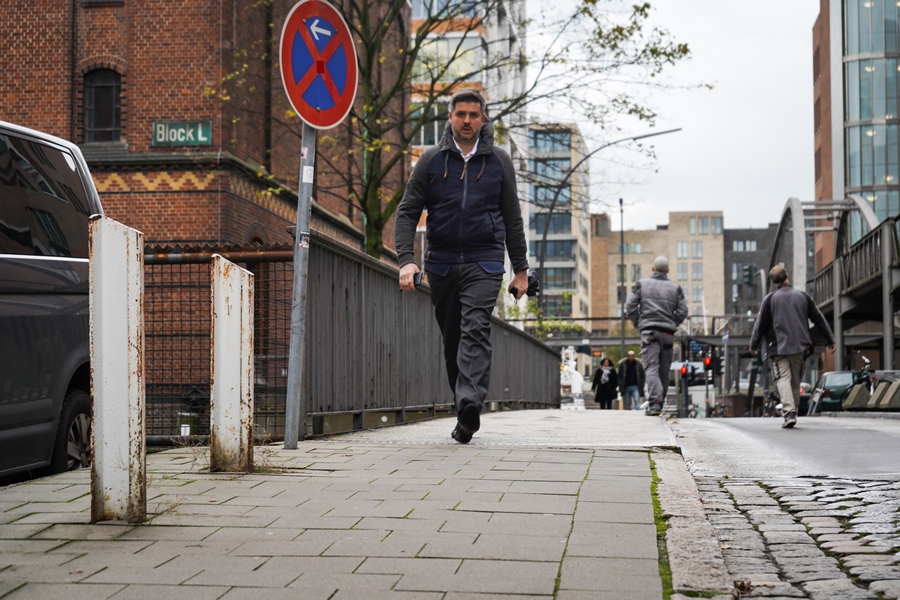 Peter Svidler is also through after Harikrishna was unable to get any traction in a Giuoco Piano that for once lived up to its name, but the one remaining “must-win” game was a lot more interesting. 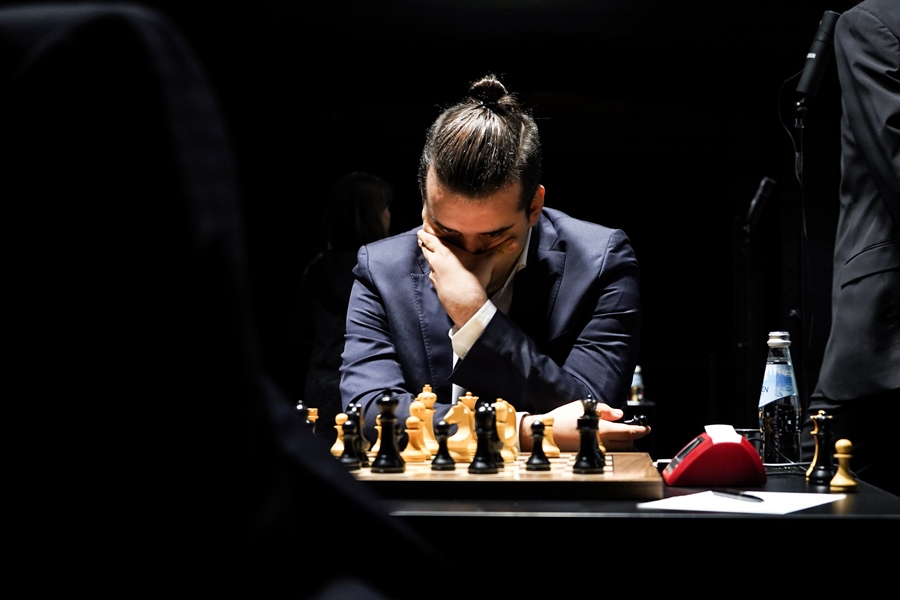 Jan-Krzysztof Duda’s technique in games where he only needs to draw was cast into doubt when he played the Dragon, sacrificed an exchange and went on to lose to Wesley So on Day 2 of the Moscow Grand Prix. Had the young Polish player learnt his lesson? Well, this time he played a hyper-accelerated version of the Dragon instead (1.e4 c5 2.Nf3 g6) against Ian Nepomniachtchi! He at least succeeded in getting queens off the board early, but at a high price:

White is rock solid, has more space and can attack the weak pawns on b6 and e7, with a half-open file in front of that e-pawn. Nepo set about trying to convert that advantage into the point he needed, but although he won a pawn he would ultimately be left frustrated as he left the event 117 moves later.

It meant he’d missed the chance to build on the 9 points he got for winning in Moscow, though a win in the final Grand Prix in Jerusalem might still be enough for him to qualify for the Candidates. He saw a silver lining, at least:

World Chess/Agon once again showed how badly it does PR for a company mainly based on PR: 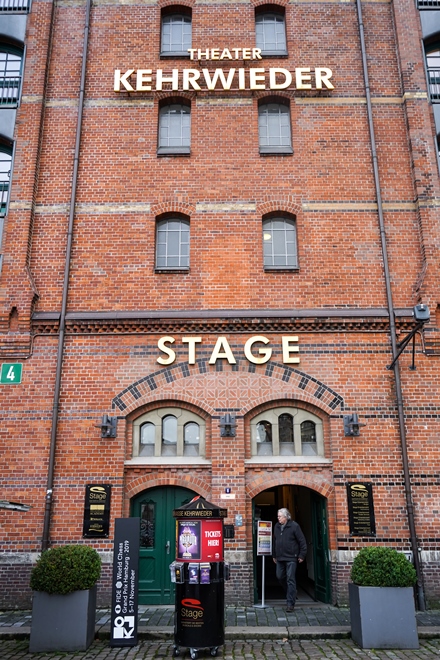 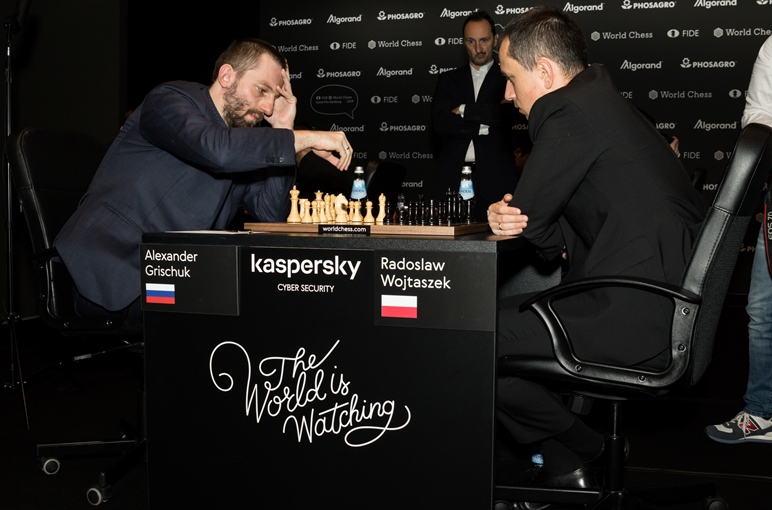 In most of the other matches no great risks were taken. Alexander Grischuk offered a 15-move draw to Radek Wojtaszek in a position where he might have been better but had been outprepared and was over 45 minutes behind on the clock. He told Georgios Souleidis:

I just think we should not spoil the spectators – yesterday they had enough fun!

I’m not enough of a dreamer to think I’m going to outplay the computer.

Daniil Dubov played a gambit line against Teimour Radjabov, but the game fizzled out into an 18-move draw, while Nikita Vitiugov felt his encounter with David Navara was also headed for a quiet draw until his opponent, “tried to lose the game”. 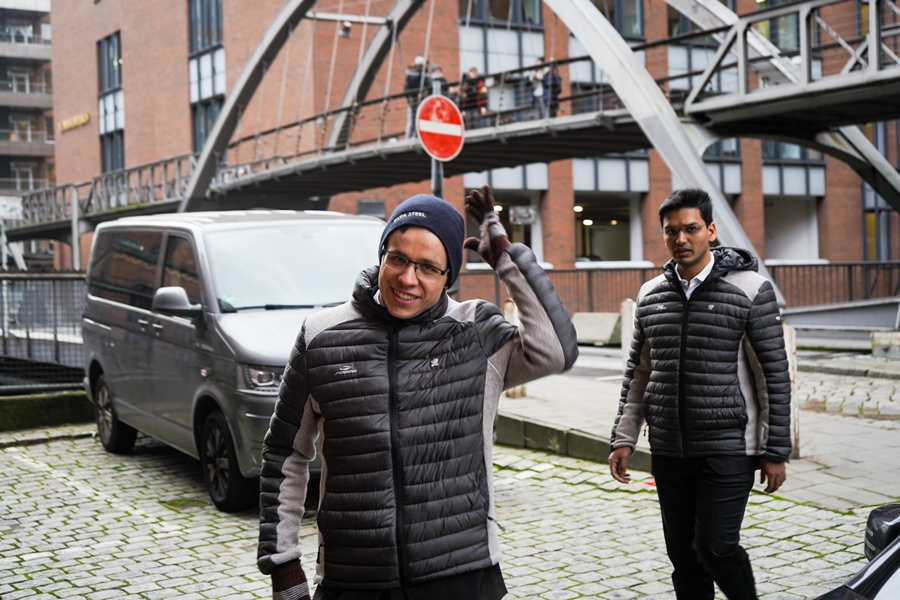 Exchanging opposite-coloured bishops to head for a rook endgame a pawn down was a less than obvious decision, but Navara explained he’d defended a similar position against Ding Liren in the 2018 Olympiad and knew exactly what to do. The game finished in stalemate on move 59.

That leaves Yu Yangyi-Jakovenko, where the Chinese star got to the brink of qualifying for the quarterfinals. He first stumbled on move 47 and then was given a second chance, before the win finally slipped away on move 52:

Needless to say such endings are incredibly tricky, but tablebases tell us that 52.Kd5 or 52.Kd6 were winning for White, while after 52.Kc7 Nc4! Dmitry Jakovenko was able to survive. 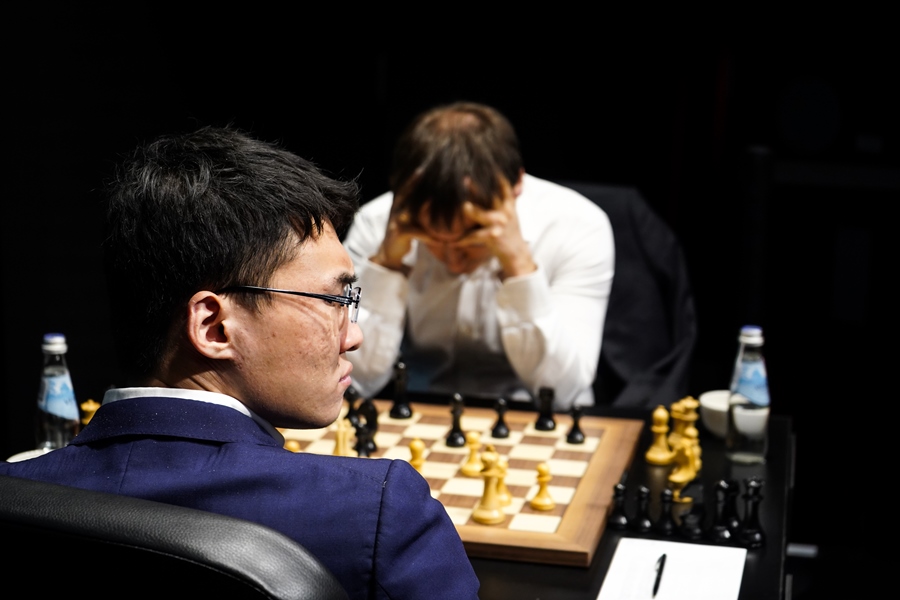 Yu Yangyi couldn't quite knock out Dmitry Jakovenko, but he'll get another chance in tiebreaks | photo: Valeria Gordienko, official website

That means Yu Yangyi-Jakovenko joins Navara-Vitiugov, Wojtaszek-Grischuk and Dubov-Radjabov in going to tiebreaks on Thursday, with the action again starting at 15:00 CET. Watch all the games live here on chess24!