Join us for an exciting Halloween celebration!

The most exciting 4-day costume party of the year starts Tuesday, October 26th, in the chess24 Arena. The Halloween Monster Mystery Bash returns, and you can jump in on the action wherever you are in the world. Get the chance to win premium Chessable courses... a chunk of the $5,000-prize pool... and plenty of bragging rights, too! 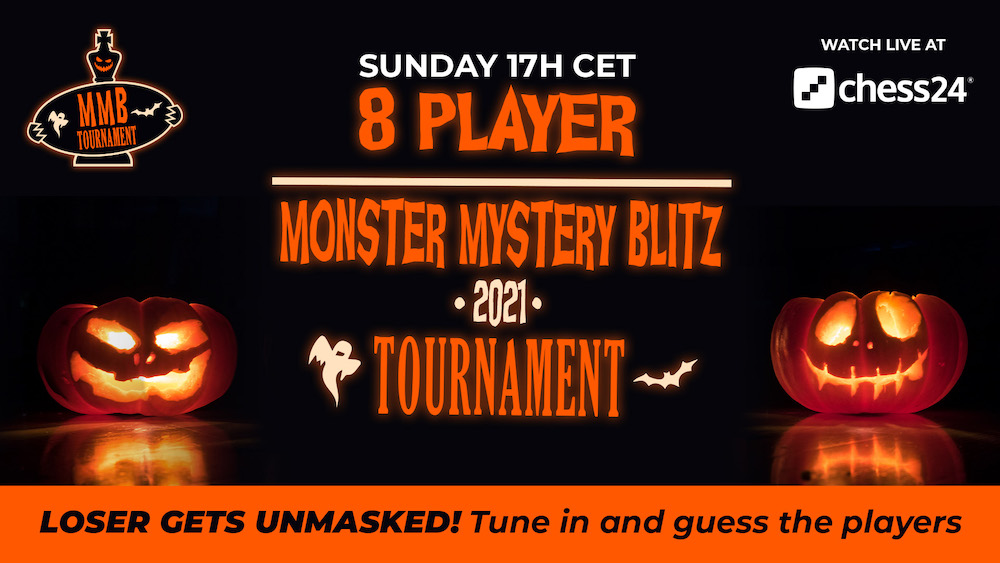 But only after surviving a first-round scare at the hands of Vjekoslav "Alien007" Nemec. 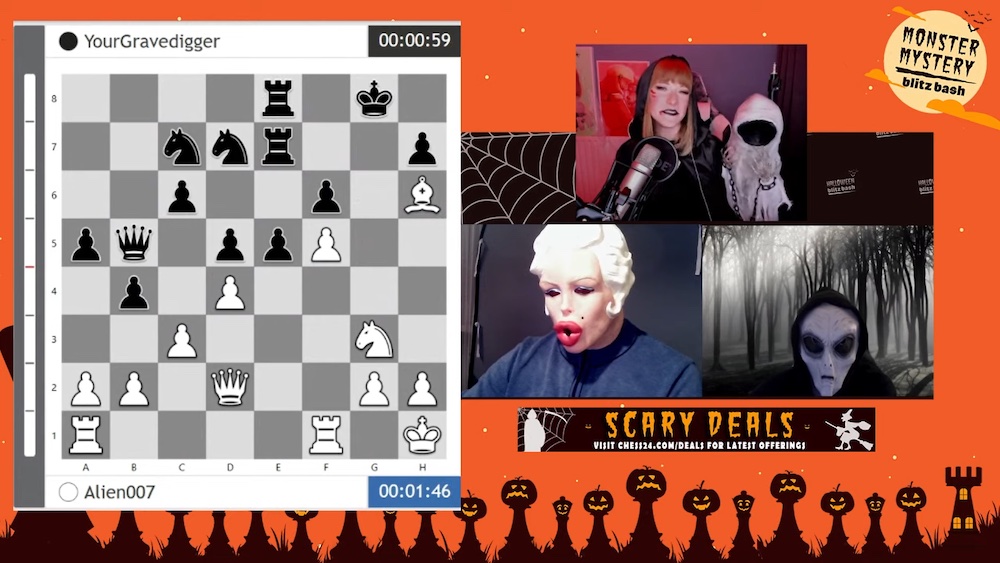 Vjekoslav might be rated 600 points lower, but that didn't stop him from getting a winning attack against Peter Svidler

Too bad Vjekoslav was unable to put away the 8-time Russian champion, missing his chance at immortality.

But wouldn't it be great if you too could get *this* close to beating a super grandmaster? Maybe with a little luck and preparation, you might just drive the point home, too!

If the thought drives you giddy with delight, then join the best blitz-tournament-slash-costume-party of 2021 for a chance to score an upset you'll remember for life.

Five super grandmasters are playing in this year's Halloween Monster Mystery Bash. But...

To grab your spot, win one of the  Arena Tournaments to be held on October 26, 28 and 30. Winners take home premium Chessable courses and get a shot at the $5,000-prize pool — all while enjoying the rare experience of playing with today's brightest chess stars. 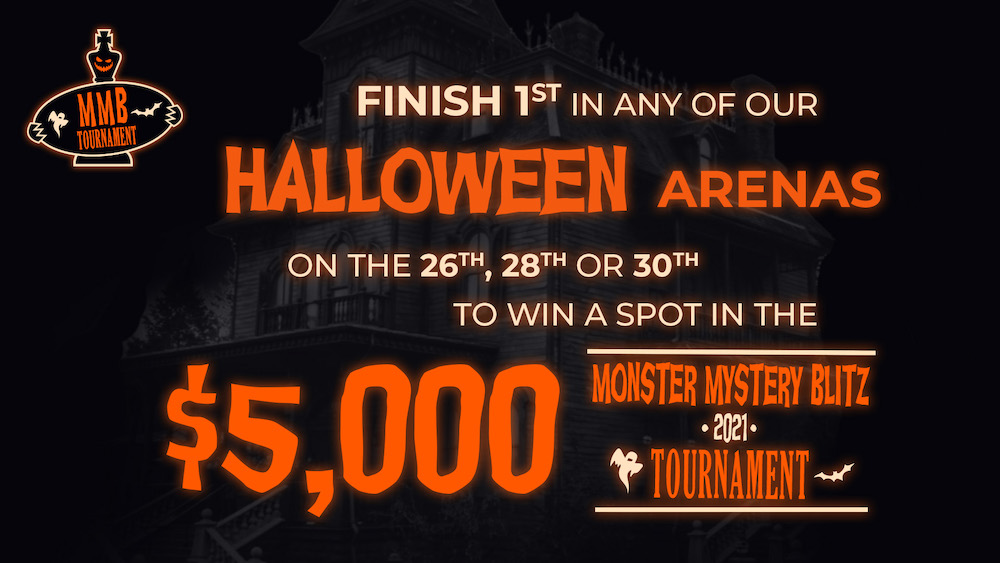 Here are the key dates at a glance:

In the main event — which will take place on the 31st of October — participants will play their games while wearing Halloween masks.

Each match consists of three 3'+2" games.

If the scores are level after three games the match will go to Armageddon, where the higher-rated player will take the white side. White gets five minutes against Black's four. But the second player gets draw odds to compensate for the time deficit.

After every round, the loser will reveal their identity and join the panel for a quick post-mortem analysis, which may or may not involve roasting.

The tournament broadcast begins at 17:00 CET, with Grandmaster Simon Williams and Mr. Dodgy to deliver play-by-play commentary and analysis for viewers.

Join any of the Arena Tournaments below, win first place and earn your spot alongside the best chess players today.