Valentina Gunina has won the European Individual Women's Championship for a second time, gaining 22 Elo points in the process. The 25-year-old Russian suffered a first round stumble – drawing against Romania’s WGM Irina Ionescu (2253) – but then went on a fantastic 7-game winning streak, so that two draws in her final games were sufficient to claim the title. Spanish IM David Martínez takes a look back at her performance. 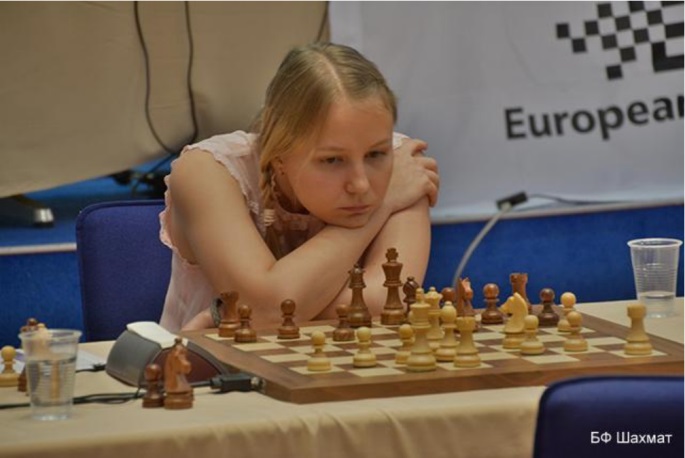 After becoming the sole leader on 5.5/6 Gunina had to face Ukraine’s Natalia Zhukova, who achieved a very promising position…

This is perhaps the key position of the whole tournament. Zhukova has an extra pawn, and although converting it into a win isn’t easy she had good chances. However, the tide is about to turn.

37. ♗c6? An ambitious move, aiming to capture a second pawn on b5, but one which leaves the king unprotected. This loses all of the edge and only precise defence can now save White.

37. ♕c6 or Qb7, protecting the bishop, would have retained the extra pawn with the king protected.

37... ♖d5! Blocking the access of the bishop, and indirectly the queen, to the kingside.

38. ♖xd2? Zhukova, perhaps in a state of shock, fails to find the defence. 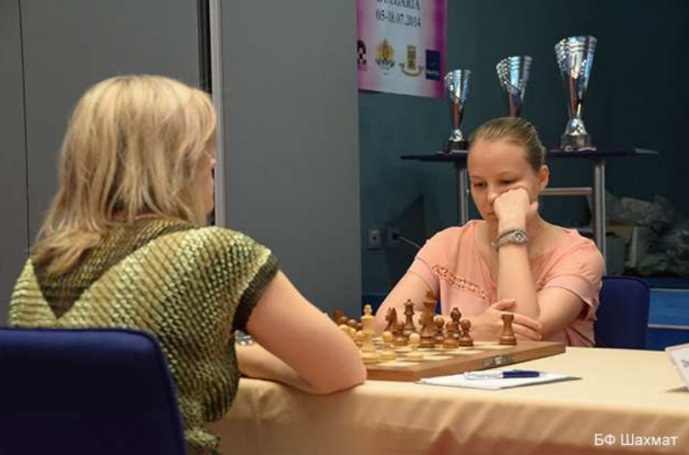 That game inspired Valentina to go on and win her next as well, putting herself a full point ahead of her pursuers:

I love how Valentina set about winning this ending. First of all, she easily won the d5-pawn.

37. ♘b3 ♖c2 38. ♖xd5 ♘c4 Up to this point everything is normal. We can see, however, that while White was winning the pawn the black pieces have activated. What now?

39. ♘d4! A very good move! Gunina rejects winning a second pawn… and gives up the extra one she has! What’s the point? Her pieces pose problems for the black king.

39... ♖a2 40. ♖b8+ ♔g7? Lela doesn’t sense the danger and tries to safeguard her king in the fianchettoed position. Better was

41. g4! The key move! Gunina looks to put a pawn on g5 in order to cut off the escape routes of the black king and give mate with the two rooks.

42... ♖b2 would put some obstacles in the way of White controlling the eighth rank. Nevertheless, after moving the rook to d8 or e8 and advancing the pawns on the kingside the black position would remain too cramped.

43. g5 hxg5 44. hxg5 White is going to double on the back rank and hunt the black king. Javakhishvili tries a final throw of the dice. 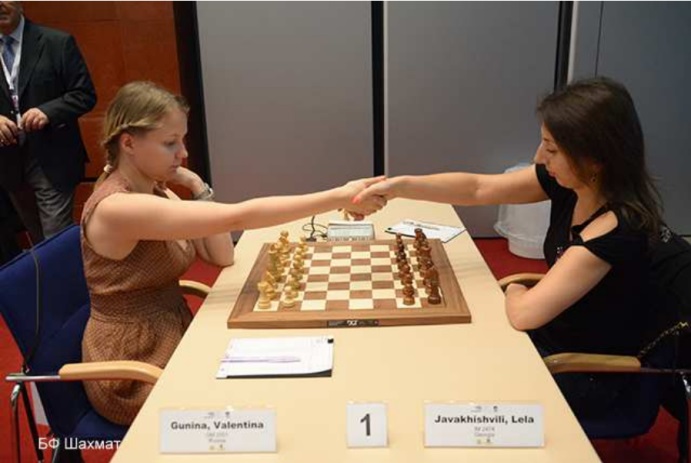 A fine triumph for the Russian player who finished a clear point ahead of another Russian player, Tatiana Kosintseva. Valentina explained after the tournament that after a short break she’ll focus on the Olympiad along with the other team members. She remains positive about a resolution of the problems concerning the Russian team taking part.