The Carlsen-Caruana World Championship match starts this Friday in London, and we’re thrilled to announce the most star power we’ve ever assembled for a broadcast. Peter Svidler will again be anchoring our show from Hamburg, where he’ll be joined by Sopiko Guramishvili, while 3-time World Blitz Champion Alexander Grischuk will be phoning in from Moscow and also play Banter Blitz against chess24 Premium members after the games are over. To boost the average rating even more, world no. 5 Anish Giri will take over from his better half Sopiko for the last four games and potential tiebreaks. 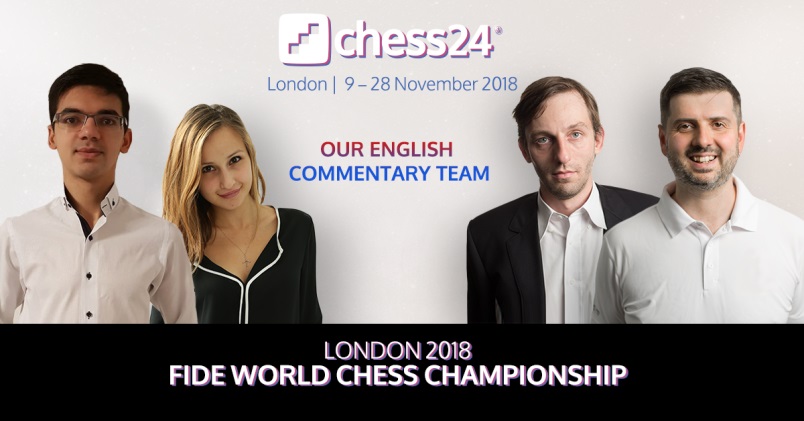 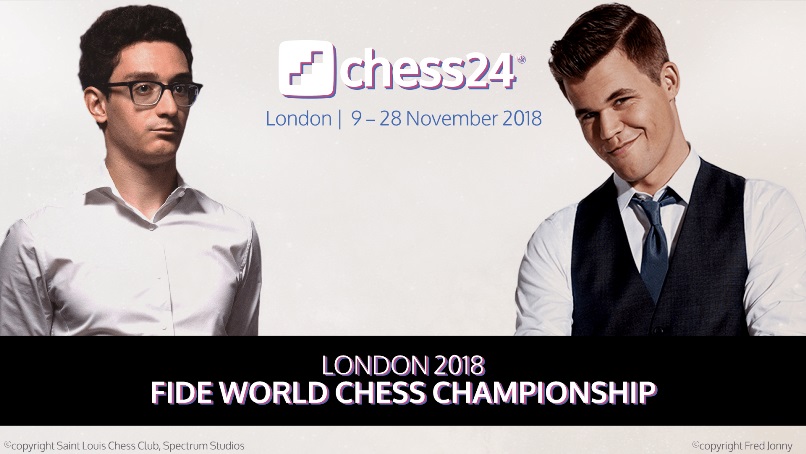 We’ll be covering every minute of the match here on chess24 in a show freely available to all, with the following commentary line-up in English:

Of course tiebreaks (4 rapid games, up to 10 blitz games, and then Armageddon) will only happen if neither player has reached the winning score of 6.5 in the 12 classical games. 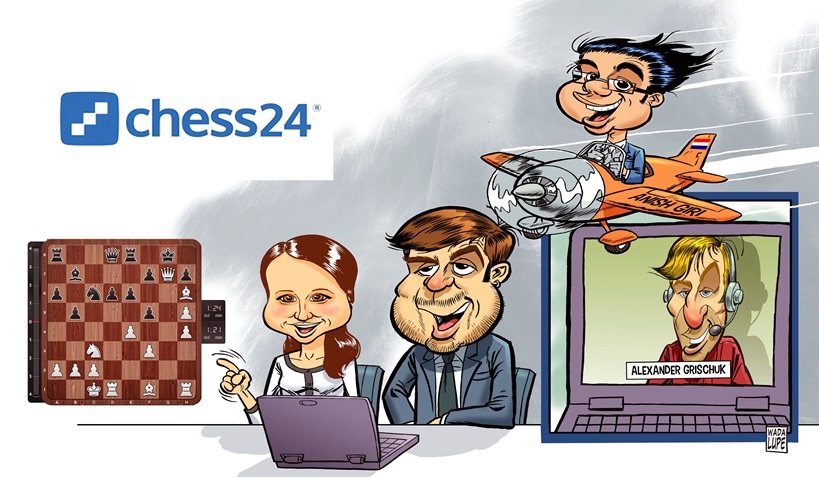 How it will really look! Sopiko & Peter are together again after commentating on the 2014 Carlsen-Anand match

We’ll also have commentary in Spanish, with David Martinez and Pepe Cuenca… 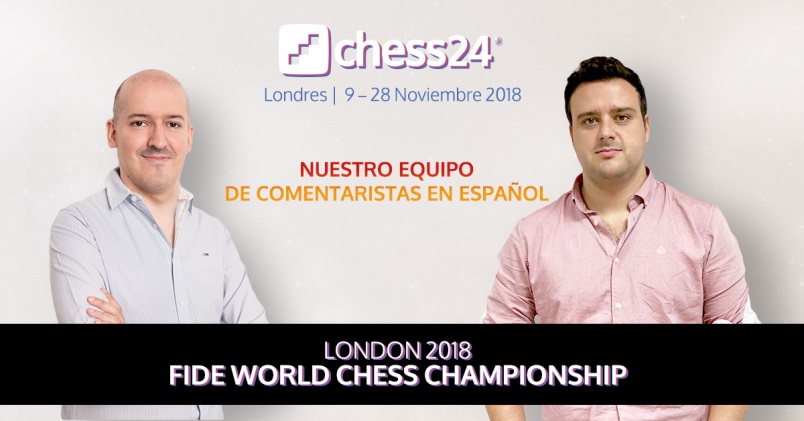 …and German, with Melanie and Nikolas Lubbe. 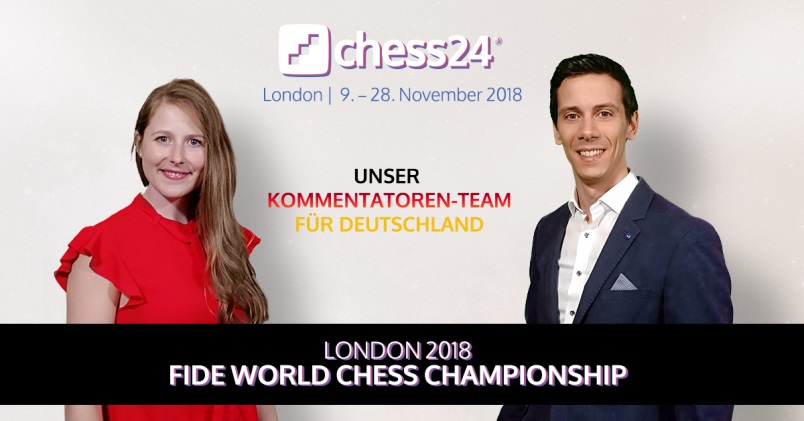 It's not just live commentary, though! As mentioned in the introduction, if you’re a chess24 Premium Member you’ll have the unique chance to play against 3-time World Blitz Champion and current world no. 9 Alexander Grischuk, who will be playing Banter Blitz each day after the games have finished in London. That may get intense!

Then on each of the rest days we’re planning more Banter Blitz with our other star commentators Peter Svidler, Sopiko Guramishvili and Anish Giri. As details become known they’ll be posted in the interactive schedule of our special chess24 Carlsen-Caruana World Chess Championship page.

A new member of the Guramishvili/Giri household!

That’s still not all, as we’ll of course have news reports on each round as well as video analysis of each game, usually by none other than Peter Svidler.

We have another exciting project lined up that promises to provide a unique perspective on the match, but we can’t reveal any more details just yet!

So what can we expect from the match?

Well, it couldn’t be more finely poised, since for the first time since 1990 we have the world no. 1 and the world no. 2 playing each other for the title, and rather than the 70-point gap Garry Kasparov had back then over Anatoly Karpov there’s a mere 3 points separating Magnus and Fabiano:

You might note that both players reached their peak rating in 2014, with Magnus that year becoming the World Champion in classical, rapid and blitz chess and hitting an astronomical 2880 rating (2889.2 on the live rating list), while Fabiano Caruana had his stunning 7-win start to the Sinquefield Cup and himself hit 2844 (2851.3 on live). At the time Jan Gustafsson and Lawrence Trent filmed a series on the games between the two, entitled Carlsen vs. Caruana: Past, Present and Future. It’s now been renamed:

We were hoping for a match back then, and while it’s been a long 4-year wait it’s finally here. That meant, of course, that it was time for a new series, with Jan and Pepe Cuenca looking at all the classical games Magnus and Fabi played against each other since 2014, before assessing the two players and giving their match predictions:

It’s well-worth watching, if only to see grandmasters attempting to add up! You need to Go Premium to watch the full series, but we hope you’ll consider that anyway in order to support our broadcasts and enjoy the best possible World Championship experience (no adverts or chat restrictions, a database and opening tree instantly updated as the position on the board changes, cloud analysis of any move you make, and more). Plus there are hundreds of other exclusive videos, of course. If you want to delve deeper into the Magnus Carlsen phenomenon you can check out some more series:

So we’re down to the final days before the match, and you may want to follow chess24 on Twitter to keep up-to-date with the torrent of material being released about the match… with some memorable updates coming directly from Magnus and his team:

In the right mood he can give journalists quotes to die for:

Magnus even turned up at the launch of a chess pub in Oslo!

Fabiano has been staying away from the social media mind games, but he’s been featured in some top publications:

And you might for instance ask what Caruana's second Rustam Kasimdzhanov is doing with Cristian Chirila and Alejandro Ramirez on the Costa del Sol, with Gibraltar, Africa (and Fabi!?) visible in the distance:

Other sightings have been even less convincing!

What is sure is that we don’t have long to wait now until Magnus and Fabi sit down opposite each for 3 weeks of deadly combat. Join us on Friday as the match begins in London!