Playing chess in a style as unmistakeable as it was effective, Peru's no. 1 Julio Granda swept to victory in the Andorra Open. The almost 170-player event held in Hotel Sant Gothard from 18 to 26 July saw 48-year-old Granda score 8 points out of 9 - a performance that, when combined with his fine result in the Benasque Open, saw him climb 40 places in the rankings to world no. 59! 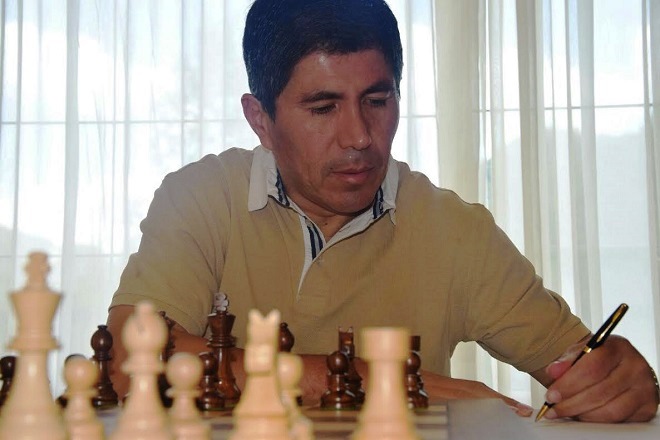 Julio Granda - another chess veteran showing that a chess career needn't wind down after you turn 40 | photo: courtesy of the Andorra Open

Julio Granda's fans, who are numerous on both sides of the Atlantic thanks both to his chess and personality, were given a real treat during the Andorra Open. The Peruvian, who shared his profound understanding in three hours of Spanish videos for our site, condensed the essence of his chess into a 22-move final game. Enjoy!

Larsen's Opening, 1. b3, doesn't aspire to achieving an opening advantage, but leads to a strategically complex middlegame with many pieces left on the board.

5... a6 is the move GM Iván Salgado recommends in his Spanish videos for chess24.

6. ♘a3 A typical move which, although it doesn't substantially alter the position, makes it clear that a great player is sitting behind the white pieces. Julio is going to delay castling in order to try and put pressure on the black centre as soon as possible. This is one of the fundamental features of the "Hypermodern" movement in chess, which developed in the 20s and 30s of the last century: allow your opponent to build up a big centre so you can attack it!

6... e4 Demuth advances the pawn, which is a small triumph for Julio, although not yet anything significant. The machines, that have revolutionised all areas of modern chess, teach us the right way to counter White's idea:

6... ♘e7! A move played without any complexes! The idea is simply to play c6. Black's problem is that White has a number of moves that will force him to play very concretely - but it all works out for him.

b) 7. ♘g3 c6 8. ♗e2 is the most modest solution and the one that Julio would probably have chosen after finding that the concrete lines we've noted promise nothing good for White. After 8... ♗c7 , followed by d5, Black is doing well, although White also has no real problems. A balanced game, with a big struggle ahead!

11... c5 Very logical - both opening up the centre and getting rid of the doubled pawns.

12. dxc5 ♗xc5 13. O-O ♗b4 Demuth wants to try and seize the initiative before the white rooks reach the centre, but it might have been better not to waste this tempo, since as we'll see in the game the black bishop isn't going to prove effective against d2. Better would have been c6 immediately, followed by Qe7 and then bringing the rooks into play.

14. ♘f4 c6 15. ♕c2 The critical moment of the game. Granda is ready to put his rooks on c1 and d1, move the knight from d2 and look for a slight advantage. Demuth could still play something like Qe7 or Rc8 and have an acceptable position, but he's already taken his decision, or at least it must have been his intention to commit the following mistake:

16. ♕xd2 dxc4 "What's the problem?", the player with the black pieces must have asked himself. He's captured a pawn and it seems that even if White manages to capture on c4 the a6-bishop will be very well placed to besiege that pawn. Granda's enormous chess understanding and how effectively he handles such positions will become patently clear once more, since he wins this position in only five moves. Prepare to be impressed!

17. ♕c3! A calm move, but one which instills great fear on the long diagonal.

18. ♕a5! A fine move that's very hard to make. Granda was able to spot the one flaw of putting the black queen on e7 rather than d8 - it loses control of the a5-square! Focussing on squares that were under control before a move but now are not is a thinking method that can help us "mortals" to find the possible drawbacks of our opponent's moves (or see those of our own). For a genius like Julio this all occurs very naturally. The black bishop is now forced to abandon its favourite diagonal.

19. bxc4 Julio has managed to recapture on c4 and seize the initiative. The threat of the bishop coming to a3 is very unpleasant for Black.

19... ♖fd8 20. ♖ab1 ♘e8 Falling headfirst into a losing mini-combination, but it was already very difficult to suggest anything for Black, who can barely move.

21. ♗a3 ♕d7 22. ♕b4! The white queen has completed its attractive dance on the dark squares, now delivering the fork that decides the game. There's no way to avoid losing material, since both capturing the b7-bishop and mate on f8 are threatened. If 22...Nd6 then 23. Rfd1 would follow and the knight is lost. Demuth resigned. A brilliant strategic victory for Peruvian Grandmaster Julio Granda. 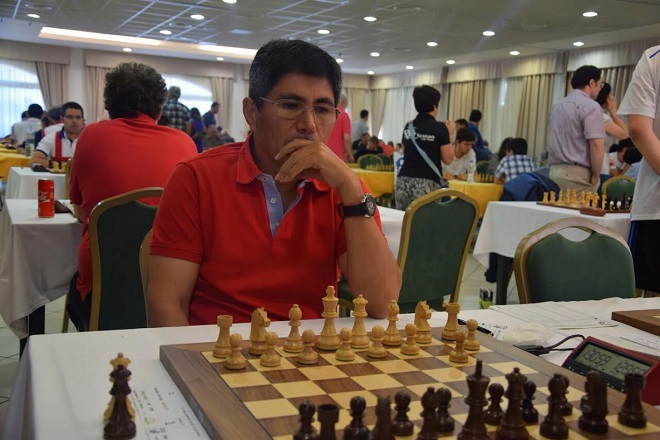 The power of simplicity: 1.b3!

The last game was far from the only one in which Julio shone. It's impossible to ignore the apparent ease with which he defeated top seed Vladislav Tkachiev (2661), pressing positionally from start to finish.

You can play through the top five games in each round using the selector below:

Julio's exploits are even more impressive if you note that he's now climbed to world no. 59 and surpassed Nigel Short, making it possible for him to boast no-one is older and higher-rated. Can he add another 21 points to become a 2700 grandmaster? Many would bet on it! 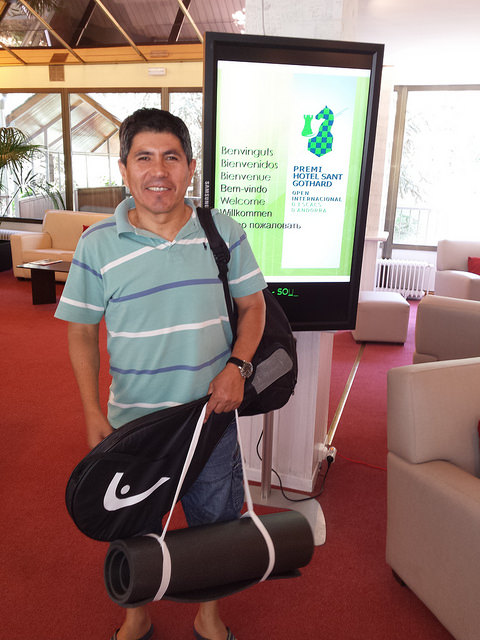 Julio Granda is not only a mean chess player!

Half a point behind Julio in second place was Ukraine's GM Andrey Vovk (2621), who scored a fine win against Venezuelan no. 1 Eduardo Iturrizaga and showed no nerves in the final round as he crushed GM Thal Abergel.

The organisation once more lived up to the chess, with GM Óscar de la Riva keeping everything running like clockwork. It was very easy to follow the event due to the excellent official website with results on chess-results, numerous photos and a YouTube channel. The following photos also suggest the players had a decent time 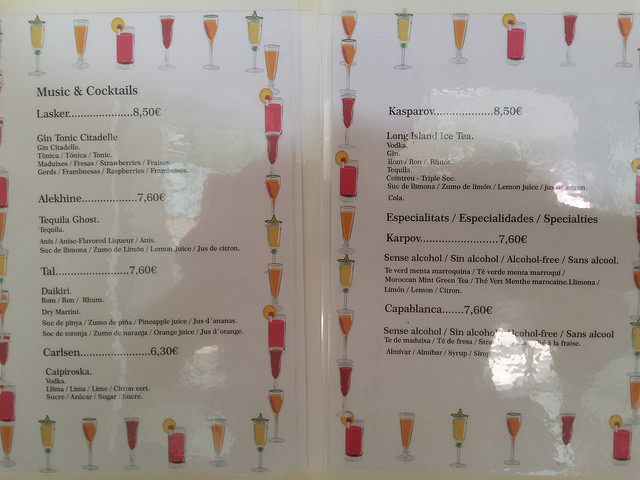 Will you play better after "drinking" a World Champion?

So to sum up - a great tournament ended with a great winner! Congratulations, Julio!