The fourth and final stage of the 2014-15 FIDE Grand Prix begins on Thursday, and by the time it’s over we’ll know two players who will join Vishy Anand in the 2016 Candidates Tournament – the qualifier to play a World Championship match against Magnus Carlsen. New soon-to-be US teammates Fabiano Caruana and Hikaru Nakamura are among the favourites, but every player competing in Khanty-Mansiysk has at least a mathematical chance of qualification! 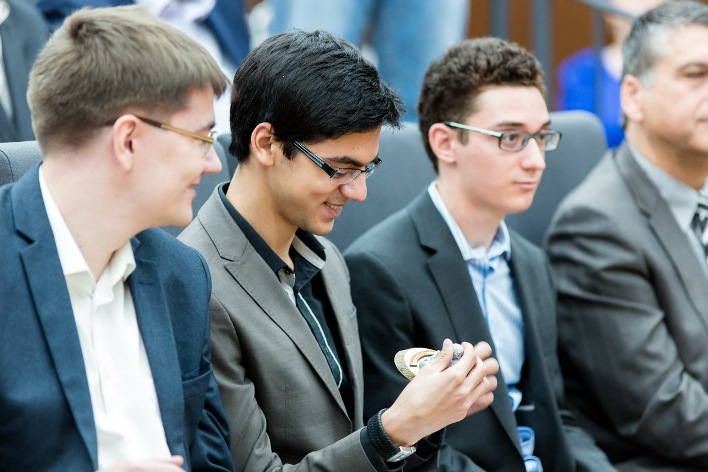 The Khanty-Mansiysk Grand Prix is a 12-player, 11-round tournament that starts tomorrow at 12:00 CEST.

The Round 1 pairings are as follows:

Grandmaster Jan Gustafsson previewed the event for chess24, first taking a look at the Road to the 2016 World Championship and then focusing on the three Grand Prix favourites: Fabiano Caruana, Hikaru Nakamura and Evgeny Tomashevsky:

Let’s follow up on Jan's work by taking a detailed look at how players can qualify for the 2016 Candidates Tournament.

The current standings in the 2014-5 FIDE Grand Prix series are given below. Each player competes in three of the four events, all results count, and the cross (x) shows the players who will play in Khanty-Mansiysk. The final column shows the odds of a player finishing in the Top 2 and qualifying for the Candidates Tournament, as calculated by Tai Pruce-Zimmerman in his fascinating Chess by the Numbers blog (update: we've now changed the numbers to reflect Pruce-Zimmerman's latest calculations, based on the event pairings and the current live ratings): 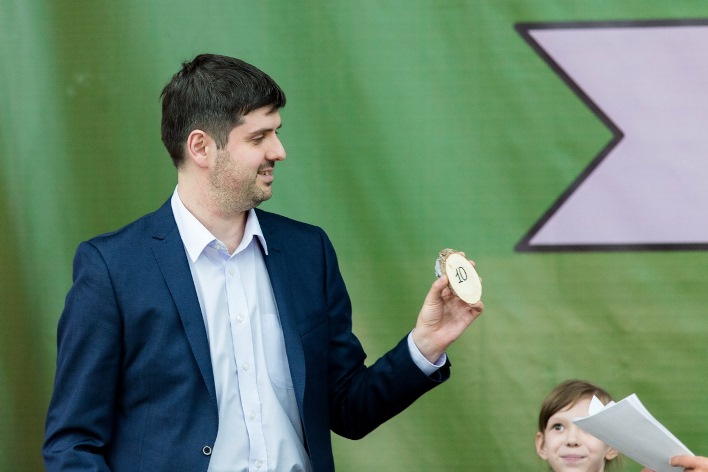 Peter Svidler wasn't letting his 0.1% chance of qualifying get him down! | photo: official website

The chances of winning the Grand Prix are only part of the picture when it comes to Candidates Tournament qualification, though, so to explain some of the players’ motivations in Khanty-Mansiysk we have to look at other possible routes to qualification.

Jan was dwarfed by the current leader, who has his eyes on the Grand Prix trophy | photo: official website

It’s worth looking at the race to qualify by rating in greater detail. The relevant rating is the average of all 12 monthly rating lists for 2015. After 5 months we have (an asterisk shows a player competing in Khanty-Mansiysk):

You can see that Giri and Grischuk, whose chances of finishing in the Top 2 of the Grand Prix series are slim, might actually be keen to see Caruana and Nakamura win the Grand Prix series! That would remove two of their closest ratings rivals from the race while, in contrast, a Grand Prix victory for Tomashevsky and Gelfand would be their nightmare scenario.

Update: Martin Bennedik made a reasonable suggestion on Twitter:

We can see there that Nakamura has moved ahead of Grischuk and Kramnik ahead of Giri, but of course Grischuk and Giri's ratings and hence any predictions based on them are likely to change in the next two weeks.

Of course the players in Khanty-Mansiysk also have a vested interest simply in increasing or maintaining their ratings during the Grand Prix. 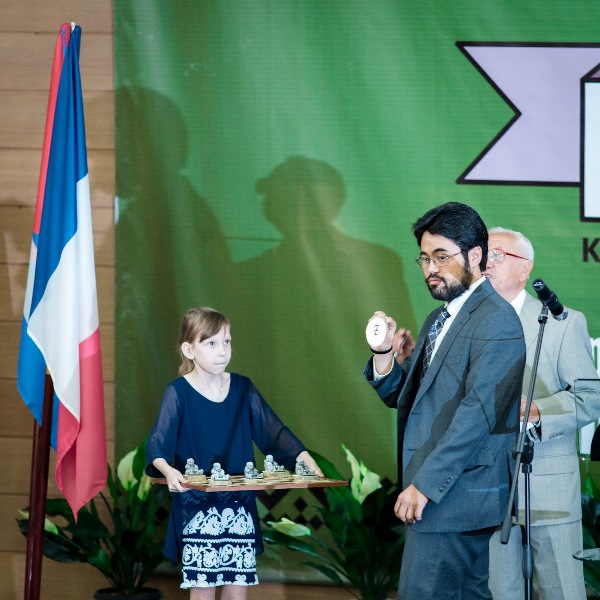 Nakamura started the year with a relatively low 2776 rating, but if he keeps up his current level he might not need to qualify via the Grand Prix | photo: official website

Just to confuse matters still further, it’s worth pointing out that 3rd place in the Grand Prix series might still be enough. All that would require is for one of the Grand Prix qualifiers to get to the final of the World Cup – or for a qualified Candidates Tournament player to withdraw for any reason.

Another point of note is that Kramnik and Aronian’s chances of qualifying for the Candidates Tournament now seem to lie – barring a ratings surge or a wild-card nomination – in the 128-player World Cup knockout in Baku this September. 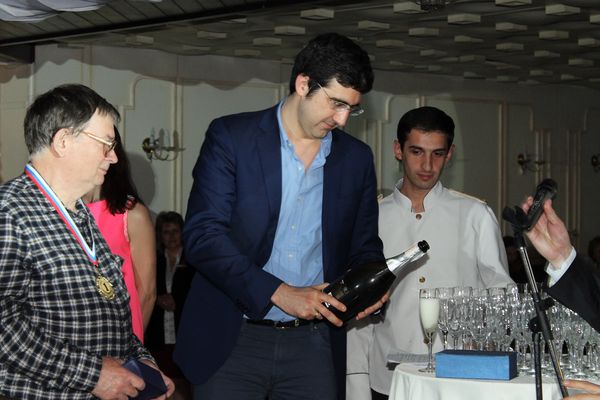 Vladimir Kramnik and Levon Aronian earned some champagne - and rating points - for helping Siberia to win the Russian Team Championship recently, but was it too little too late? | photo: Russian Chess Federation

Vladimir did manage to win in Tromsø in 2013, but it’s a very tough trick to pull off even once, never mind twice in a row. The same seems to apply to Wesley So, with US Championship Chief Arbiter Tony Rich no doubt hoping the ratings points the young player lost when he was forfeited against Varuzhan Akobian don't later make a crucial difference.

But enough of the bigger picture! For the next two weeks we get to watch another 11 days of chess action featuring 12 top players. The really dedicated can even warm up by watching the opening ceremony

We’ll of course have all the games live here on chess24 and you can also watch on our free mobile apps: