The Women’s World Championship match between Aleksandra Goryachkina and Ju Wenjun will be decided in speed chess tiebreaks on Friday after Goryachkina won the final game to tie the match 6:6. Her opening choice 1.d4 d5 2.Nc3!? proved inspired, as Ju Wenjun spent almost 20 minutes on move 2 and was later short of time at the critical moments. As in the last two matches starring Magnus Carlsen, the tiebreaks will consist of up to four 25-minute rapid games, followed, if needed, by blitz and then potentially Armageddon. 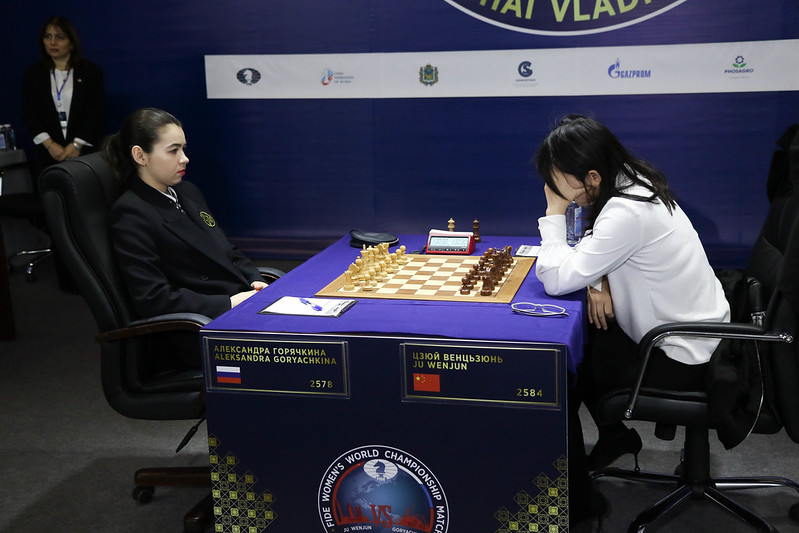 You can replay all the Women’s World Championship match games using the selector below:

And here’s Hou Yifan and Nigel Short’s commentary on the all-important 12th game:

Peter Svidler, who was on Team Kramnik for the 2004 World Championship match where Vladimir had beat Peter Leko on demand in the final game to retain his title, paid tribute to Aleksandra Goryachkina’s feat in the introduction to today’s Banter Blitz show. His praise included:

One of her strongest suits is how unflappable she is and how well she deals with extreme pressure.

Svidler also explained that Kramnik had gone more or less all-in in the penultimate game as well, playing the Benoni with Black. Goryachkina chose a completely different strategy after losing Games 9 and 10: she played the rock-solid Berlin and had no objection to the 11th game ending in an uneventful 40-move draw – amazingly that tied Game 2 as the quickest of the match! 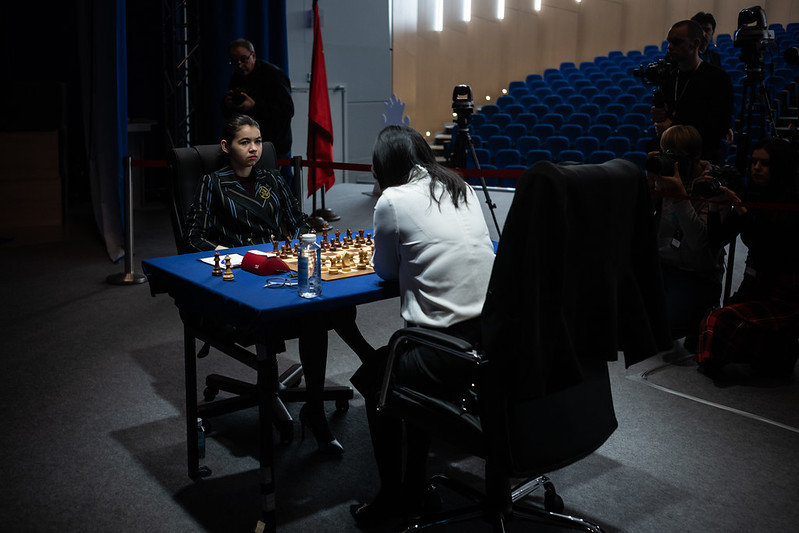 That meant she was staking everything on the white pieces in the final game. From a purely chess point of view that didn’t seem crazy, since both players had won twice with White already in the match, while it also ratcheted up the pressure on her opponent. The proximity of great success can be as hard to handle as a situation where you need to fight against the odds to achieve it, and thinking too much about a draw is often not the best way to get one.

And then there was the opening. It was clear Goryachkina’s 1.d4 d5 2.Nc3!? was already a huge success when Ju Wenjun spent a staggering 20 minutes contemplating her response – a dream start to a must-win game for the Russian team. 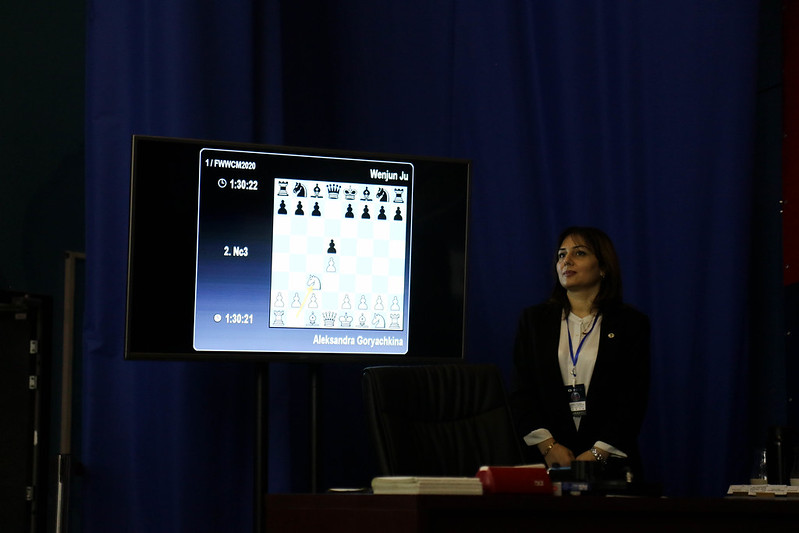 When 2…Nf6 was finally played the move 3.Bf4, rather than the more popular Veresov with 3.Bg5, no longer came as a great surprise. Goryachkina was going for an offbeat line championed by some maverick players:

What followed was a bumpy ride that recalled Game 9, where both players mixed fine moves with dubious decisions. Even the commentators couldn't keep things together...

31.Nxc4 Bb5 32.b3 Qe4 was blitzed out by Ju Wenjun, but 33.Rf1! seems to have come as a cold shower. Suddenly, with the rook ready to chase away the black queen and pick up the e3-pawn, Black is not just worse but lost, and the reigning champion's greatest achievement in the next series of moves was to reach the time control without having to resign.

The contest could have ended quickly after that…

…but although Aleksandra took a slower approach this was no longer the hesitant, disconsolate Goryachkina we’d seen in Games 9 and 10 but a hunter finishing off her prey with obvious relish. Resignation came on move 60:

That meant that no less than half of the 12 classical games in the match had been decisive, including 5 of the last 6:

Just as in the New York 2016 and London 2018 matches another 12-game World Championship is going to be decided at faster time controls. Once again the players begin with a best-of-4 rapid match where they'll play at least three 25 minute + 10-second increment games starting at the usual time of 15:30 local time, 06:30 CET. If the match is drawn 2:2 the players would then play a pair of 5+3 blitz games, and if the score was still level after that they’d continue for up to four more pairs of games. If still level we’d get an Armageddon game, where White has 5 minutes to Black’s 4, but a draw means the player with Black wins the title. 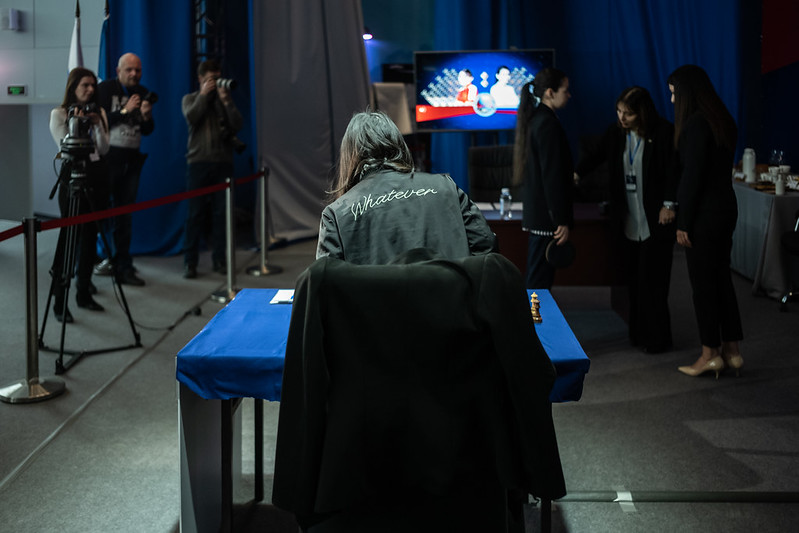 If Ju Wenjun can forget about the stage and play her natural game she should be the favourite, but that's easier said than done | photo: Michael Friedman, official website

Who’s the favourite now? Well, psychologically the momentum is perhaps on Goryachkina’s side, but Ju Wenjun is rated around 100 points higher at both rapid and blitz chess. Both are formidable speed chess players, however. Ju Wenjun finished unbeaten as she took gold in the 2018 World Rapid Championship with 10/12. Aleksandra Goryachkina won bronze with one point less – her only loss was, you’ve guessed it, to Ju Wenjun!

Don’t miss what’s guaranteed to be a thrilling end to an extraordinary match! Follow all the action live here on chess24 from 06:30 CET on Friday.