58-year-old Grandmaster Igors Rausis is reported to have been caught red-handed using a mobile phone to cheat in a toilet during the Strasbourg Open. Rausis, who has represented Latvia, Bangladesh and the Czech Republic, had been the subject of widespread speculation since the solid 2500-rated grandmaster climbed to the verge of 2700 over the last six years. It could have been an inspirational story, but it seems the doubters were right all along.

Igors Rausis climbed the ladder in obscure tournaments, but when you're knocking on the door of 2700 at the age of 58 people begin to take notice | source: FIDE

The career of Igors Rausis has been provoking amazement, admiration and doubts for some time now, with IM Lawrence Trent, for instance, tweeting last year:

The numbers were extraordinary, with Rausis suddenly catching fire at an age when most modern grandmasters are well past their peak:

It had reached a crescendo recently, with Igors not only the oldest player in the Top 100 (7 years older than Boris Gelfand), but knocking on the door of the 2700 club. He received an invitation for the Grand Swiss Open later this year and, before an abrupt fall in what may be a final game, he was rated 2694.5 and world no. 40 on the live rating list: 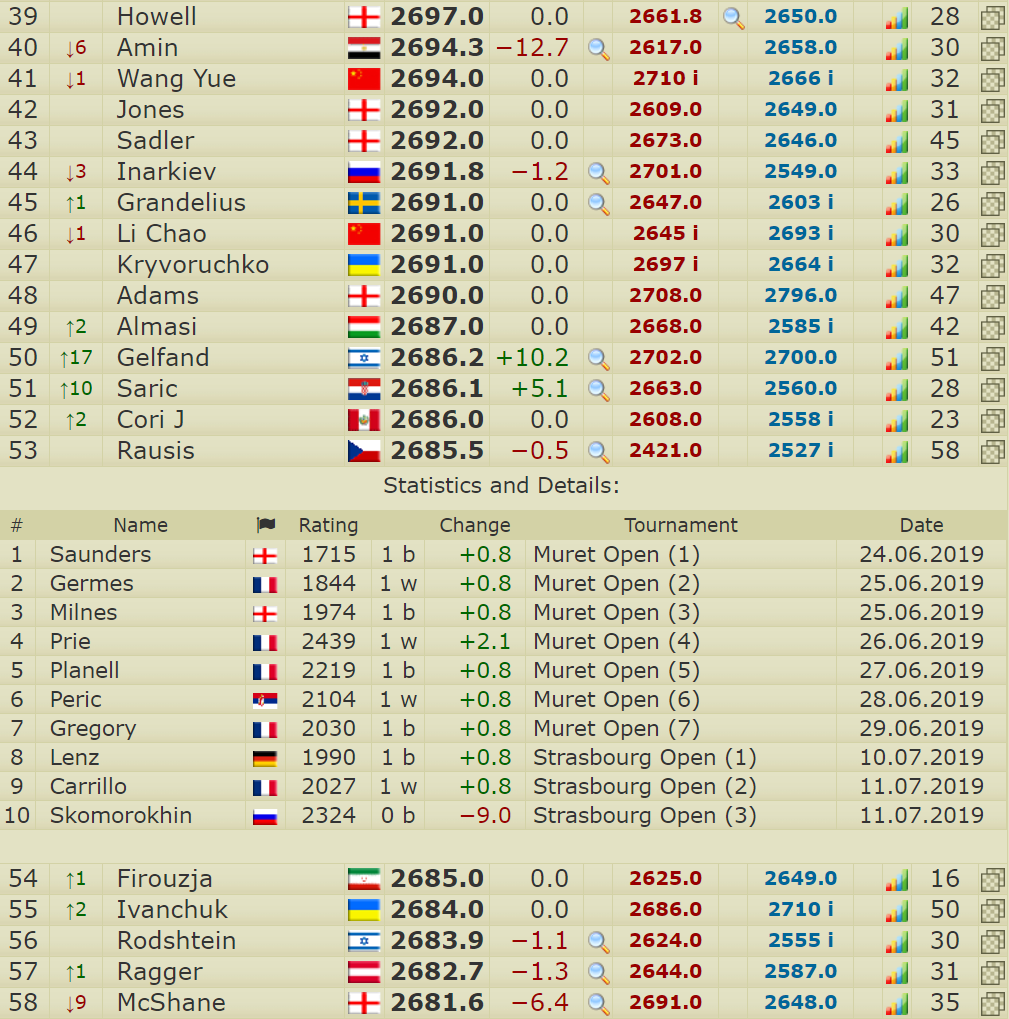 There was, of course, speculation about cheating, with FIDE Director General Emil Sutovsky among those dropping very heavy hints recently, but there was also another potential explanation – that Rausis was merely skilfully using the 400-point rule to rack up 0.8 points a game against much weaker opposition. That rule means that for rating purposes the difference between two players can never be more than 400 points, so e.g. if you’re rated 2600 and your opponent is rated 1800 then your opponent is treated as a 2200 player and you can still score rating points for a win.

As many pointed out, however, consistently scoring almost perfectly against weaker opposition is far from a simple task, and another potential reason for choosing to play in relatively weak open tournaments was to avoid any serious anti-cheating measures. If that was the plan, it backfired this week at the Strasbourg Open in France, since the FIDE Fair Play Commission was lying in wait. Commission Secretary Yuri Garrett gives details on his Facebook page, including:

The final result is finding a phone in the toilet and also finding its owner. Now the incident will follow the regular procedure and a trial will follow to establish what really happened.

We’ve seen a photo in circulation that seems to show Igors Rausis using a phone while seated (fully-clothed) on a toilet. 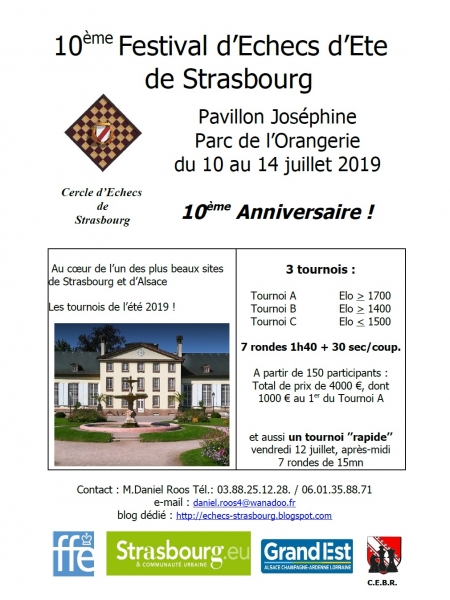 Emil Sutovsky also writes, in Russian, on his Facebook page:

Igors Rausis has been caught red-handed at a tournament in Strasbourg. I thank Yuri Garrett and Laurent Freyd, who took charge of catching the long-suspected player, and also the tournament arbiters, for carefully following all the guidelines. Rausis has been suspended from the tournament and all the materials will be sent to the Ethics Commission. In parallel, the matter will be dealt with by the French Police. Ten days ago I wrote that I wouldn’t recommend that anyone cheat. The capture of Rausis is only the beginning. FIDE has fundamentally toughened its attitude. Completely rooting out cheating is impossible, but the risk of being caught has significantly increased, and the punishments will become much more significant. The war against cheating will last years, and we’re in it for the long haul.

We’ll keep you updated as this story develops.

We held off from publishing a widely-circulated photo of Igors Rausis in a toilet at the tournament, but since the photo is now well and truly in the public domain - after appearing online at the Daily Mail, one of the world's most popular news sites - we're including it here: 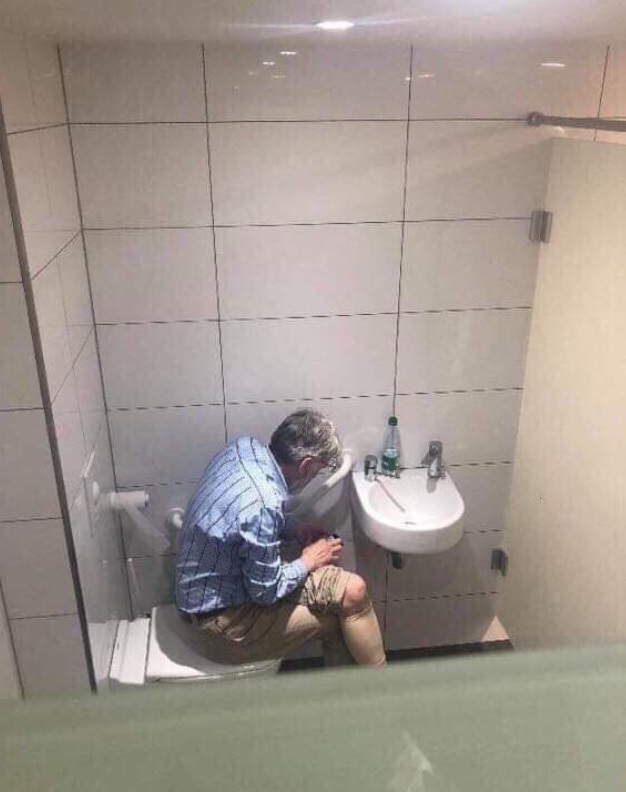 The photo, whatever the legality of how it was taken, doesn't seem to be an important piece of evidence, since Rausis has admitted using a phone during his game and leaving it in the toilet. He says this is the end of his career, telling Chess.com:

I simply lost my mind yesterday. I confirmed the fact of using my phone during the game by written [statement]. What could I say more? Yes, I was tired after the morning game and all the Facebook activity of accusers also have a known impact. At least what I committed yesterday is a good lesson, not for me - I played my last game of chess already.