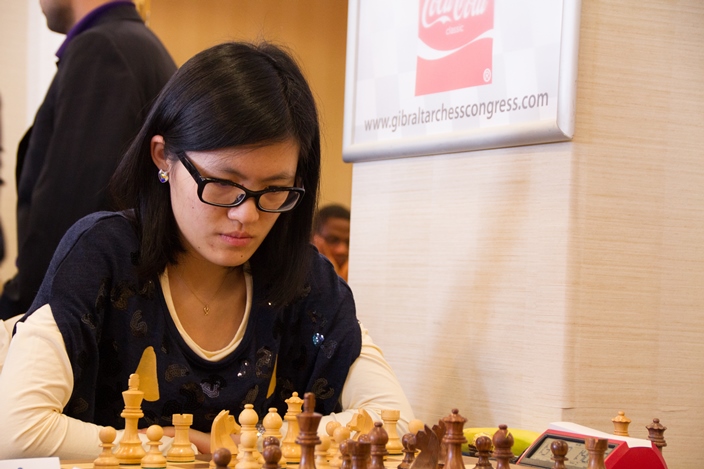 Veselin Topalov and Peter Svidler were held to draws with Black in Round 2 of the Gibraltar Masters, while a win for Hou Yifan meant for the first time in 26 years Judit Polgar is no longer the world’s no. 1 woman. Grandmaster casualties who lost to lower-rated opponents included Emil Sutovsky, Mateusz Bartel and Eric Hansen, while Gawain Jones had the narrowest of escapes.

Gibraltar isn’t only about a chess tournament

The following video intersperses photos and videos from the Gibraltar Chess Festival in 2014 and this year with a glimpse of the rest of the “rock” – just 15 km from Africa, with legendary monkeys and a main road cutting across the airport:

The players don’t have much time for tourism, though, with no rest days and the competition heating up very fast. In Round 2 we had no repeat of the mass slaughter of the lower-rated we saw in Round 1. 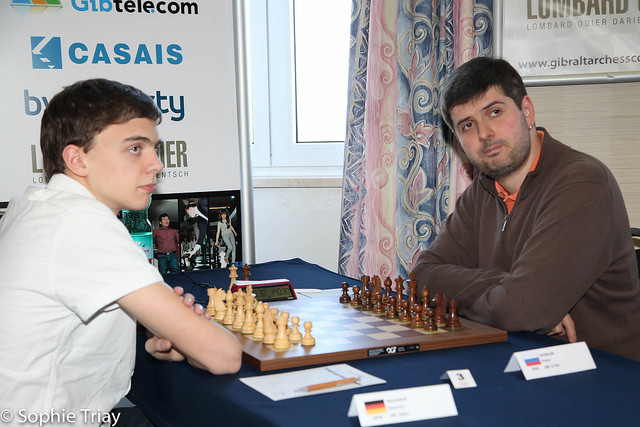 17-year-old German Grandmaster elect Dennis Wagner showed he knew how to get a painless draw with White against the Grünfeld Defence, even though the world’s greatest expert on the opening was sitting on the other side of the board. 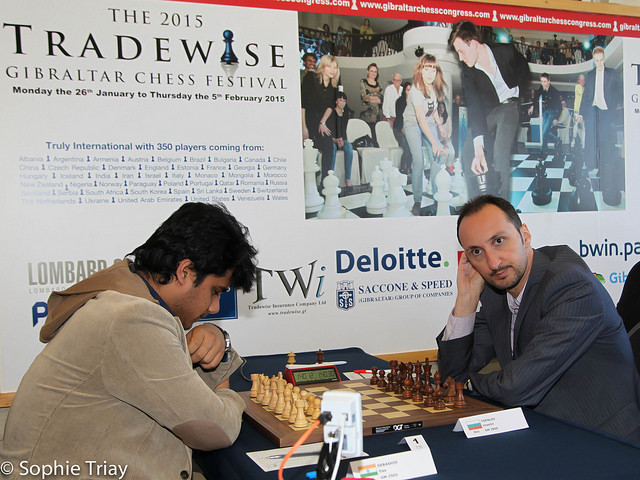 Debashis Das – Veselin Topalov was a much more entertaining encounter, which at first looked for all the world as though the Bulgarian top seed was going to crash through in style:

In the run-up to the time control, though, it turned out Topalov was at best holding in a sharp tactical sequence. When the dust had settled White had a rook and two minor pieces against Topalov’s queen and passed pawns. If anyone, he was playing for a win, but the Bulgarian former World Champion decided to preserve his energy.

Both Topalov and Nakamura featured in the tournament’s official daily video show: 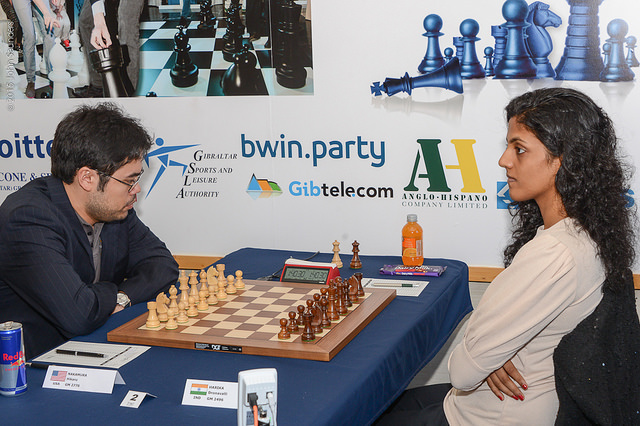 Nakamura smoothly outplayed Harika Dronavalli after playing the 20.b4! break: 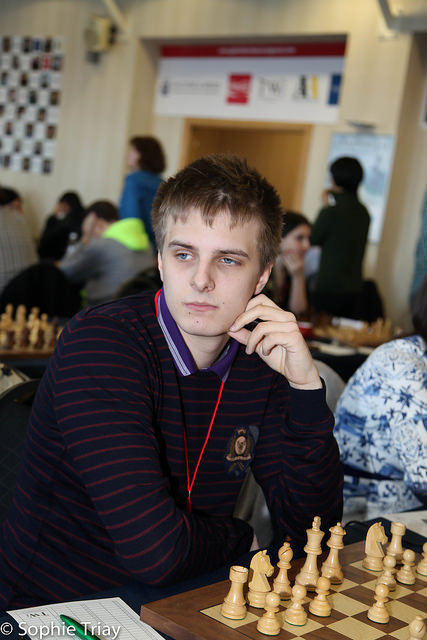 Richard Rapport has made a good start to regaining some rating points after minor mishaps in Basel and Zurich over Christmas and the New Year | photo: Sophie Triay, official website

The most eye-catching win of the day, though, was veteran 18-year-old Richard Rapport’s Trompowsky victory over Aryan Tari. On move 14 the 15-year-old Norwegian couldn’t resist the “what if” question and took the knight that had been en prise on g5 since move 12. The cold shower wasn't long in coming: 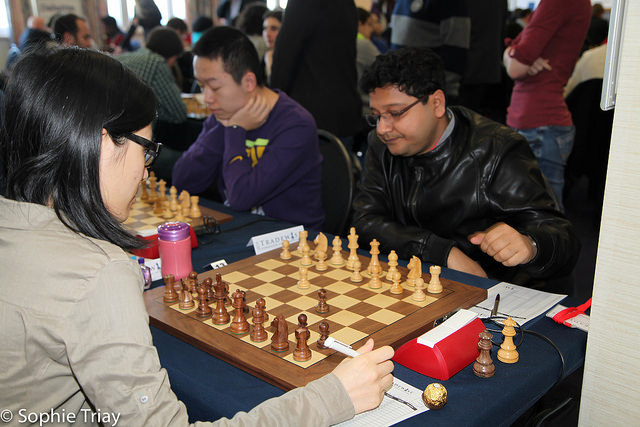 Hou Yifan and Wei Yi were seated at adjacent boards - will a day come when they're the female and overall World Champions? | photo: Sophie Triay, official website

Judit Polgar was only 12 when she became the world’s highest-rated woman in 1989 and was still top last year when she announced her retirement. Finally, though, after 26 years another player is ready to follow in the legendary Hungarian’s footsteps. We speculated last July that Hou Yifan could catch Polgar after her fine Grand Prix performances, and recently it became almost inevitable. The game that saw Hou Yifan finally make it – at least on the live rating list – was tough, as India’s Das Arghyadip played enterprising chess and only accepted defeat on move 67. 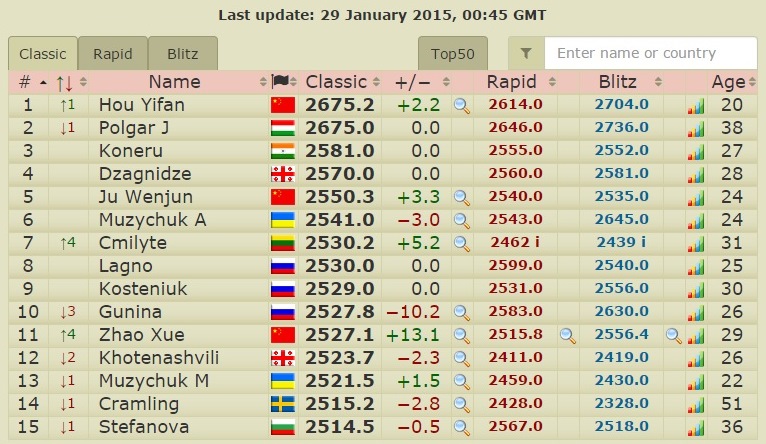 2.5 points for her Round 2 win was just enough for Hou Yifan to scrape past Judit Polgar. She'll be looking to build on her start, with Ju Wenjun her highest rated competition in Gibraltar for the £15,000 women's prize | source: 2700chess

At the recent tournament in Wijk aan Zee, though, Hou Yifan pointed out that the significant milestone would be crossing Polgar’s lifetime best of 2735.

No open tournament would be complete without some giant killing. Another Indian grandmaster, Vishnu Prasanna (2463), beat ACP President Emil Sutovsky. It seems, judging by a 36-minute think, that it was only after 23.Bb4! that Emil realised White’s knight on e7 was by no means as doomed as it looked:

A smooth win was capped by Black stumbling into mate.

The b4-square was also crucial in Polish GM Mateusz Bartel’s game against Icelandic IM Gudmundur Kjartansson. Bartel accepted a piece sac for two pawns and was on top until capturing a poisoned pawn with 29.Qxb4?

After 29…Rb8! it was suddenly very hard for White to hold the position together. 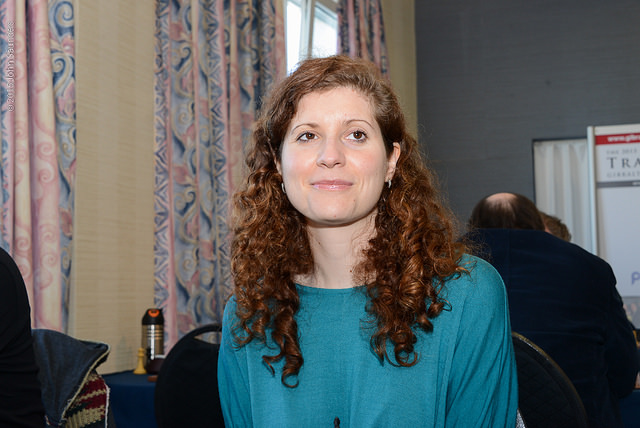 Rather than go down meekly, though, he threw his pieces at his opponent's king... and it worked!

26.Nf6+! And Black soon had to accept the inevitable.

Round 3 sees Hikaru Nakamura face 2579-rated Tamir Nabaty from Israel on top board, while there are also some intriguing male-female encounters – one of the greatest appeals of the Gibraltar tournament: