Future stars at the World Youth

When on the lookout for new talent, the World Youth Championship is not a bad place to start. Past winners of the Under 18 Open Championship are a who's-who of established elite grandmasters, including the likes of Vladimir Kramnik (1991) Peter Svidler (1994), Ruslan Ponomariov (1997), Paco Vallejo (2000) and Shakhriyar Mamedyarov (2003).

Two of the past three winners somewhat surprisingly hail from Iran, a country not known for producing top caliber GMs. (The third was Ukrainian Olexandr Bortnyk.) This year it was Masoud Mosadeghpour who scorched the field finishing with 9.5 points from 11 games in the top section played in Porto Carras, Greece. 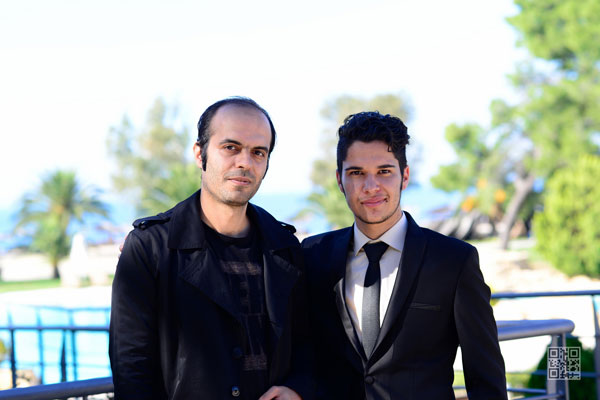 26. e5 White is pawn down but his pair of bishops provides some compensation. Mosadeghpour will change the position dramatically with two strong blows.

26... ♘d2! This Trojan horse is an unpleasant surprise for White who suddenly finds all his pieces completely disorganised.

Iran's number two, GM Elshan Moradiabadi noted that Mosadeghpour is an ambitious player in the openings, and likely has a bright future ahead:

If he keeps working as hard as he does now and maintains high tenacity as a player, which he showed recently, I expect him to cross 2600 in 2.5-3 years from now.

In the Under 16 open section the top spot went to Germany's Roven Vogel (Transposer here on chess24!) who soared to 9/11. Vogel (which means "bird" in German, incidentally) took a route to the top that was nearly a mirror image of Mosadeghpour's as the youngster from Nossen (in Saxony, near Dresden) started slowly but won his last six games to finish in clear first by a half point. His last round game was therefore absolutely critical:

38... ♖d8 Nearing time control the position has gone crazy. Roven decides to continue his attack even at the cost of his bishop.

39. h5⁉ Engines show that this is not completely correct but any human player will tell you it is at least brave!!

40. hxg6+ ♔xg6 41. ♕b4 ♗xd1 42. gxh6 One of stranger examples of compensation for sacrificed material that I can recall. White does not even have any strong threats but the Black pieces — especially the rook on a5 — are misplaced, while White's rooks are ready to spring into action.

42... ♕f8⁇ In a position where it's nevertheless easy to make a mistake Maghsoodloo goes wrong immediately. 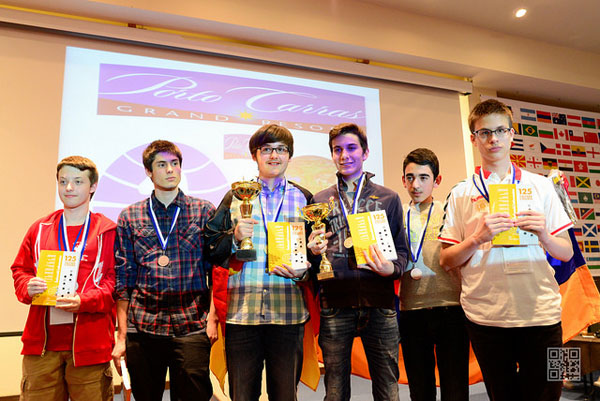 Roven Vogel (third from left) edged out Luca Moroni (fourth from left), Haik Martirosyan, and Gergely Kantor (right), who all finished on 8½ points. Top ranked Francesco Rambaldi (second from left) looks disappointed with his 5th place finish, the same spot he tied for in the World Junior Championship! | Photo: wycc2015

There are so many sections (over 900 players!) it's hard to highlight enough of the winners, and we'd be remiss not to point out the Under 12 top seed, Nodirbek Abdusattorov from Uzbekistan, who burst on the international scene by knocking of grandmasters in tournament play at the tender age of nine! He was edged out by much lower rated rivals.

Another notable story is the success of the Indian players in general, both in the open and the girls competitions.

No less an authority than Magnus Carlsen foretold the prominent role the Indian youth would play, in an interview last January:

I think India have more players than China, especially at a youth level, so I think right now it’s probably more likely that India will dominate rather than China.

And of course the former World Champion is also in their corner!

Fans of Greece, the hosts, also did not depart empty handed, as the locals could cheer Stavroula Tsolakidou to victory in the Girls Under 16. 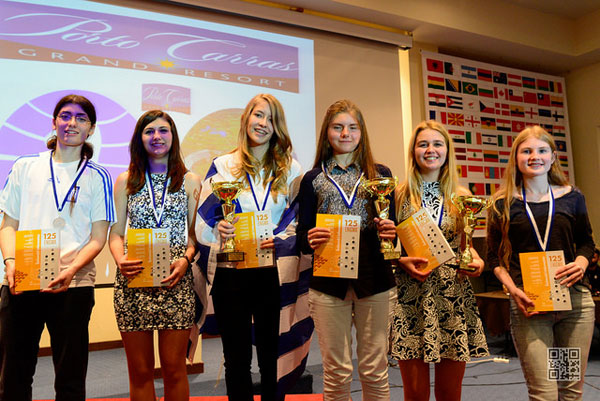 Winners of the Girls U16 category with Tsolakidou draped in a Greek flag, third from left | Photo: wycc2015

We'll surely keep a closer eye on these boys and girls in the future.

Correction: An earlier version of this post incorrectly identified Nodirbek Abdusattorov as the winner of the Under 12 category. In fact he finished 4th.

Replay all games from the World Youth and Cadets Championship: