Two-time French Champion and Magnus Carlsen coach Laurent Fressinet shows us his Top 5 novelties from the recently finished Croatia Grand Chess Tour in Zagreb. Unsurprisingly his boss Magnus unleashed a couple of them – to beat Ding Liren and test Levon Aronian to the limit – but there were also fine ideas by Wesley So, Shakhriyar Mamedyarov and Fabiano Caruana. 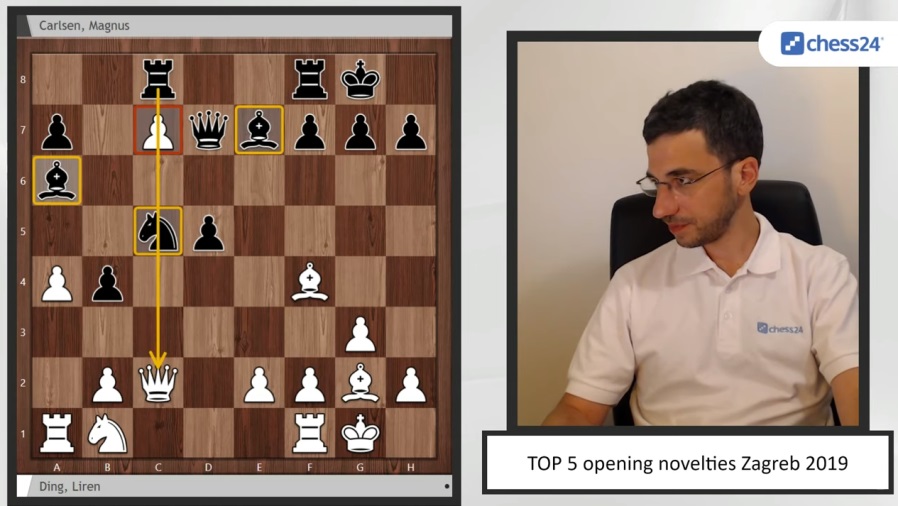 Laurent Fressinet looks at a powerful opening idea from his boss, Magnus Carlsen

If you’re going to do well in a tournament with absolutely no weak players, and that’s what we had in Zagreb for the Croatia Grand Chess Tour, you need to have done your homework and, ideally, have found something special. Laurent takes a look at the best new opening ideas in the following video:

Here’s a brief breakdown of the novelties if you want to jump to one of them, or check out the game in more detail:

When we asked Laurent how best to describe this opening he suggested you could also call it the “Anti-Dubov”, since the creative young Russian Grandmaster (and fellow Carlsen second) Daniil Dubov had recently had Anish Giri on the ropes after following the 4…e5 pawn sacrifice by meeting 7.d3 with 7…d5. Wesley’s new idea was 7.Bd3:

Wesley went on to win the game after 7…Nxe4, but Laurent also likes White after other moves. He summed up:

So this 7.Bd3 might basically bust this line, though we might find some people willing to take up the challenge with Black.

Not all novelties have to be flashy!

Laurent: “A new move, very simple and logical, but I like it”. He added that although Vishy defended “quite well” in the ensuing position it was very tricky for Black to play and no great surprise that Shakhriyar picked up his only win of a tough tournament.

This one is flashy, though! Magnus Carlsen castles long and puts his king in seemingly grave danger: 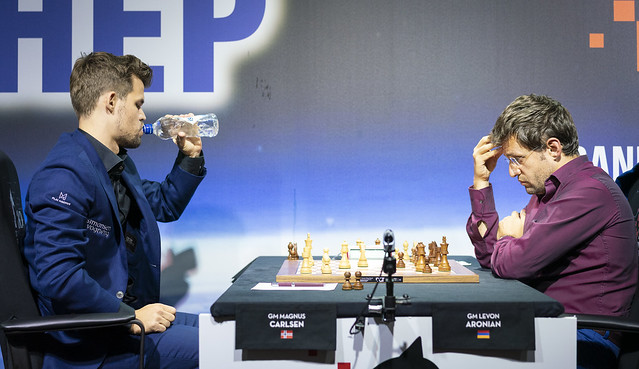 White’s kingside play (h4 was followed by Rh3-g3-g4-f4-f6!) turned out to be no joke, but Levon ultimately held, with Laurent describing it as “really impressive play by both sides”.

The first round in Zagreb got off to an explosive start, and no more so than in this game, which was decided in the (late) opening. As Laurent puts it:

The novelty comes on move 19, which is kind of crazy. It’s not only a novelty, it’s a completely new concept by Fabiano.

As Laurent explains the idea is that after 19.Qf5 Nxc5 White follows up with 20.h4 – “A bit in the style of Alpha-Zero – this h-pawn pushing all the way to weaken the black king”. Nakamura went down in flames after blundering just a few moves later.


It’s fitting that the tournament winner unleashed the top novelty of the event, with Magnus Carlsen grabbing his first ever classical win against Ding Liren:

Black plays for a lead in development, though as Laurent notes, “Of course there is the small problem that you didn’t take back the pawn!” The world no. 3 reacted well and the c-pawn eventually made it to c7, but when it fell Magnus used his famed technique to grind out a win from the slightest of edges.

Laurent Fressinet is planning to produce these videos on each major supertournament. You can also check out his Top 5 novelties from Altibox Norway Chess:

There's not long to wait for the next top-level chess, with the Riga FIDE Grand Prix starting on Friday 12th July, while the annual Dortmund tournament begins on Saturday.