Firouzja grabs sole lead as Nakamura plays "catch up" with 7.5/9

Alireza Firouzja has opened up a gap to his competitors after an impressive display on the first day of blitz in Saint Louis. Meanwhile, Hikaru Nakamura is playing catch up, showing off his brilliant speed chess skills that were lacking on Day 3. 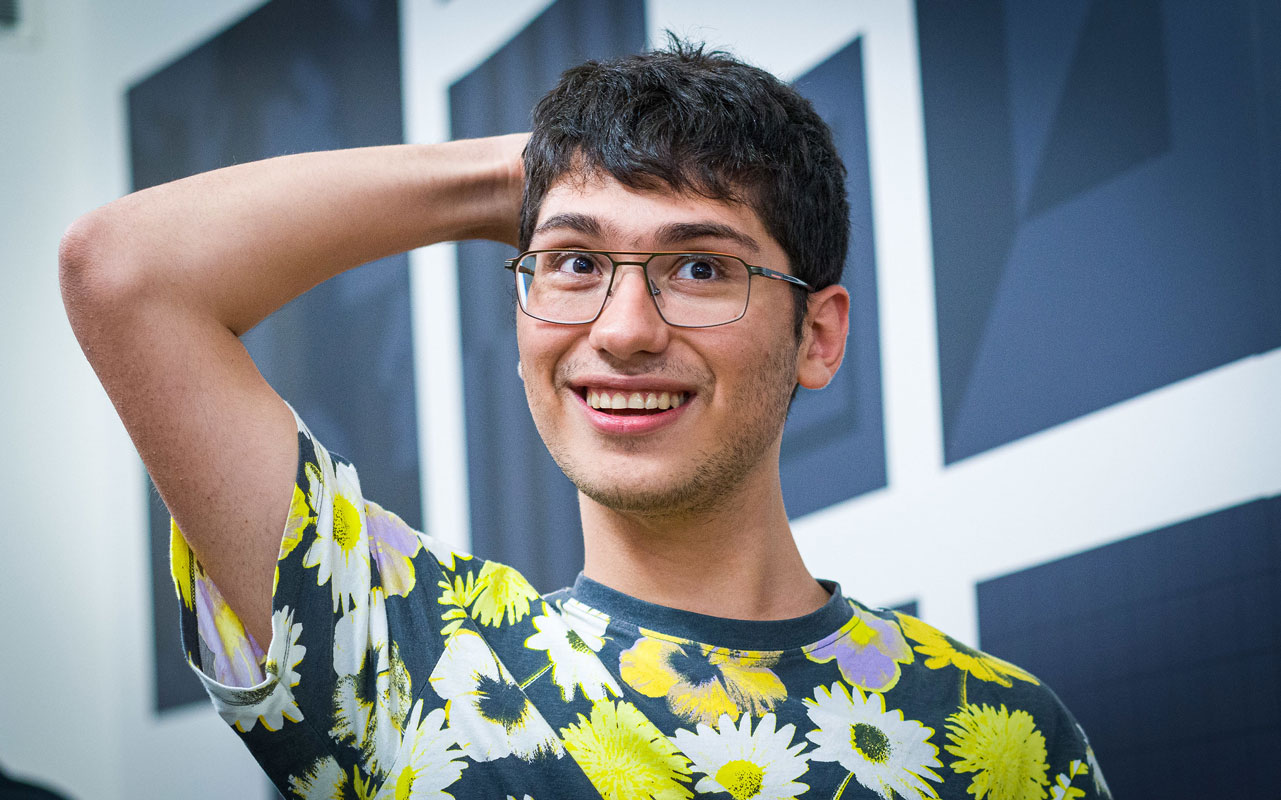 Firouzja seems unstoppable and is on the verge of winning his first event in the Grand Chess Tour, the Saint Louis Rapid & Blitz. On Day 4, with the first nine of a total of 18 blitz games, the Iranian-born Frenchman scored 7/9, taking him to 18 out of 27 points. His countryman Maxime Vachier-Lagrave is three full points behind on 15.

A good result on the last day and Firouzja could make it onto this list.

It started well for the teenager, who convincingly beat Ian Nepomniachtchi after just 33 moves in Round 1. After four draws in a row, he geared up and won the remaining four games.

His win in Round 8 against MVL was particularly important for the standings. 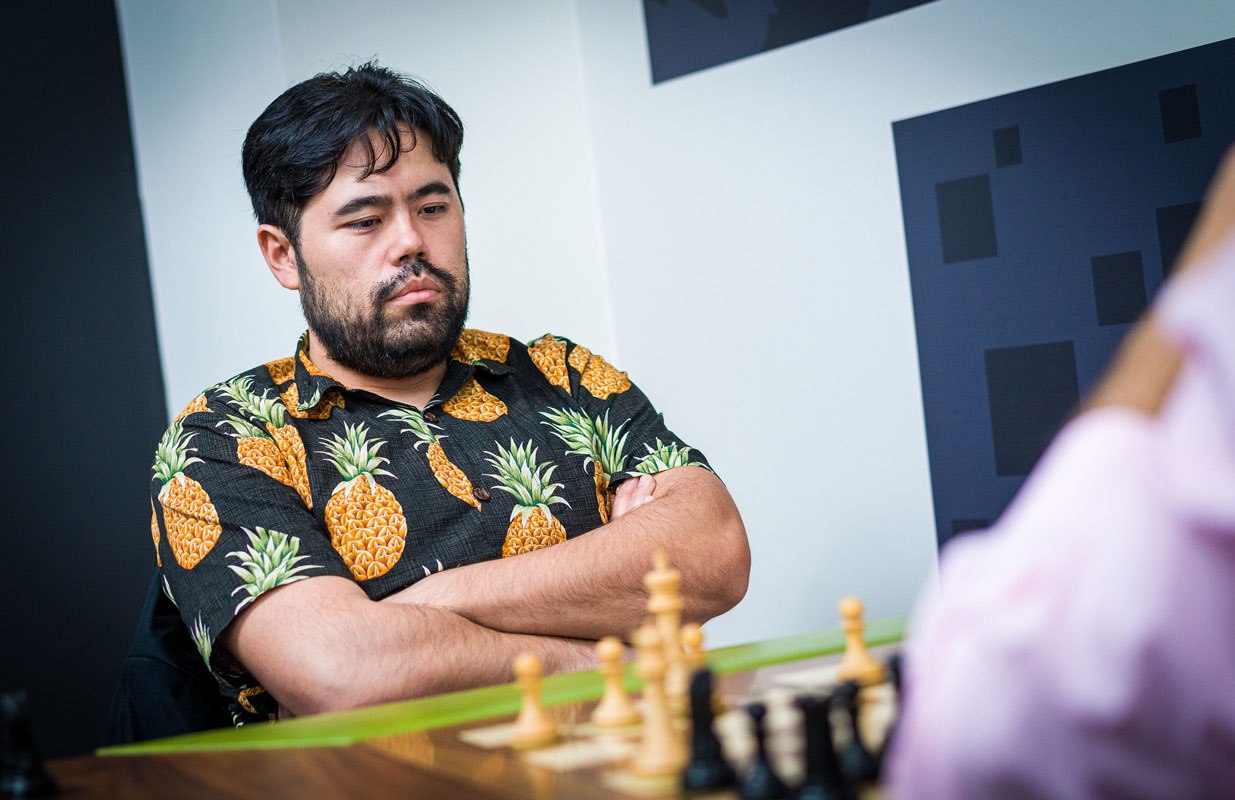 If Shakhriyar Mamedyarov grabbed the "Player of the Day" award on Day 3, it would go to Hikaru Nakamura on the first day of blitz.

"I am mightily impressed with what he is showing," Grandmaster Christian Chirila said on the official broadcast.

He did get a couple of gifts along the way, such as this one against Caruana in Round 1:

He followed up with a win against Aronian, who got into trouble after giving up the queen for two rooks.

Nakamura was dangerously close to losing his game against Nepomniachtchi in Round 8, but showed off his incredible tenacity to pull off a miraculous escape in a lost position.

The results earned the duo a nice jump on the blitz rankings, with Nakamura now edging closer to 2900 while Firouzja climbed to 3rd on the rankings.

The current blitz rankings, with Nakamura taking the clear lead and opening up a gap down to Aronian | souce: 2700chess.com

Shakhriyar Mamedyarov had a perfect Day 3, winning his three games. He continued his streak by winning his first two blitz games, against MVL and Dominguez.

The streak came to an end in Round 3 when he lost against Nepomniachtchi after making two illegal moves, although the last one was in a lost position. 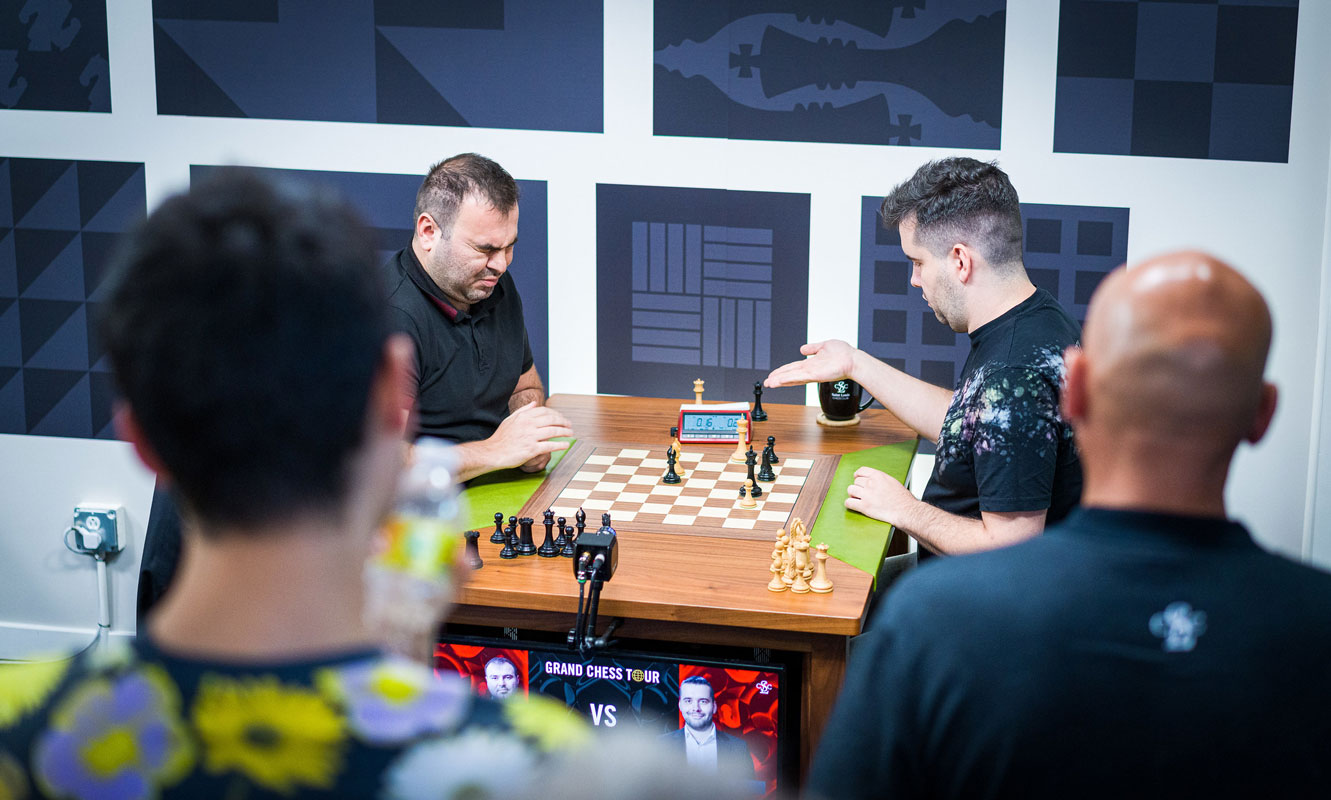 "That was one of the moments of the day for me!" Peter Svidler joked.

Nepomniachtchi talked about the incident afterwards.

Mamedyarov is a brilliant player, but sometimes his creativity in the opening backfires. His Round 4 game against Xiong is one example, as he lost in just 17 moves after dropping a full piece.

Levon Aronian scored the third best result in the blitz with 5.5 points, and along with Nepomniachtchi, Xiong and Caruana he remains in contention for a top 3 result. 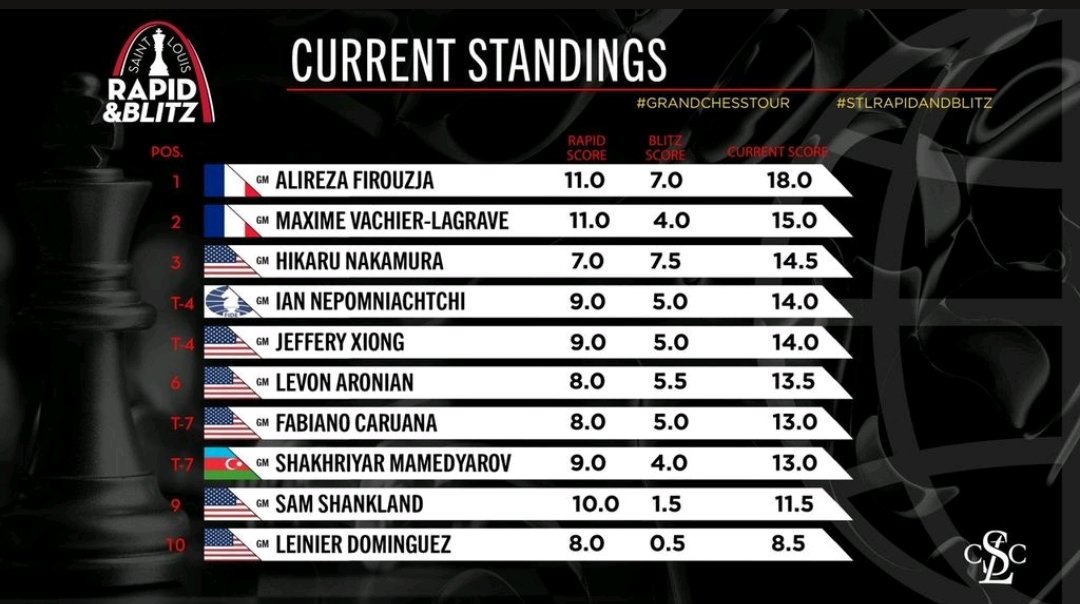 The Saint Louis Rapid & Blitz is the penultimate event in the Grand Chess Tour and doesn't feature the leader, Wesley So, who's already played his two rapid and blitz events.

Richard Rapport had to withdraw from Saint Louis due to not meeting US travel restrictions related to Covid-19, and was replaced by Xiong and Hans Niemann in the Sinquefield Cup.

That event, which begins September 2nd, will also feature none other than Magnus Carlsen, who will try to win the event for a record 3rd time.

The event continues with the final nine blitz games today.