Teenage sensation Alireza Firouzja has already won two events in St Louis. Having taken over the lead on Day 2 of the Champions Showdown: Chess 9LX along with Shakhriyar Mamedyarov, the 19-year-old could complete an incredible hat-trick of victories. 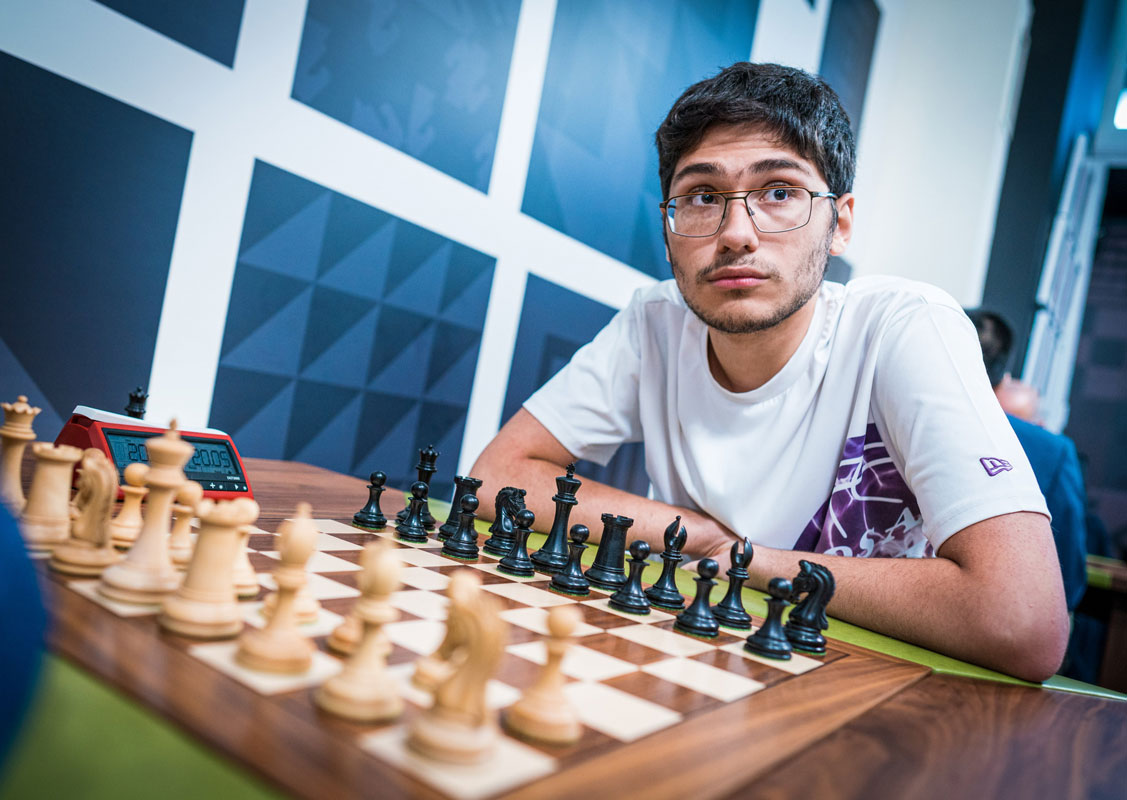 Leader Ian Nepomniachtchi seemed unstoppable when he followed up a perfect Day 1 in St Louis by defeating Fabiano Caruana in the first game of the day, taking his winning streak to 4. However, he then went on to lose his next two games against the new leaders.

Shakhriyar Mamedyarov (3/3) and Alireza Firouzja (2.5/3) had a great day, taking over the lead on Day 2 of the Fischer Random event. Both defeated previous leader Nepomniachtchi. 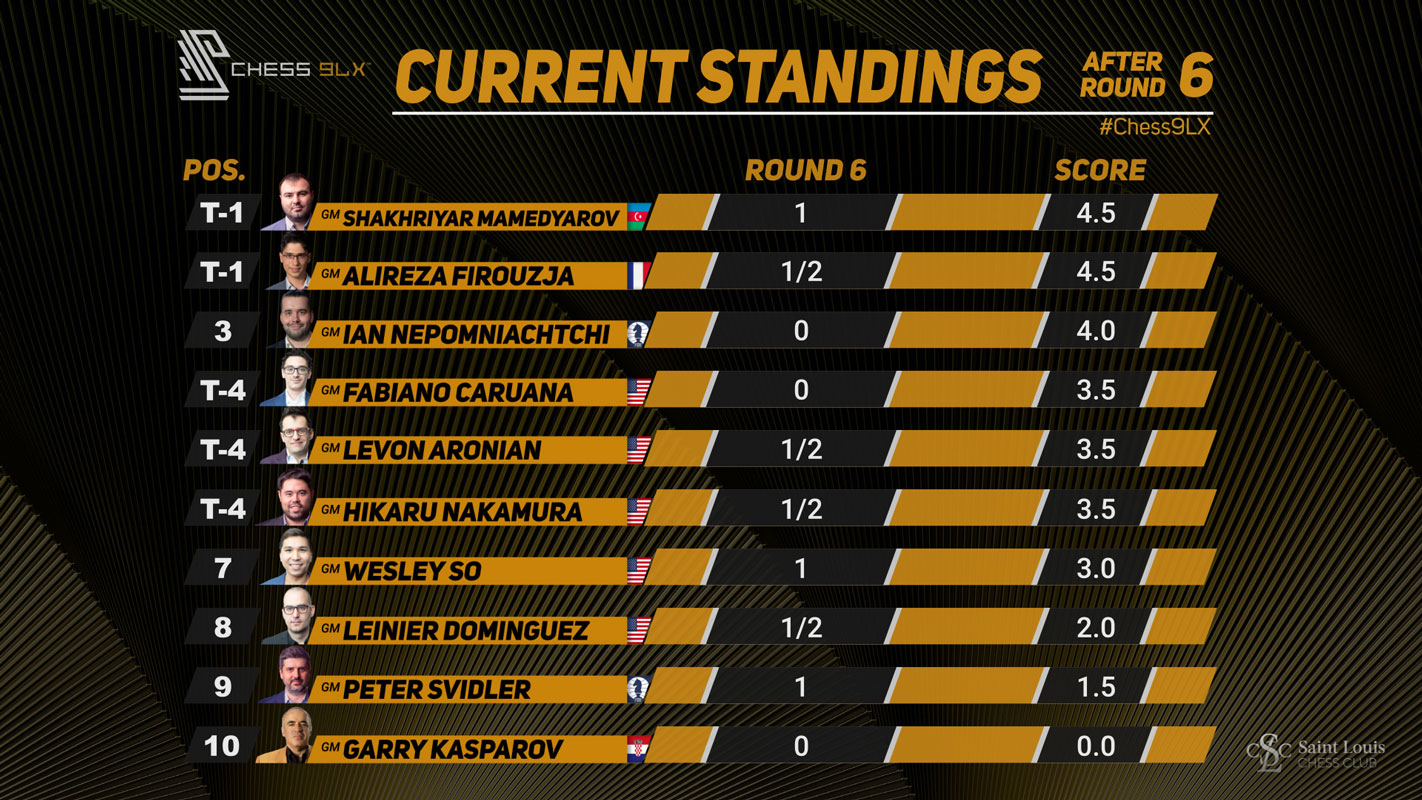 The duo now share the lead in an event filled with excitement and drama thanks to the twist of unfamiliar positions being drawn before the start of the games.

The event will continue today at 21.00 CEST with Rounds 7-9. You can watch all the Chess 9LX games here on chess24.

Firouzja is on fire these days, having secured his first Grand Chess Tour trophy last week by winning the rapid & blitz event and the Sinquefield Cup. Winning the Chess 9LX tournament would complete an incredible hat-trick of events that would make even Magnus Carlsen proud.

While other players use their 15 minutes before the game to analyze the starting position together in front of the board, Firouzja sits on his own just looking at the printed paper with the position.

"I don't think it's important, it's very complicated. Even if they sit for 40 minutes they cannot find the best moves... the chess that we're playing we are analyzing for 1000 years & it's not even clear what to do!" he said, calling it "a bit strange" to analyze the position with a competitor.

It must have been a memorable experience for the youngest player of the event to face the legend, 40 years older Garry Kasparov, in Round 4. The 13th World Champion was able to get several playable positions on Day 1, but struggled on Day 2 and is yet to get off the mark. 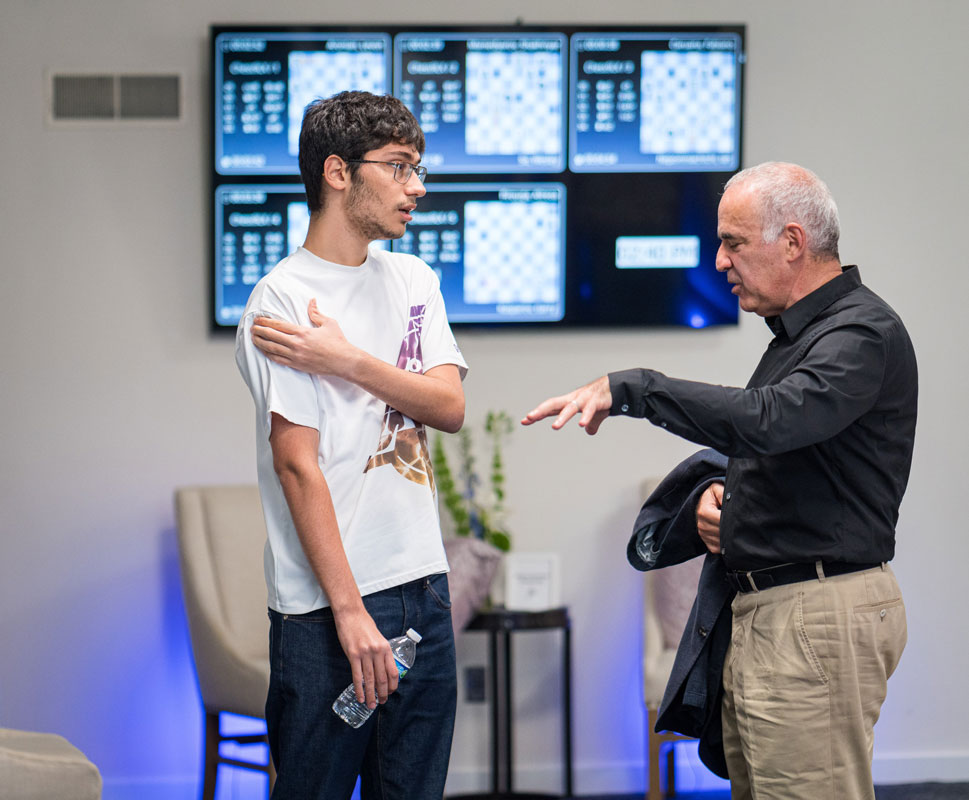 Against Firouzja, it seemed as though Kasparov had drawing chances, until a few moves before resignation.

The rook endgame Firouzja had against Nepomniachtchi seemed equal for a while, until a decisive mistake by Nepo ruined his drawing chances.

Shakhriyar Mamedyarov had a mediocre Day 1 scoring 1.5/3, but climbed to the top after a perfect Day 2.

"Normally in classical chess I just try to play interesting chess and get interesting positions from the opening, but now it's interesting from move 1!" the Azerbajani said about the chess variant. 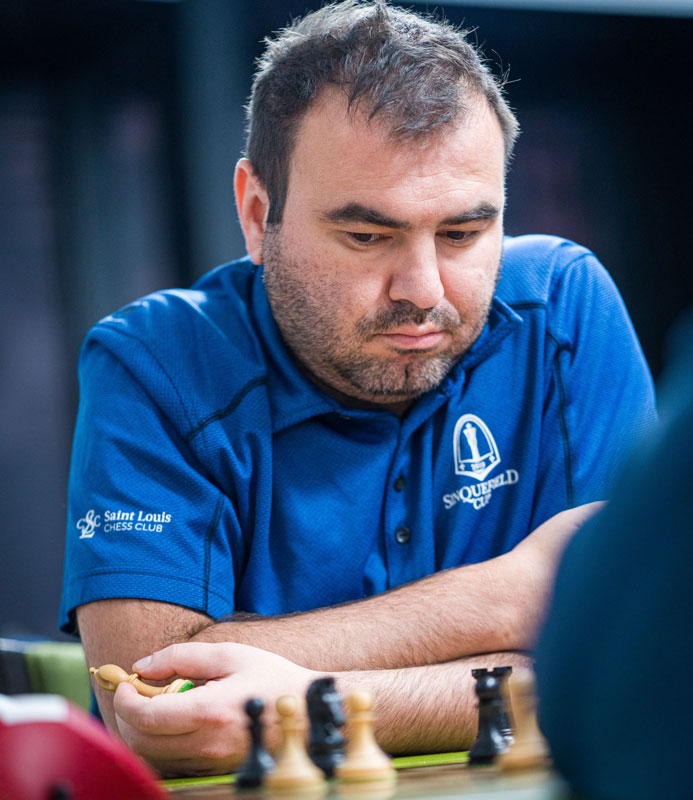 His meeting with reigning Chess960 World Champion Wesley So became a chaotic one, with both players missing decisive blows. 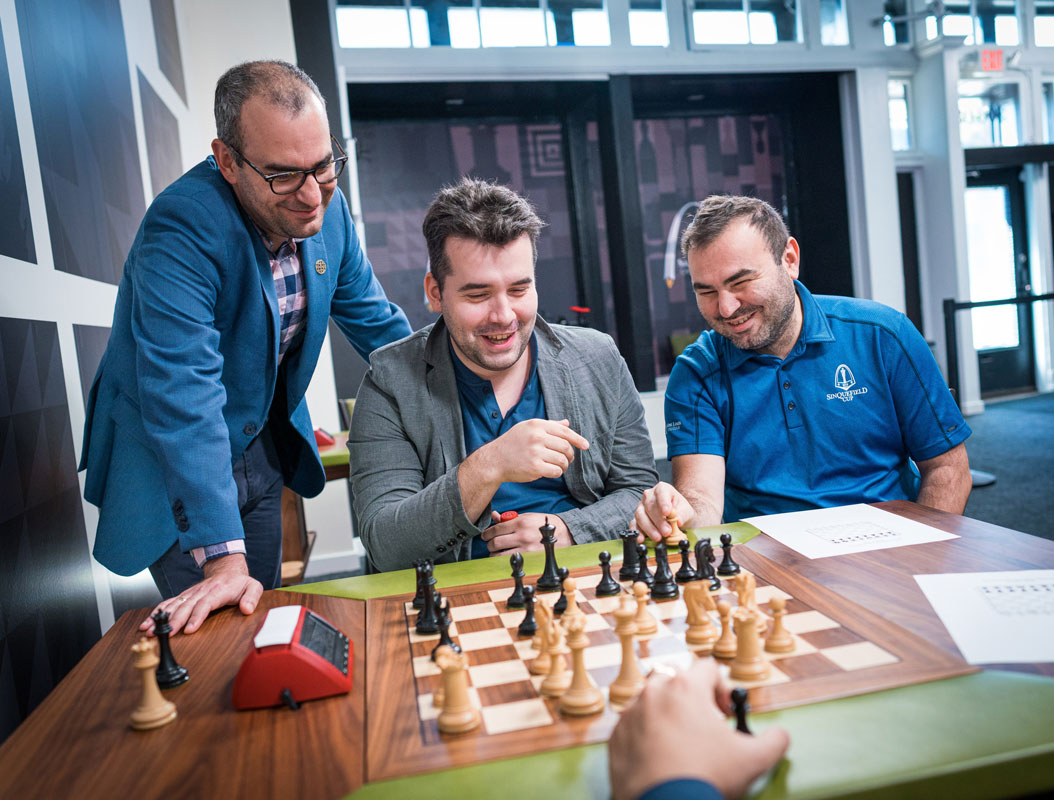 Mamedyarov needed only 22 moves to beat Garry Kasparov, and 25 moves to take down Nepomniachtchi with Black, maintaining a perfect score on Day 2.

Kasparov isn't the only player struggling in St Louis. Peter Svidler has been the unofficial Chess960 World Champion, winning tournaments and matches in Mainz, Germany in 2002-2005. Now more of a commentator than a player, the 46-year-old only has 1.5/6. 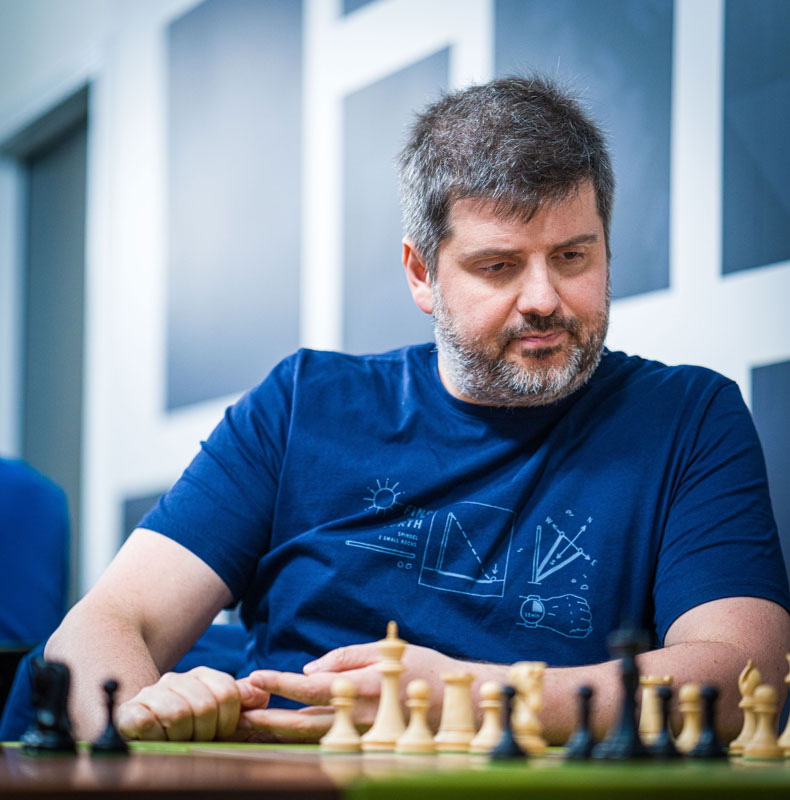 In Round 5 against Hikaru Nakamura, he never got out of the blocks.

The Champions Showdown: Chess 9LX tournament is one of the few over-the-board tournaments played with the popular chess variant.

This year's event can serve as a prelude to the official World Championship which takes place in Iceland in October, with Magnus Carlsen and reigning champion Wesley So confirmed. Online qualifiers are still ongoing.

The last three rounds take place today from 21.00 CEST. You can watch them here on chess24.