“I prepared some line but actually before the game I just didn’t like it and decided to call it a day – just a normal day for me!” That was Teimour Radjabov’s battle cry after repeating the first 26 moves of a draw with Ding Liren from this year's Shamkir Chess, playing a harmless novelty and agreeing a draw a few moves later. In the 3rd place match Yu Yangyi came up with an interesting new move but one which barely caused Maxime Vachier-Lagrave to blink. The Frenchman called the resulting endgame “a bit unpleasant”, but he had all the time in the world to safely secure a draw. 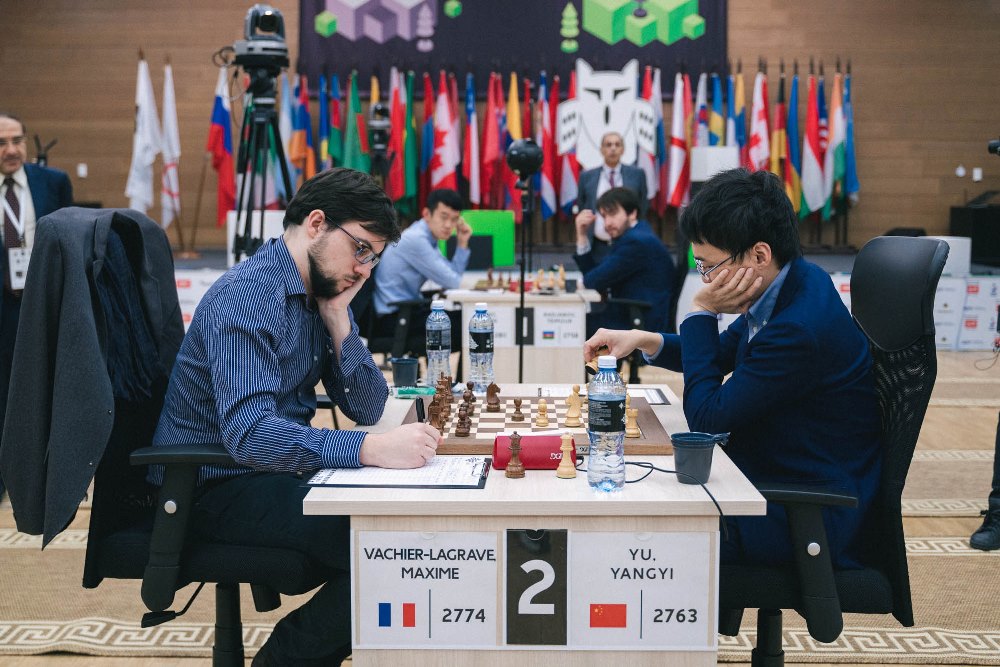 You can replay all the games from the 2019 Khanty-Mansiysk FIDE World Cup using the selector below:

The final week of the World Cup has a habit of being anti-climactic – after all the drama and tiebreaks of the preceding weeks we suddenly get an extended 4-game classical match in an empty hall, just when most of the sporting intrigue – qualification for the Candidates – is over. Of course there are exceptions – the Karjakin-Svidler final in 2015 won’t be forgotten in a hurry – but the feeling that the players just want their month-long ordeal to be over is strong. That goes even more so for the 3rd place match, which this year has only an outside chance of providing the winner with a place in the Candidates Tournament. 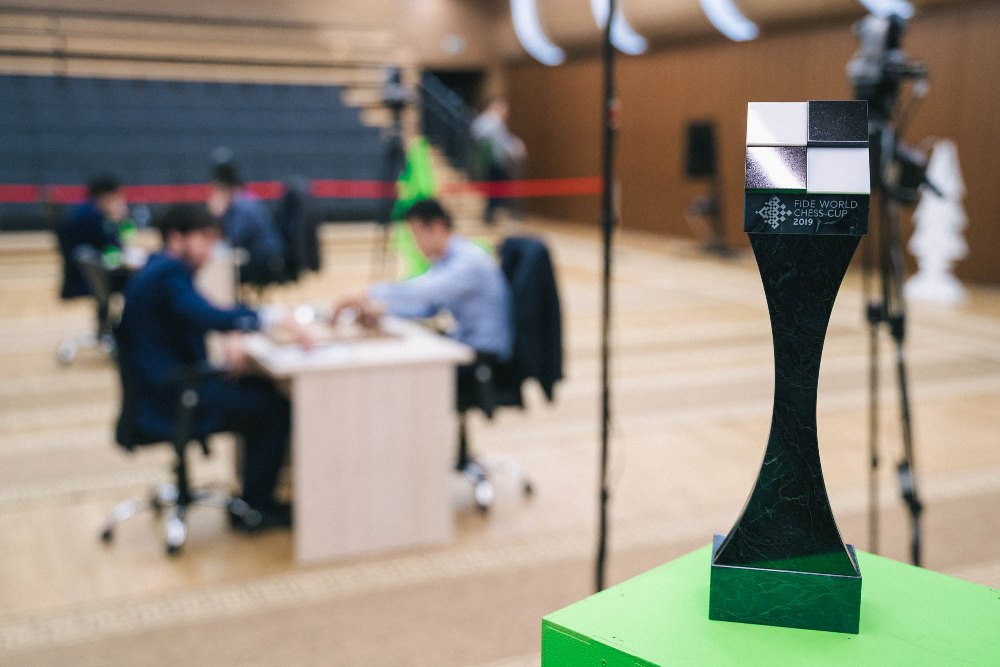 Still, the first game of the Radjabov-Ding Liren final was a meagre offering even by those standards. Teimour Radjabov had been on fire with White in Khanty-Mansiysk, winning four classical games and drawing two, but this time he repeated a Marshall line he’d played against Ding Liren in the Gashimov Memorial in Shamkir earlier this year. Where would he deviate? It turned out only on move 27, in a position that offered nothing:

Ding Liren paid the move the respect of pausing for 9 minutes before replying 27…Re2!, but after that the remaining six moves were blitzed out by both players.

It’s a good line, actually, because once I played this in Wijk aan Zee against Aronian, he suffered there, it was the first time. The second time I went the same line against Ding in Shamkir, so he thought there for one hour or something to remember how to really play [after 27.f3]. Today I had some days to prepare in general, but I prepared some line but actually before the game I just didn’t like it and decided to call it a day: just a normal day for me!

Ding Liren politely described 27.a4 as “not that strong a novelty”, with his thoughts turning to tomorrow’s National Day of the People’s Republic of China, established 70 years ago on 1 October 1949.

The other Chinese player, Yu Yangyi, broke with the general mood when he commented, “I’m very happy to play chess, I just want to play more - I enjoy chess!” He came armed with the novelty 15.e5!? against a line of the Grünfeld Defence Maxime Vachier-Lagrave had played three times before:

It took the Frenchman just two minutes to continue 15…Ng4, however, and it was only on move 26 that the players slowed down. 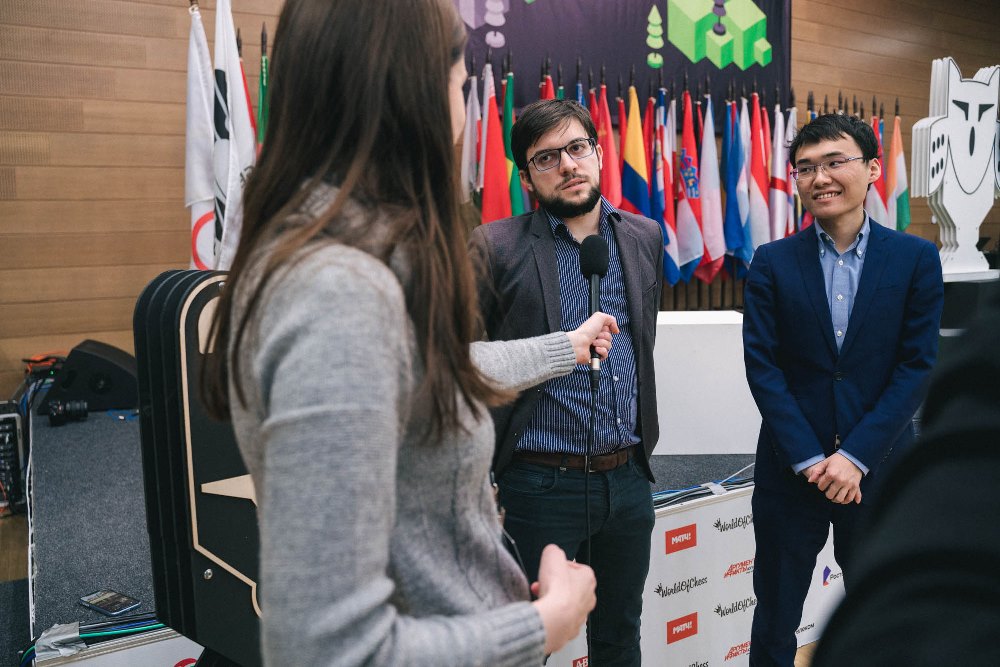 Yu Yangyi admitted he’d forgotten something, as he spent 11 minutes on 26.Rhe1:

The material imbalance meant the position was by no means a dead draw, whatever the computer evaluations, with Maxime agreeing it was “a bit unpleasant”. There was a silver lining, however:

The good thing is I played 25 moves in basically 5 minutes and then I have 15 moves to make with a lot of time to be accurate and to avoid troubles.

After 26…Bf7 27.c4 Bxc4 the remaining queenside pawns were soon eliminated with a draw following:

Afterwards Eteri Kublashvili asked Maxime if he’d been upset by losing the semifinal:

Of course, but at the same time it was thoroughly deserved and in my misery I had two good days of rest to think about anything but chess!

Maxime now has the advantage of two Whites in the remaining three classical games, with Ding Liren in the same situation. Will the higher-rated players take advantage of that, or are we headed to tiebreaks on Friday?