FIDE World Cup 2021 pairings are out

The pairings are out for the biggest FIDE Chess World Cups ever held, with Baadur Jobava vs. 12-year-old GM record chaser Mishra Abhimanyu one of the most intriguing Round 1 match-ups. The big guns start from Round 2, with Magnus Carlsen facing either Sasa Martinovic or Kaido Kulaots. If the World Champion is going to win the event he may need to beat Alireza Firouzja, Anish Giri and Fabiano Caruana from the quarterfinals on. Check out the pairings, and even make your own predictions for the 206-player open and 103-player women’s brackets! 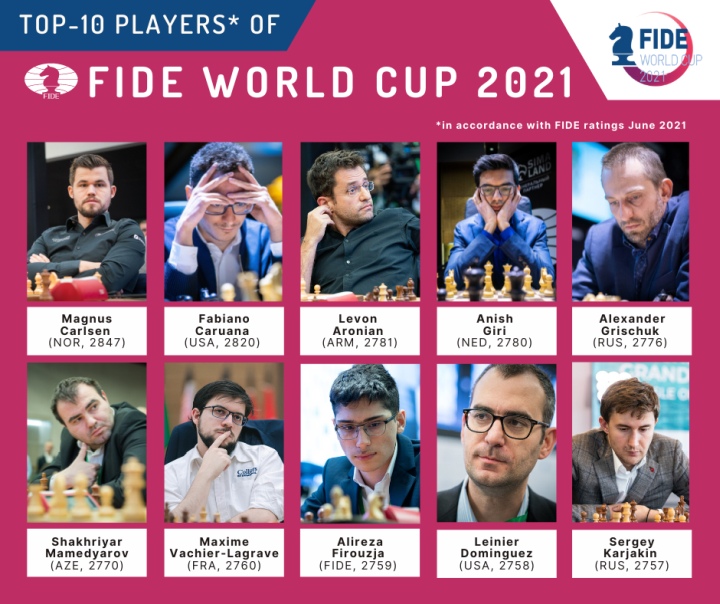 The FIDE World Cups start in Krasnaya Polyana, in the mountains above Sochi, Russia, on July 12th, and the full pairings trees have been released.

The only top players to have dropped out of the Open since we last reported on the event are the 2019 finalists, China’s Ding Liren and Azerbaijan winner Teimour Radjabov. Ding Liren’s decision may relate to travel issues during the pandemic, while Teimour is already qualified to next year’s FIDE Candidates Tournament — essentially by winning the 2019 World Cup. The list of top players who were replaced looks as follows: 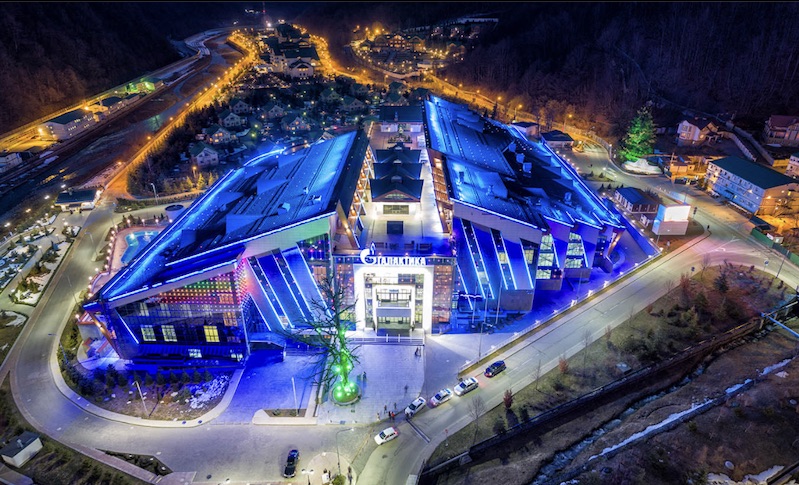 The tournament will be played in the Galaxy Entertainment and Leisure Complex in Krasnaya Polana | photo: official website

That means we’ll have six of the world’s Top 10 — Magnus Carlsen, Fabiano Caruana, Levon Aronian, Anish Giri, Alexander Grischuk and Shakhriyar Mamedyarov — though perhaps the most notable detail about the 2021 World Cup is that, in the middle of a pandemic, the World Chess Federation has decided to stick to the earlier plan of putting on a much bigger event than usual, with an extra 78 players taking part in a preliminary round before we cut the field of 206 players to the standard 128.

That’s not all, as the Women’s World Cup takes place at the same time, with 39 players more than the usual 64, making a 103-player starting line-up. The number of playing days will be more or less the same as before, as this year’s final of the open tournament will be a 2-game classical match as in all the other rounds, rather than four days as before. The 3rd day of each round will be reserved for rapid and blitz playoffs.

Let’s take a look at how the FIDE World Cup has developed over time:

A very brief history of the World Cup

These huge knockouts (100 players until 2000, with top players seeded into Round 2, then 128 afterwards) began their life, controversially, as official World Championships introduced by FIDE President Kirsan Ilyumzhinov in 1998. There was much criticism of the potential randomness of such short knockout matches, but the experiment continued until 2004, with the 1st and 2nd placed players as follows.

In 2005, though, the same 128-player knockouts became biennial World Cups, only qualifying two or three players for the Candidates stage of the World Championship. Almost all the objections to the event had gone and we could simply enjoy the show. Since then we’ve seen the following finalists.

The 206-player field gives a chance to a wider range of players, with the lowest-ranked participant in the event Guam’s Elmer Prudente, who holds the Candidate Master title but is rated just 1998.

He faces the formidable Russian GM Sanan Sjugirov in the 1st round, but before that, as for many of the players, simply getting to Sochi will be a challenge! It’s not just because of the pandemic, but for financial reasons. The prize for losing in Round 1 is $3,750 (the overall winner takes home $110,000) but with FIDE’s 20% cut, hotel costs and flights, that can vanish fast. Elmer held a fundraiser.

The Top 50 players get a bye through Round 1, but that doesn’t mean there are no interesting fixtures. For instance, 12-year-old Mishra Abhimanyu, who started with a win in his latest attempt to beat Sergey Karjakin’s record of becoming a grandmaster at the age of 12 years and 7 months, will be taking on Georgian maverick Baadur Jobava.

There are more youngsters in the field. If 15-year-old Gukesh from India can beat 18-year-old Polish GM Pawel Teclaf he’ll take on Daniil Dubov in Round 2. Gukesh’s colleague Praggnanandhaa needs to beat Paulo Bersamina from the Philippines to play Armenia’s Gabriel Sargissian in Round 2.

Let’s take a look, however, at the top. If the favourites win all their matches we’d get the following quarterfinals:

They need to win four matches first to reach the quarterfinals, however, with Magnus Carlsen’s bracket looking as follows.

As you can see, he may face his Norwegian colleague Aryan Tari, dangerous Russian Maxim Matlakov (or perhaps Radek Wojtaszek), and the rising talent of 19-year-old Andrey Esipenko — though one of Carlsen’s occasional knockout nemeses Daniil Dubov could also stand in the way of the quarterfinals.

Of course that’s just one of the eight sections of the draw. If we assume the favourites win every match they play, then this would be the path to victory for the top seeds.

Of course the favourites winning all their matches would be no fun and is not going to happen, so why not try and predict the future at the interactive brackets we’ve created at Challonge!

This is what the other half of the draw topped by Caruana looks like if the favourites all win...

It’s mainly for fun, but we’ll throw in a year’s chess24 Premium membership for the winner in each section! 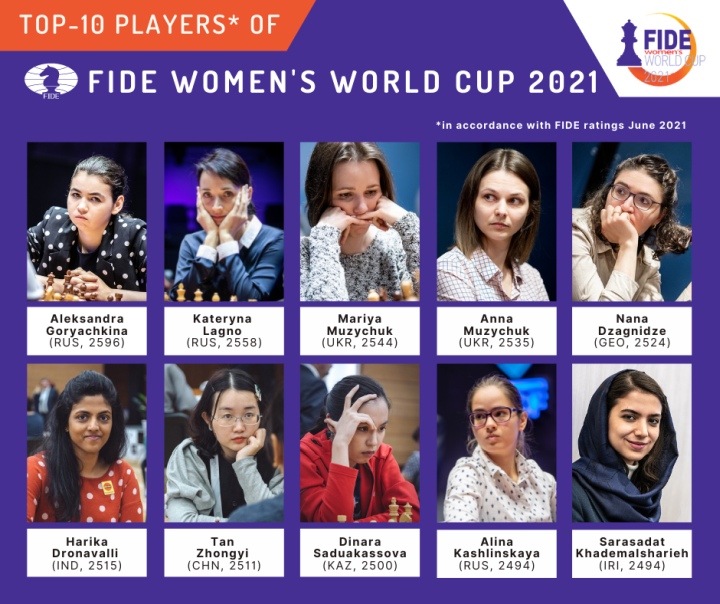 The top seed in the Women’s World Cup is Aleksandra Goryachkina, with world no. 1 Hou Yifan, no. 3 Humpy Koneru and no. 4 (and Women’s World Champion) Ju Wenjun the only players missing from the Top 10.

We’ll have full coverage here on chess24, including video from the playing hall, when the action starts on Monday July 12th!

First, however, we have the Goldmoney Asian Rapid, with Magnus Carlsen, Hou Yifan, Wesley So, Alireza Firouzja and 12 more stars in action from 13:00 CEST each day from Saturday June 26th onwards — tune in to live commentary here on chess24.