World Chess Federation representatives Nigel Freeman and Israel Gelfer met the Tromsø organisers in Norway on Tuesday and later noted “far less problems” than with the organisation of previous Olympiads. We bring you an update on the developing situation surrounding the 2014 Chess Olympiad.

On Monday chess24 reported that the Norwegian government had ruled out a rescue of the Chess Olympiad in Tromsø, which claims it desperately needs 15 million NOK (1.84 million EUR) in additional state support.

In the worst-case scenario, the chess world’s biggest event would be cancelled, the organisers said on Monday.

Two days after FIDE published an open letter that criticised the organizers, FIDE’s Executive Director Nigel Freeman and Vice President Israel Gelfer met with Tromsø 2014 in Norway to discuss the status of the event. 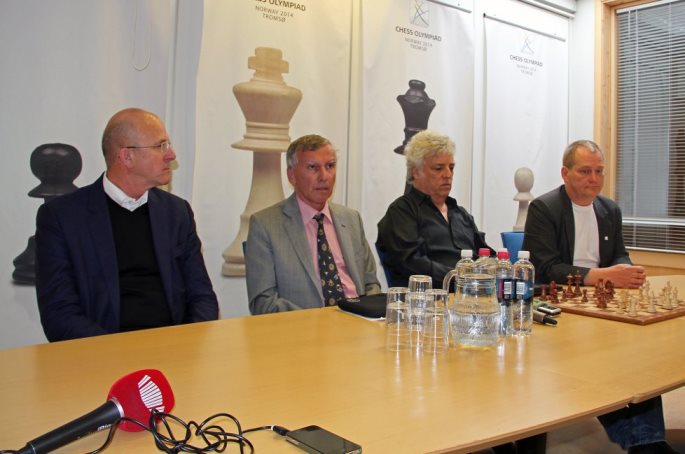 A couple of Norwegian papers reported on the meetings, in particular local Tromsø newspaper Nordlys.  During a press conference on Wednesday, Freeman explained they were “not very happy” when they were informed about the situation.

However, Freeman seemed pretty optimistic in his next comment reported by Nordlys:

But everything the organisers said they would do has been done. So we expect them to solve the problems they have.

Freeman later repeated what was stated in the open letter on FIDE’s website - the organisers should have communicated with FIDE about their money crisis earlier:

It would have been better if we’d been informed earlier, but we’re sure they’ll resolve the situation. I believe the event will be very well-organised. I think Norway and Tromsø are on course. Some things are left to do, but that’s always the case. Obviously there’s the financial part, but that’s between the organisers and the sponsors. When it comes to non-economic issues, everything is in place – we don’t see any problems. We think it will be a good event given the organisation here.

Hans Olav Karde, Chairman of the Tromsø 2014 board, conceded to NRK that “they should have informed FIDE earlier”.

We admit we should have informed them earlier, but our priority was to inform those who had any influence on the matter first.

Finally, Freeman did actually give some praise to the Norwegians for their efforts so far:

There are always problems with Chess Olympiad events. Compared to previous organisers, Norway and Tromsø have had far less problems. In many of the other Chess Olympiads, we’ve had greater financial problems.

Many people, even within Norway, have raised the question of how Tromsø ended up in this situation. Why didn’t they adjust their budget when they saw they wouldn’t be able to generate the anticipated income? Why didn’t they cut down on their expenses? What caused the budget overrun?

In an interview with Nordlys, Aulin-Jansson provided some new information and said it was out of their control:

On the sponsorship side, we have a shortage of 5 million NOK (615,000 EUR), which hasn’t helped. We’ve had some unpleasant surprises with taxes, inflation adjustments, increased arena costs, sponsor sales and the amount of nations registered. With all the things that could have happened, either positively or negatively, we’ve mostly been unlucky. If you include everything, it’s an amount somewhere between 27 and 29 million NOK (3.3-3.5 million EUR).

Tromsø 2014 CEO Børge Robertsen said they would have reached their target if it hadn’t been for the 2013 World Cup. 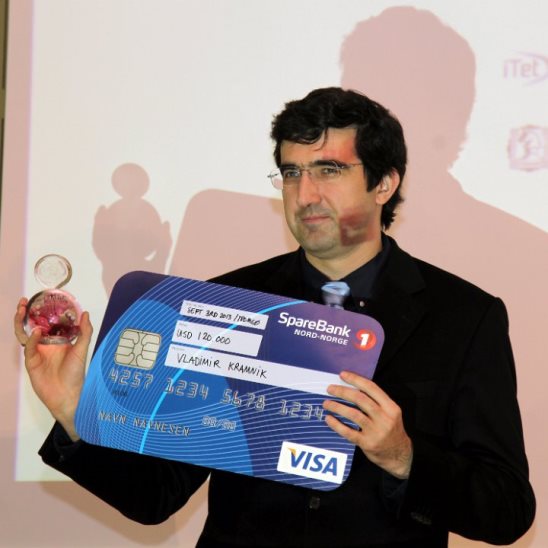 We would have reached the target because we’ve adjusted our expenditure as we went along due to the negative surprises. When people read the newspapers and see we’re in financial trouble they assume we’ve wasted money, but that’s not the case. If you remove the World Cup, we’ve spent 17.7 million NOK (2.17 million EUR) less than originally budgeted.

Aulin-Jansson also pointed out they would have liked to have a couple more people in the administration to work on marketing and profiling in order to “activate Tromsø”.  He also said the missing funding has an impact on board and lodging and “any matters that affect the players”.

“The consequences would be very big” 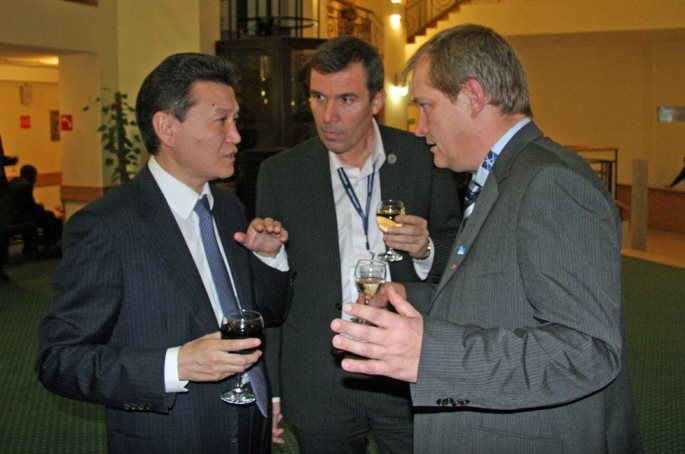 The President of the Norwegian Chess Federation Jøran Aulin-Jansson had a busy Tuesday. First, he gave a presentation to the “Committee on Finance” in the Norwegian Parliament, explaining why Tromsø 2014 is in need of 15 million NOK in additional support.

Aulin-Jansson presented three main reasons for the problems, which were essentially the same as those given in his interview with chess24 in our first report.

In addition, he provided some numbers on the budget of the Tromsø 2014 Chess Olympiad:

Aulin-Jansson, who is also Deputy Director of Tromsø 2014, was asked by the Committee what the consequences of cancellation would be. His answer was designed to up the pressure on politicians:

The legal responsibility would likely fall on Chess Olympiad Tromsø, but reputation-wise it would be more damaging for the Norwegian Chess Federation, Tromsø and Norway. As for the consequences, I can mention there are 181 nations registered and many of them have already booked their tickets, which may be difficult to refund. There are many deals we’ve made that would be complicated to get out of.

Finally, he answered the question rather bluntly:

The consequences, seen from my point of view, would be very big.

After the presentation, Aulin-Jansson was hopeful in his comment to iTromso.no:

I’ve presented our views in front of the committee. Now we can only hope that they understand how much we need this money.

A decision from the state is expected to come in the next few weeks.

chess24 tried to reach Nigel Freeman for a comment on the current situation and for a response to our previous story on Tromsø . Unfortunately, we haven’t received an answer from him yet. Instead, we got the following reply from FIDE’s office:

Mr. Freeman is travelling. Please read the announcement recently published on our website.

Shortly before we received FIDE’s reply a short statement was published on the FIDE website:

The financial situation was discussed and they were advised that they would receive a final answer in the next two - three weeks, which is expected to be of a positive nature.

FIDE also pointed out the obvious:

Cancelling the Olympiad would severely damage the reputation of both the city and the country, particularly bearing in mind that they may be a candidate for holding the Winter Olympics in 2022.

The Olympiad is 69 days away and counting - chess24 will keep you informed of the latest developments!