FIDE under pressure to strip Russia of Chess Olympiad

FIDE has revealed it will hold an extraordinary meeting to "review" all its official planned events in Russia as the chess world reacted to Russia's invasion of Ukraine.

It comes after the world governing body came under intense pressure to strip Russia of its flagship Chess Olympiad — the chess equivalent of the FIFA World Cup — which is due to be held in Moscow this July-August. 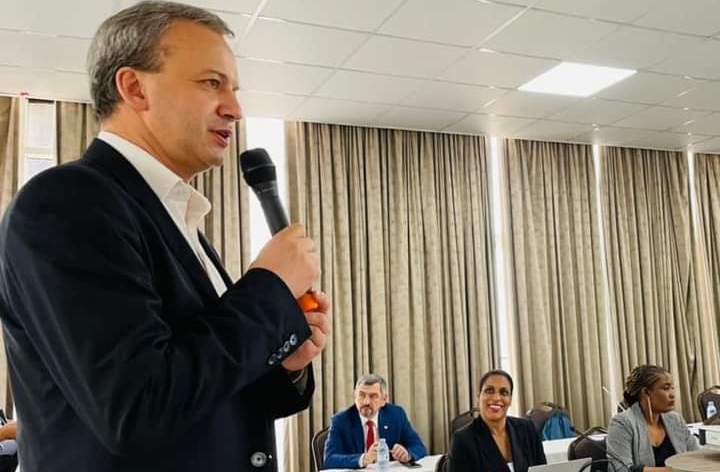 FIDE's Russian president Arkady Dvorkovich has been in Uganda | FIDE

Several prominent players and commentators have called for the Olympiad to be moved following the shocking events overnight and criticised FIDE's failure to act.

"During its extraordinary meeting, FIDE Council will review holding of all the planned FIDE official chess competitions and events in Russia. The member federations and the responsible FIDE Commissions will be consulted in order to take the most appropriate decision."

The chess world needs to bring itself into a situation where we don't have to call it a 'rapidly deteriorating geopolitical situation', but be able to express our full support to Ukraine and call it what it is, a Russian invasion of a sovereign country.

Jacob Aagaard, the Danish-born Scottish GM, went further. In a post on Facebook, he called for all Russian players to be banned from FIDE competitions and for the management of FIDE to be replaced.

Several sporting organisations have already severed ties with Russia in response to the events. UEFA will move this season’s Champions League final from St Petersburg, with the decision set to be confirmed at an extraordinary meeting called for Friday morning.

The International Olympic Committee, of which FIDE is a member, said it strongly condemns the breach of the Olympic Truce by the Russian government.


However for FIDE, which is often accused of being Russian-dominated, any decision to move the Olympiad or any chess event away from Russia is likely to be highly-controversial internally.

Mr Dvorkovich has been FIDE president since 2018, when he replaced another Russian, Kirsan Ilyumzhinov, who led the federation for 20 years.

Dvorkovich has been in Kampala, Uganda, this week as part of a delegation attending FIDE's second continental meeting. He has yet to speak publicly about the implications of the invasion of Ukraine.

Meanwhile, several of Russia's top players have expressed concern about their government's actions. Russia's number 1 Ian Nepomniachtchi described today as the worst "Black Thursday" the world has ever faced.

Nepomniachtchi had already told the Meltwater Champions Chess Tour broadcast before the invasion that everyone needed to "stay sane" and said "this whole situation is pretty sad for me".

Andrey Esipenko, the 19-year-old who faces Nepomniachtchi in the Airthings Masters semi-final today, said he had "really hoped for a peaceful solution to the situation" and that it was "terrible to realise that it was all happening".

Sergey then published (and finally deleted) an extraordinary tweet at a time of immense suffering. 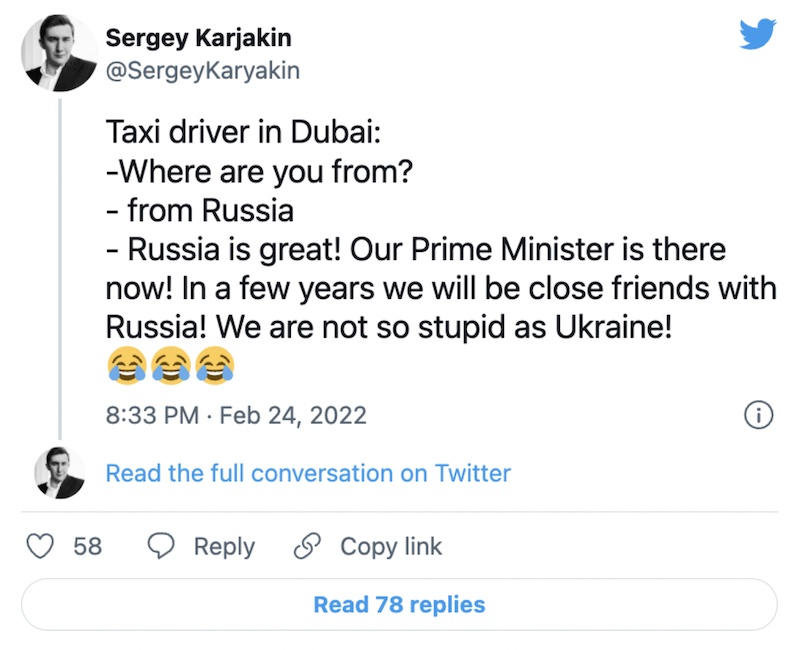 Will the chess community, or fellow participants, accept Sergey Karjakin as a player in the Candidates Tournament, the 8-player event later this year that decides the next World Championship challenger?


Chess events being moved from Russia is not the only implication for the game, however. There is now an open question about whether Russian players will be able to travel to the Belgrade Grand Prix, as sanctions are set to be imposed.

Russia's decision to invade Ukraine has also resulted in the 12th World Champion, Anatoly Karpov, being banned from entering Europe. 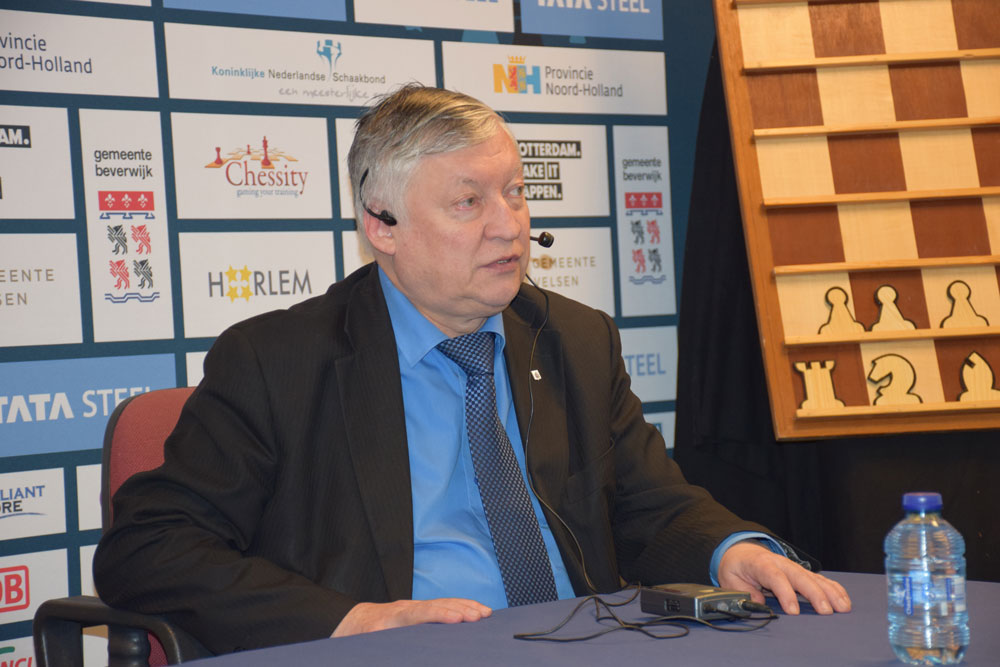 The 70-year-old is among the Russians sanctioned by the EU for voting in favour of the recognition of the self-proclaimed People's Republics of Donetsk and Luhansk in eastern Ukraine, a prelude to war. The sanctions mean Karpov will be unable to travel to or transit through Europe.