FIDE to investigate Carlsen and Niemann

FIDE has confirmed they will launch an investigation into Magnus Carlsen and Hans Niemann after the cheating scandal that has dominated the chess world and gathered worldwide attention in recent weeks. 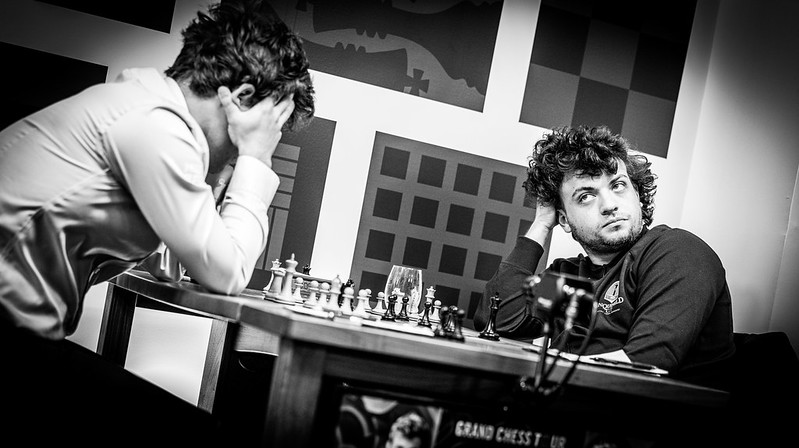 The shockwave from Hans Niemann's win over Magnus Carlsen in Round 3 of the Sinquefield Cup continues to expand | photo: Lennart Ootes, Grand Chess Tour

The news was broken by German news portal t-online, and later confirmed by FIDE.

Are there enough facts to justify an allegation of cheating? If we conclude that this is the case, we would bring appropriate charges with the FIDE Ethics and Disciplinary Committee. However, we would also investigate whether a false accusation has been made.

The FPL commission, which consists of 12 members, will form a panel of three members with the possibility to consult external experts wherever analysis is required. The members of the panel are expected to be finalized in a matter of days.

The focus of the investigation would be twofold: checking Magnus Carlsen's claim of alleged cheating by Hans Niemann and the latter's own statement regarding online cheating, FIDE says.

The chairperson of FPL, Salomeja Zaksaite, says they are "ready to examine the circumstances, compile and analyze all the data and evidence available, and ascertain the facts and allegations that have been made public." She added:


In the best interest of the chess community, we would kindly ask the public to refrain from speculations on the outcomes and potential sanctions until all available facts are well considered, and a proper investigation is finalized.

The investigation comes three days after Carlsen published a statement where he, for the first time, revealed his reasons for withdrawing from the Sinquefield Cup, and then his shock resignation against 19-year-old Hans Niemann after only two moves.

The statement made clear that the World Champion suspects cheating.

I believe that Niemann has cheated more — and more recently — than he has publicly admitted.

Carlsen has received both support among top grandmasters and criticism for his actions and statements.

Norwegian FIDE Vice President Jøran Aulin-Jansson was unaware of the investigation when speaking to Dagbladet.

"An investigation is an advantage for all parties, both for Magnus and Niemann. I'd guess the commission feels pressure to make a decision in the case," he says.

"I am very curious about the competence of the members of the commission. Also I don't know who they are," Aulin-Jansson told NRK. "This is exciting legal territory. I don't envy the commission."

The next FIDE Council meeting is October 7, when the Carlsen/Niemann scandal is likely to be discussed.


Both Carlsen and Niemann could face suspensions: Carlsen for making allegations without evidence, and Niemann if there is sufficient evidence of cheating.

FIDE previously criticized the World Champion in a carefully worded statement suggesting, "there were better ways to handle this situation".

However, there was no mention of any sanctions and FIDE President Arkady Dvorkovich ended the statement by saying the controversy could have "a long-term positive effect, if tackled properly".

Hans Niemann is yet to respond to Carlsen's last statement. He is confirmed for the US Chess Championship that begins October 4th.