FIDE scrambles to replace Nepo's flag before start of play

Hours before "Nepo's" first move against defending champion Magnus Carlsen was made, FIDE officials were informed the emblem emblazoned below the challenger’s name may be in danger of breaching Russia’s World Anti-Doping Agency ban. 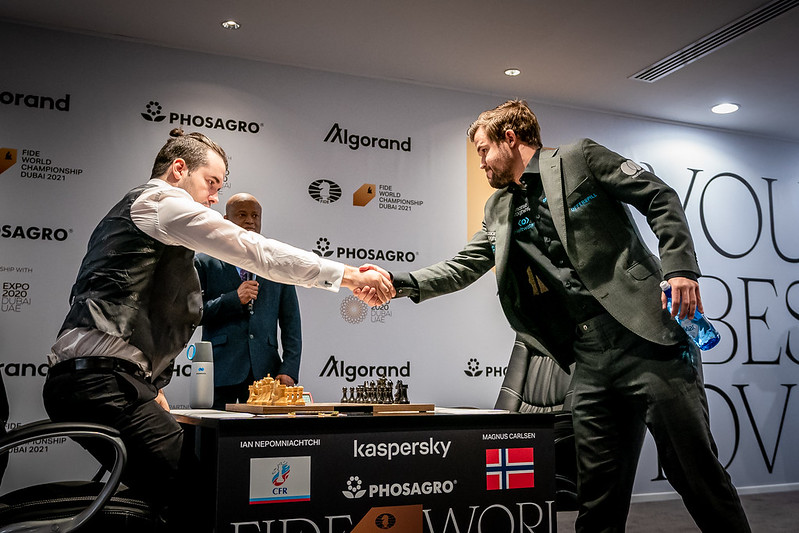 The match start with Nepo's flag having been switched | Photo: Eric Rosen, FIDE

The ban — which was in force at the Tokyo Olympics earlier this year — prevents the Russian name, flag and anthem being used at World Championship and Olympic events.

However, pictures excitedly released yesterday by FIDE clearly showed Nepomniachtchi would be playing the 14-game match in Dubai under the flag of the "Chess Federation of Russia", which includes its full name. 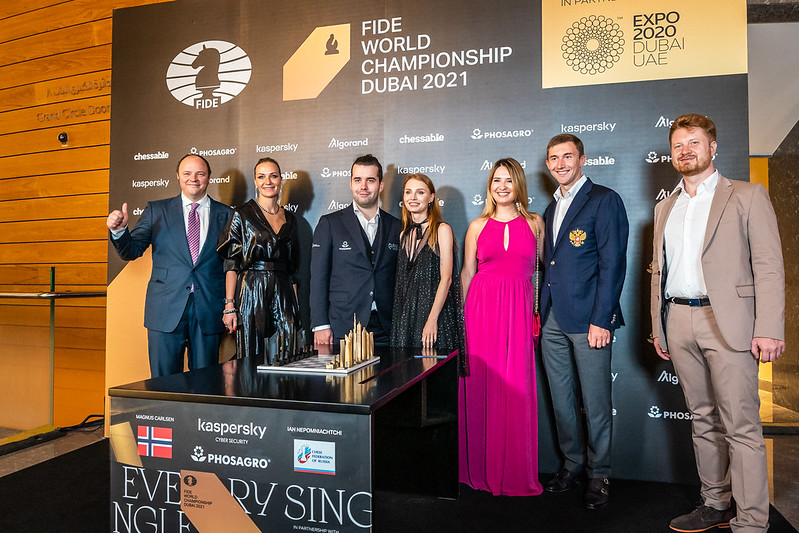 Russia's four-year ban on using its name at World Championship events was imposed after the Russian Anti-Doping Agency was declared non-compliant by WADA in December 2019. In December 2020 it was reduced to two years.

The ruling applies to chess World Championships because FIDE is recognised by the International Olympic Committee as the supreme body responsible for the organisation of the sport. Breaching the ban could have serious consequences for FIDE.

Dvorkovich publicly acknowledged the ban when it was reduced last December, before Nepomniachtchi had won the Candidates tournament to secure his shot at the title.

Based on the information that we have, our reading of the decisions, we understand that this can only affect the World Championship match if a chess player from Russia plays in it. By letter, he will not be able to play under the flag of Russia.

The ban drew worldwide attention when it was enforced at the Tokyo Olympics earlier this year. An agreement was struck that Russian athletes could compete under the banner of the Russian Olympic Committee — but were only allowed to display the acronym “ROC”.


Russian chess players followed suit last month at the Women's World Team Chess Championship in Sitges, Spain, and used the used the acronym “CFR”. The Russian team went on to win the event. 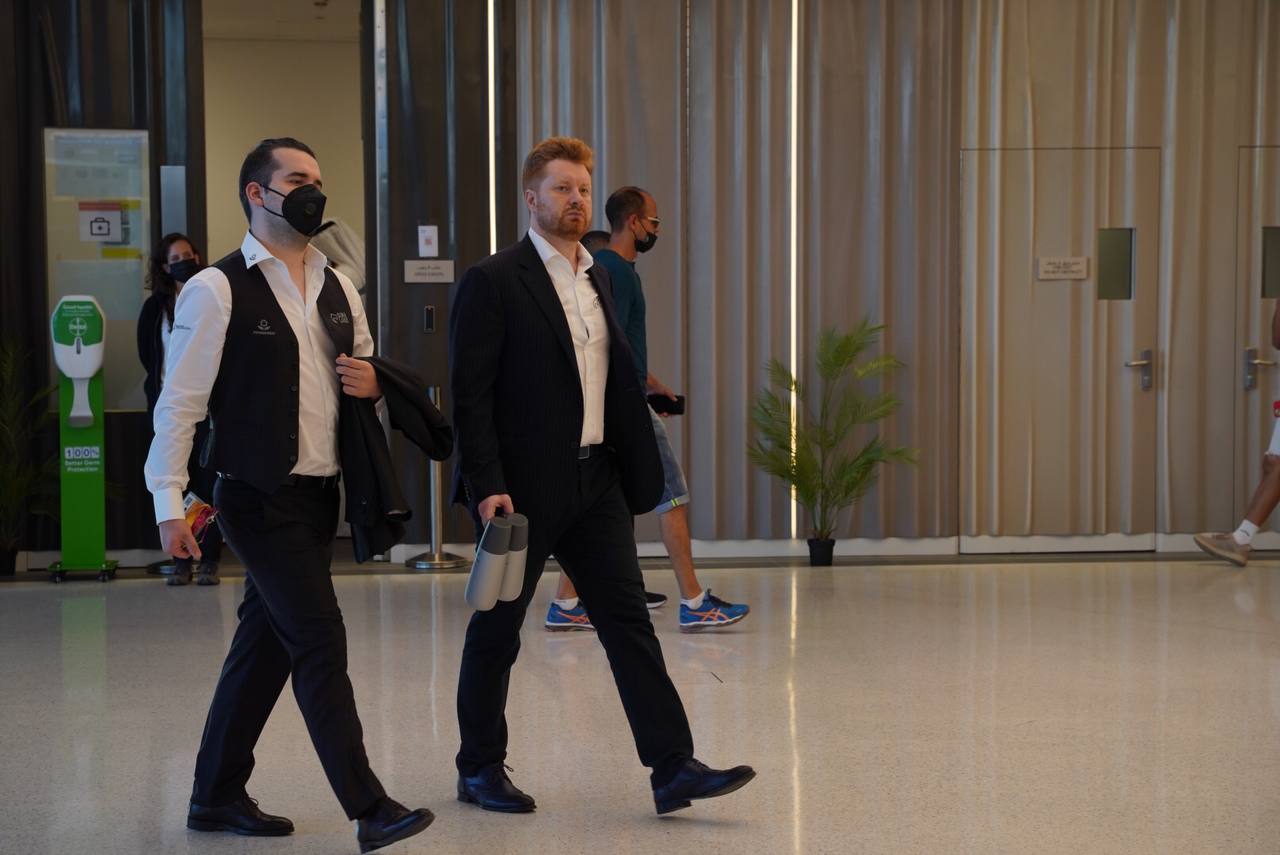 Nepomniachtchi arriving for the match with his second Vladimir Potkin | Photo: FIDE

However, when the match table for the FIDE World Championship was revealed on Twitter, the acronym was missing from Nepo's flag. When chess24 spotted the mistake, FIDE was informed.

FIDE press spokesman David Llada responded by saying: “You are right. I am looking into that.

“I believe this version [the flag on the table] has also been cleared, but now you make me doubt and I might revert to the version we used in Sitges to be on the safe side…”.

When play began at 13:30 CET today, the Russian Chess Federation flag had been replaced.