FIDE Grand Prix organiser World Chess is asking the players to get in touch for a “package” if they want their personal sponsor logos to be shown during the events. The demand has provoked reactions from top players Anish Giri and Vidit Gujrathi, but World Chess CEO Ilya Merenzon denies they are actually asking for a cut. 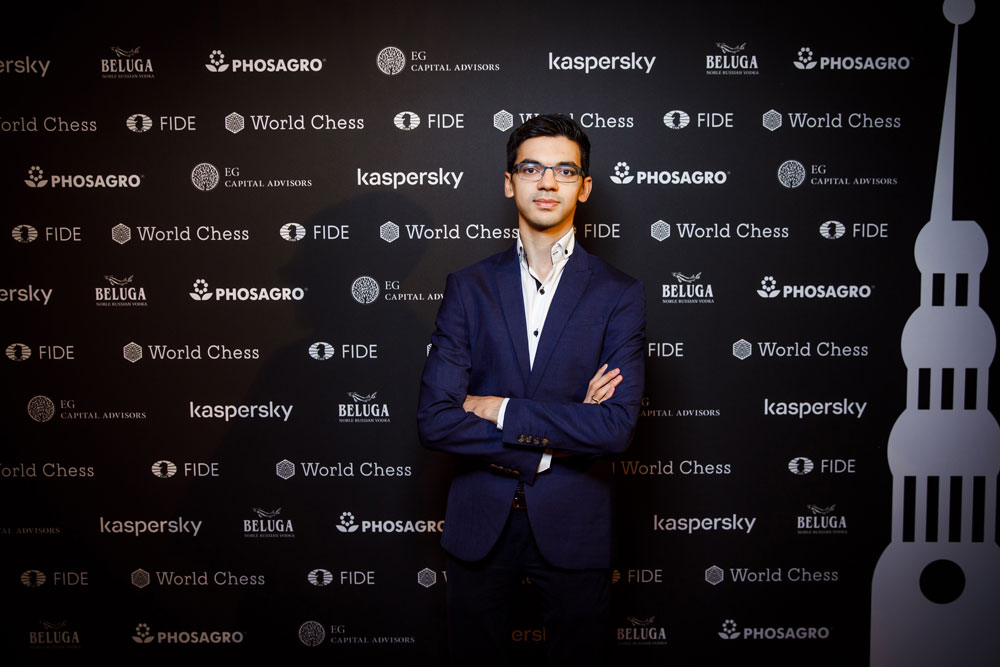 The FIDE Grand Prix, a series of three tournaments in Berlin and Belgrade starting February 3rd, is the final chance for players to secure the two remaining spots in the 2022 Candidates Tournament, the qualifier for the 2023 World Championship match. The series will feature 24 players, with each player competing in two of the events.

The events are organised by World Chess (formerly known as Agon), the company that organised the World Championship matches from 2014 to 2018 and lost several lawsuits against chess servers over the right to broadcast the moves live.


In an email sent out to qualified players, the company is now asking players to get in touch for a “package” regarding display of logos during the event, chess24 has learned.

In the email to the players, World Chess write:

We have been made aware that some players are negotiating 2022 contracts with new and existing sponsors and we are happy to offer a position to your sponsors inside the events. The package will include a right to display the logo on player's jacket and digital presence.

If you would like your sponsors being advertised during the Grand Prix Series, please let me know and I will connect you to the partnership specialist.

The following paragraph is included in the current regulations, and was also present during the 2019 FIDE Grand Prix: “Players shall not wear, use or display any apparel, footwear, accessory or other item (...) bearing an identification of or advertising or otherwise promoting the players' sponsors, without prior written permission by FIDE or FIDE’s commercial agency.”

While the above clause in the regulations is not new, FIDE have previously allowed personal sponsors to be displayed provided they are “not in conflict with FIDE's and IOC's values and policies”. During the Candidates players were granted permission to wear logos in exchange for giving a few hours of their time, but it was not stricly enforced. FIDE also stresses that they have never actually asked for a "cut" from players' personal sponsors.

The requirement comes at a time of increasing demand from organisers to get their share of players' sponsorship money. One example is Magnus Carlsen, who went through negotiations with FIDE regarding his sponsor Unibet, a betting company. The details of the negotiations are not known, but Carlsen did display his sponsor in Dubai. Magnus Carlsen with his Unibet sponsor shown on his shirt in Dubai | photo: Eric Rosen, FIDE

World no. 7 Anish Giri, who is sponsored by technology-based trading firm Optiver, is among the players who are critical of the demand for what appears to be a cut of sponsorship money.

On Twitter, he supported his friend and former second Vidit ,and said players should be allowed to wear  logos during events.

chess24 reached out to Giri, who declined to comment on the matter further.

Popular chess streamer Levy Rozman did offer his support to Giri, tweeting to his 172,000 followers.

FIDE General Director Emil Sutovsky distanced himself from the new demand and pointed out that the FIDE Grand Prix events are organised by World Chess, not FIDE.

Responding to Sutovsky on Twitter, World Chess CEO Ilya Merenzon, disputed that they are actually asking players for a cut.

Merenzon also responded to Giri, once again denying that they are asking for a 'cut', saying they simply want players to “make a deal” with the organisers.

In a statement to chess24, Merenzon says that they are simply following the rules and regulations since 2014 that players must receive prior written authorization in order to display sponsor logos.

The reason for this provision, in my view, is that the event’s principle source of financing is sponsorship, and sponsors demand predictability, including the number of sponsors and assurances of no conflict. How would it look if, for example, MasterCard sponsored the event, and the player who ends up winning the event, was sponsored by Visa (with the Visa logo clearly displayed on the player’s jacket during the awards ceremony). It would not only be a huge commercial scandal but a gross violation of sponsorship ethics and best practices.

There are ways to agree with the organizers (World Chess in this case) case by case, specifically in exchange for services to the audience (such as masterclasses or other arrangements). Also, in some cases, players’ sponsors can be offered additional sponsorship packages by the event organisers in case they want bigger exposure and that would also include the right to display the logo during the event. All arrangements should be formal and confirmed by both parties, and top sponsors will be informed of such arrangements beforehand.


This debate is healthy. It only shows that there are more commercial interests about chess and the interest in the game is growing. Other sports have experienced the same frictions in the past, like Formula 1, snooker, and football. Both sides, players and tournament organisers, will need to meet halfway in most cases.

NOTE: This story has been updated with the response from Ilya Merenzon, World Chess.