The FIDE Candidates Tournament, the event that provides the challenger for reigning World Champion Magnus Carlsen, was stopped in Yekaterinburg, Russia after only 7 of 14 rounds had been played when COVID-19 led to the closure of Russian airspace. It has long been unclear whether the event can continue, but FIDE Director General Emil Sutovsky tells chess24 they have a plan to resume the event this autumn, but that it may be moved to another location outside of Russia. 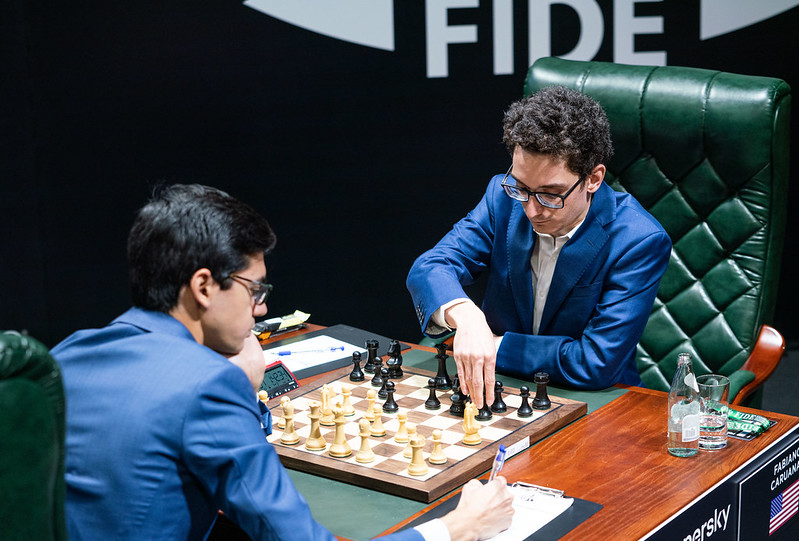 Maxime Vachier-Lagrave and Ian Nepomniachtchi are in the joint lead with 4.5 points after 7 of the 14 rounds have been completed, a full point ahead of Fabiano Caruana, Anish Giri, Wang Hao and Alexander Grischuk on 3.5 points.

Sutovsky: "Plan to go ahead with Candidates in September/October"

Now FIDE Director General Emil Sutovsky tells chess24 they plan for the event to take place within the next 3-4 months, and that they are looking at alternatives outside of Russia. A decision is expected in July, says Sutovsky.

We plan to go ahead with the Candidates in September/October, and except for Russia, we are reviewing a couple of other possible venues that confirmed their interest to host the second half.

Sutovsky did not give any details about potential venues, but several countries in Europe are likely being looked at. However, since the relaxing of restrictions, countries such as Germany, Spain and Portugal have seen an increased number of infections that has led to reimposed localized lockdowns. Just days ago, the World Health Organization (WHO) warned that the pandemic has entered a "new and dangerous phase" as cases hit new highs.

While countries around the globe are slowly approaching normality and organising over-the-board tournaments again, online chess events, such as the ongoing Chessable Masters on chess24, are still dominating - and are likely to do so for most of 2020. However, chess fans are eager to see top players return to play over the board, in particular in the Candidates, which will decide Magnus Carlsen's challenger in his 5th World Championship match. 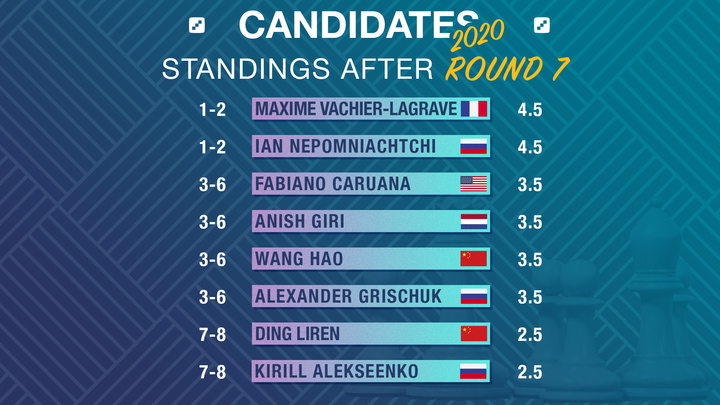 FIDE President Arkady Dvorkovich told chess24 in May that he considered the likelihood of the second half of the event taking place in September as "60%". Asked what the chances are estimated at now, Sutovsky says:

We can't be sure, of course. We see that there are already several countries that have the situation under control. However, even there, a lot of restrictions on travel are imposed - and that is one of the reasons we are not in any haste to approve the venue and dates. At the same time, the notice can't be too short either. Our firm intention is to have it this autumn - but nowadays the typical modus operandi does not work. Borders open? Visas? A second wave? Possible rescheduling after announcing? All that has to be carefully considered. We believe that within a month or so we will be able to take an informed decision, taking into account all the possible obstacles.

Magnus Carlsen's prediction in the middle of May that the World Championship match will not take place in 2020 has proven to be right. The event was scheduled for Dubai starting December 20th, but Sutovsky now reveals that they are looking at new dates: March/April or autumn:

We came to an agreement that scheduling it for this year, as originally planned, is impossible. Two options are on the table now: spring 2021 and autumn 2021.

As the event we envisioned together is going to be exceptional in many regards - we need to understand whether we can have a full-scale World Championship Match, with all the massive side activities - as early as in March or April. And that largely depends on the eventual second wave of COVID-19. We have a very fruitful dialogue with our counterparts at EXPO, but more time is needed before we can have a definite plan. It would not be too difficult to isolate the players and their teams and to have it sooner, but, once again, we aim to stage something exceptional - and it has been discussed in detail and agreed between the parties. We hope it can materialize in spring 2021, but we have no choice but to wait and see if it realistic.

A new format for the World Rapid & Blitz Championship?

That's not the only major event in danger. The popular World Rapid & Blitz Championship has taken place in the last few days of December every year since 2016.


Sutovsky says the event is still on the table, but will likely have a different format this year.

It is unlikely to be staged in the same format this year. We still hope to be able to stage it, albeit in a different format.

We can only wait and see. Meanwhile, chess fans will have to stick to online events and you can enjoy the Chessable Masters and the rest of the events in the Magnus Carlsen Chess Tour for the months to come!