Fact or Fiction: Before Bilbao 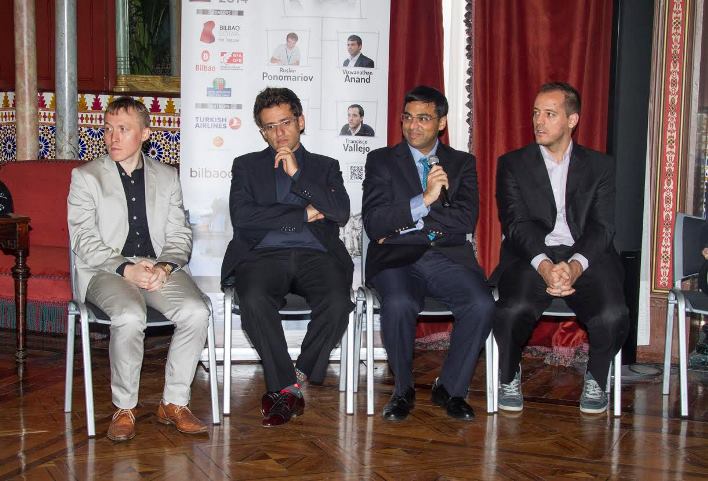 Vishy wasn't on our panel on this occasion, but he was answering questions in Bilbao! | photo: European Chess Club Cup

No rest for the superhuman! It's just a week since Fabiano Caruana shook the chess world to its foundations in St. Louis, but he's already back in action. Tomorrow he'll be starring alongside Hikaru Nakamura in the European Club Cup, while Vishy Anand, Levon Aronian, Paco Vallejo and Ruslan Ponomariov lock swords in the same venue for the Bilbao Masters. On the eve of the events we asked a panel of experts to give their verdicts on some topical issues.

So then, let's get down to the questions:

1. Fact or fiction: Caruana’s performance in St. Louis was the most impressive ever

‌Peter Svidler: Fact. Yes, no two ways about it.

‌Jan Gustafsson: Fact. At least if we're talking tournaments (in match play Fischer had a pretty decent streak back then). I certainly haven't seen anything like it. 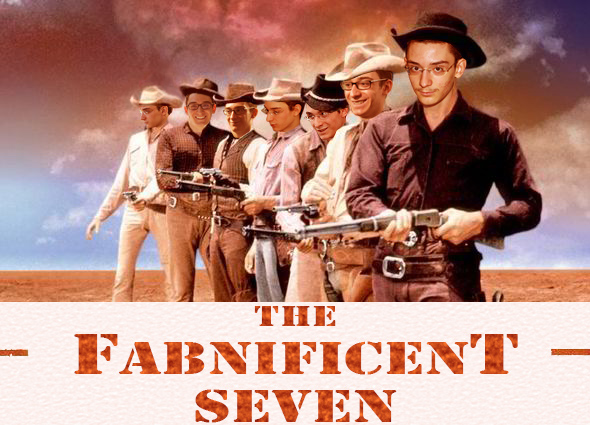 Lawrence Trent: Fact. Given the level of his opponents, even compared with Karpov 94 and Fischer's streak, I think this is the most impressive. One must take into account that the general level of chess is the highest it has ever been, so this makes his performance stand out even more.

Paco Vallejo: Fiction. I’m not a great student of the classics, but I’m sure it wasn't the best tournament performance – if he’d managed to win in rounds 8 and 9, where he was completely winning, then I think it would have been unsurpassed. Although it wasn’t a single tournament Fischer’s 20 wins in a row… seem tough to beat.

2. Fact or fiction: Magnus Carlsen will still be number one on 1 January 2016

Peter: Fact. I'd go with yes - but is there a separate market on whether the list he will top will still be the FIDE list?

Jan: Fact. Who knows, but I would still take him against the field. We should not forget his track record over the last five years because of one tournament.

Sopiko: Fact. Carlsen seems to be quite stubborn when it comes to being the world number one, so I don't think he’ll gift this honour to anyone anytime soon.

Lawrence: Fact. I can see Fab getting very close, but Magnus will feel motivated to put in a good few performances and keep top spot.

Paco: Fact. Magnus is favourite to retain his number 1 place for some time at least. His 30-point edge is nevertheless quite significant, and you have to keep in mind that Caruana’s result, despite his brilliant chess, was also down to his opponents playing a long way below their ability, according to Kenneth Regan.

3. Fact or fiction: Carlsen-Anand, Sochi 2014, will be a repeat of their first match in Chennai 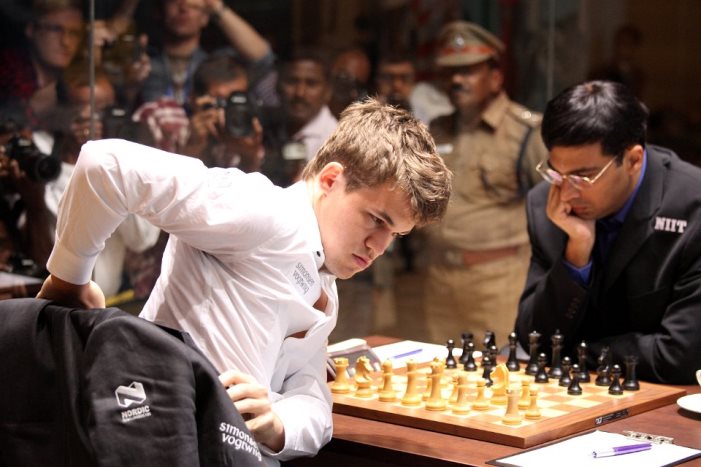 Peter: Fiction. No, it will be in Sochi.

Jan: Fact? Not sure I get the question. It’s the same players, different year, different location. Does that make it Fiction? As far as who is gonna win, I’ll go with the majority opinion that Carlsen is the favourite, but it should be much closer this time around. Botvinnik has taught us that it’s not a great idea to underestimate a middle-aged former champ in a rematch.

Sopiko: Fiction. For sure we won't witness another one-sided victory.

Lawrence: Fact, in as much as Magnus will win the match. It will be closer, of that I am sure, but I think Magnus will still win it by a healthy margin.

Paco: Fiction. I really doubt it. Anand played with too much respect the first time round. Now he’s got nothing to lose and, moreover, I think he’ll have seen my videos on how to play against Magnus

It’ll be a much tougher match.

4. There's no clear favourite for the Bilbao Masters

Peter: Fact. The team that with Caruana, Nakamura, MVL and Bacrot looks very good. Oh wait, you're asking me about the other Bilbao event?

Jan: Fact. Levon has not been recognisable recently...

...we haven't seen much of Vishy or Ponomariov either. Paco is in shape, but he is the rating underdog and is down 1-8 against Pono.


Sopiko: Fact. You can never name a clear favourite in such a strong tournament.

Lawrence: Fact. Paco is playing his best chess in a long time, Lev is suffering from poor form, Vishy will probably be a bit rusty and Pono will be solid as usual. Tough one to call.

Paco: Fact. Ratings are usually a good indicator, so Levon and Vishy are slight favourites, but Pono has been World Champion, among his other achievements, and if I keep playing good chess I could be a surprise as well.

5. Fact or fiction: Sopiko’s umbrella gambit was an illegal move in her Ice Bucket Challenge

Peter: Fiction. It's all in a good cause - and anyway, compared to @SirPatStew, she adhered to the rules religiously.

Jan: Fact. This is the latest in a long series of Sopiko deceits. I am glad the chess24 editors have the guts to call her out for what is easily the biggest cheating scandal in chess since the Feller case.


Sopiko: Fiction. It’s important to be aware of prophylaxis even when playing gambits.

Lawrence: Fact. She should be punished for her terrible behaviour. I will leave it up to the powers that be to decide her fate!


Paco: Fiction. Yes, there's been a lot of discussion, but if money is donated then it’s already done its job! Sopiko is so sweet that she’s forgiven everything

I think she was born to star in front of the camera. She has a very clear English accent and innate elegance.

So that's all for this edition of Fact or Fiction!

Don't miss Jan and Lawrence's commentary on the Bilbao Masters and European Club Cup - the action starts on Sunday 14th September at 15:00, and you can follow it LIVE here on chess24!