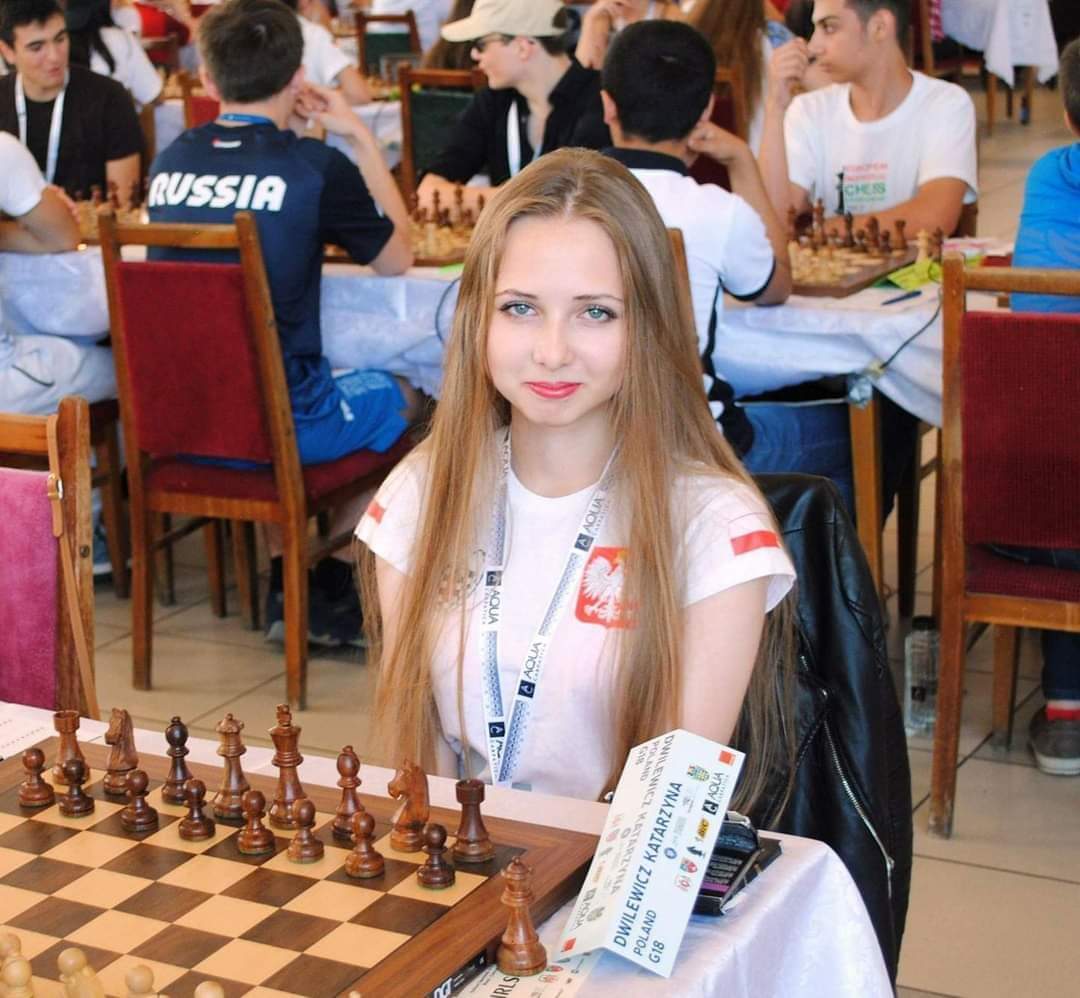 Patrycja Waszczuk’s 2-year ban for cheating was based on multiple pieces of evidence, but the strongest – and where it all began – was that another Polish player, Katarzyna Dwilewicz, caught Patrycja using a mobile phone in the toilet during Round 4 of the Ustroń Chess Festival. The Polish Chess Federation stressed that the mere possession of the phone in the toilet would have been enough for a ban, but in an exclusive interview Katarzyna reveals that she found Patrycja using chess software to analyse her game.

The chess community has been rocked by the case of Patrycja Waszczuk. The 17-year-old Women’s FIDE Master looked to be a great hope of Polish chess. In 2019 she won the U16 European Girls Championship, in March this year she won the U18 Polish Girls Championship and in August she was the youngest player in the overall Polish Women’s Championship. Her career now lies in ruins, however, after she was banned from playing for two years after being found guilty of “electronic doping”, using chess computer software to cheat while playing.


In our report on the scandal we quoted from a recently published resolution of the Polish Chess Federation’s Commission for Awards and Discipline, which included the finding, “[Patrycja] used a telephone in the toilet, which was confirmed by the report of eyewitness Ms …”. That eyewitness, whose name was blacked out, is 21-year-old Women’s FIDE Master Katarzyna Dwilewicz, who agreed to talk to chess24 about what she saw.

Patrycja’s father talked about a “conspiracy by two of his daughter’s direct rivals”. Have you ever played her?


Katarzyna Dwilewicz: No, I've never played a game against her. In fact the Ustroń Open was the first time we’d ever met, as we hadn’t even played at the same tournament before.

Did you have suspicions about Patrycja during the first three rounds? Were players talking about her?

Yes. Her going out to the bathroom more than a dozen times a game was really distracting, especially having heard about all the earlier suspicions. 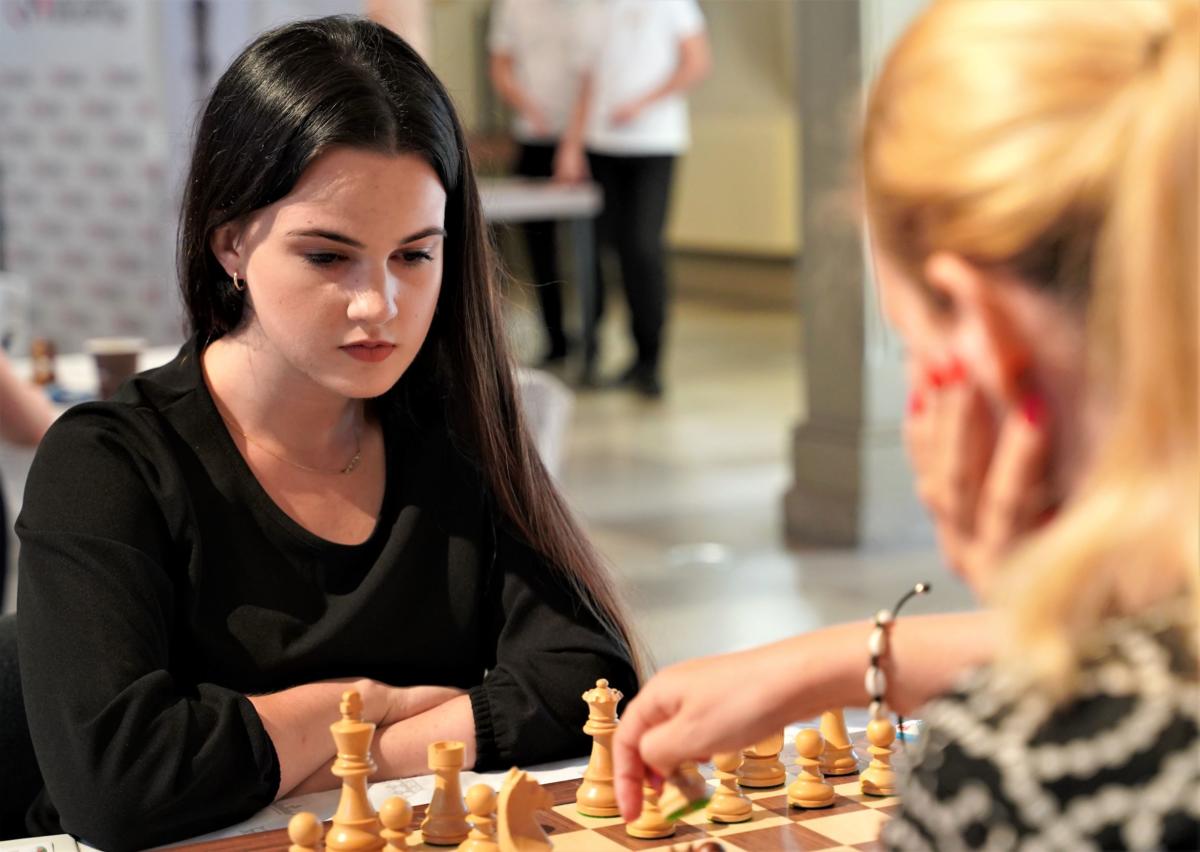 What happened during Round 4?

I was playing a game against Anna Kubicka. I played a move and then I saw Patrycja get up from the board (she was playing close to us). When she left the playing venue, I waited 30 seconds and went to follow her. In the bathroom there were three toilets. She went to the one on the left (the middle one had a little gap at the side of the door and the right one had a window with a view of the backyard). There was no-one else there.

I went to the middle one and silently started to stand up on the toilet seat. My heart was beating so fast when I was climbing on the toilet! I was all shaking. Finally, when I climbed up high enough, I looked down. I saw her sitting down. She was using a phone and I am sure of what I saw. I saw clearly the phone screen. It was exactly the same position she had had on the board a while ago. She was checking variations from a chess program.

Patrycja didn't notice me. She had no idea I was watching her. Then I hid and waited until she went away and I immediately went to the arbiters. I reported what I saw to them. It all happened in 4-5 minutes.

Did you see what happened next?

We finished our game. We were still at the playing venue, and at some point I went out for a few minutes to make a call. When I came back, Anna Kubicka told me that she had seen Patrycja trying to get rid of her phone. Then Patrycja finished her game. The arbiters asked her to go for a search and I was with them all the time. She started to get nervous and tried to leave the playing venue, saying, “I need to go to my grandma for a moment”. Of course we didn't let her go. Then she refused to be searched. She didn't want to show her bag and she admitted twice that she had a second phone.

Did you hear Patrycja say anything about a power bank in her bag? 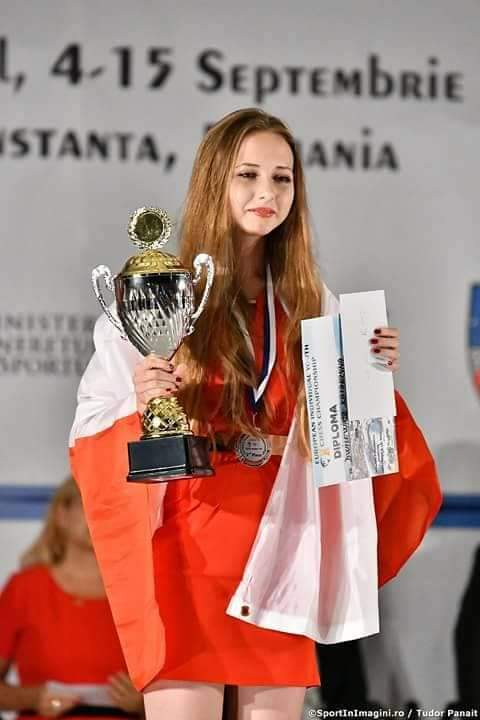 Katarzyna won silver at the 2017 European U18 Girls Championship

No, she didn’t say a single word about that and only admitted to having a second phone. I heard that it was only a few hours later that her father sent an email mentioning a power bank.

Did you have to give evidence before the Commission?

I spoke with the arbiters and also frequently with the management of the Polish Chess Federation. I made a statement too. When she sends an appeal I will have to give evidence to the Disciplinary Commission.

Have you had any contact with Patrycja or her father since?

I haven't had any contact with them. Patrycja creates fake accounts and defends herself under Polish posts about the verdict and other articles about her. She insulted me and other people involved in the situation in comments. I've also received a private message from one of her fake accounts, where she threatened me.

What was the general reaction of the chess community?

After the situation happened I received a lot of very nice calls and messages. People congratulated me on catching her and some of them called me a “hero”. It’s fun to be called a “crown witness” too!

Patrycja Waszczuk’s father has vowed to appeal, while for now the ban only strictly applies in Poland. FIDE Vice President Łukasz Turlej told chess24 what is likely to happen next.

There’s also an option for the FIDE Fair Play Commission to apply independently to the Ethics Commission, in which case the punishment could be increased or reduced, though Łukasz explained that the ban follows FIDE guidelines for minors.

We expect that the necessary legal procedures within FIDE will begin within the next two weeks and will be completed within a reasonable time. Of course, if a player takes part in a tournament, this will be taken into account when deciding on the start date of disqualification (if she is found guilty).

We’ll keep you updated on any new developments.