The curse of the sole leader struck again in Jerusalem, with David Navara bringing an abrupt end to Ian Nepomniachtchi’s reign. We analyse that spectacular game in depth, while Anton Korobov and Evgeniy Najer were the other big winners in Round 9 of the European Championship. They join Navara in the lead on 7/9, with only two rounds to go. 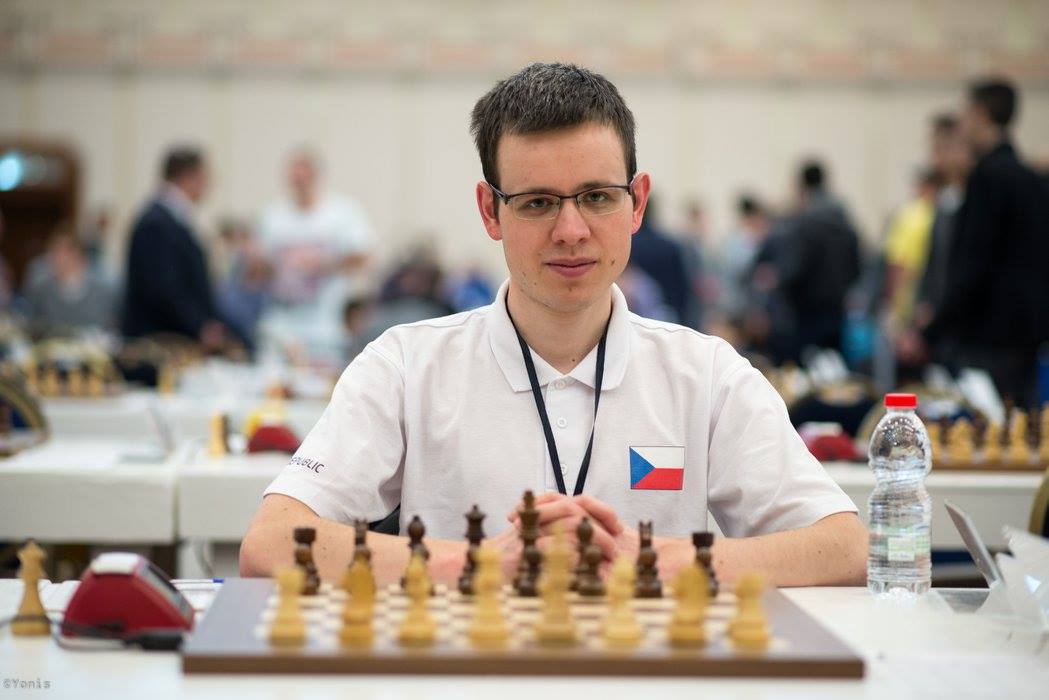 We’d already mentioned the great form Czech no. 1 David Navara has been showing in this tournament, and his live rating of 2754.9 currently makes him the world no. 14 and the favourite to win the whole event. His victory over Nepomniachtchi was truly impressive:

6... g6 was Nepo's usual move, but after losing to Svidler with 7. h4 he preferred to go for the move in the game, which has only had one elite outing... though not a bad one

7. ♗b2 After 13 minutes of thought Navara deviates from the game mentioned and decides to play without d4. In fact, it's worth noting the curiosity that he doesn't advance the d-pawn until move 31, and the e-pawn doesn't move again until move 44... but despite that we'll see that he controls the centre for almost the whole game!

7... ♘d7 Since Black ends up in trouble in only a few moves this is perhaps the moment to seek an improvement. Nepomniachtchi no doubt avoided Nc6 to prevent pins with Bb5, but the knight would have been better placed on c6, for instance in order to stop a future a5, as happened in the game.

8. ♕b3! This is a very attractive way of stopping e5. Can you see how before reading the following comment?

9. c4 Stopping the f8-bishop from being developed by putting pressure on g7.

9... b6 10. a4! Navara continues to play very concretely, looking to pose problems on the queenside before completing his development.

10... ♗b7 11. a5 f6 Trying to complete development, but creating new weaknesses! Black's problem is that he still can't play

14... ♘f8 15. f4 Reinforcing the e5-point, which has been left weak since no black pawn can control it. Another very interesting approach was

17. h4 Preventing the black knight from feeling at home. There was also the very direct

17... O-O-O It was difficult for Nepo to choose a flank for his king, since neither seems to offer any prospects of safety!

20. ♗e4! David had calculated all the lines accurately.

21. ♕xe4 ♘d3+ The knight can't be captured due to the discovered check by the bishop on g3, but Navara had seen that the knight will be trapped on b2.

23... ♖he8 24. ♖xb2 After the dust has settled White has achieved a big advantage, since the black king position is highly vulnerable and the white heavy pieces are ready to make life very tough for the black monarch... On the other hand, White doesn't yet have a material advantage, so he needs to play with precision in order not to waste such a good position.

27. ♖a8! The pin leaves the bishop a bystander.

27... ♖d6 28. ♖1a7 Forcing an ending immediately, although there was no hurry and it may have been better to first play Qg6, Ne5 and only then enter on the seventh rank.

28... ♕xa7 29. ♖xa7 ♗xa7 30. ♘e5 ♖ed8 31. d3 In this case the rooks are unable to compete well with the queen due to the weaknesses in the black position. When evaluating the battle between a queen and rooks the king safety of the side with the rooks is a key element. In this case we can say that the black king will never be left in peace!

32... ♗b8 33. ♕h1! h5 Nepomniachtchi doesn't give up easily in the ending, here doing all he can to prevent the knight from settling on e5.

34... ♖f5 35. ♘g6 Navara now puts his faith in coordinating the queen and knight against the black king before the rooks can organise themselves.

42. ♕g8 ♖xd3 43. ♘f8 was the precise sequence, although it's still not easy to finish Black off. White will capture on g7 and the h-pawn should decide matters if the queen and knight don't manage to terrorise the black king first.

42... ♔b7⁇ As Anand explained when he failed to punish a serious mistake by Carlsen in the World Championship match, at times when you're defending and don't expect any tactics you can miss crucial resources. In this case Nepomniachtchi could have played

43. ♕f5 But now there are no longer any chances for Black. 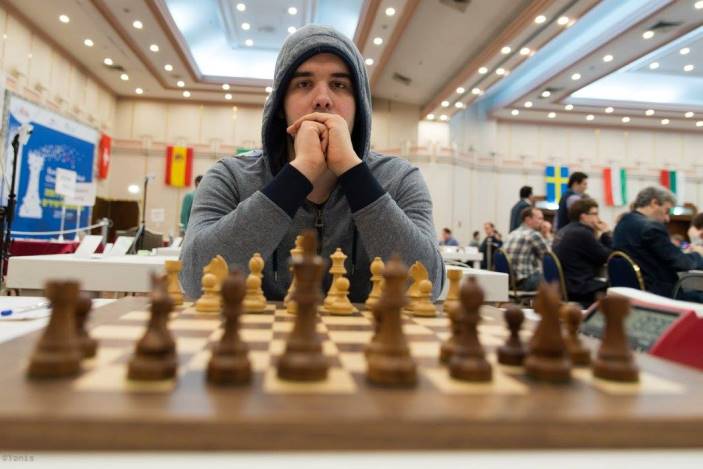 Nepomniachtchi only got to enjoy being sole leader for a single round | photo: Yoav Nis, official Facebook page

Elsewhere two players joined Navara in the lead. Korobov pushed and pushed his a-pawn to beat Smirin, while Najer came out on top in a complex Petroff against Nisipeanu.

In Round 10 Najer has White against Korobov while Navara has Black against Sjugirov. What will be the approach of the players with half a point less? Will they aim for a draw to secure one of the 23 qualifying places for the World Cup? Or will they target a place on the podium? We’ll soon see – live here on chess24 from 10:00 CET.