Maxim Rodshtein, Ferenc Berkes, Kirill Alekseenko and Kacper Piorun went into the only rest day of the 2019 European Individual Championship in the joint lead on 4.5/5. The 11-round tournament in Skopje, North Macedonia sees 350 players fight not only for the European title but for 22 places on offer in the FIDE World Cup later this year. Top seed Vladislav Artemiev is half a point back and continuing to impress – he crossed 2750 and overtook Hikaru Nakamura on the rating list during the early rounds. 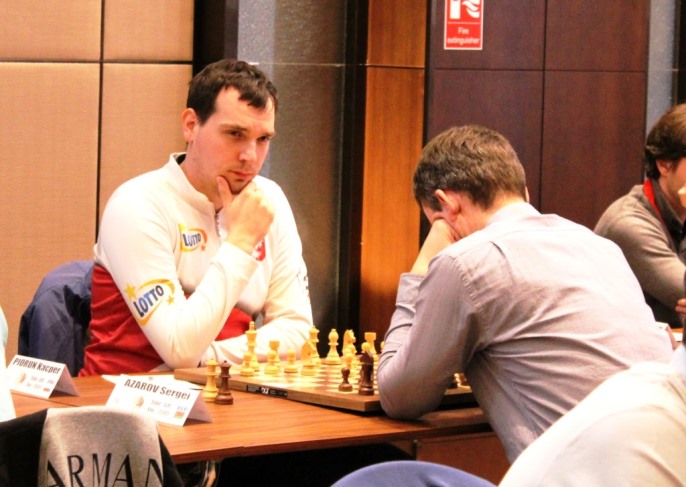 Kacper Piorun has been on fire, with only Sergei Azarov managing to put out the flames... | photo: official website

The statistics for the event in the Double Tree by Hilton Hotel in Skopje are impressive. Of the 361 players six are rated above 2700, but no less than 67 are above 2600, with a total of 143 grandmasters. You can replay all the games using the selector below (click on a result to open the game with computer analysis, or hover over a player's name to see all their games):

With such a strong field it’s no surprise that we’ve had multiple leaders, with no less than 19 after Round 4. After Round 5 that was cut to four: Maxim Rodshtein from Israel, Ferenc Berkes from Hungary, Kirill Alekseenko from Russia and Kacper Piorun from Poland. All of them have won four games and drawn one, though it hasn’t always been easy! Here’s the position after Kirill played 30.e6 against fellow 21-year-old Rasmus Svane from Germany:

The most spectacular player of the event so far, however, has been Polish 5-time World Champion in chess problem solving Kacper Piorun. He had one shaky moment in his first game (16.Nb5! would have been very strong), but he pounced after his opponent carelessly played 28.Rd4?? with the lethal stab 28...b4!

There’s no way to avoid losing material. That was the spark for some stunning games from Kacper, who was winning against Valeriy Neverov in the next round in just 12 moves. The final move sums up the game for Black, who has just played 21…Rb6, covering the e6-square for a 4th time.

22.e6! anyway, and Black resigned. 22…Qxe6 would be the only way to defend f7, but then 23.Rae1 follows. In Round 3 Zhamsaran Tsydypov was lost in 13 moves and resigned in 25, while Tal Baron was lost in 15 and resigned in 23, despite both Piorun’s opponents having the white pieces. Only Sergei Azarov escaped with a draw. 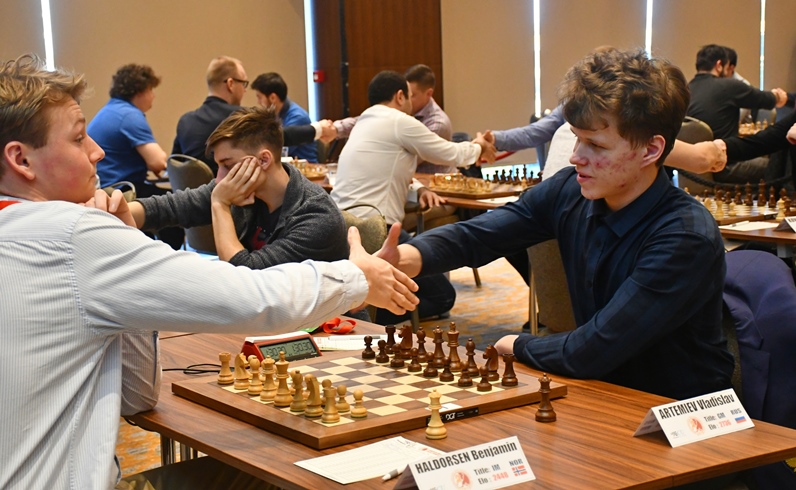 Vladislav Artemiev took big risks in the first game of the event, but they ultimately paid off | photo: official website

The top seed in the tournament is 21-year-old Vladislav Artemiev, whose 2019 has gone like a dream. He recently got married and will become a father this year, while on the chessboard he’s finally been delivering on the great promise he’s shown since his early teens. He won the Gibraltar Masters, starred for Russia in the World Team Championship (Alexander Grischuk described him as Chuck Norris) and started with three wins in four in Skopje. In Round 2 his victim was the hero of the 2019 Aeroflot Open, Kaido Kulaots:

19.Nxf7! Kxf7 20.Nxe6! wasn’t winning on the spot, but Artemiev’s bravery was rewarded as he went on to outplay his opponent in the tricky position that followed (for a second day in a row he won an ending with a rook vs. the bishop pair). That win took Russia’s new Vlad above 2750 on the live rating list and above Hikaru Nakamura, a player he also beat in Gibraltar. 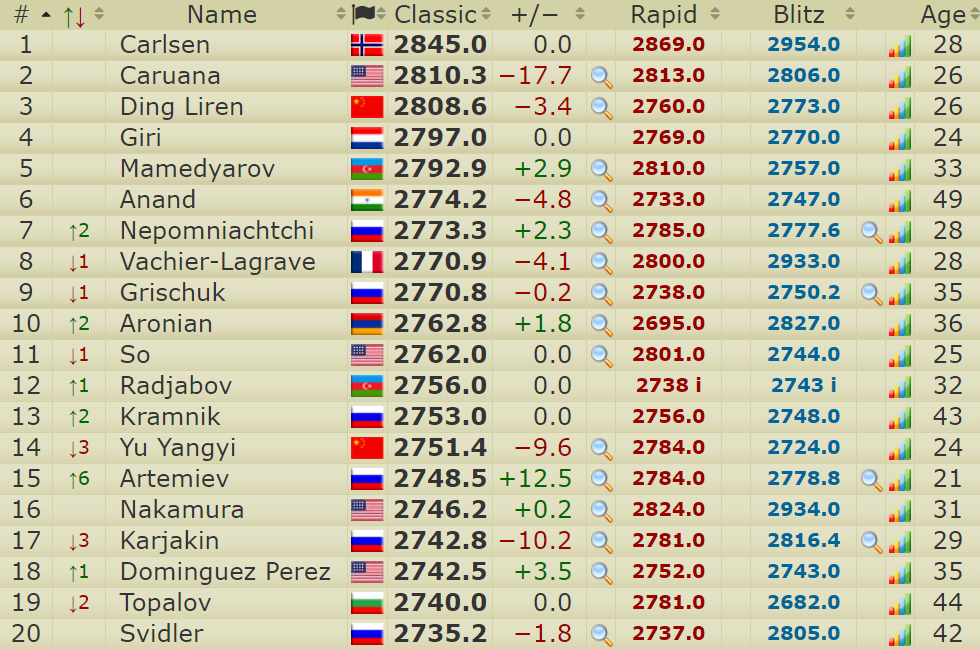 Two draws saw Artemiev slip below 2750 again, but the suspicion is that's not for long | source: 2700chess 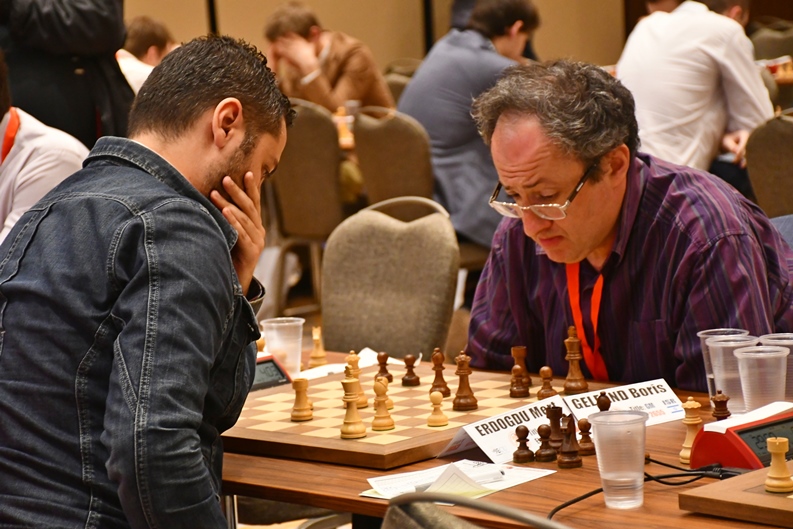 Boris Gelfand has regained 20 points in Prague and Skopje, repairing some of the damage done in a couple of tough events late last year | photo: official website

Saturday was the only rest day:

The action resumes on Sunday at 15:15 CET (there’s a 15-minute anti-cheating delay), with video commentary from Grandmasters Ivan Sokolov and Adrian Mikhalchishin right here on chess24!