Ding Liren handed a 3rd successive loss to Peter Svidler as top seeds Alkaloid beat 4th seeds Mednyi Vsadnik in Round 4 of the 2018 European Club Cup. That takes the Chinese no. 1 to 91 classical games and over 430 days unbeaten as he closes on Mikhail Tal’s unbeaten streak of 95 games in 1973-4. Mamedyarov’s Odlar Yurdu were held to a surprise draw and now face Magnus Carlsen’s Valerenga, with the World Champion just 4.3 points ahead of Fabiano Caruana after an exciting draw against 20-year-old Alexander Donchenko. 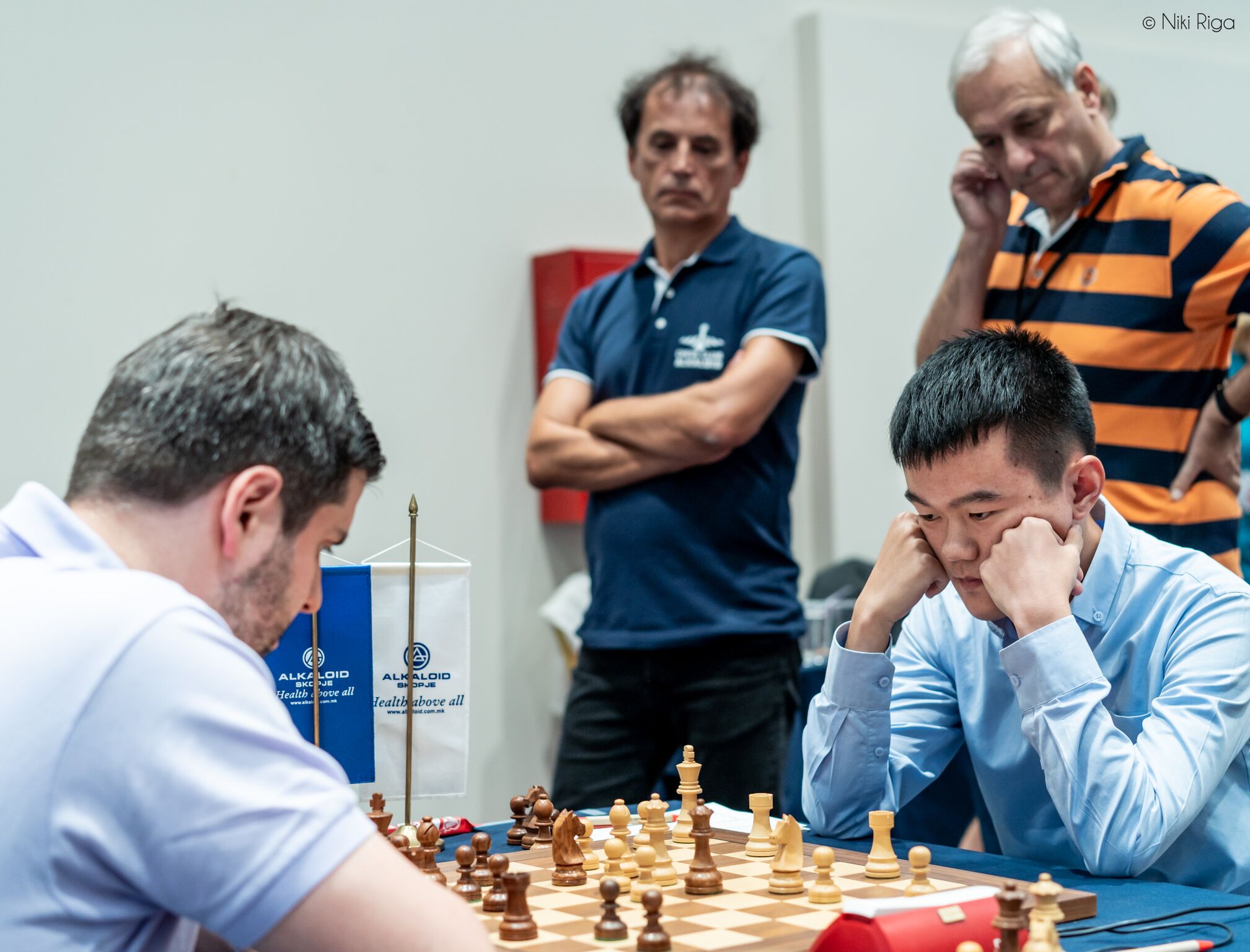 Only two teams, top seeds Alkaloid and 6th seeds Obiettivo Risarcimento Padova, still have a 100% record after Round 4 of the European Club Cup: 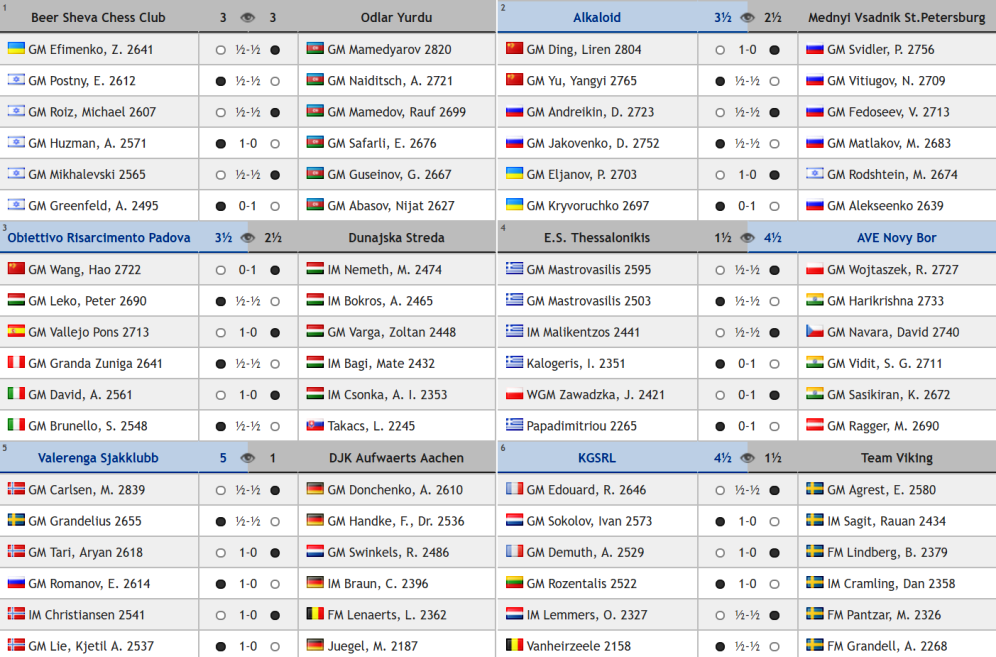 You can replay all the games with computer analysis here. And here’s the Round 4 commentary from FM Sotirios Logothetis and GM Ioannis Papaioannou, which is now accompanied by high-quality live video of the players:

Little did we know it at the time, but this would be an extraordinary moment: 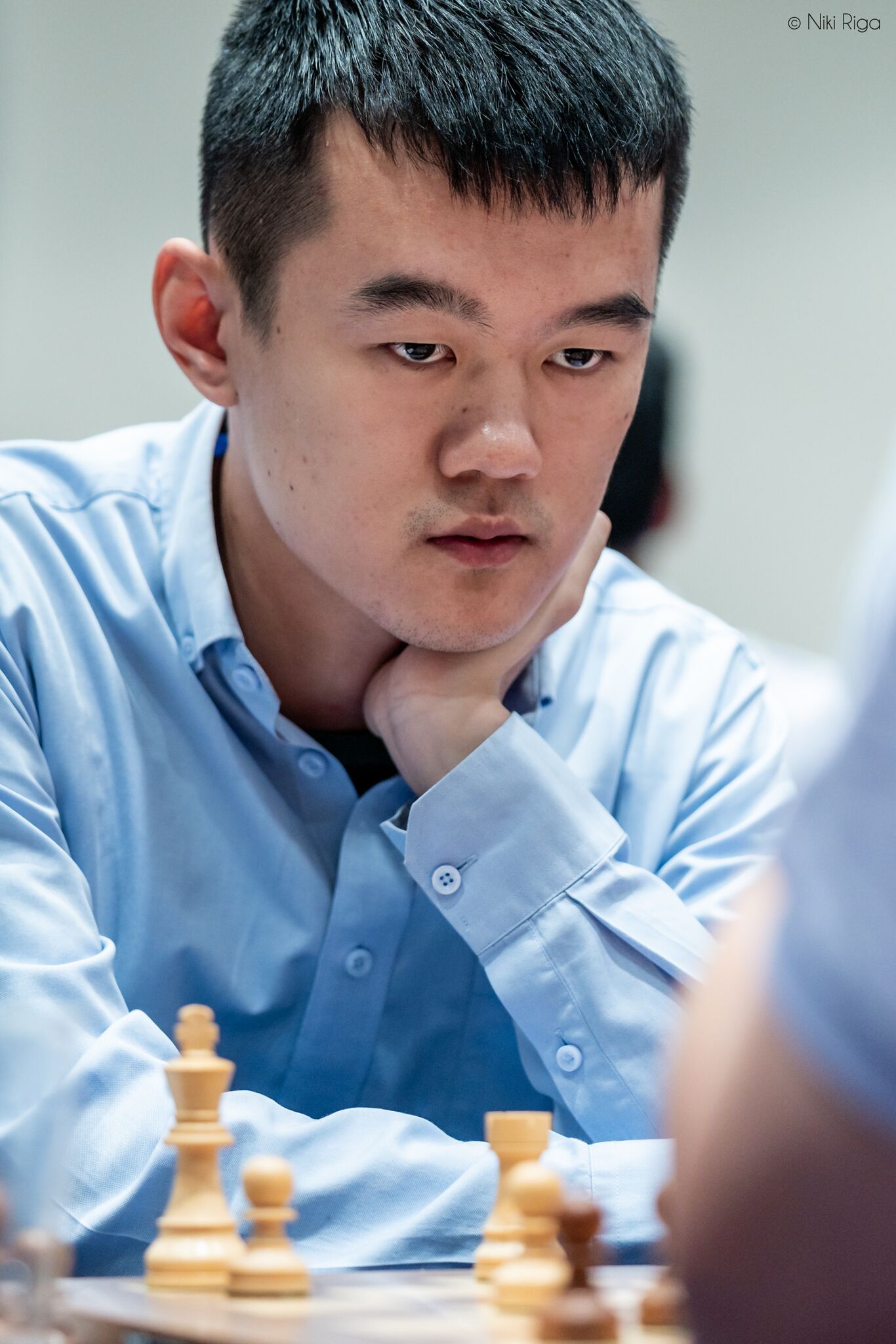 25-year-old Ding Liren would already be a worthy World Championship challenger, but he has to get there first | photo: Niki Riga, official website

It was August 9th, 2017 in Wenzhou, China, and Ding Liren's resignation came in the 2nd game of a 4-game match. That's something he hasn't had to do since in a classical game, despite playing tournaments of the rank of the World Cup and the Candidates Tournament.

His victory over Peter Svidler in the European Club Cup makes it 91 games and 1 year, 2 months and 6 days unbeaten. If he can stretch that run another 4 games, including in the Chinese League or perhaps the Shenzhen Masters where he faces Maxime Vachier-Lagrave, Anish Giri, Yu Yangyi, Radek Wojtaszek and Nikita Vitiugov from the 4-14 November, he’ll have matched the great Mikhail Tal. Sergey Tiviakov claims to have gone 110 games unbeaten in 2004-5, but Ding Liren has faced a different level of opposition and has now set a new peak live rating of 2813.3.

His opponent on Monday couldn’t have been having a more different time. Peter Svidler had lost the previous two games with the white pieces, in the kind of tactical positions he usually revels in. Something wasn’t quite right, and in the circumstances facing Ding Liren with the black pieces wasn’t the ideal scenario. Peter stayed true to his combative style, conceding white the centre only to attack it, but it always seemed a case of Black holding on by the skin of his teeth. In the end the pawn grab 38…Nxa2? (38…Kf7!), played with just two minutes on the clock, spelled the end: 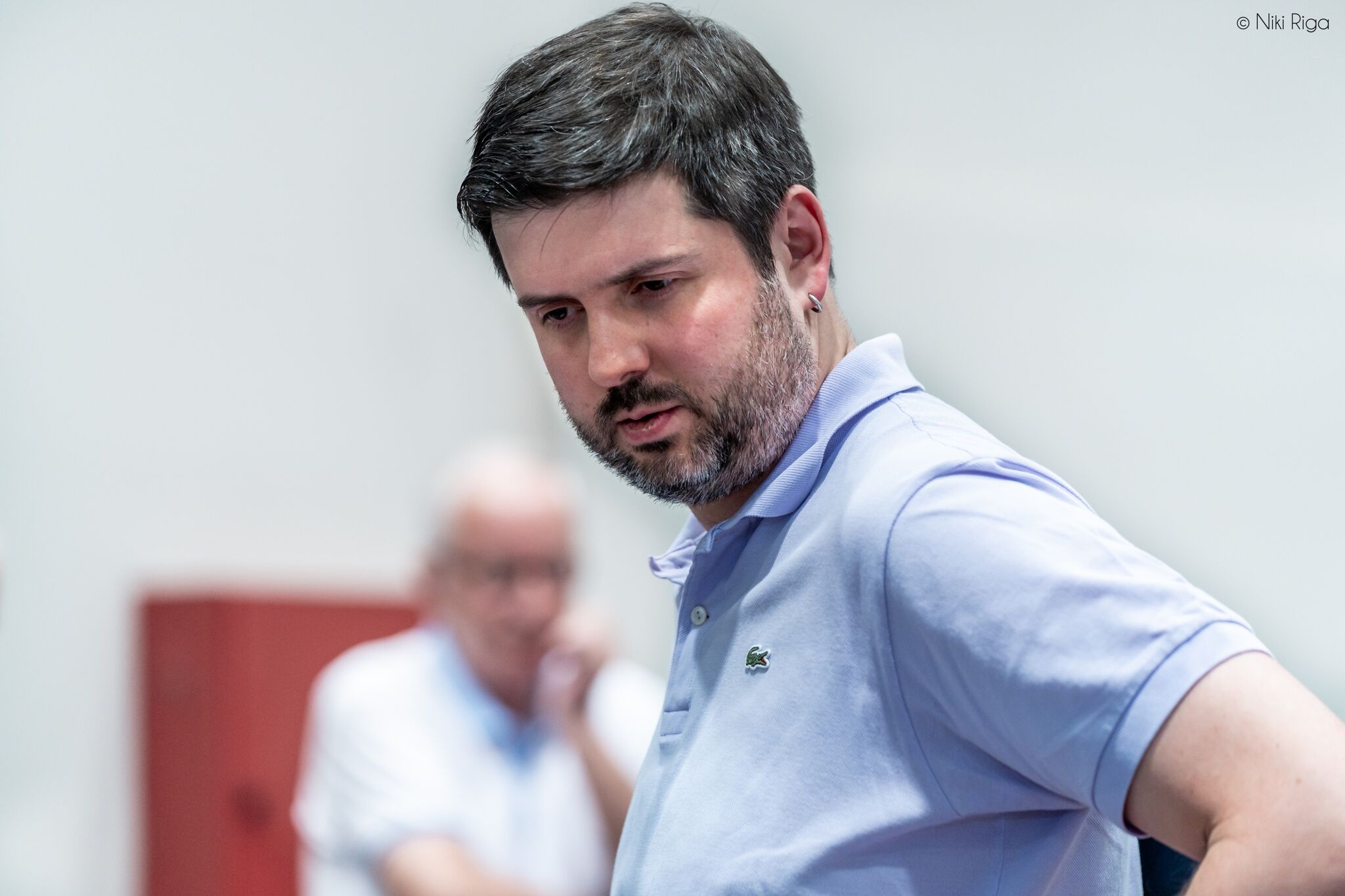 The only way is up for Peter Svidler | photo: Niki Riga, official website

This time another painful loss wasn’t compensated by team victory, as Pavel Eljanov won a fine game against Maxim Rodshtein, with the commentators rightly praising 39.Nd3!!, a move that at a glance doesn’t look anything special:

It is, though, since you have to see that 39…Nb8 40.Qa8! Rxd3 41.Ra7! Qc8 42.Rxh7 Kg8 43.Rb7! Rd8 44.Qa7! is very good for White, with complete domination of the 7th and 8th ranks. Maxim Rodshtein instead played 39…Rb8 but resigned 3 moves later. Kirill Alekseenko got a consolation win for the St. Petersburg team, but it was an important match victory for Alkaloid. 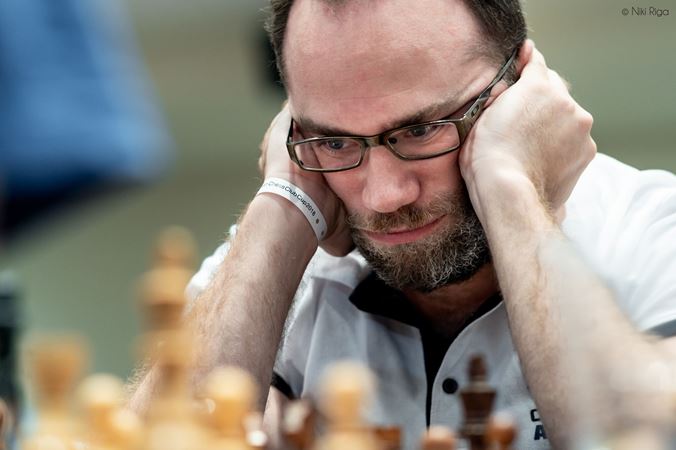 It's 3 wins in 4 for Pavel Eljanov in the Euro Club Cup so far | photo: Niki Riga, official website

The powerful Azerbaijan team of Odlar Yurdu were held to an upset draw, after a fast win for Nijat Abasov over Alon Greenfeld didn’t prove enough to beat Beer Sheva Chess Club from Israel. Stars such as Shakhriyar Mamedyarov, Arkadij Naiditsch and Rauf Mamedov were held to draws, and it was 56-year-old Alexander Huzman who proved the hero by beating Eltaj Safarli: 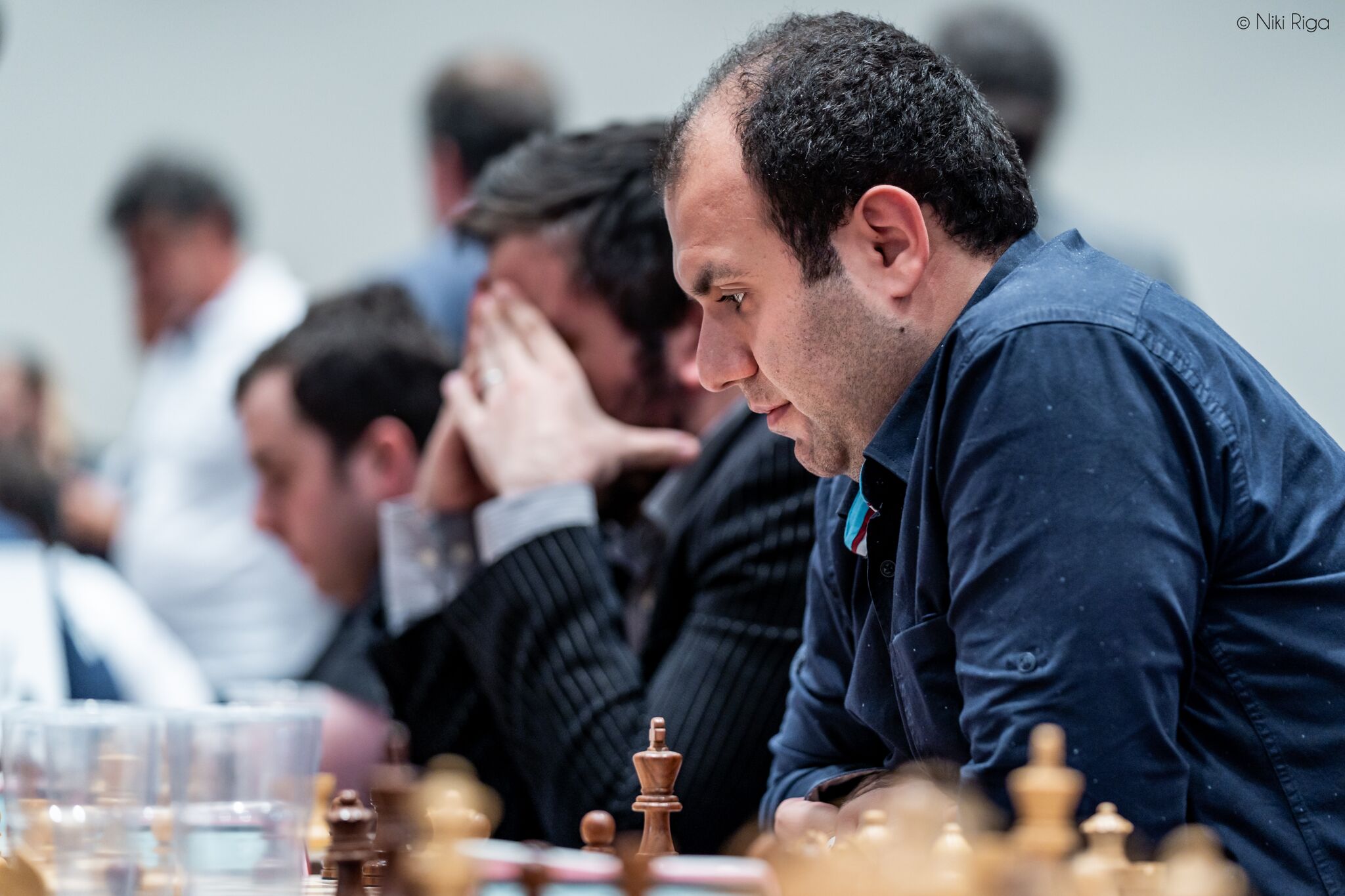 That draw left Odlar Yurdu on 7/8, where they were joined by three more teams, including Magnus Carlsen’s Valerenga Sjakklubb.

Magnus’s gamble doesn’t quite pay off 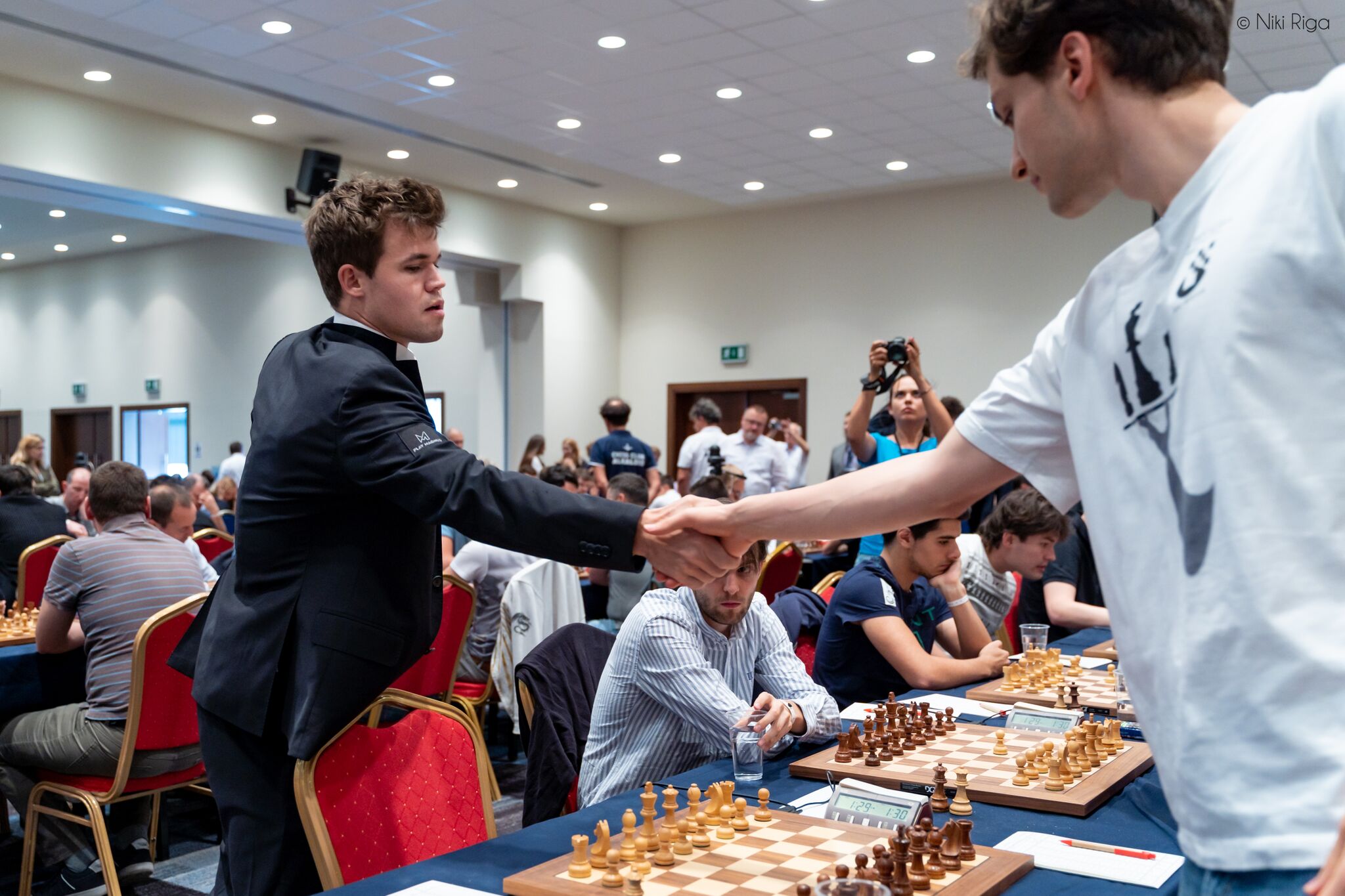 After a tough test in the last two rounds Valerenga had earned an easier day at the office, and they duly beat DJK Aufwaerts Aachen 5:1, with Evgeny Romanov calming any nerves by beating Christian Braun in 19 moves:

19…Ne2+! was a crisp win. White resigned, since 20.Rxe2 Qxf4! 21.Bxf4 Rxe2 would follow, when Black is up a pawn and an exchange. The only players not to win for the Norwegian team were Nils Grandelius, who was held to a quiet 49-move draw by Dr. Florian Handke, and Magnus Carlsen, who was willing to take some risks in search of a win.

The opening was a quiet one where Magnus achieved the goal of getting an original, playable position fast, and when he went for a trademark a5-push it seemed he had just the kind of “playing for two results” position he relishes. On move 17, though, things began to get interesting:

White could play 17.Qa4+ before Black has the chance to castle, forcing an ending after 17…Qb5, but Magnus went for something sharper with 17.Bxf6!?. 20-year-old Alexander Donchenko picked up the gauntlet with 17…gxf6!, weakening his own king but opening the g-file for action against the white king. The scales might really have swung in Black’s favour if he’d castled queenside in the next few moves, while after 24.d5! Magnus had achieved the king of bold play he was aiming for:

Donchenko continued with the aggressive 24…f3!?, but might have been punished if that was met by the ugly but powerful 25.g4!

Carlsen’s 25.g3 also looked a good choice when he seemed to be gaining an advantage in the next few moves, but Donchenko got the draw his enterprising play deserved after 29.Rf4: 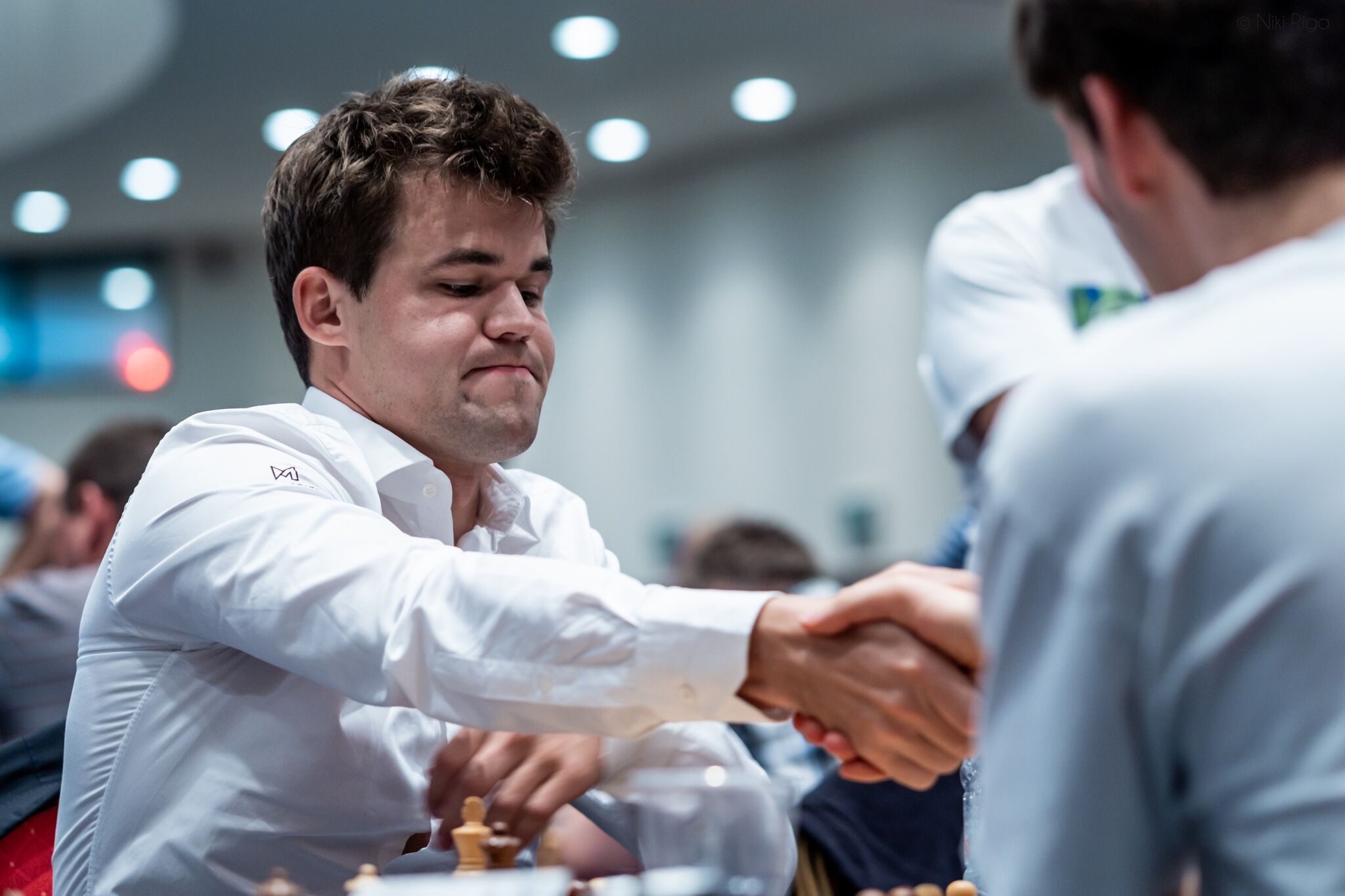 No doubt a somewhat frustrating end for the World Champion, but the game felt like a perfect warm-up for the World Championship match. Fabiano Caruana, like Donchenko, is sure to be willing to take Magnus on in complex, tactical middlegames where there's at least some potential to outcalculate the world no. 1.

Of course the no. 1 status is also up for grabs, since the game left Magnus just 4.3 points ahead of Caruana as he goes into a Round 5 showdown with Shakhriyar Mamedyarov, the player who beat him with White in Biel earlier this year. The good news for Magnus, though, is that a draw against a fellow 2800 player won’t do too much rating damage, so there’s no need to burn any bridges – unless, perhaps, it would make the difference for his team’s result. 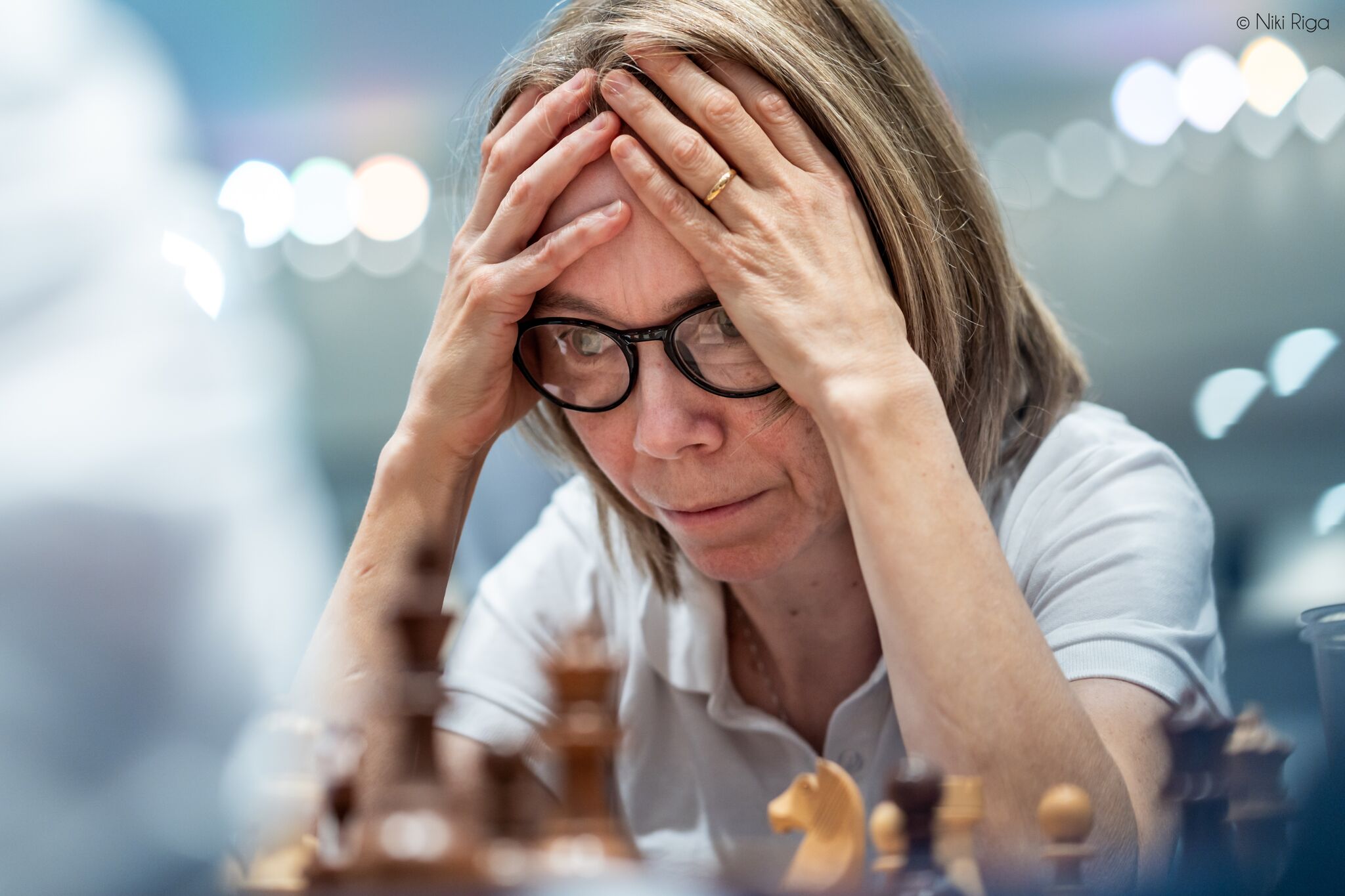 Pia Cramling beat Elisabeth Paehtz as her team Cercle d'Echecs de Monte-Carlo won a 4th match in a row to qualify for the 4-team knockout with a round to spare. Nona did the same in the other group | photo: Niki Riga, official website

There are now just three rounds to go, and you can follow all the action live here on chess24! Open | Women