Vladislav Artemiev moved above Vladimir Kramnik to no. 13 on the live rating list after a beautiful victory over Zbynek Hracek in Round 8 of the European Individual Chess Championship in Skopje. It also took him into the joint lead on 6.5/8, with three rounds to go, level with Maxim Rodshtein, Kacper Piorun, Nils Grandelius and 17-year-old Andrey Esipenko. Esipenko’s victims have included Igor Kovalenko and Boris Gelfand.

A draw in Grandelius-Piorun allowed Vladislav Artemiev to catch them in the lead | photo: official website

The 11-round European Individual Championship continues in Skopje, the capital of what is now known as North Macedonia, and you can follow all the games with computer analysis and live commentary using the selector below (click on a result/evaluation to open the game):

21-year-old Russian Vladislav Artemiev has long been on the radars of chess talent spotters. It’s hard to resist reproducing a photo and caption from an article we published on the youngster almost five years ago:

Vladislav Artemiev at the 2012 Russian Higher League: "In chess I dream of three things: getting 2800 and winning Wijk aan Zee and the Tal Memorial. It's hard to become World Champion and I worry I won't. You need to win a match for that? Anand will soon be beaten, though maybe by the time I strengthen Carlsen will be getting old?" | photo: ruchess.ru

The current status of the Tal Memorial is unknown, but this year Artemiev, who had been climbing slowly, except in rapid and blitz chess, suddenly achieved lift-off! He won the Gibraltar Masters, starred for Russia in the World Team Championship and is now living up to his billing as top seed at the European Championship. When we last reported after five rounds he was half a point off the lead, but he’s caught up with the leaders again after a trademark long grind against David Paravyan in Round 6 and then a beautifully crisp attacking game against Czech GM Zbynek Hracek in Round 8:

25.Rxg7!! This blow could have been stuck a move earlier, but it was worth the wait! Vladislav went on to sacrifice a knight and finally a queen to force mate. Spanish GM Pepe Cuenca has analysed the game for us:

The narrative of Vladimir Kramnik retiring and a new Russian Vlad taking his place has been hard to resist, and with this game it finally became “official”, at least for a day on the live rating list: 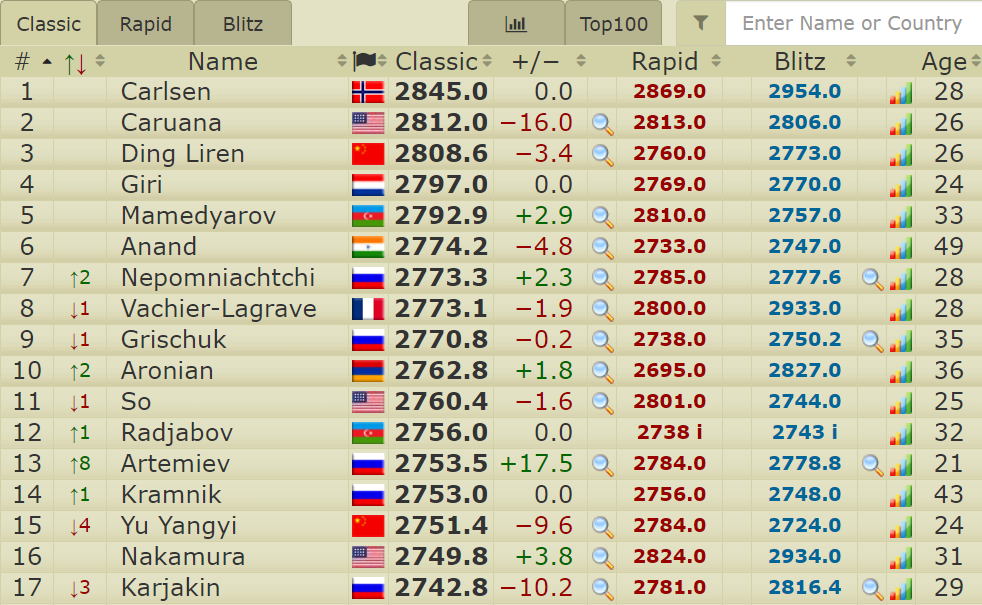 Vladislav can of course easily drop back again, but the suspicion is we’re seeing a new player assert his right to a place among the elite. A lack of opening knowledge is still perceived as his main weakness, but perhaps that merely suggests further room for improvement.

Of course the European Championship is jam-packed with talent, with four other players sharing first place. One of them, Kacper Piorun, can regret not taking the sole lead in Round 7:

The other name to stand out is another young Russian, Andrey Esipenko, who turned 17 in the last week. 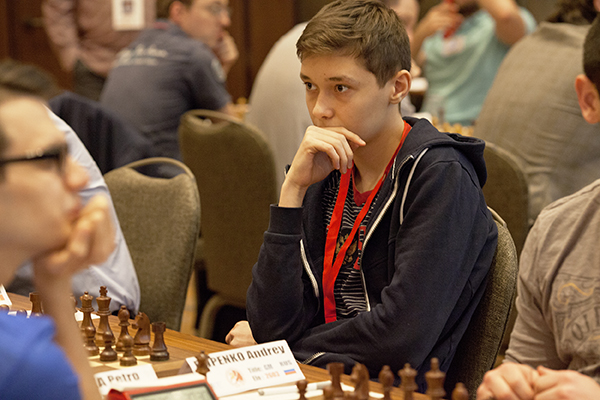 In Igor Kovalenko and Boris Gelfand he’s beaten two experienced grandmasters who are stronger than their current ratings: 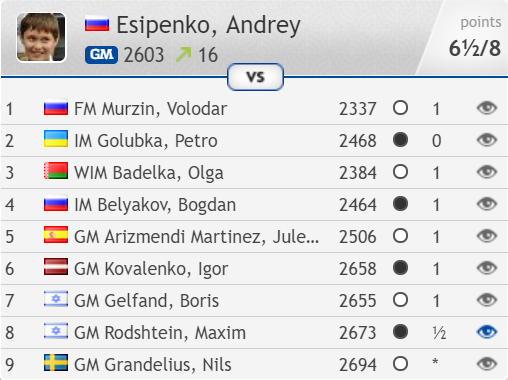 That hasn’t been without drama:

Here, against Kovalenko, Esipenko was winning, but he’d unnecessarily repeated two times and went for 78…Kg3? to avoid a repetition. After 79.Kxc3 Kxh3 White had time to take with the knight on a5 and c4 and still get back in time to stop the h-pawn and make a draw, but after 80.Nd4? Kg4! Black was winning again. In the next round Esipenko outcalculated Gelfand in a queen ending.

There’s been plenty more to admire. 20-year-old Aleksandra Goryachkina is on 5/8 and in with an outside chance of qualifying for the World Cup (open to the top 22 finishers) after defeating Rauf Mamedov in Round 8. After three losses in a row the 6th seed is down in 175th place! 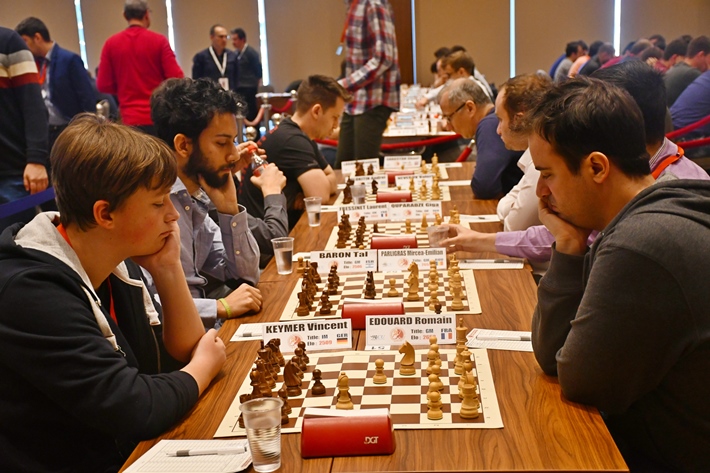 It’s been a good few days for the French Defence. One French Grandmaster, Romain Edouard, showed how you can use it to win in truly spectacular style:

Another, Laurent Fressinet, showed the opening might be Kryptonite if played against a Frenchman! Playing as White he tried an 8th move not seen since 1938 against German GM Rainer Buhmann and crashed and burned in 22 moves.

These were the standings at the top after Round 8: