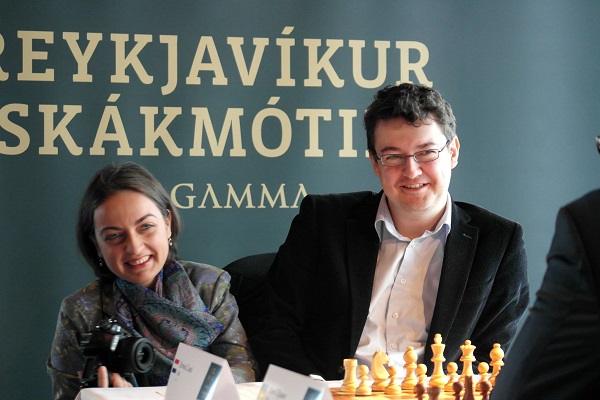 Erwin laid the foundation for his triumph with three consecutive wins against world-class opposition: Shakhriyar Mamedyarov (2756), Julio Granda (2646) and Hrant Melkumyan (2676). That first scalp was a fine miniature, where Erwin had a little help from his wife:

1. d4 d6 2. c4 e5 This central break injects some adrenaline into the game from the start, since it obliges White to take a decision. As we'll see, Erwin is going to follow in the footsteps of two recent games played by his wife, Alina. This is very normal for a chess-playing couple, especially if both are strong, since they work together and share analysis. Who did the line occur to first? That's something only they know! 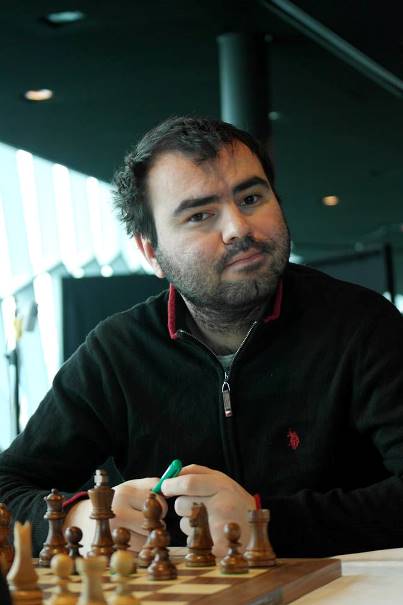 3. ♘c3 One of the main moves, transposing to an English. I remember being surprised to learn as a child that the ending after


3. dxe5 dxe5 4. ♕xd8+ ♔xd8 is considered almost better for Black. Although the black king has lost the right to castle it'll find an ideal shelter on c7, keeping good control of the centre.

5... ♘f6 6. b3 a5 , where Black sacrifices a pawn on the next move to create a very dynamic position. In my view, this is the more correct alternative, since it's an effective means of hindering White's development.

10... ♗f5 This has the idea of playing Ne4 and completely equalising the game.

12. O-O ♕c8 Mamedyarov's idea is to exchange the bishop on g2, which is White's most active piece.

13. ♖fe1 A typical response to Black's plan, intending to keep the light-squared bishop on the board.

16... ♘e4? A mistake that leads to a critical position for Black.

16... ♕xd2 17. ♖xd2 is slightly favourable for White, who can soon get his knights to d5, but entirely playable for Black.

19... ♘xc3 was the only chance, and after 20. ♗xc3 you needed to follow up with 20... g5! 21. ♗xd4 gxf4 22. ♗xb7 White has a bishop pair that can dominate the board as well as an extra pawn (with the a7-pawn a strong candidate to be next). His position is promising, and it's perfectly possible L'Ami would have gone on to win in any case.

20. ♘xh3 ♘xh3+ 21. ♔f1 And despite being a clear exchange up, Mamedyarov resigned! His problems are legion. The h3-knight is a move away from being trapped (with f4) and the white knight coming to d5 threatens one fork on c7 and another on f6, while the bishop will simultaneously attack the d4-knight. Too many threats to stop! It's not often we see an elite player fall in only 21 moves. Congratulations, Erwin!

Top seed Mamedyarov started off with 5/5, but things began to go wrong in the second half of the tournament... and it could have been much worse!

He also suffered in the final round, after a bad opening against Abhijeet Gupta.

The Indian player took back immediately on f4, allowing Mamedyarov to close the position with 14...d5. More dangerous was the zwischenzug 14.Bf7, which would have posed Black’s uncoordinated forces far more problems.

Second seed David Navara’s crazy schedule, coming straight from the European Championship in Jerusalem to a tournament with one double round and no rest day, finally caught up with him. The warning signs were there in Round 6, when he missed a gilt-edged chance against – you guessed it! – Mamedyarov. 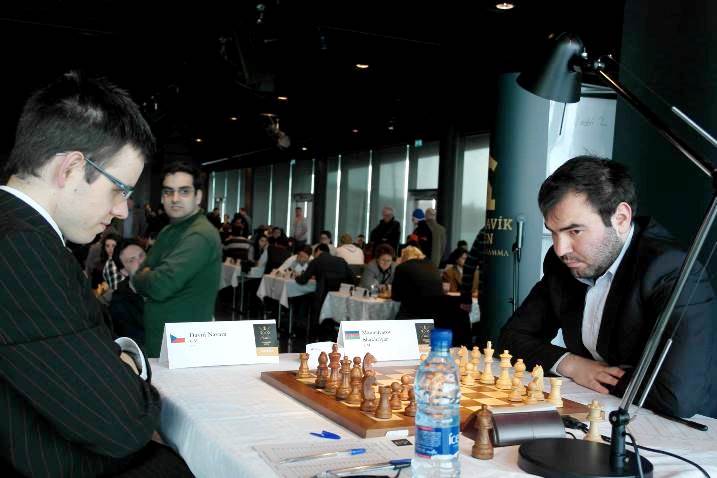 David Navara was the first man to stop Mamedyarov in Reykjavik, but he missed a great chance to win | photo: Fiona Steil-Antoni, official Facebook page

A highly-rated commentator felt it might have been a sign of fatigue to try and force play:

After that it was perhaps a case of something Peter Svidler once said when faced with a similar schedule: “I came up with the analogy of a shark that has to swim so as not to die”. David stopped swimming by taking a half-point bye in Round 7, which provoked an outburst from Hikaru Nakamura:

That ultimately looked like kicking a man when he’s down, though, since Navara went on to lose two of his final three games (to Alexandr Fier and Henrik Danielsen), dropping 13 rating points and finishing the tournament all the way down in 32nd place. 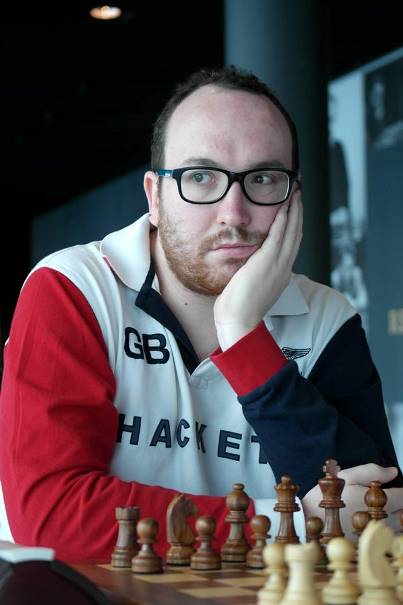 A great tournament for French GM Fabien Libiszewski, who took third place. Nakamura might have something to say about his two (!) byes, though Fabien did win six and draw two of the games he played | photo: Fiona Steil-Antoni, official Facebook page

The final standings at the top were as follows:

Congratulations poured in for Erwin l'Ami, who had won the tournament with a round to spare and an out-of-this-world performance.

Even the last-round disappointment couldn't take too much of the shine off. 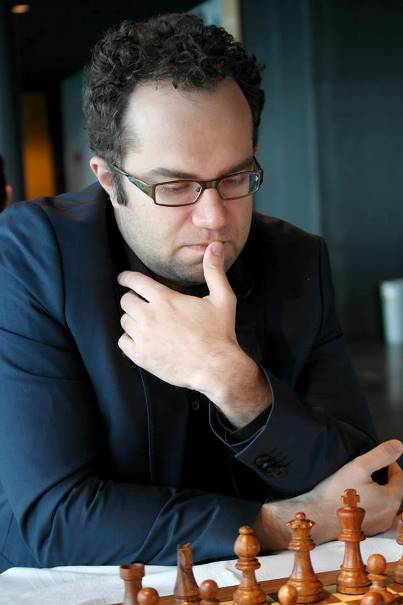 So that’s all for the 30th edition of the Reykjavik Open! Let’s hope for many more to come.