‌From the historic city of Jerusalem, the European Championship kicked off with 250 players from 33 individual federations. It's an open, but always an extremely strong one, and this year is no exception. On the top 30 boards there were two big upsets and 16 draws — not exactly what you would call a comfortable first round for the favourites! 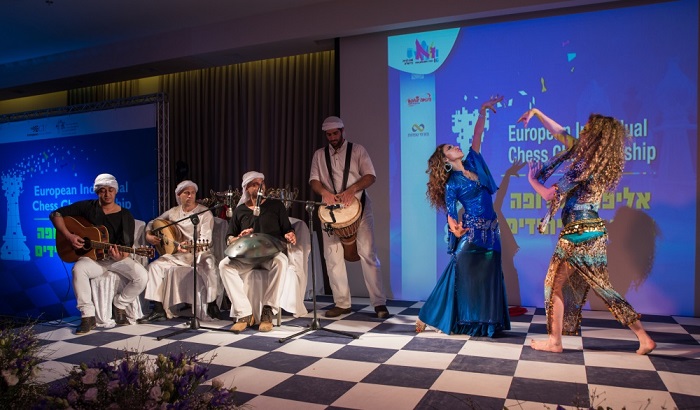 The Czech GM David Navara (2735) heads the field and is in a hot run of form at present. At 29 years old, he seems to have found a good balance and it wouldn't surprise me to see him jump to the next level and start fighting for a top 10 spot in the world rankings.

With the same Elo we have Nikita Vitiugov, who at the end of January had a good tournament in Gibraltar, and to complete the the trio of rating favourites for the tournament, we have the Ukrainian Pavel Eljanov.

Naturally, there were a vast number of interesting games in the first round, so we decided to take a look at a few games that really caught our eye.

David Navara played with Black against the veteran Portuguese IM Rui Damaso. Navara made it clear from the get-go that his aim was to complicate matters:

With the advance h5-h4 David lit the fuse and a few moves later he decided to leave his knight en prise in order to rip apart White's kingside. Navara gained a serious advantage and began to make headway,  however Rui was up to the challenge, and managed to hold the balance right up to the last minute where he missed a way to draw. The ending is instructive:

White should try and put his king on b2 and save his knight, easier said than done as it doesn't have a good escape route thanks to the advanced position of the black king. The natural 63.Nd1? was actually the losing move because after 63...Be6 64.Nf2 Ke3 the knight had to return to b2, where it ended up trapped. Instead White had to play 63.Na4 b5 64.Nb6 and by a whisker would have managed to save the half point. Don't believe the computer evaluation after this, White draws as Black cannot budge the king from b2 nor capture the knight!

A very entertaining game took place between the young Russian Ilia Iljiushenok and Eljanov. Ilia had the pleasure of playing what will be one of the most aesthetically pleasing moves of the tournament.

After sacrificing a knight on f6, Ilia played 23.Rg7! penetrating the Black position. The rook can't be taken on account of exf6 and the queen would drop off on c7. It was from this moment that Pavel put up a heroic defence and after sacrificing his queen for three pieces and two pawns reached a very complicated ending which he even managed to win!

GM Jan Gustafsson took an in-depth look at this game for our Shows page.

The Spanish Grandmaster Paco Vallejo introduced an extremely interesting novelty against Yehuda Gruenfeld. Paco has been an innovator in the opening for many years now, and his contribution in this game, 16.Bd3, will be talked about for some time to come.

After a few moves, the game could have transposed to a position known from a Kotronias game, in which Paco had the chance to play a winning combination. Can you spot it?

Black has just taken the knight on d4 and Paco restored material equality with 19.Qe4, attacking h7 and the bishop. However, this slowed down his attack and had he seen the Kotronias game, would have played the beautiful 19.Bxh7! essentially finishing the game. After 19...Kxh7 20.Rxd4 and an invasion of pieces down the h-file, the game would be all but over.

As always we recommend you take a look at the live broadcast of these games and make your own moves so as to find out exactly how White should win!

A big surprise was the win of Alexey Sarana (2419), 14 years old, over Sergei Zhigalko (2675). Sergei obtained a good position from the opening and, at some point, looked like he was going to crush his opponent. First came an exchange sacrifice, shortly to be returned by Sarana who as a result achieved a balanced position with nothing to fear. But on move 40 that the game was flipped on its head:

Zhigalko just played the careless 40...Kg7 which gave White the chance to win material immediately with 41.Bc6! The knight is attacked and once defended by either Rd8 or Re7 White will simply attack it once more with the rook and win the game, as the rook will be pinned.

But the biggest surprise of the day was the victory of the 17 year old Israeli Itay Westreich, who with Black pieces and an Elo rating of 1929 managed to defeat his compatriot and Veteran GM Victor Mikhalevski (2559) — a difference of more than 630 Elo points between the two!

Mikhalevski sacrificed a pawn in the opening and obtained fantastic compensation. However he didn't manage to increase his advantage sufficiently and slowly began to lose the initiative. On move 35 after finally managing to activate his positon, Westreich had his chance and boy did he not let it slip!

With the brilliant 35...Rf2! Black wins White's queen since the knight on e5 will give a check opening up a discovered attack on the hapless queen. Without doubt the win of his life for Westreich who, with a K-factor of 40, gained 36.8 point in one game. Not a bad way to start the tournament! Today he will have White against Paco Vallejo, who has nearly 800 points Elo advantage. 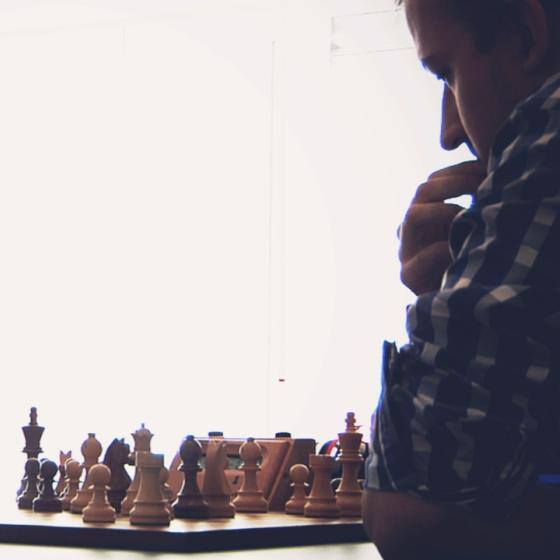 David is the current coach of the Spanish Women's National Team and GM David Antón Guijarro. He's responsible for chess24's Spanish site. You can watch his series "Entrenamiento de Grandes Maestros" and "Estrategia de Alto Nivel" as well as a lot of other videos on our YouTube channel.