‌Polish star Jan-Krzysztof Duda will be making his debut in Altibox Norway Chess when the first over-the-board super-tournament since the global lockdown returns in one month, on October 5-16. The 22-year-old says he “did not even think about declining the offer” when he received the invitation to replace Anish Giri, who decided not to accept his invitation citing COVID-19 concerns. 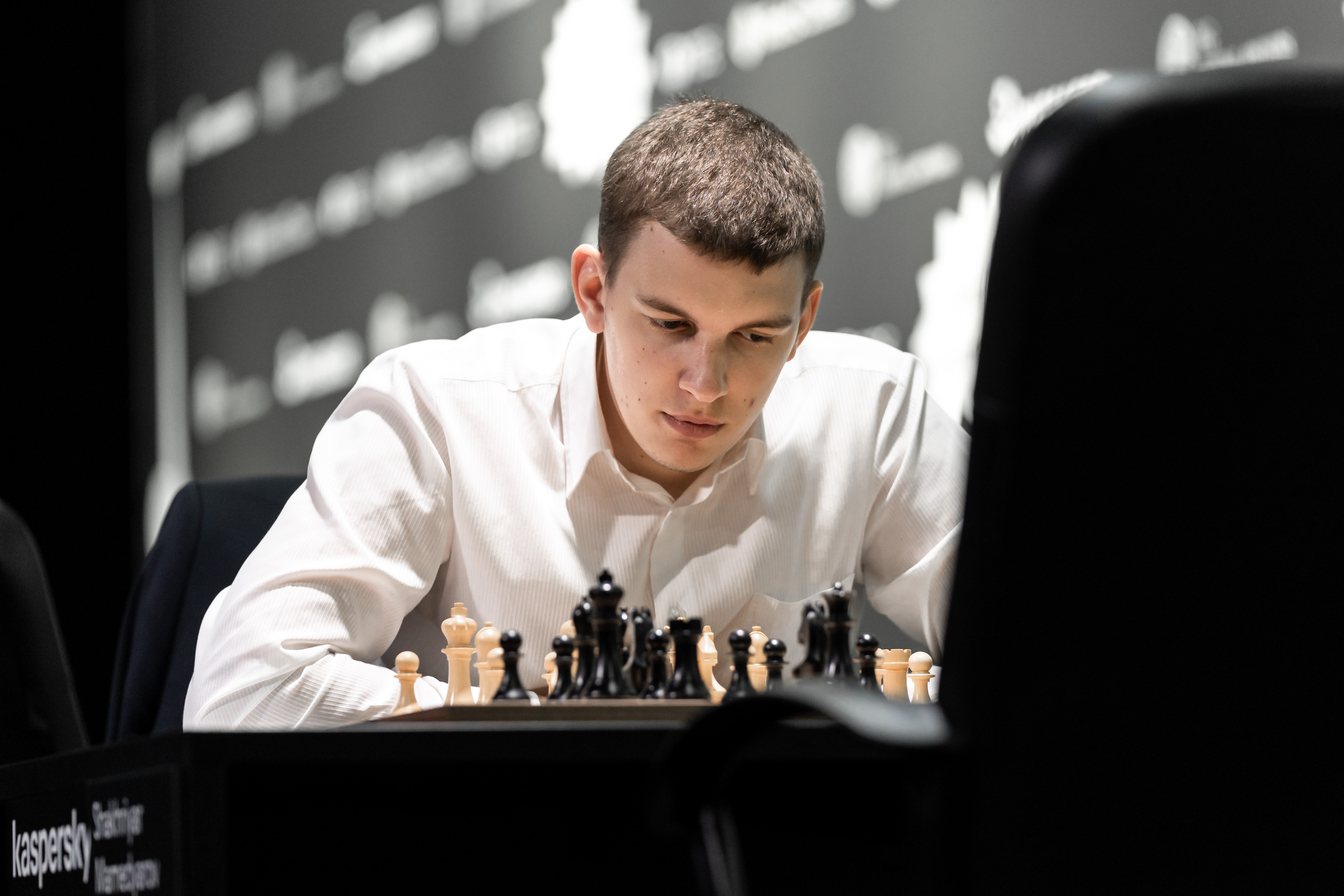 Chess24 reported on the changes made to the prestigious event in August after it was postponed in March. The field has been reduced from 10 to 6 players. That means the event will now be a 10-round double round-robin, rather than a round-robin with 9 rounds.

Duda: “I was surprised”

Now another change has been made as world number 16 Jan-Krzysztof Duda has replaced Anish Giri. The Polish star is delighted to make his debut in Stavanger:

I must admit that I was surprised by the proposal to play in the tournament in Stavanger, which I got on my way to Ustroń for the MOKATE tournament. However, I did not even think about declining this offer for a moment. Extremely interesting and, for me, a strong line-up of the tournament promises great emotions, and for me it will be another opportunity to test myself with the best chess players in the world. For my part, I promise what I’m known for – courage, uncompromising play and fight to the very end. I intend to use the possible quarantine for broadening my knowledge about Norway and preparing for the tournament.

Poland's rising star is a popular addition to the field and comes directly from a remarkable performance at the FIDE Online Chess Olympiad, where he scored 7 out of 8, then 4.5/6 in the playoff stage, where he beat both Viswanathan Anand and Shakhriyar Mamedyarov with Black. That followed a more disappointing result in the Lindores Abbey Rapid Challenge, where he scored 4/11, but Duda did at least make big news at home in Poland as he beat Carlsen and the tournament winner Daniil Dubov. 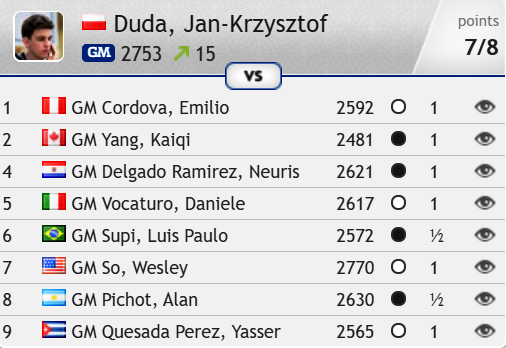 As a silver-medalist at the 2018 World Blitz Championship, Duda will be particularly hard to beat in Armageddon, which will take place in case the classical game ends in a draw.

For more about Duda, don't miss Marcin Furdyna's beautiful portrait of the youngster in his chess24 piece From Rubinstein to Duda: Polish Chess in a nutshell.

Duda will be joined by World Champion and two-time Norway Chess winner Magnus Carlsen, and 2017 champion Levon Aronian, who is the only player along with Carlsen to take part every year since 2013. The world number two and 2018 winner Fabiano Caruana, who has an Italian passport, will be playing in Stavanger for the sixth time.

Duda and the three regulars will be joined by two youngsters who are making their debut: Iranian fan-favourite 17-year old Alireza Firouzja, who currently lives in France, and Norway's number two, 21-year old Aryan Tari.

Players who had to drop out are Ding Liren, Ian Nepomniachtchi, Maxime Vachier-Lagrave, Wesley So and Shakhriyar Mamedyarov. The reason is that entry into Europe/the Schengen Area has become difficult for non-EU citizens unless you have a residence permit. Vachier-Lagrave, who lives in Paris, could have played, but decided not to as it was too close to the Candidates tournament, according to chess.com.

The event that decides Carlsen's World Championship challenger does not currently have a date set, but FIDE is trying to resume the event by the end of the year.

Among the players who have been replaced is Anish Giri. The Dutch star was initially announced as a part of the 6-player field, but expressed concerns about the current COVID-19 situation and received a deadline from the organizers to confirm his participation. 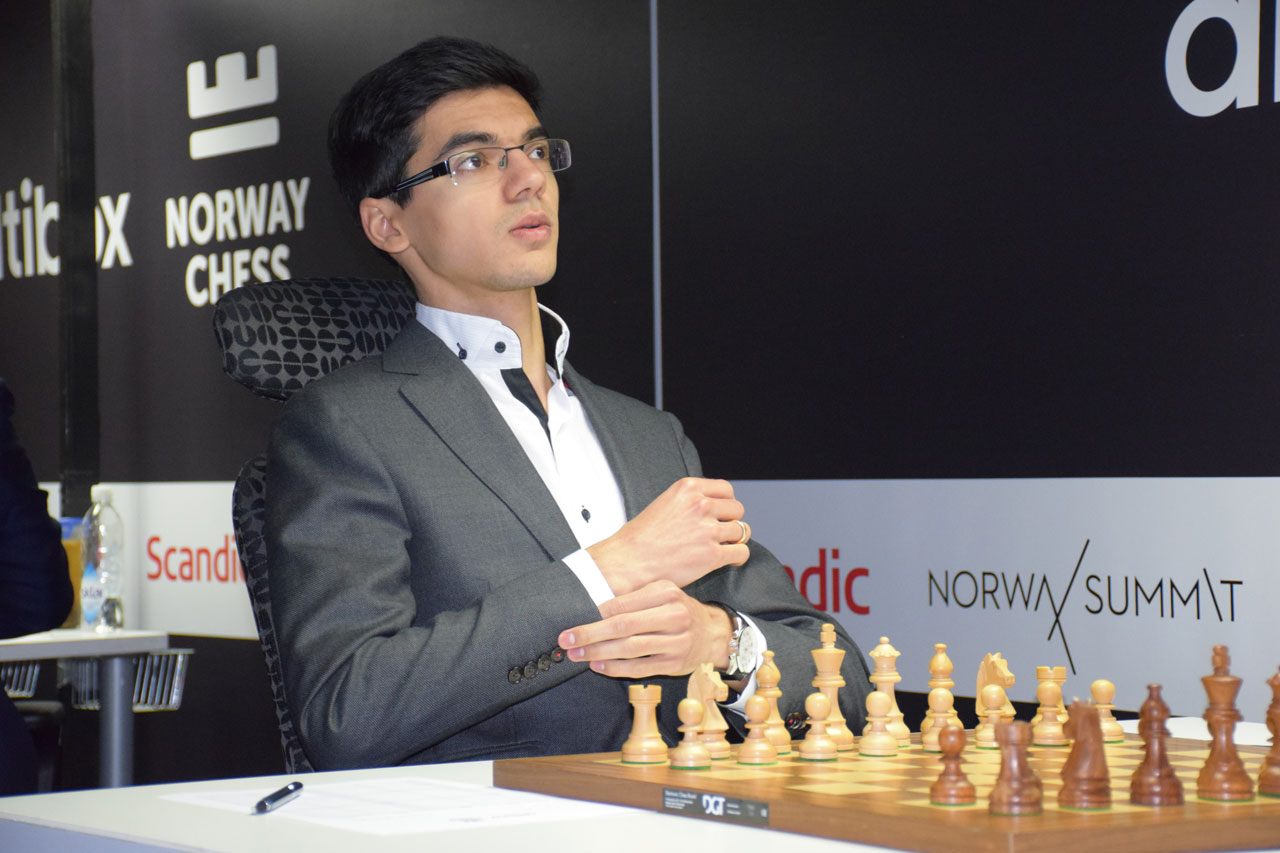 Anish Giri during the 2016 Norway Chess where he finished 8th on 4 points | photo: Tarjei J. Svensen

The 26-year old played in the event every year from 2014 to 2017 and tells chess24 that he did not withdraw from the event, as the organizers claimed, but rather chose not to accept his invitation.


I would've loved to play, of course, if COVID circumstances wouldn't get in the way. I never refuse an invite to a top event when I can play. I love playing, it pays well, what is there not to like!

Even though the world number 10 will miss out on the super-tournament, Giri seems to have plenty of things to do lately between streaming and playing. Recently he published a course on the French Defence for Chessable.

While Norway along with most of Europe has had an increase in reported cases in the last 14 days, Stavanger is among the districts with few cases, according to data by the Norwegian paper VG. Just 17 new cases have been reported in the last two weeks.

People coming from a red-listed country, which as of now includes most European countries, are subject to a mandatory 10-day quarantine upon arrival. That means that players will likely have to arrive by September 24th.

Benedicte Westre Skog from Norway Chess told TV 2 that they are in close contact with the Norwegian health authorities.

The players, their trainers and arbiters will be having their mandatory 10-day quarantine at the official hotel Clarion Energy in Stavanger.

Altibox Norway Chess also announced that thanks to an agreement they have signed with a company that is known for an air purifier system, boxes will be placed in players' hotel rooms and in the playing venue. This will help prevent bacteria and viruses from adhering to surfaces and further has a purifying effect on air odours, they say.

The first round of Altibox Norway Chess will take place on October 5th. There will be two free days on October 9th and 14th.

The tournament will be broadcast live with commentary and video of the players on chess24 and Norwegian TV.