Leinier Dominguez swept aside defending champion Ian Nepomniachtchi in just 25 moves to not only take the sole lead in Dortmund but climb above Nepo into the world no. 7 spot on the live rating list. Going into the final three rounds this weekend he has a half point lead over fellow 2700 stars Radek Wojtaszek, Teimour Radjabov and Richard Rapport, who have all scored one win and three draws. 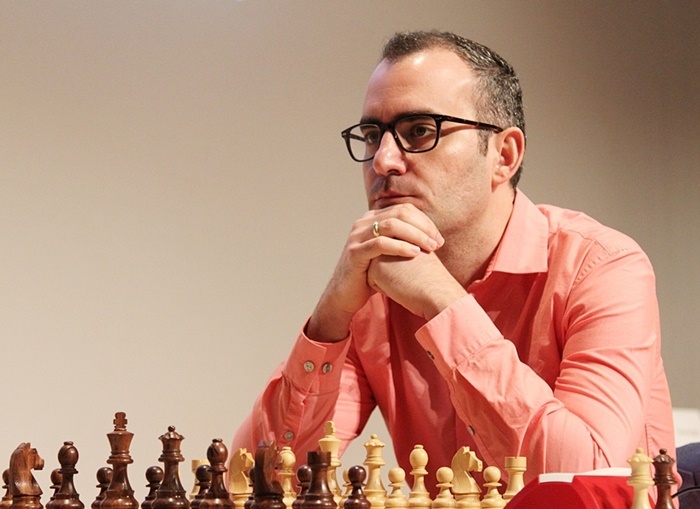 Leinier Dominguez leads Dortmund after 4 rounds and is up to world no. 7! | photo: Georgios Souleidis, official website

You can replay all the Dortmund games using the selector below:

Life has been very tough for Ian Nepomniachtchi since he started the Croatia Grand Chess Tour with three wins in his first three games. He went on to draw five and lose three of the remaining games there to finish only 7th, and he began Dortmund with a heavy loss to Richard Rapport (covered in our first report).

It seemed his fortunes might have turned in Round 2, when he beat outsider Kaido Kulaots in his trademark style – playing moves that were good but also very fast, until he ended a comprehensive victory on the white side of the Najdorf with 1 hour 36 minutes on his clock. 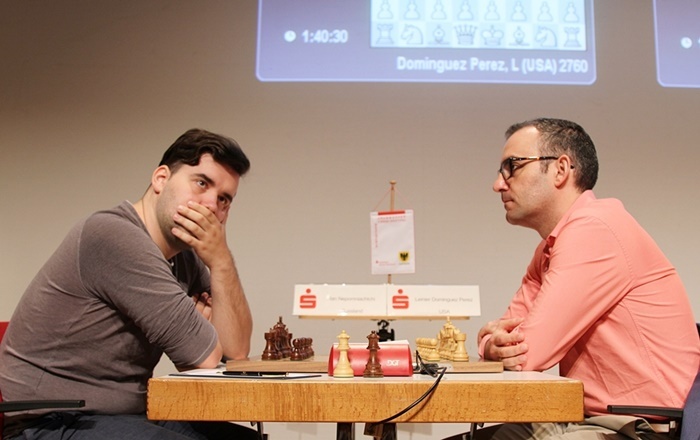 That was a false dawn, however, since in Round 3 his fast play and aggression would backfire spectacularly against Leinier Dominguez:

Both kings are stuck in the centre of the board, but it looks like this was the moment for Black to think about king safety with 18…Qd8, covering both the a5 and g5-pawns. 18…Qb8!? retained greater counter-attacking chances for Black, but after 19.Nb3! Qa7 20.Rc1! White had taken control of the c5-square, which Dominguez would use to stop any black attack in its tracks.

24.Rh1! and the rook can’t be taken since 25.Qg8+ would then be mate-in-3. After 24…Rf8 (a sad necessity) Dominguez spent 5 of his remaining 11 minutes to find the most clinical finish 25.Rh5! Ian resigned, since there’s no defence to the threat of Rxf5 and Qxg3, when White would have not only a material advantage but total dominance over the ruined black structure.

35-year-old Cuban-born Dominguez is scaling new heights on the live rating list since he switched to the US Chess Federation and was finally able to play classical chess again after a 2-year hiatus: 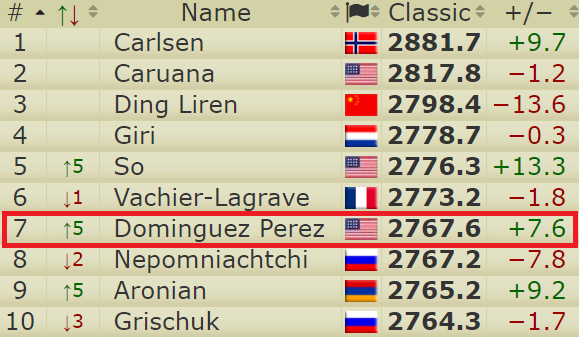 He’ll have an excellent chance to strengthen his position when he plays Daniel Fridman and Kaido Kulaots in the next two rounds, but if he slips up there are three very strong players just half a point back. Richard Rapport followed beating Nepo in Round 1 by draws against Dominguez, Radjabov and Fridman, with missed chances in that last 71-move game. 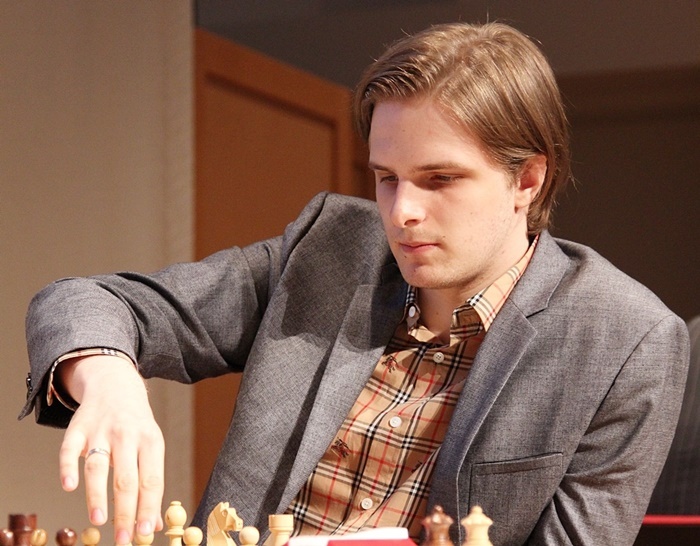 Teimour Radjabov has been his super-solid self with draws against key rivals Wojtaszek, Rapport and Dominguez, but he scored a rare win to defeat Liviu-Dieter Nisipeanu. That was an impressive case of positionally outplaying the German no. 1, which was emphasised by the fact that Teimour only cashed in his advantage on move 40 by capturing a pawn on d3:

Nisipeanu took that as the cue to resign. 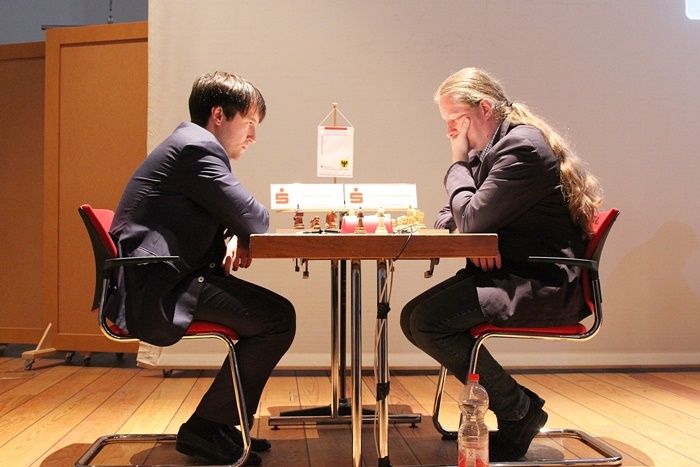 Teimour Radjabov may draw a lot of games, but he remains a formidable opponent, as Nisipeanu found out | photo: Georgios Souleidis, official website

2017 winner Radek Wojtaszek is the third player just half a point off the pace. He has three draws with the black pieces and one fine win over Daniel Fridman, where he later said he managed to get in 15 moves of the preparation he’d done jointly with Vishy Anand for the 2012 Anand-Gelfand World Championship match.

Black might be holding on if not for 26.Rxe6! Qxe6 27.Bc4 Rd5 and the sting in the tail 28.Bxh6! White was a pawn up with the better pieces and went on to win smoothly. 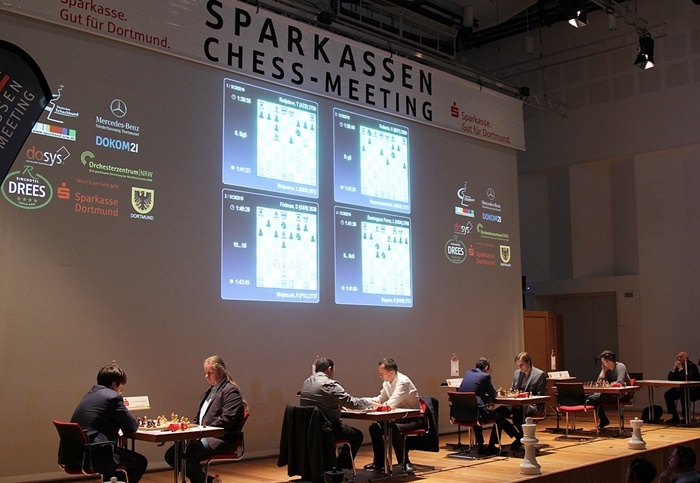 The table is symmetrical, with three players also on -1 and Aeroflot qualifier Kulaots on -2:

So on the surface it looks as though we have four candidates to win the tournament, with everything to play for on the final weekend. There are no more rest days and you can follow all the games live here on chess24 from 15:15 CEST.