Do the math! John Urschel on how #ImpactChess adds up 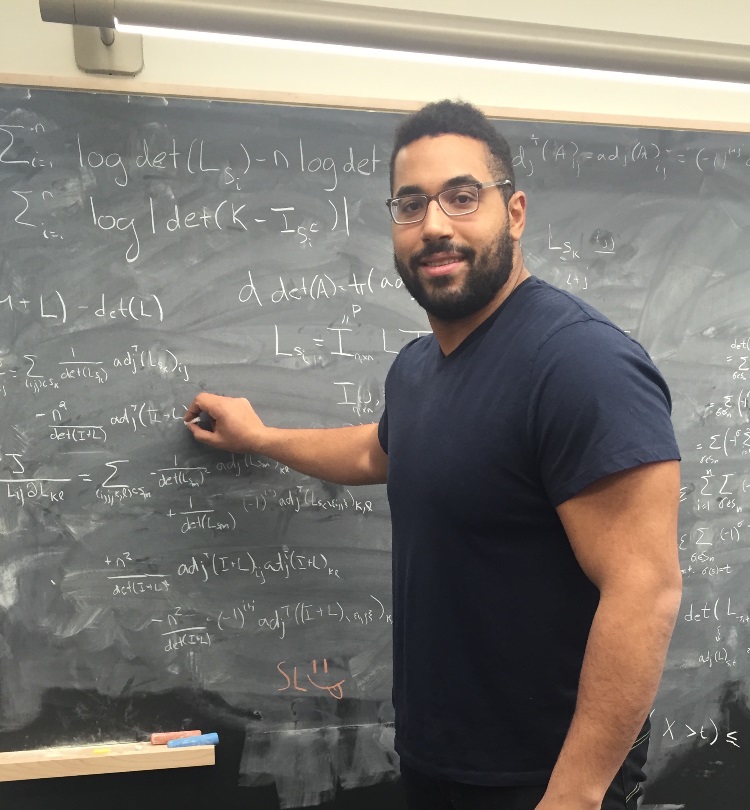 From gridiron to a deep love of chess and giving lectures on machine learning.

Saying John Urschel has an unusual combination of talents would be a massive understatement.

The list of achievements on his CV starts with being an offensive lineman for the Baltimore Ravens in the NFL, having graduated with a 4.0 in mathematics from Penn State.


In 2016 John started work on his PhD at MIT in the fields of Spectral Graph Theory, Numerical Linear Algebra, and Machine Learning.

In between, he has had numerous published papers in major mathematical journals.

Aged 25 he was named in Forbes' "30 under 30" list in the field of science and has won several awards for his mathematics research.

John, whose last USCF rating was 1764, has also achieved many chess fans' ambition to play some of the world’s best, including Fabiano Caruana.

He’s only 29 and he already has a published autobiography, Mind and Matter: A Life in Math and Football, co-written with his wife Louisa Thomas.

It is an extraordinary story. What else is the left to achieve?

Speaking to Grandmaster Pascal Charbonneau, John told chess24: “I would say I have a very passive goal of eventually at some point in my life it would be nice to become a National Master, maybe.

“But this is not something that I am actively trying to achieve in some short period of time and this really isn’t necessarily my main goal in chess. It’s sort of a by-product of a desire to just slowly and steadily just enjoy chess and improve at chess and understand chess better.”

John is a busy man. He has a daughter and has a PhD to work on. But he still finds time for chess.

“I do try every week to take in some chess content whether it's watching chess streams, by chess streams I mean broadcasts of tournaments, looking at games people have played and I really enjoy going through different chess books, so I particularly enjoy books on endgames and things like that.

"That's the thing that really draws me to chess rather than the thrill of playing someone else and beating them, the thrill of competition. I would say it is the thrill of being faced with some sort of position that is slightly foreign to me and trying to make sense of it and come to some sort of conclusion. That’s what I really enjoy.

"I think it’s a great pursuit, I think it’s something that makes for a very good hobby because first of all it really works your brain and trains your brain to think quantitatively. But it’s also just an enjoyable game and for me chess is something I can do at the end of the day after I’ve been working very hard at math and trying to solve tough math problems I can sit back and relax and think about a chess position.”


John added: “Ever since I was a kid, puzzles have been something that has really interested me and that I inherently enjoy so that part of chess is really virtuous for me, that has had a really positive impact on me.”

John is a fascinating guy - and if you want to hear more from him, keep an eye on our coverage of the Magnus Carlsen Chess Tour Final - he might make an appearance.