Ding Liren matched Mikhail Tal’s 95-game unbeaten streak with a draw in Round 1 of the Shenzhen Masters against the last player to beat him in a classical game of chess, Anish Giri. That's now over 15 months ago, but it’s not going to be easy for the Chinese no. 1 to stretch his streak to 104 games. Apart from Giri he faces Maxime Vachier-Lagrave, Yu Yangyi, Radek Wojtaszek and Nikita Vitiugov in a 6-player double round-robin with an average player rating of 2766. 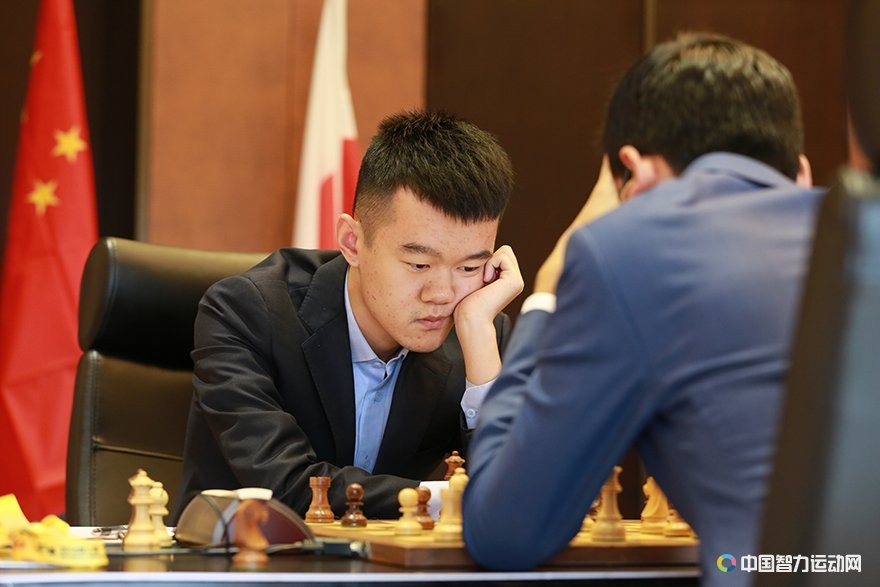 If Ding Liren was feeling the pressure of the streak, he didn't show it against Giri in Round 1 | photo: Chinese Chess Association

This is the second edition of the Shenzhen Masters and is taking place in the Shenzhen Castle Golf Resort in the Longgang District of Shenzhen, a city in southeast China just across from Hong Kong: 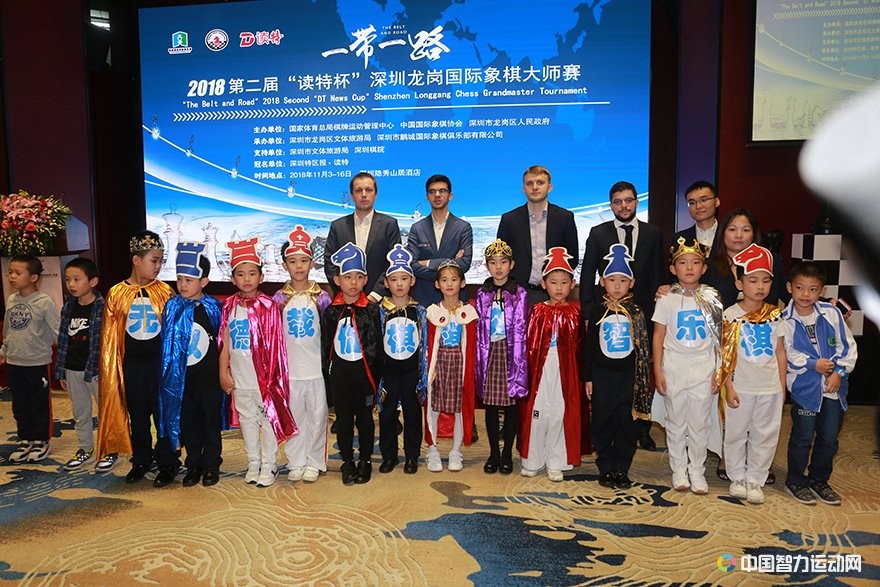 It was clearly a missed opportunity not to force the elite players to wear the hats! | photo: Chinese Chess Association

They play 10 rounds with one rest day on November 9th (the day Carlsen-Caruana begins!) and you can replay all the games using the selector below: 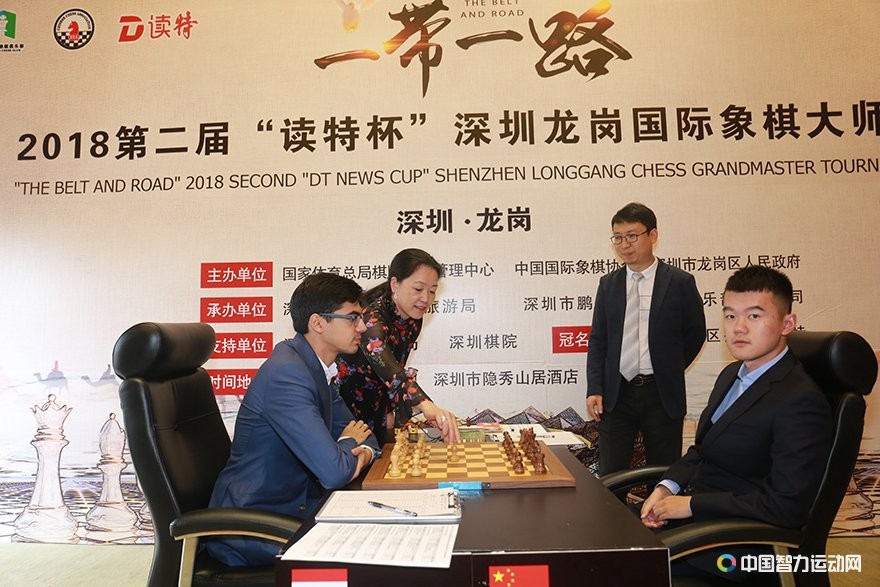 The tournament got off to a quiet start with three draws, but one of them was yet another milestone for Ding Liren. Despite playing in tournaments of the very highest level, including the Candidates and the World Cup, the Chinese no. 1 is now unbeaten in 95 classical games since August 9th 2017. It’s rare for Chinese events to have live video, but that match between Anish Giri and Ding Liren did and we captured the moment of resignation:

It would have been ironic if Anish Giri had also been the man to end the streak, but Ding Liren dodged that bullet to match the achievement of the 8th World Chess Champion Mikhail Tal, who won 46 games and drew 49 in his 95-game streak in 1973-4. Ding Liren’s winning ratio is lower – he’s only won 27 and drawn 68 – but he’s done it against an even higher calibre of opposition. In recent years the closest comparison is to Maxime Vachier-Lagrave (2015-6) and Wesley So (2016-7), whose streaks both ended after 67 games. 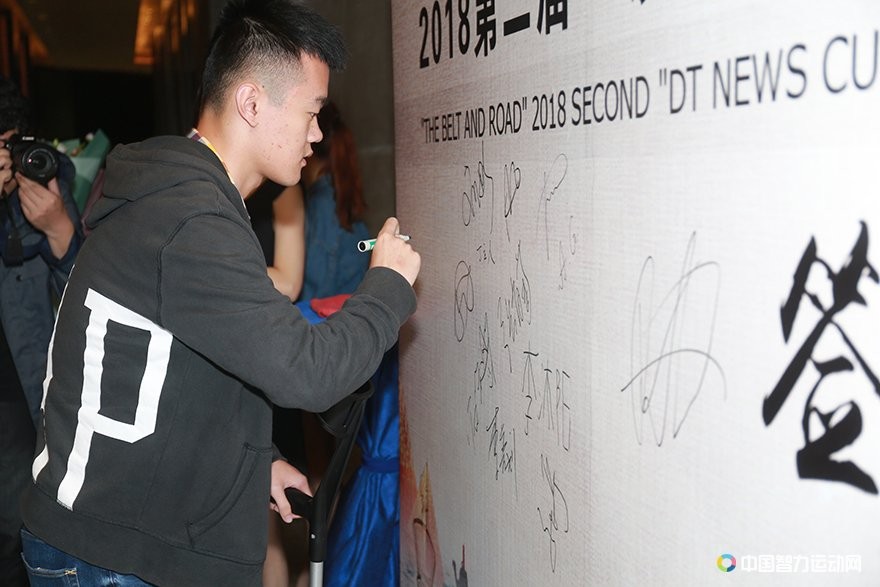 Whatever happens next Ding Liren will have written his name in history | photo: Chinese Chess Association

But what of the game itself? Well, it followed a Ruy Lopez system that featured in two noteworthy games for Ding Liren this year. The position after move 15 occurred in the final game of the Candidates, with Sergey Karjakin choosing 16.Qe2 and later pulling off a very narrow escape. Then in Norway Chess Vishy Anand tried to improve with 16.Re1, but admitted to mixing something up as he also ended up hanging on with the white pieces. That was the last game Ding played before having to pull out of the tournament after breaking his hip falling off his bike.

Anish Giri had done his homework and went for 16.g3, after which White seemed to get a slight pull:

The moment of truth came with 26.Qg4, when it looked as though White was comfortably better until Ding Liren took an 11-minute think and came up with a brilliant response:

26…d5!! If White takes the piece with 27.Qxh4 then after 27…dxe4 he has to play very carefully merely to stay in the game. For instance 28.dxe4? Qxe4+ seems to be losing for White, with the black queenside pawns extremely dangerous. Instead Giri quickly went for 27.e5! but after 27…Qg6! it turned out the ending was drawn. Yet another example of how deep calculation has again and again enabled Ding Liren to extricate himself from potentially difficult situations.

After that game Ding remained world no. 4 while Giri is world no. 5, but there’s a gulf between them – 35 points on the live rating list! 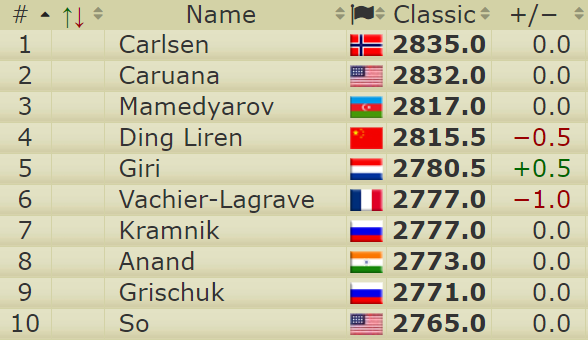 Next up for Ding will be world no. 6 Maxime Vachier-Lagrave, while in terms of challenges he could still aim to match the 110-game unbeaten streaks claimed by both Sergei Tiviakov and Bogdan Lalic. Of course neither of those players were operating at even close to Ding’s level, so perhaps a better aim would be to climb higher on the rating list – it’s not a mathematical impossibility that he could overtake Carlsen or Caruana, especially if there are decisive games at the start of the match. 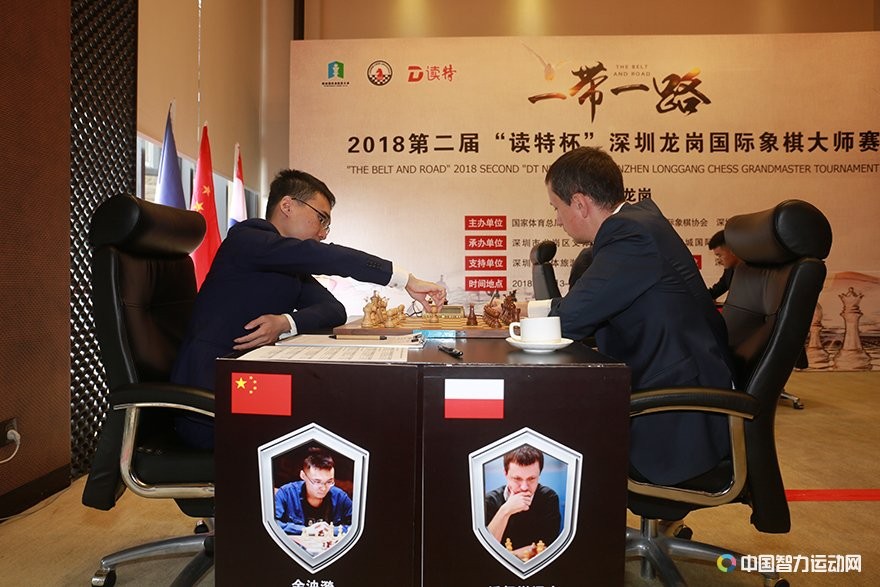 The players didn't need to know Chinese to know where to sit... | photo: Chinese Chess Association

Meanwhile back in Shenzhen, Yu Yangyi chose a rare line on move 8 against Radek Wojtaszek’s Nimzo-Indian Defence, with the Polish no. 1 then taking strategic risks by conceding his opponent a huge space advantage in the centre. In the end, though, he managed to counter-punch just in time and mutual weaknesses meant neither player could play for more than a draw. That game ended in 36 moves. 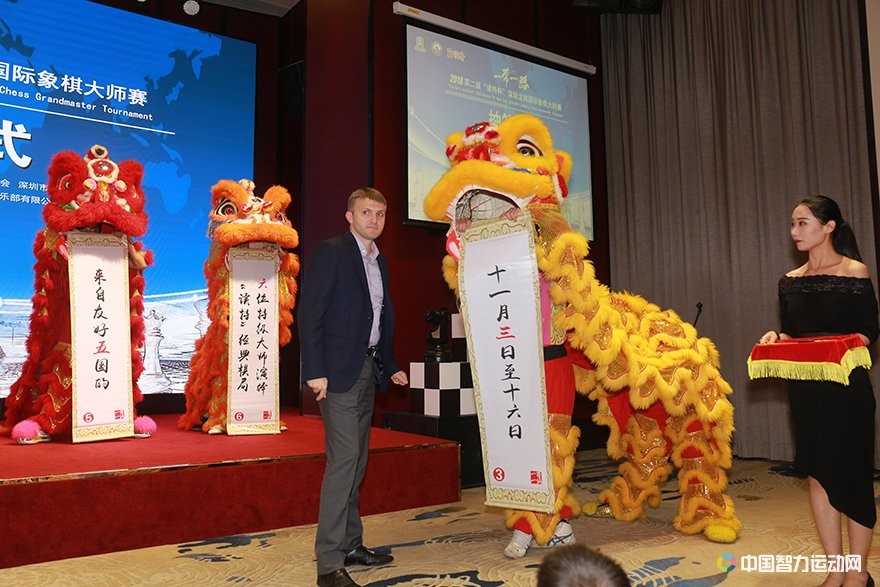 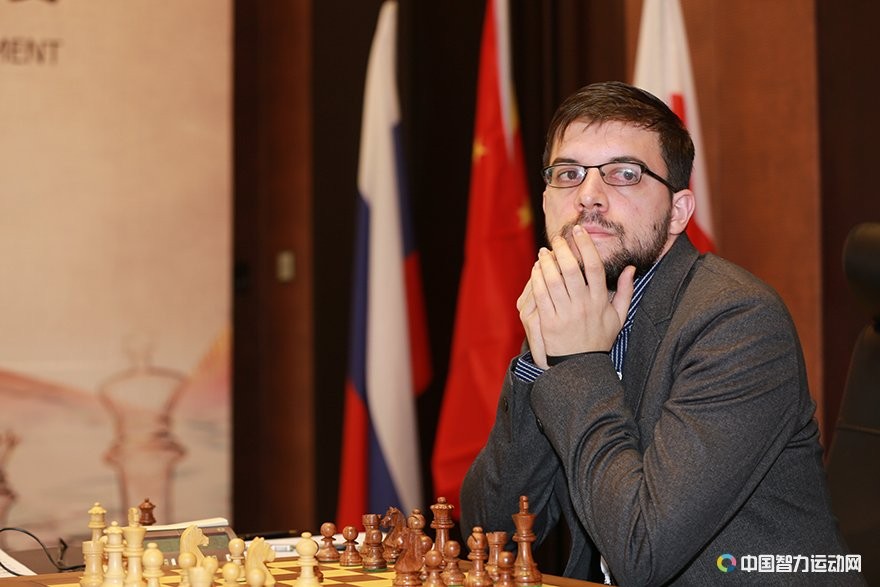 Maxime Vachier-Lagrave will be looking to bounce back after his attempt to win the tournament ended in a loss to Grischuk on the Isle of Man | photo: Chinese Chess Association

Vitiugov-MVL finished even sooner, in 30 moves, with Maxime following one of his own games in the Grünfeld until Nikita varied with 16.h4. It was only after the first new move of the game, 18…Rad8, that both players took a deep think:

Nikita could have tried to hold onto the d-pawn with 19.Rfd1, but after a 22-minute think he went for 19.Rfe1 instead. Then Black could have refrained from taking the pawn, with potentially sharp play, but after 20 minutes Maxime went for 19…Nxd5, when captures on the next 9 half-moves quickly removed all tension from the position. 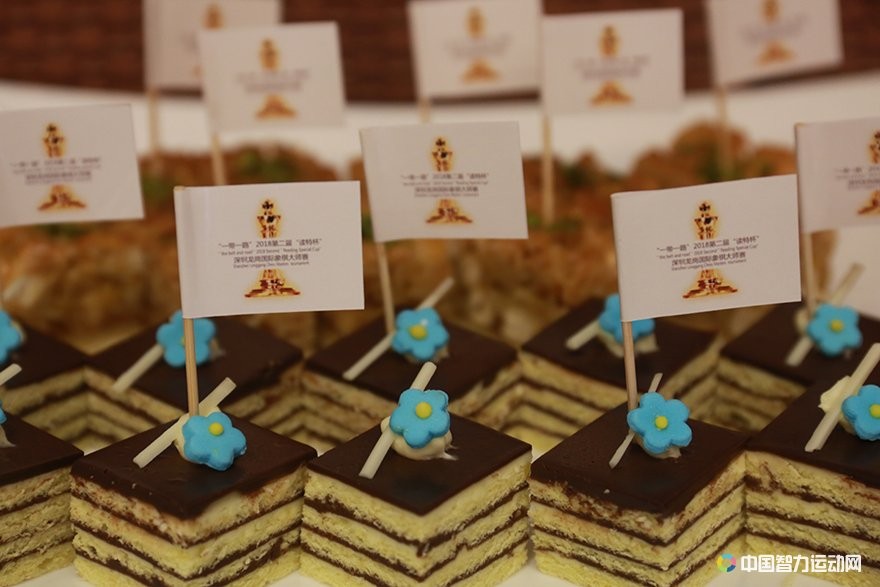 The action in Shenzhen continues at 7am CET each day, and you can follow it live here on chess24!