China vs. Russia (1): Battle of the chess schools 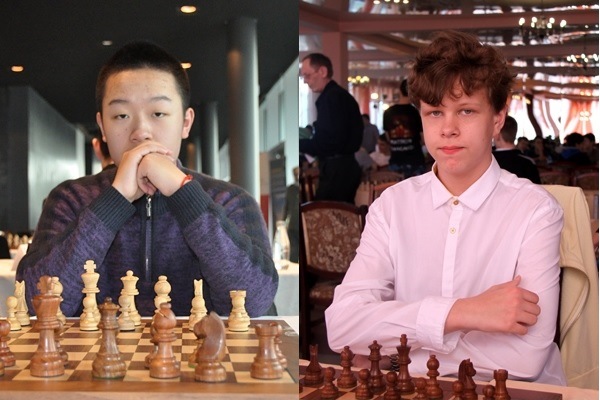 Wei Yi (left) claiming his grandmaster title at the 2013 Reykjavik Open, and Vladislav Artemiev in the same year becoming the Russian U21 Champion

China’s victory in the recent Olympiad in Tromsø was the icing on the cake for the country’s powerful and well-structured chess school. For the Russian men’s team, meanwhile, it was another inglorious chapter in their recent history, as they failed to make it onto the podium. Here at chess24 we decided to compare both schools, looking at the success they’ve already achieved and taking a look at their major future talents.

In terms of statistics Russia continues to be the dominant country on the world stage. The number of titled players (2257) leaves the rest in their wake, with closest challengers Germany having little more than half as many (1240), while 3rd-place USA have half as many again (636). For years they’ve also dominated the world elite, although recently that’s somewhat changed. On the latest October rating list there are only two Russian players in the Top 10 (Alexander Grischuk – 5th and Sergey Karjakin – 8th), although it’s true they have another four in the Top 20 (Vladimir Kramnik, Dmitry Jakovenko, Nikita Vitiugov and Peter Svidler). No other country can match the numbers, though the gap is not as clear as before. 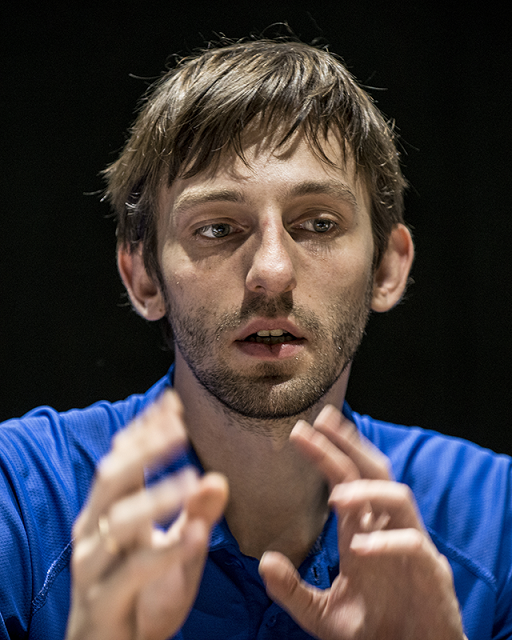 Alexander Grischuk, Russian no. 1 and an always spectacular player, both for his style and his tendency to get into huge time trouble! | photo: David Llada

In terms of quality rather than quantity, though, China are clearly an emergent force. FIDE provides the following data on the average Elo rating of the ten best players in each country, as well as the number of titled players:

A difference of almost 40 points in the average rating of the Top 10 is of course still a tough gap to bridge, but nothing like the gulf in the number of titled players.

After the collapse of the Soviet Union in 1991, Russia, mainly driven by Garry Kasparov, continued to dominate Olympiad after Olympiad, winning six straight titles. 2014, however, marked the sixth consecutive Olympiad Russia had failed to win, with only three podium finishes in that time. 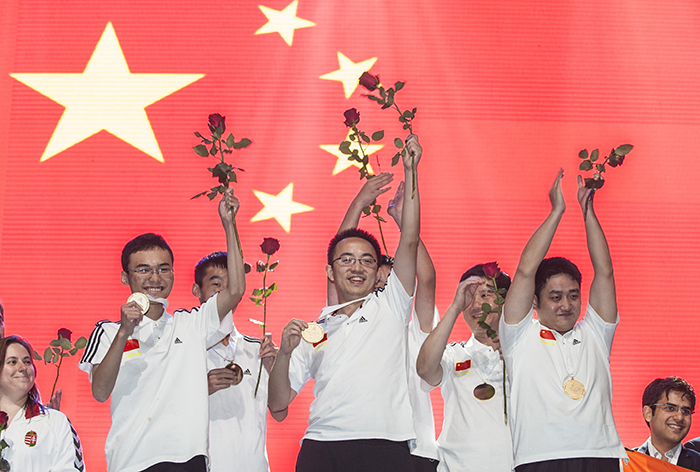 We need to add to that the loss of the individual World Championship title, something considered almost Soviet property since Mikhail Botvinnik first claimed it for the USSR in 1948. It was handed down among the Soviet players until Fischer briefly interrupted in 1972. The Soviet, or post-Soviet, hegemony was only broken in 2007, when India’s Vishy Anand defeated Vladimir Kramnik. Six years later Vishy conceded the title, not to a player from the former Soviet Union but to Norway’s Magnus Carlsen. At least in the short term, few expect the World Championship title to return to Russian soil.

The history of women’s chess has been somewhat different. The dominance of the Soviet players was already broken at the end of the 20th century with the explosion onto the scene of the Polgar sisters, who helped Hungary win the Olympiad in 1988 and 1990. The youngest of them, Judit, became the undisputed women’s no. 1.

After she abandoned women’s competitions, however, there was a shift of power. China was able to demonstrate its potential, winning four consecutive Olympiads from 1998 to 2004. Recently, however, the pendulum has swung back in favour of the Russian women’s team, which has taken gold in the last three Olympiads (2010-2014) in a row, with China having to settle for silver. 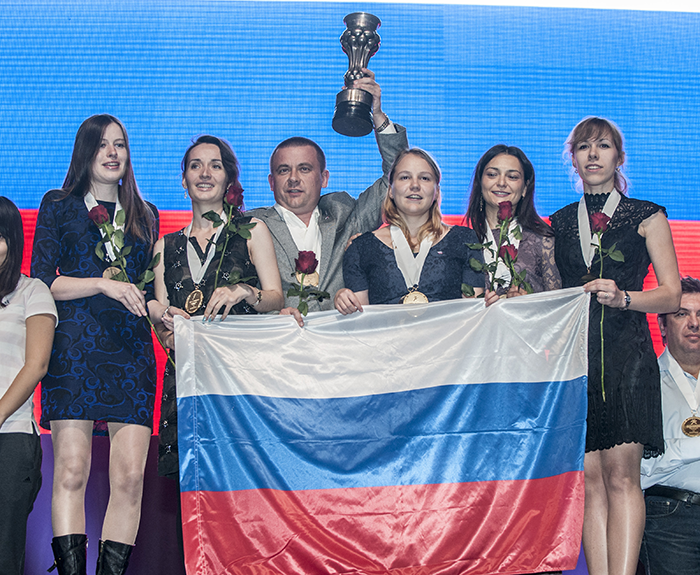 Despite that, however, the Chinese hold a narrow lead in the world rankings:

China can justifiably claim to be the dominant country in women’s chess, with World Champion Hou Yifan on the point of surpassing the rating of the recently retired Judit Polgar, while Ju Wenjun is now up to no. 3 on the live ratings. China look fully capable of holding onto their World Championship title in the years to come.


Young talents whose promise is already a reality

In a world like chess where the World Champion and no. 1 is 23 years old, the no. 2 and star of the second half of 2014, Fabiano Caruana, is 22 and the women’s World Champion is only 20 you have to look for promising talents at a much earlier age!

Two names stand out from the crowd at this moment in time – 16-year-old Russian Vladislav Artemiev, who is currently playing in the Baku Open and is rated 2650, and China’s Wei Yi, only 15 and already rated 2645. 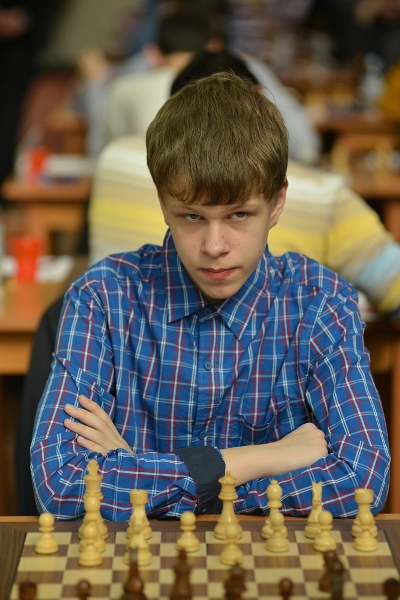 Artemiev is having a sensational 2014, which he began on 2570. He’s now up 80 points, which is an extremely difficult feat to pull off at such a level! In Baku his rise has continued…

The Russian has fantastic technique which he usually shows with the white pieces, where he plays quiet openings, while with Black he shows more ambition, playing the Najdorf and Grünfeld and proving that he fears neither a tactical or theoretical clash.

Wei Yi stands out for his precise calculation and in complications his level is superior to his 2645 rating – he’s already claimed several high-level scalps in unorthodox positions.

Aleksandra Goryachkina is current up to 3rd place among "girls" - though it's worth noting that 20-year-old World Champion Hou Yifan still tops that list! | photo: 2014 FIDE Women's World Rapid and Blitz Championship

Among women, meanwhile, the stand-out figure is Russia’s Aleksandra Goryachkina, who turns 16 today and is no. 49 in the world with a rating of 2430. Aleksandra has dominated the World Championships in her age group for years and, just like her compatriot Artemiev, has exquisite endgame technique.

Of course the Chinese school also has young female hopefuls! 17-year-old 2428-rated Tingjie Lei had been making slow progress until a year and a half ago when she was rated 2232 in May 2013. Then she achieved lift off, gaining almost 200 points in 16 months… 2012 World Girls U20 Chess Champion Guo Qi is a little older, but still deserves a mention as no. 2 on the girls rating list behind Hou Yifan.

Over the coming week we’re going to take a close look at these young talents, with some special contributions, but in the meantime, a couple of questions:  Do you know anything about these players? And do you think any of them will reach the very top?