The chess24 Legends of Chess starts today with Giri-Carlsen the headline match, but the fascination of the tournament is that it pits four hungry and battle-hardened Top 10 players, including Ding Liren and Ian Nepomniachtchi, against six legends with careers stretching back in some cases over three decades: Boris Gelfand, Vasyl Ivanchuk, Vishy Anand, Vladimir Kramnik, Peter Svidler and Peter Leko. Jan Gustafsson is back to commentate alongside Rustam Kasimdzhanov, Tania Sachdev and more guests who’ll include Alexander Grischuk. 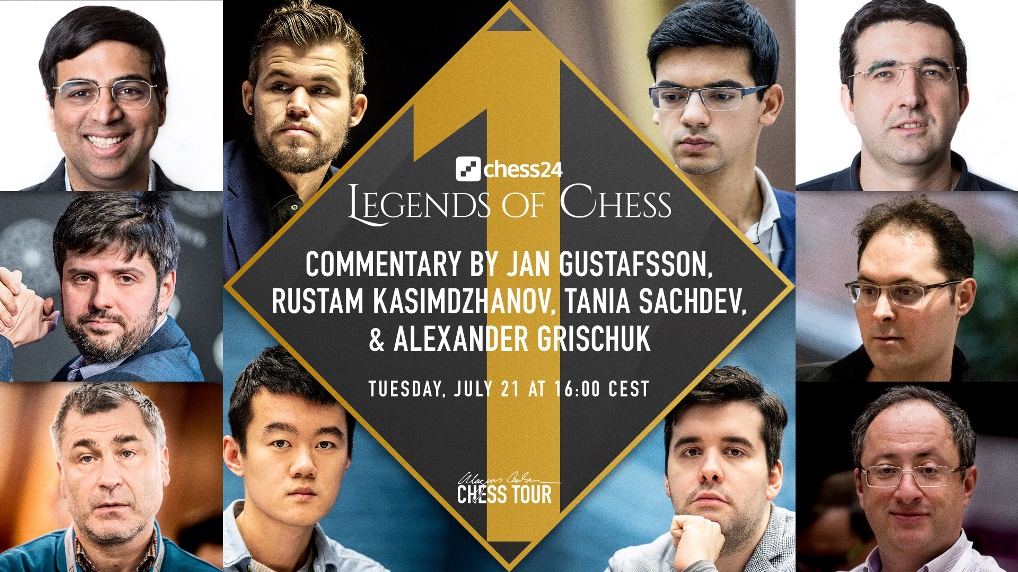 The chess24 Legends of Chess starts with a 9-round preliminary tournament where each match is best of 4 games, with Armageddon if tied at 2:2. The goal is to end in the Top 4 and qualify for the knockout stages. Here’s today’s Round 1 (and the pairings for future rounds):

You can watch any game with live commentary in 10 languages by clicking on an evaluation or result above.

As you can see, it’s going to be a fascinating start: Giri-Carlsen is the grudge match everyone wants to see. Anish Giri did the “shush!” celebration when he beat Magnus in the Magnus Carlsen Invitational, Magnus best Anish in the final of the Chessable Masters and the Twitter battle has become ever fiercer, though the surprise winner of their trash-talk war was Vishy Anand!

Kramnik-Nepomniachtchi pits the former Russian no. 1 against the current no. 1, with Ian Nepomniachtchi having had the edge in their previous encounters. Vladimir Kramnik yesterday vowed to go all-out to entertain himself and the fans, however, so it should be a lot of fun to watch.

Gelfand-Ding Liren is the other clash of the generations, with current no. 3 Ding Liren taking on Boris Gelfand, who was world no. 3 exactly 30 years ago in July 1990.

Anand-Svidler and Leko-Ivanchuk are match-ups between players who have played each other 75 times during their long careers, to count only classical games. Peter Svidler will be out to upset the historic record against Vishy Anand, since he’s lost 8 of those classical games and won none! 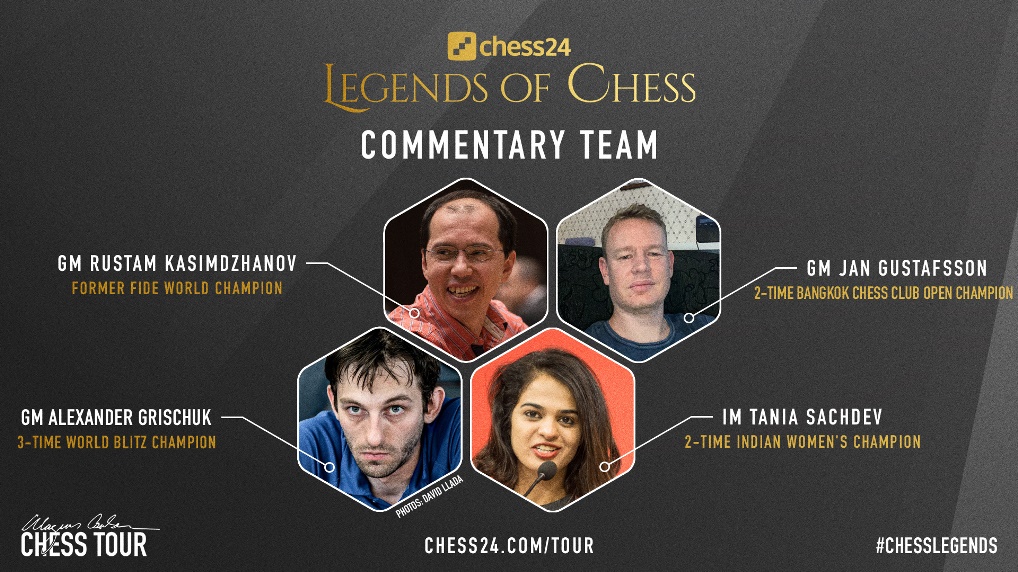 Our commentary team had so many titles between them that sometimes it was hard to pick their greatest achievements...

For more on the legends who are playing – and Judit Polgar and Anatoly Karpov who will join the commentary later in the event – check out the following video series by Jan Gustafsson, Laurent Fressinet, Pepe Cuenca and Pascal Charbonneau: 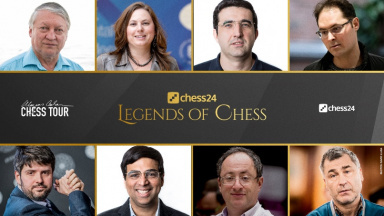 There's still time to enter the Fantasy Chess Contest for the tournament as a whole and Round 1 in particular. You can find full details at: FantasyChess: Legends Edition

All the Legends players are also playing Banter Blitz and giving Q&A sessions, with Vishy Anand, Vasyl Ivanchuk and Vladimir Kramnik all on top form over the weekend. You can replay all the shows at our Live Shows page! 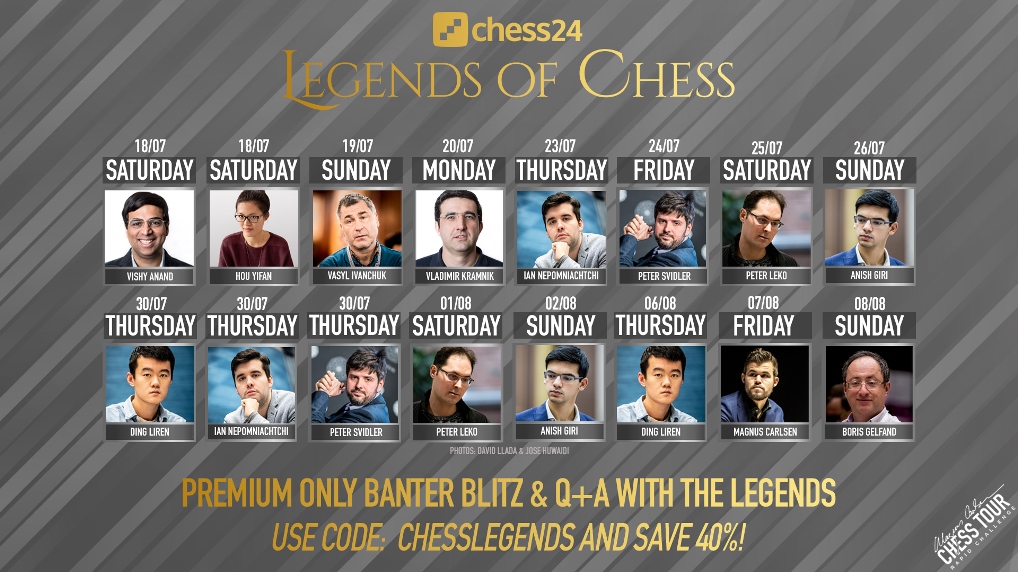