chess24 is thrilled to announce the launch of the 128-player Banter Blitz Cup. After a trial run in Spanish last year that was won by world no. 11 Leinier Dominguez, the new event will be international, with players able to commentate on their games in all four “official” chess24 languages: English, German, French and Spanish. The total prize fund will be $50,000 (over 45k euros) with $14,000 for the winner and special prizes for the best streamers. 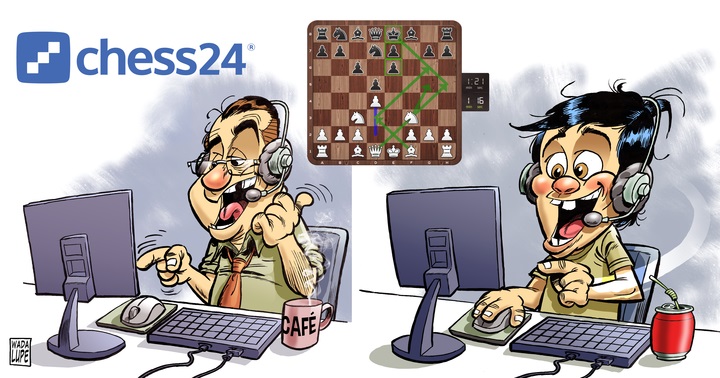 The Banter Blitz Cup is a unique event that combines entertainment and instruction as we get to listen to chess players talk about their games during a serious event. The nerves and emotions will be impossible to hide and, although it will be normal for players to speak barely a word when time gets short, they’ll be obliged to share their thoughts during the games.

When will it take place?

The first Banter Blitz Cup matches will be played at the end of September 2019 and we expect the event to finish at the end of February 2020, after 127 matches full of emotion.

Once the pairings have been determined we’ll contact all the players in order to agree on dates and times. We’ll be as flexible as possible in order to ensure that everyone can play at a convenient time.

We’re expecting great interest in playing the Banter Blitz Cup, which is why only the first 64 grandmasters with a FIDE classical rating above 2600 that sign up will be guaranteed a place. You can register by leaving a comment underneath this article or by writing to Divis@chess24.com.

Don’t worry if you don’t meet that “small” requirement! We’ll also invite the 20 titled players with the highest blitz rating on chess24 on 15 September at 00:00 CEST. Time to get that rating up! By the way, please bear in mind that we have automated systems and a hard-working anti-cheating team checking all the games in our Playzone. They’ll be paying even more attention than usual to Banter Blitz Cup games.

We’re reserving a large number of places so we can invite collaborators, regular Banter Blitz players and others we believe will add variety to the Banter Blitz Cup. We also want to make sure we have representatives speaking all four chess24 languages, so everyone feels involved. If you want to participate and feel you could enhance the event, don’t hesitate to write to us!

Remember: in order to sign up you should write a comment under this article or write to Divis@chess24.com with your details. Registration will close on 22 September.

Is it a problem if I have no experience of streaming?

Not at all! We’ll get in touch and all you have to worry about is talking and playing.

What are the prizes?

You can see them all in the following table:

Apart from the general prizes you can see that we’re also giving prizes to the most popular players. To determine that, at the end of each match we’ll ask players to choose their two favourite games and then publish those videos separately on our YouTube channels (depending on the language the player speaks). Those with the most thumbs-ups on YouTube, or with the most minutes watched, will win prizes. We’ll be posting leaderboards from time to time so you can see how your favourite Banter Blitzer is doing.

In addition, we'll hold polls so you can vote for your favourite Banter Blitzer, with the winner of the popular vote also getting a well-deserved prize. In the Banter Blitz Cup it’s not enough merely to win your games! 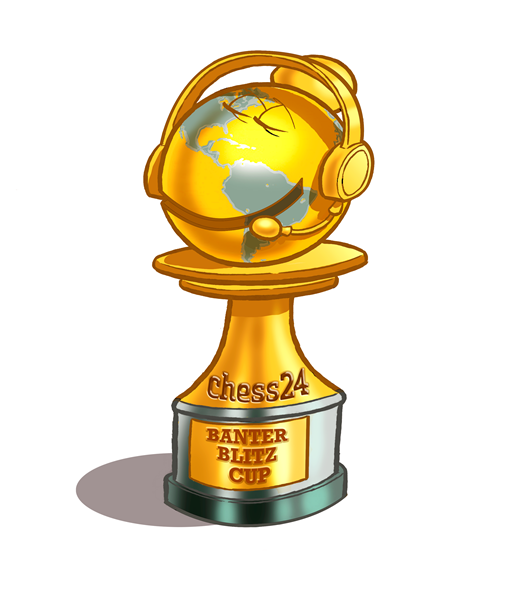 Who will inscribe their name on the Banter Blitz Cup?

That’s all for now! Don’t hesitate to share this information with anyone you believe may want to participate and we’re at your disposal to answer any questions. The Banter Blitz Cup starts in three weeks' time.