In September, one of the most attractive formats for viewers returns to chess24! It's the "chess24 Banter Series", where both players must stream and commentate live while playing. There will be a 16-player final phase, with eight players invited and the remaining participants determined by a series of eight qualifying tournaments that will be played in the first weeks of September.

The time control will be 3 minutes + a 2-second increment per move and the matches will be best of 8 games for the qualifiers and best of 10 in the final phase. The winner of the chess24 Banter Series earns €12,000 out of a total prize fund of €36,000. Registering for the tournament costs €300, but grandmasters will be given special conditions. You can contact us at the email address stream@chess24.com and we'll be happy to answer all your questions. 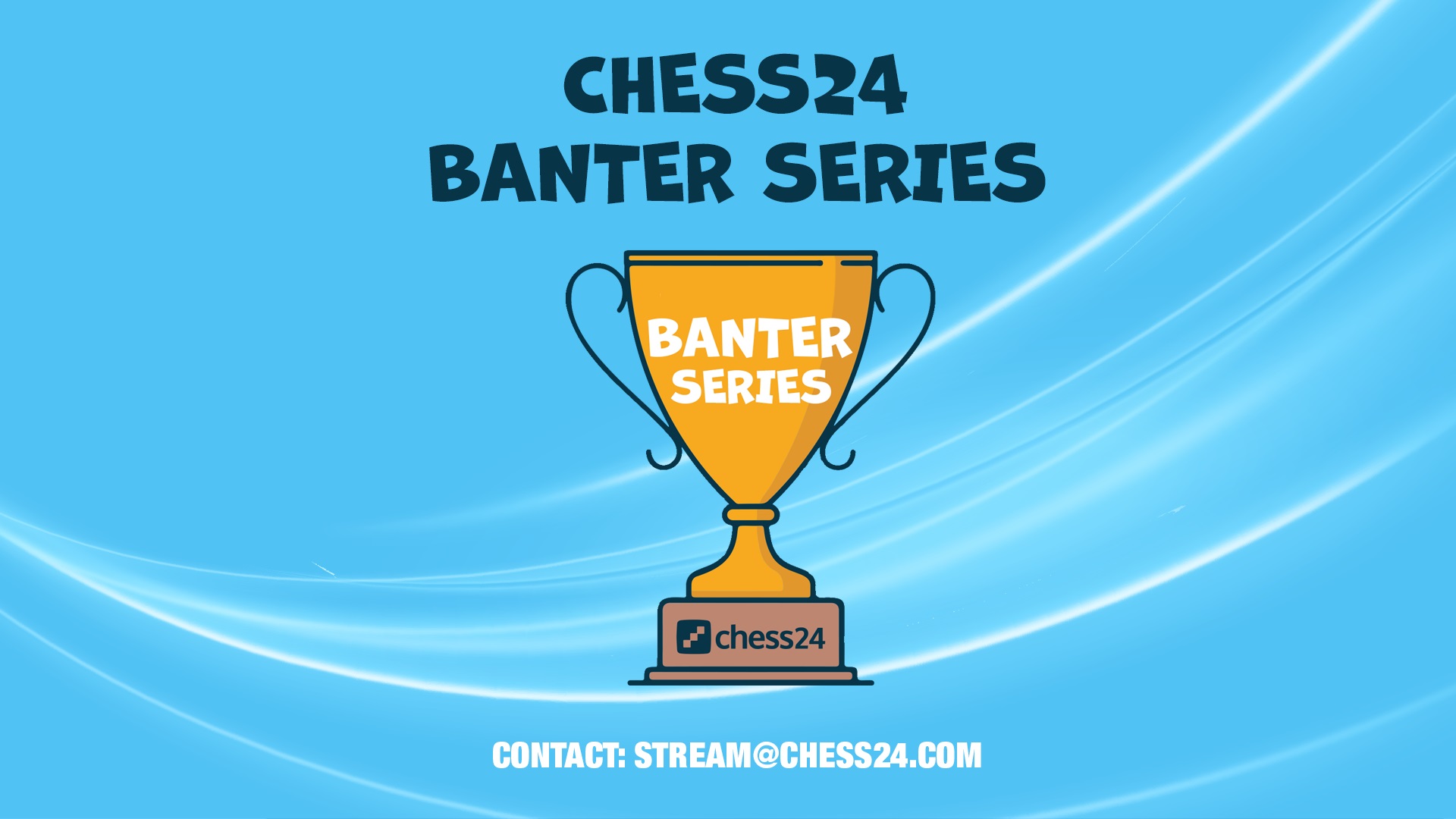 The Magnus Carlsen Chess Tour is coming to an end, but the action on chess24 continues with the chess24 Banter Series. Similar to the Banter Blitz Cup won by Alireza Firouzja, it will feature 64 players in qualifiers, and 8 invited players, who must all commentate live on their games as they play.

1) When will it take place? Qualifiers will begin on September 1st and last until September 19th. The final phase will take place from September 20th to 27th. 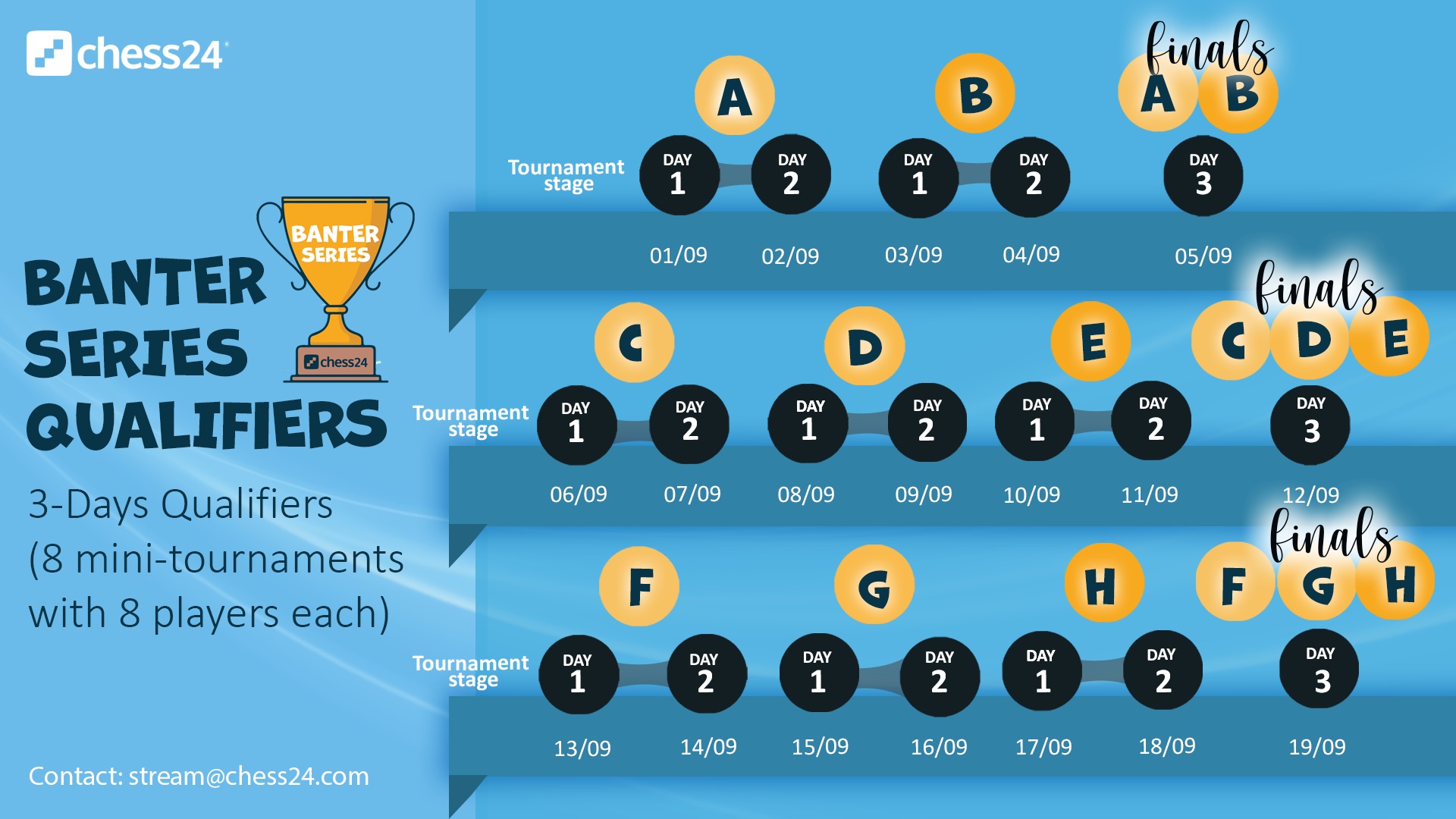 2) When and how can I register? Now! Anyone who wants to play the chess24 Banter Series can do so by paying the general entry fee at this link. In addition, any grandmaster who wants to participate can write to stream@chess24.com to propose an additional activity of about two hours to be invited to the event. Due to the limited places and high demand, we cannot guarantee places to all grandmasters who apply, but we can guarantee places to all who pay the registration fee. 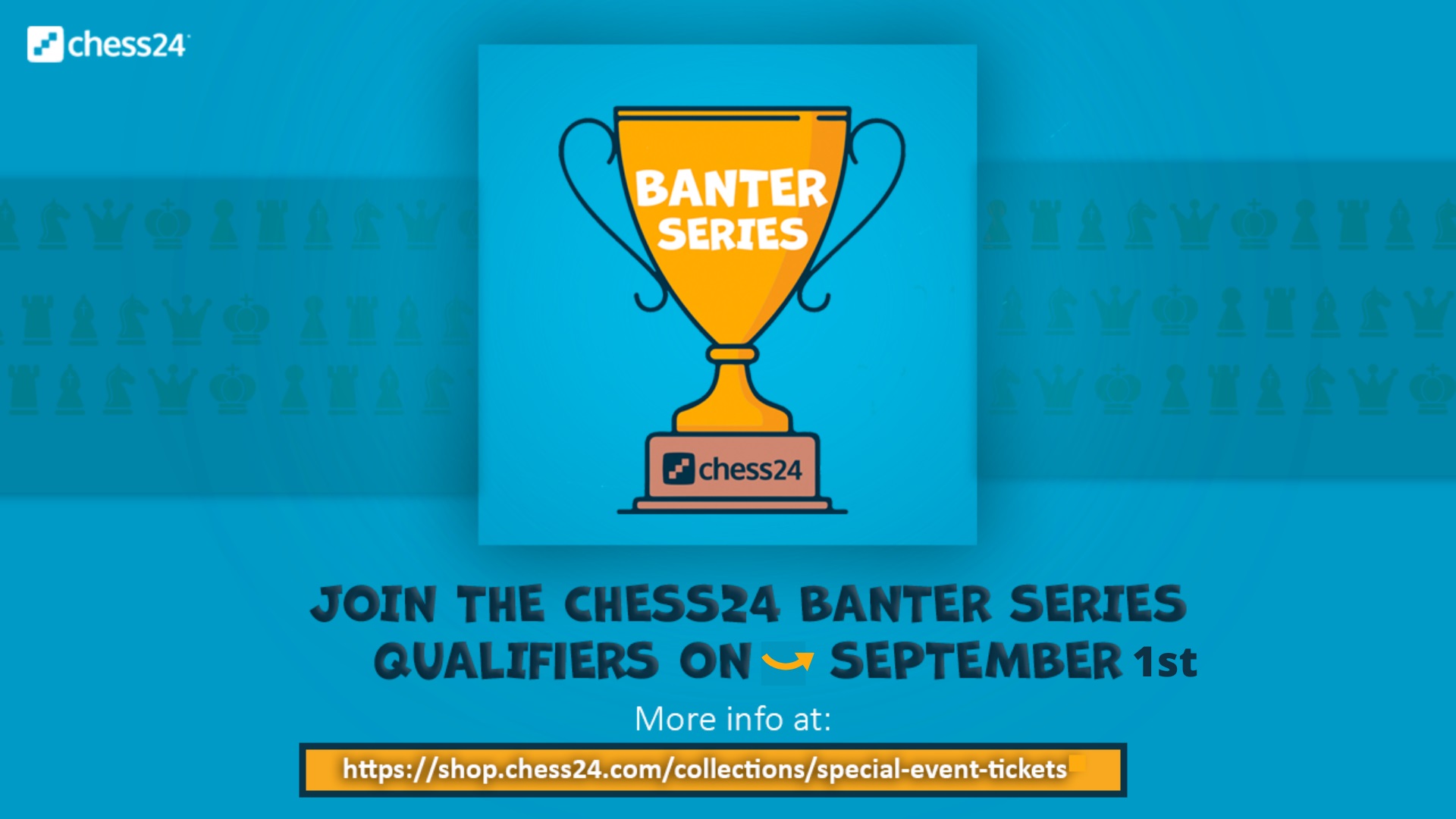 3) What's the tournament format? The time control will be 3 minutes for all moves + a 2-second increment per move, with all games played in the new chess24 Playzone. The qualifiers and final are both played as a knockout, with the qualification stage best of 8 games and the finals best of 10.

In the event of a tie, two more games will be played and, if still tied, an Armageddon game will be played. Each winner of the 8 qualifying tournaments will gain a place in the 16-player final, where the remaining 8 players will be invited. Each player can only participate in one qualifier. 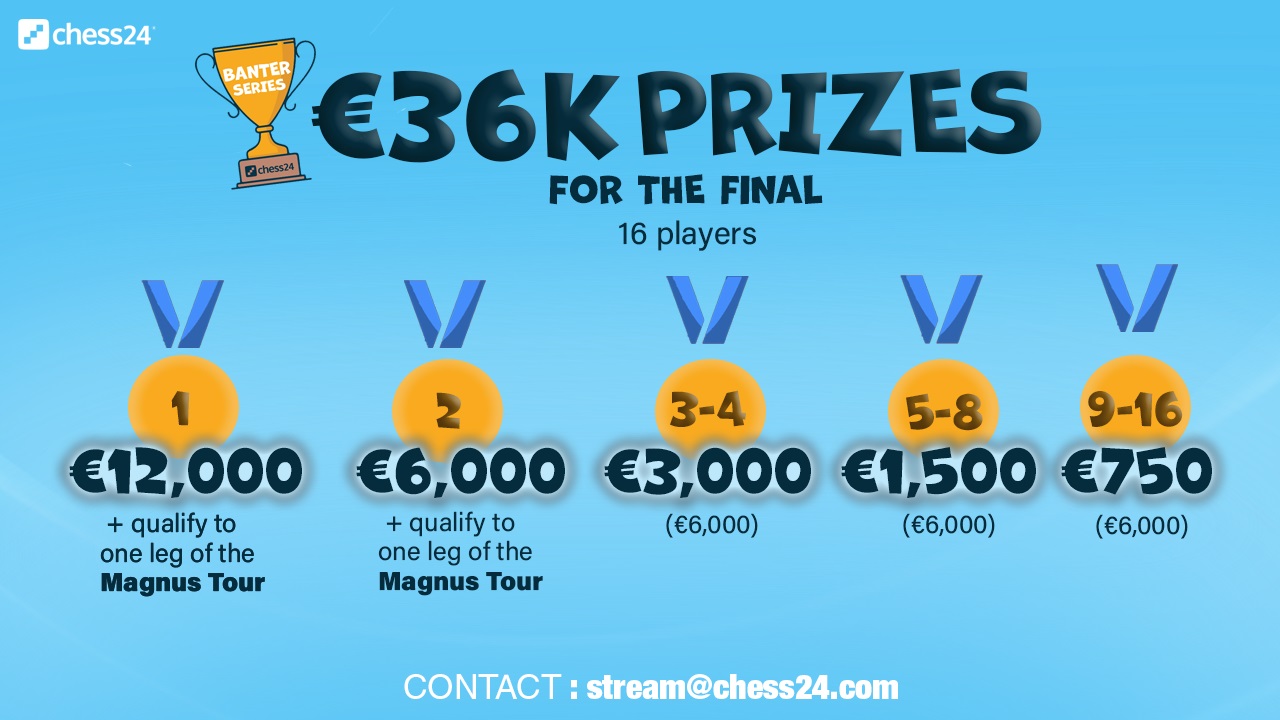 At the time of publishing this article we can already confirm the participation of World Champion Magnus Carlsen, 2019 World Cup Winner Teimour Radjabov, French no. 1 Maxime Vachier-Lagrave and Dutch no. 1 Anish Giri. We look forward to announcing new names soon!

Who would you like to see playing in the chess24 Banter Series? Tell them to contact us by email at stream@chess24.com, let them know how to register, or donate the entry fee yourself using this link:

‌Ladies and gentlemen, one of the most popular chess24 formats will be back in just 12 days!