Magnus Carlsen will defend his World Championship title in London from 9-28 November 2018, but first up is the Grand Chess Tour. He leads before the London Chess Classic season decider, but Maxime Vachier-Lagrave can force at least a playoff if he takes clear first. The main event starts on Friday at Google HQ, while in the Pro-Biz Cup the day before business figures are paired with stars that include Garry Kasparov. The British Knockout Championship also sees Nigel Short and other top British players fight for a £20,000 first prize. 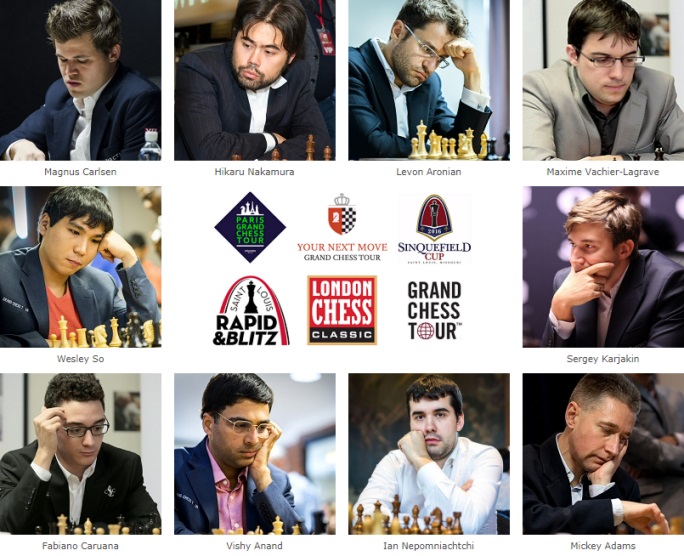 It's that time of year again, as the Grand Chess Tour ends with the London Chess Classic! | image: official website

The 2018 World Championship to be held in London

It’s been an open secret since before Spanish chess journalist Leontxo García announced it in El País last month, but Magnus Carlsen’s next World Championship match has finally been confirmed today as taking place in London from 9-28 November 2018. Agon appears to have failed to find new sponsors and the prize fund is again the minimum possible - 1 million euros. No specific venue was mentioned.

Magnus’ opponent for the 12-game match will be decided in the Candidates Tournament held in Berlin in March.

That's next year, but there’s plenty more about to take place in London in the upcoming days!

The 9th London Chess Classic will once more wrap up the year’s classical chess for most of the very top grandmasters. It all starts on Friday 1st December, with the pairings already announced (you can view all the rounds below):

The renowned team of Yasser Seirawan, Jennifer Shahade, Maurice Ashley and Cristian Chirila will again commentate live and you can watch every moment here on chess24.

The players need absolutely no introduction, with the 9 Grand Chess Tour regulars joined by the English no. 1, Mickey Adams. As in the Sinquefield Cup they again play 9 rounds at a long classical chess time control (100 minutes for 40 moves, then 60 minutes to the end of the game, with a 30-second delay from move 1), and the prize fund at stake purely in London is $300,000, with $75,000 for first place. 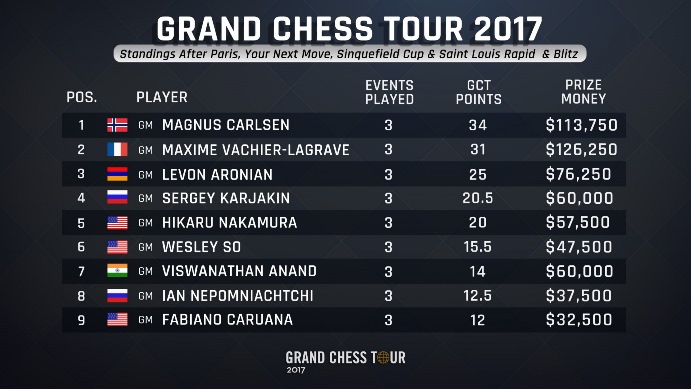 Only three players can still win, with Levon Aronian’s chances of overall victory slim even if he ends a wonderful year with another tournament victory and gains 13 points for clear first place – Magnus would have to finish worse than 6th and MVL worse than 3rd for Lev to grab the first prize. If Maxime can win clear first, though, then he’ll claim the $100,000 prize unless Magnus finishes in clear 2nd and forces a rapid playoff.

Sergey Karjakin and Hikaru Nakamura could theoretically join the fight to finish runner-up, while besides immediate financial incentives there’s also going to be a fight for qualifying spots in next year’s Grand Chess Tour – an extra place will likely be opened up by Magnus choosing not to play as a tour regular in a World Championship year.


The schedule of this year’s London Chess Classic is somewhat bizarre at first glance, since after playing Round 1 at 15:00 CET on Friday 1 December there’s immediately a rest day before Rounds 2-5 from Sunday to Wednesday. The explanation is cool, though, since Round 1 is taking place in the Google Headquarters, hosted by DeepMind, the Artificial Intelligence company perhaps best known for building AlphaGo, the computer program that finally conquered humanity at the fiendishly difficult board game Go.

The newest version, AlphaGo Zero, has become even stronger by learning by playing against itself rather than drawing on thousands of human games.

The co-founder of DeepMind is Demis Hassabis, who reached a rating of 2300 at the age of 13 – only surpassed by Judit Polgar in his age group back then – before quitting chess to dabble in creating monsters. 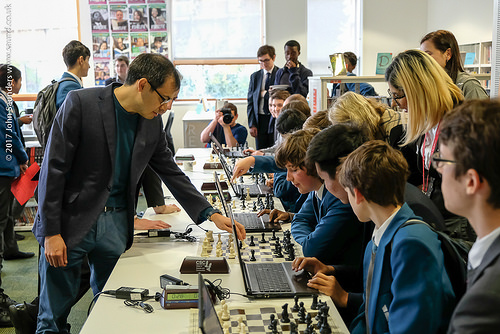 DeepMind's Demis Hassabis starting a simul at the UCL Academy - there may have been some suspicions of cheating among his opponents! | photo: John Saunders, official website

At the Pro-Biz event on Thursday, also held at Google HQ, he’ll be the “amateur” paired up with English no. 1 Mickey Adams. They should be a formidable pair, but there’s going to be some competition. For instance, Garry Kasparov’s partner is a FIDE Master and a former British U14 Champion.


The tournament is a 3-round Swiss at a 20+5 time control, with the players taking turns to make moves. The pros start first and there’s no consultation, but the teams can take two 1-minute timeouts to discuss their strategy.

The London Chess Classic is, as always, accompanied by many parallel events, including the London FIDE Open, the Super Blitz Open, the London Chess Conference and simultaneous displays by John Nunn and Jon Speelman. The most important, though, is the British Knockout Championship, which with a £20,000 first prize doubles the money available for winning the “official” British Championship. It runs from the 1-9 December and features the top British players except for Mickey Adams, who of course plays in the Classic. 21-year-old IM Alan Merry qualified as the winner of the 4NCL Open. 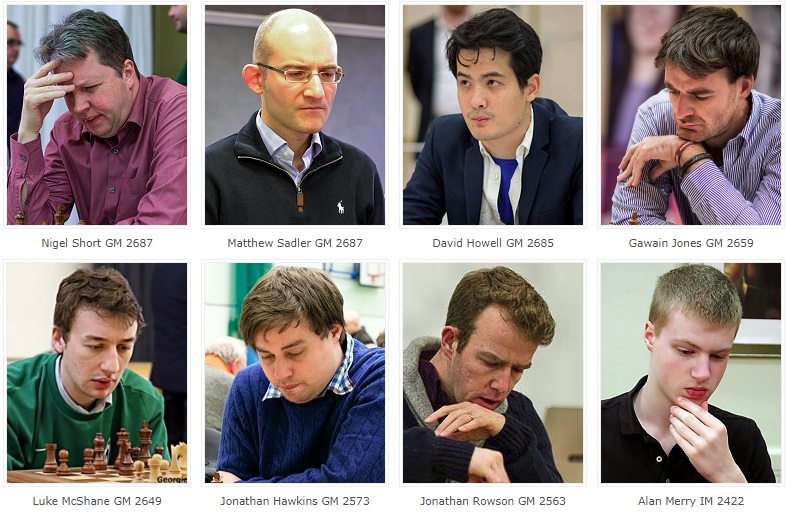 Only Luke McShane and Alan Merry are yet to win the British Championship | photos: official website

Each match before the finals features two classical games (90 minutes for all moves + a 30-second increment) and then, if required, two rapid games (10+2) and finally an Armageddon game where White has 6 minutes to Black’s 4, but a draw counts as a win for Black. The final doubles in length to four classical games and a possible four rapid games as a playoff.

The first round pairings have already been determined:

You can follow all the action here on chess24 from 12:00 CET on Friday.

So there’s a lot of chess to look forward to in the coming days in London. We hope you’ll join us here on chess24! You can also follows the games in our free mobile apps: