Fabiano Caruana was the only unbeaten player on Day 1 of Chess 9LX in Saint Louis as he topped the table with 2.5/3. MVL, Mamedyarov and Shankland all lost one game but won two to share 2nd place, while the only players who ended winless were Garry Kasparov, who missed a win against Wesley So, and Hikaru Nakamura, who amazingly ended with 0/3 after losing to Shakhriyar Mamedyarov, Sam Shankland and Levon Aronian. 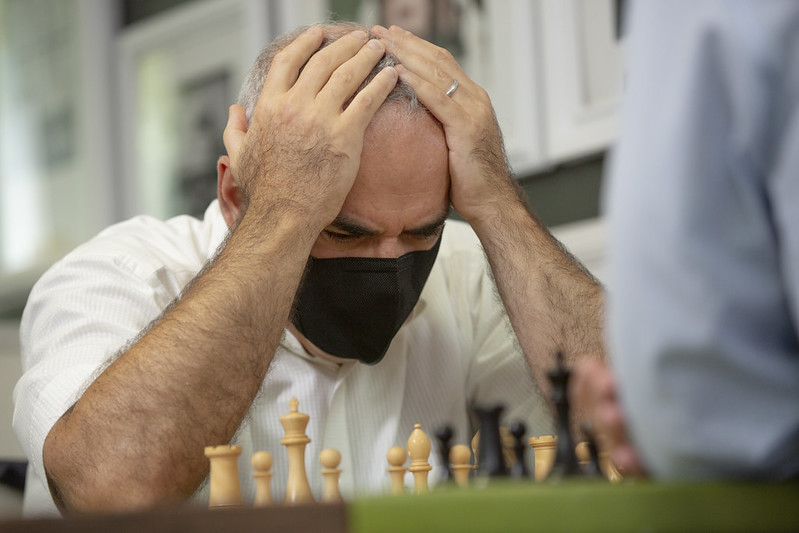 You can replay all the games from Day 1 of Chess 9LX using the selector below.

And here’s the day’s live commentary from Maurice Ashley and Alejandro Ramirez.

In case the trademarked but puzzling hybrid 9LX left anyone puzzled, the latest event taking place in the Saint Louis Chess Club is played in Chess960, a variant of chess where before each round a draw is made to decide where the pieces are shuffled on the back rank. 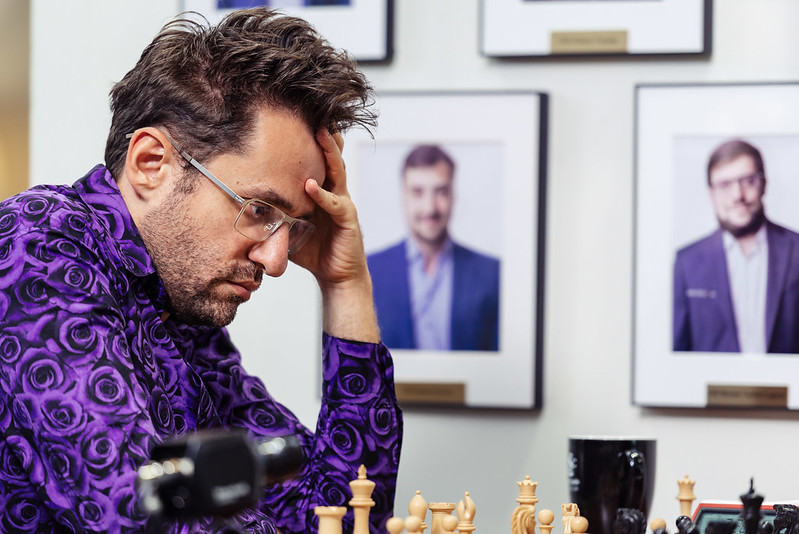 Levon Aronian is playing his first event after moving to Saint Louis — if he's planning to change things his taste in shirts doesn't seem to be one of them! | photo: Crystal Fuller, Saint Louis Chess Club

The 960 possible positions make opening preparation all but impossible and therefore, as the players kept repeating, it’s a chance for them to relax — they don’t need to book up before the games, and as there are no ratings there’s nothing at stake… except cash! The 10-player event has a $150,000 prize fund, with $37,500 for the winner. Fabiano mentioned he played tennis before the round.

If there’s one player who’s never been spotted relaxed at the chessboard, however, it’s Garry Kasparov, with the 13th World Chess Champion out to show that his horror show in the Croatia Grand Chess Tour was just a blip. On Day 1 he largely managed, though just when his day looked likely to be a big success, fortune turned against him. 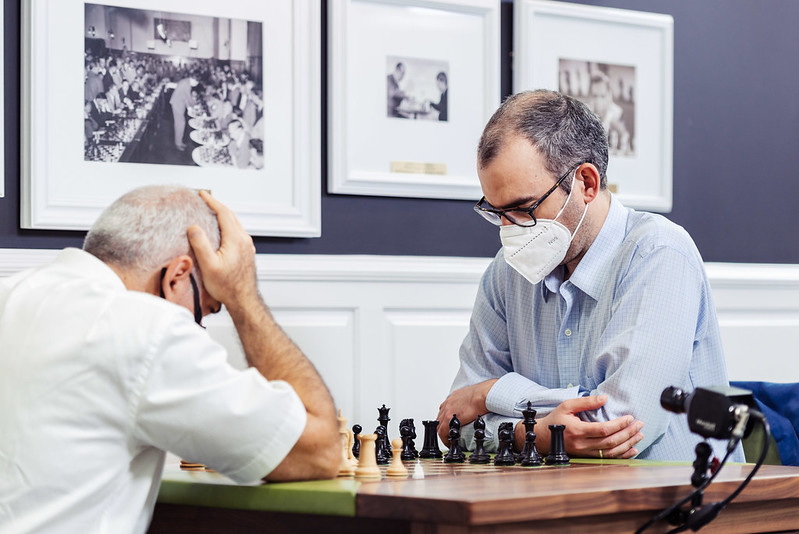 Garry applied some pressure in a first round draw against Leinier Dominguez, before in Round 2 he had reigning World Champion Wesley So just where he wanted him. Garry methodically set about converting a huge early advantage until suddenly he gave it away in a single move.

37.e6!, threatening Qe5+, and e7 if the black queen moves, was a killer. Instead Garry was tempted to go after the loose pawn on b5 with 37.Qa5?, but it was a major blunder because of one move, the one Wesley played, 37…Qh7!

Suddenly, with the black queen coming to h2 and the a2-pawn indefensible, there was nothing for White to do, and Garry forced an immediate draw with 38.Qd8+ Ka7 39.Qa5+.

That was of course a heavy blow for Garry to take…

Things went from bad to worse, as you can see, with Shakhriyar Mamedyarov whipping up a sudden attack along the h-file in the next game.

That didn’t mean Garry was bottom of the table, however, since Hikaru Nakamura, who went 27 games unbeaten in his last event in Saint Louis, managed to lose all three of his games on Day 1. The most memorable featured what Fabiano called “a beautiful blunder”, 15.Rxe5?, though by that stage there was really nothing better than following through with the move and hoping it wasn’t punished.

Sam felt bad to do that to one of his chess heroes, but not that bad!

One other game that deserves a mention is Wesley So’s amazing win over MVL from Round 1.

14.h4! and it turned out there was nothing to stop the march of the pawn to h6, and the capture of the knight on g7, and even the rook on f8! 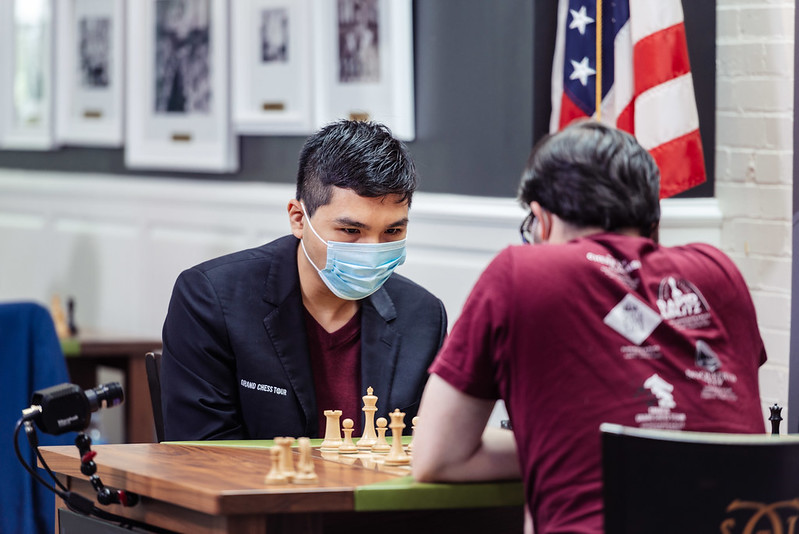 World Chess960 Champion Wesley So got off to a great start against MVL, but shaky would be a polite description of his next game against Garry Kasparov | photo: Crystal Fuller, Saint Louis Chess Club

Later on Wesley messed things up and might have been punished, but the game ended the way such a game ideally should — with victory for the player who found the brilliancy.

That leaves the standings look as follows, with Fabiano Caruana out in front.