Iulija Osmak scored 4.5/5 in the final of the Women’s Rapid section of the 1st FIDE World University Online Chess Championship, but her score has now been changed to 0/5, with Julia Antolak declared the winner. 23-year-old Osmak, the 2017 Ukrainian Women’s Champion, says she was disqualified based on a statistical analysis of her five games from the final and has expressed a willingness to take a lie-detector test to dispute that verdict. The Fair Play Panel of the event say 20 players in total were disqualified, but that they are not claiming “proof of actual cheating”. 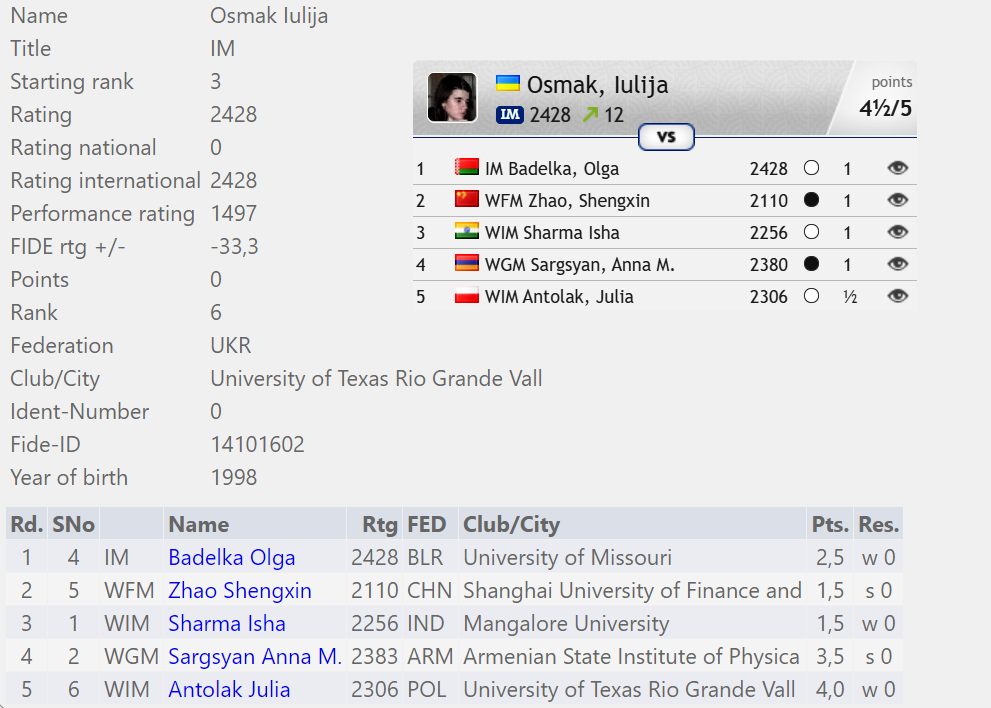 Iulija Osmak's original 4.5/5 was changed to 0/5 when the official results were published

With chess forced to move online due to the pandemic, many events have been held online for the first time. It’s often proven a great success, but with cheating so much easier online the problem of cheating, or the suspicion of cheating when none has taken place, is impossible to ignore. At times we get unpleasant situations such as with the FIDE World University Online Rapid Chess Championship.

The 6-player finals were played as single 10+5 round-robins on the Tornelo playing platform, with live commentary on the action.

They looked to have been a great success for the Ukrainian representatives.

While Kirill Shevchenko’s result stood, however, Iulija Osmak’s results have been converted to losses. This is how the table looked after the event – you can click on any of the results to replay the games with computer analysis and judge for yourself.

And here are the final results after the Fair Play Panel of the event got to work.

Iulija was given a forfeit loss for every game, while her opponent’s losses were converted to draws.

Although Iulija wasn’t named in the Fair Play Panel’s report it’s clear that it’s the reason for her results being altered. The report begins:

They say it took more than 70 hours to analyse 5036 games, and explain that they based their decision on:

The panel, perhaps for legal reasons, point out that they are not claiming proof of cheating, and that for now their decisions will have no impact on the players competing in over-the-board events.

Neither FIDE, nor the Hosting Internet Platform claims that the determination of a suspected fair play violation is proof of actual cheating or an admission of guilt by the disqualified player. Such a determination shall not affect the ordinary status of the player for over-the-board competitions within the jurisdiction of FIDE or its members, unless FPP decides in the case of a clear or gross violation, or repeated violations, to refer the matter to the FIDE Ethics and Disciplinary Commission which may exclude the player from all official chess participation for a period up to 15 years. 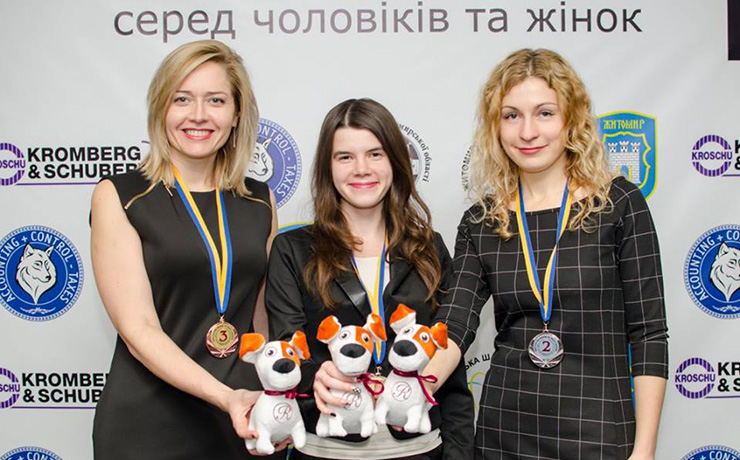 There’s no right of appeal, however, and it’s clear that any accusation of cheating has an impact on a player’s reputation. Iulija Osmak, the 2017 Ukrainian Champion, told chessnews.ru that she was told she was disqualified based on statistical analysis of the five games in the final. She commented:

I asked them to check me with a lie detector, since otherwise I have no way of proving my honesty. Negotiations are currently underway.