The great American chess capital, St. Louis, continues to offer attractive tournaments, and this time rapid matches between some of the world’s best players are back. From the 20-24th of February there will be five high-profile matches to look out for: Hikaru Nakamura vs Jan-Krzysztof Duda, Fabiano Caruana vs Pentala Harikrishna, Wesley So vs David Navara, Leinier Dominguez vs Veselin Topalov and Sam Shankland vs Richard Rapport.

Rapid chess excitement, at a top-class level, returns to St. Louis. Five matches in which, according to the organizers, they have been looking for a clash in styles of play. In each match there will be 12 rapid games (15 minutes for each player with an increment of 10 seconds per move) and 24 blitz (3 minutes plus 2 seconds increment for each move). The rapid games will have double the value of the blitz games. The winner of each match will receive 36,000 dollars and the loser 24,000.

Probably the match that will draw the highest expectations among the public is the one between Nakamura, ranked second best rapid player and third best blitz player in the world, against the Polish superstar Duda, who came second in the last World Blitz Championship. If Duda is able to survive the rapid, where the difference should be the greatest between them, the match could be quite equal… even though, Nakamura should be the favourite in all rapid and blitz matches as long as his opponent isn’t Magnus Carlsen.

Fabi returns to action after taking a break at the end of a very hectic 2018. The Indian, Pentala Harikrishna, is a very solid opponent with a lot of experience, who is difficult to beat in any game. A close match is to be expected, although Fabiano can be expected to break through in the end. 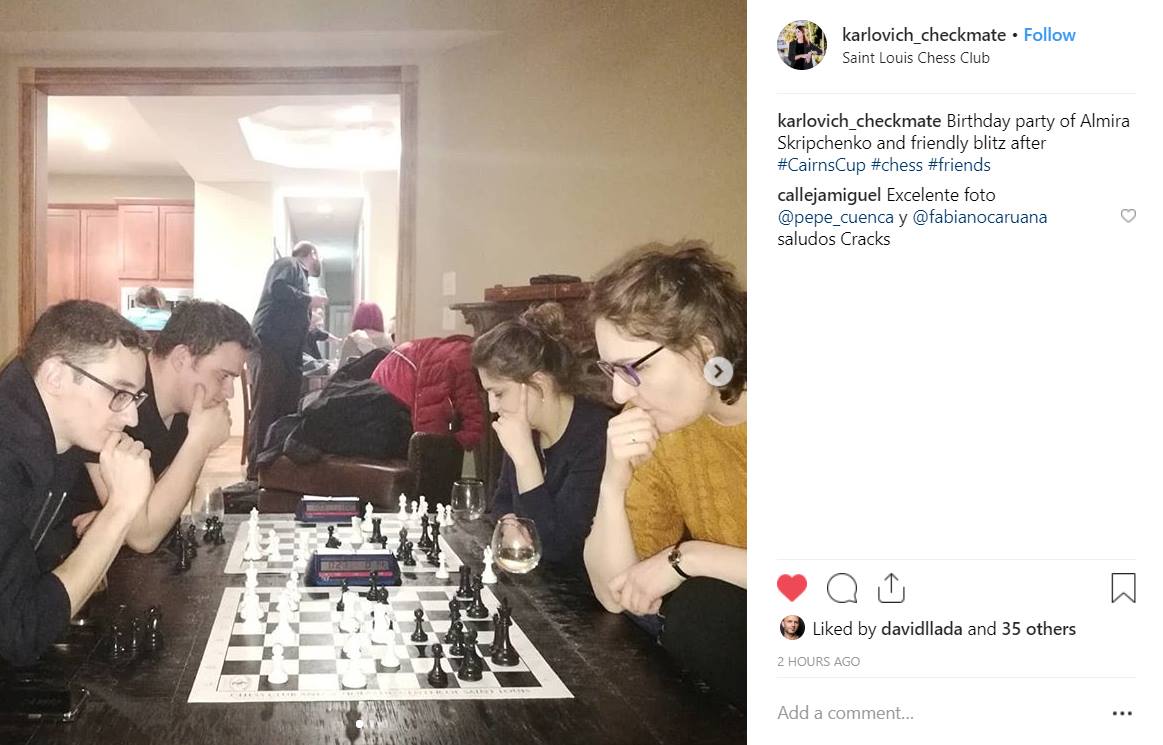 Wesley So vs. David Navara

Wesley So is paired against one of the most beloved top-level chess players, David Navara. Even though Wesley is the clear favourite, Navara stands out for his great preparation and no-one doubts that he will come well-prepared for this match.

Leinier Dominguez will for the first time play with the American flag in this match against the Bulgarian Veselin Topalov. Leinier comes back after a few months without playing, and even a few years without playing classical games! Even less active is Topalov, although his last appearance in St. Louis was very remarkable as he was able to beat none other than Garry Kasparov, in Chess960. I think that it will be the most colorful match of them all, as they are both players that don’t try to hide and where it's hard to make predictions. Leinier and Veselin will give us a show!

Shankland, the “academic”, against the “colourful” Rapport. This match will be dominated by the one who manages to bring the game onto his own territory. If the games manage to take a more classical direction, then Shankland is the favourite… But is this possible against Rapport? Our guess - no!

In summary, an intense and exciting week lies ahead thanks to these matches in St. Louis, and we hope that you'll enjoy following them with us here on chess24!