Caruana & So in action as US Championships begin

The 2021 US Championships start in Saint Louis today as world no. 2 Fabiano Caruana and reigning Champion Wesley So top the 12-player field competing for a $50,000 top prize. Leinier Dominguez, Sam Shankland and Jeffery Xiong are the other 2700 stars in action, with only Hikaru Nakamura absent. The women’s event features almost all the top contenders, with 2-time US Women’s Champion Nazi Paikidze returning to action for the first time since 2018. 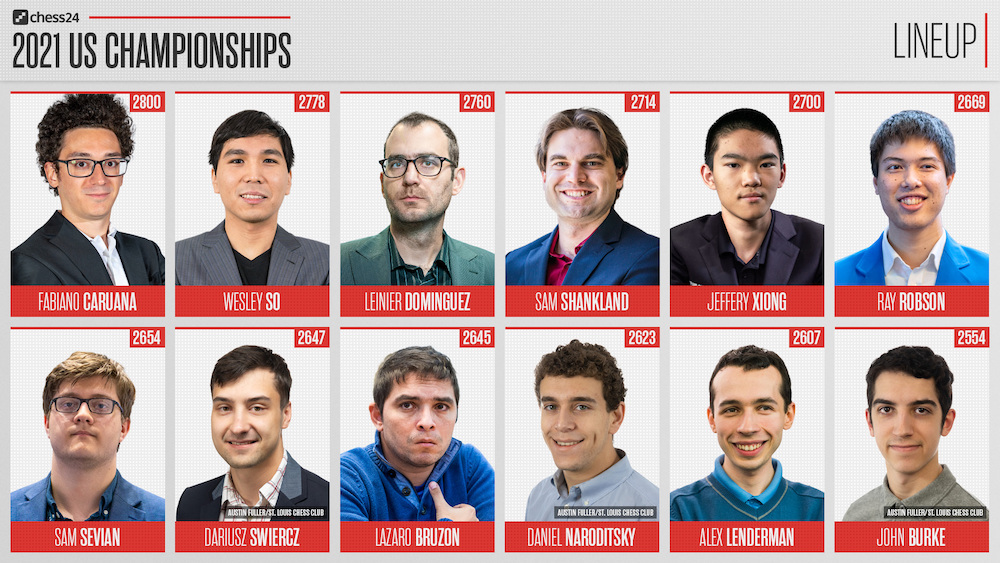 Wesley So will be hoping to bounce back from his disappointing Meltwater Champions Chess Tour Finals appearance as he attempts to become the first person to defend the US Championship title since Gata Kamsky in 2014.

He has a tough start with the black pieces against rising star Jeffery Xiong. Here are the full pairings:

The favourite on paper is Fabiano Caruana, who has only won the US title once, in 2016. The world no. 2 begins against Lazaro Bruzon, who has now joined Leinier Dominguez in switching from the Cuban to the American Chess Federation. 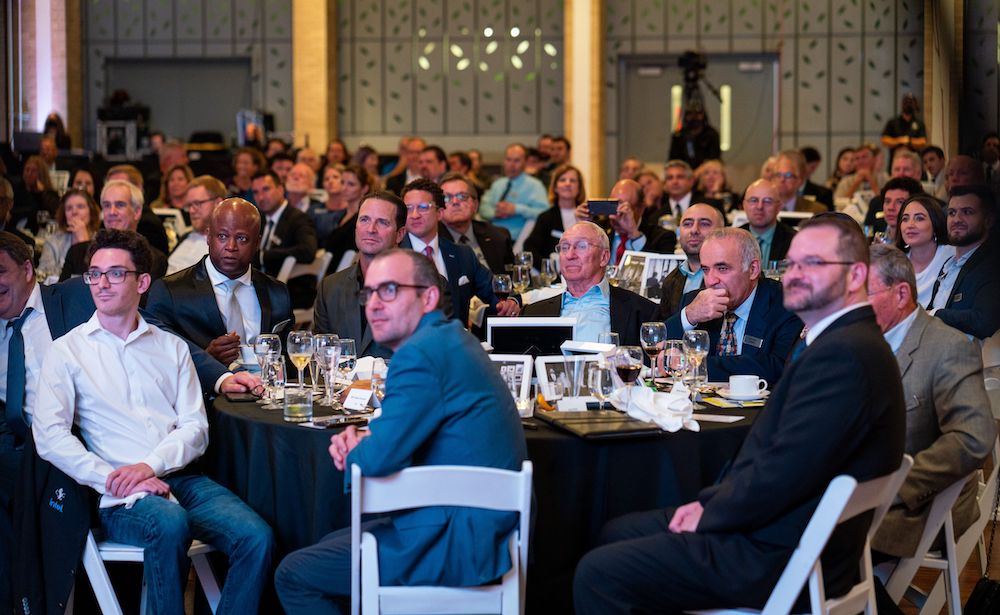 Saint Louis residents Fabiano Caruana and Leinier Dominguez will be among those battling for the title | photo: Lennart Ootes 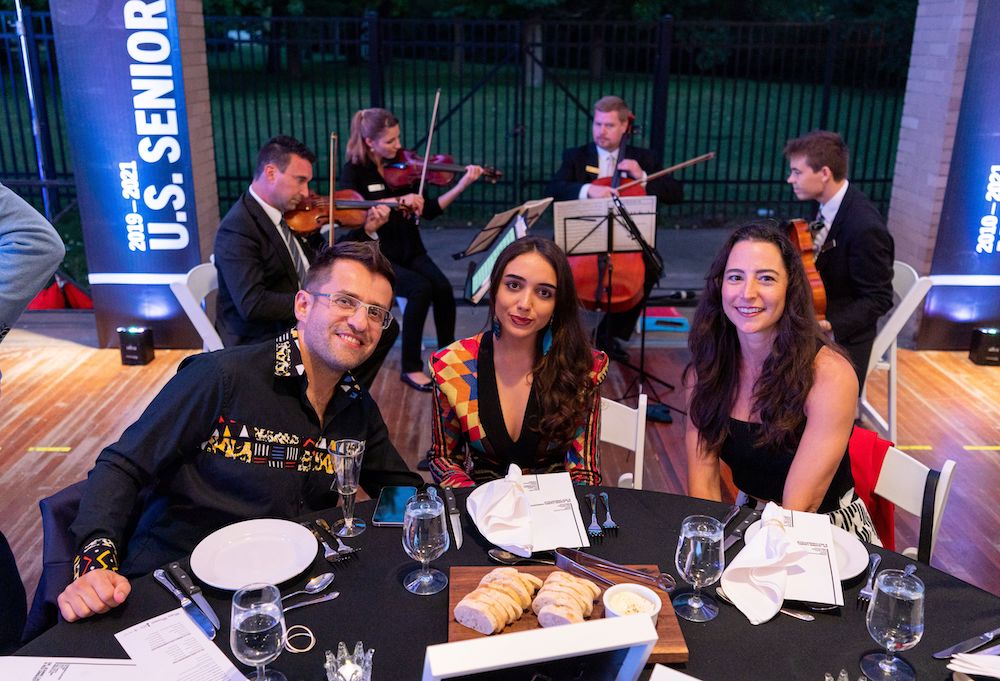 Until the last year you wouldn't have expected to see Levon Aronian at the Opening Ceremony of the US Championships | photo: Lennart Ootes

Levon Aronian is one player who isn’t yet eligible to play the event, but he did attend the Opening Ceremony, as did Garry Kasparov. In case you missed it, Levon recently filmed a short video on his new life in Saint Louis as well as his early career.

You can watch the opening ceremony below. 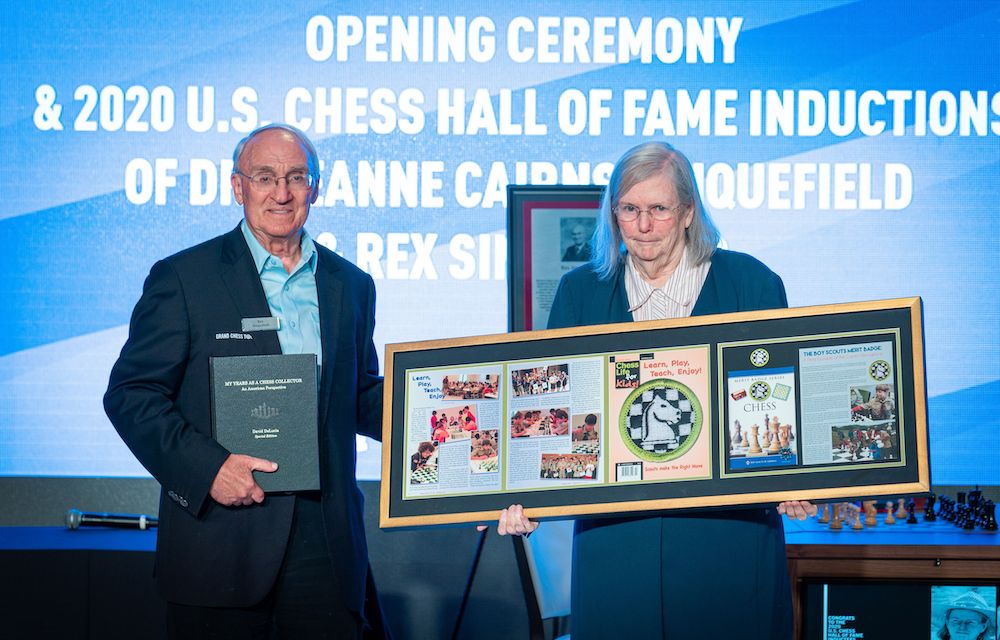 Rex and Jeanne Sinquefield were inducted into the US Chess Hall of Fame | photo: Lennart Ootes 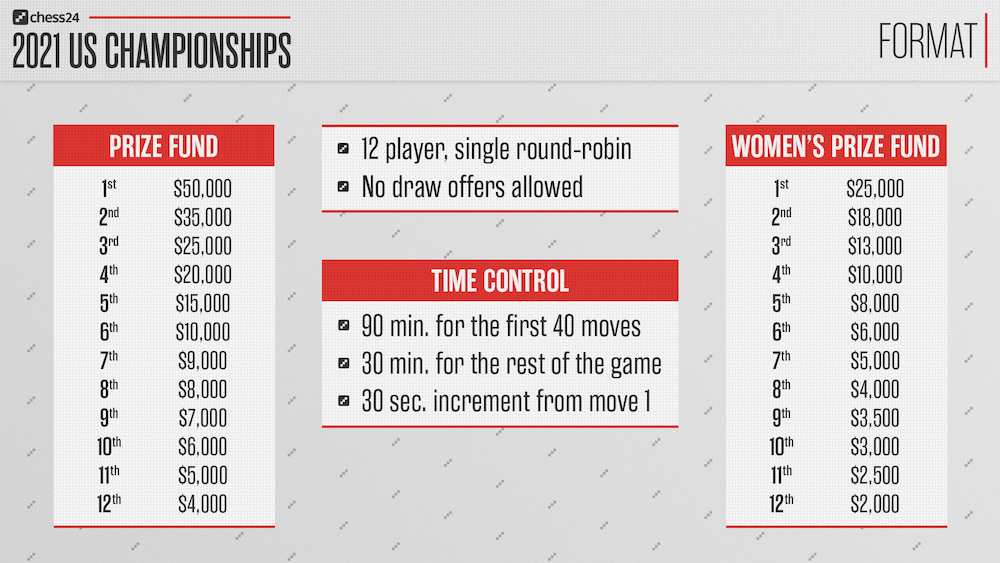 The women’s tournament is jam-packed with former Champions, including 8-time Champion Irina Krush, whose victory in the 2020 online event was memorable for Irina winning despite still struggling with the after-effects of COVID. 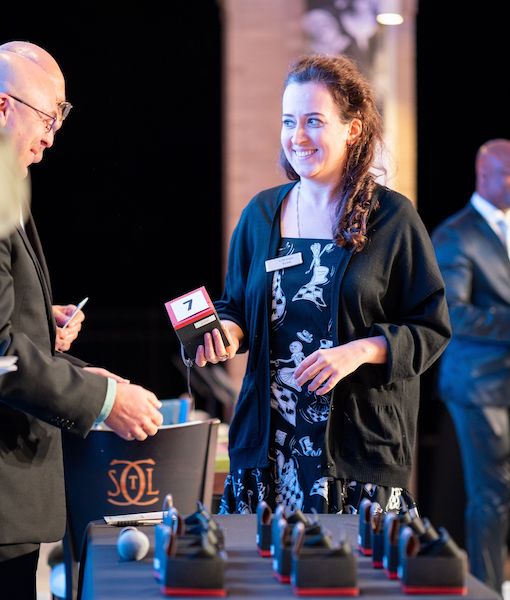 There’s 4-time Champion Anna Zatonskih, 2017 Champion Sabina Foisor and 2-time Champion Nazi Paikidze, who will be playing her first FIDE rated games since she won the title in 2018! The only winner in tournaments held since 2006 who’s missing is 2019 Champion Jennifer Yu. 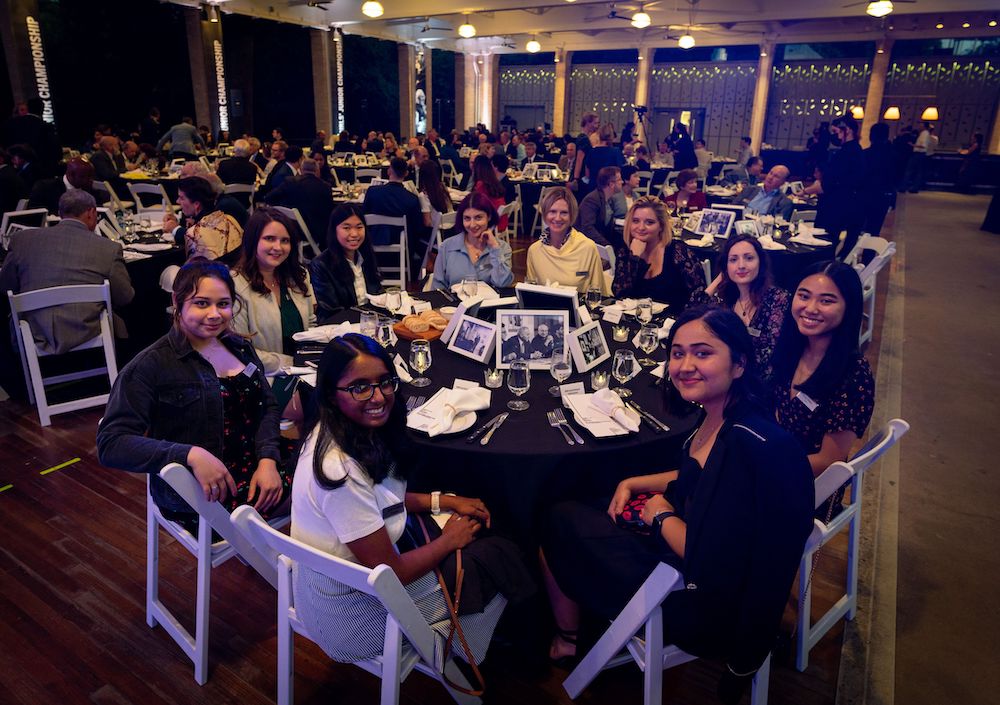 Dining together before the battle commences! | photo: Lennart Ootes

Paikadze-Foisor is the one clash of Champions in Round 1, with the pairings as follows:

Don’t miss all the action live here on chess24, where you can follow all the moves with computer analysis alongside the official live commentary. Yasser Seirawan is back and will be joined by Cristian Chirila and Maurice Ashley. 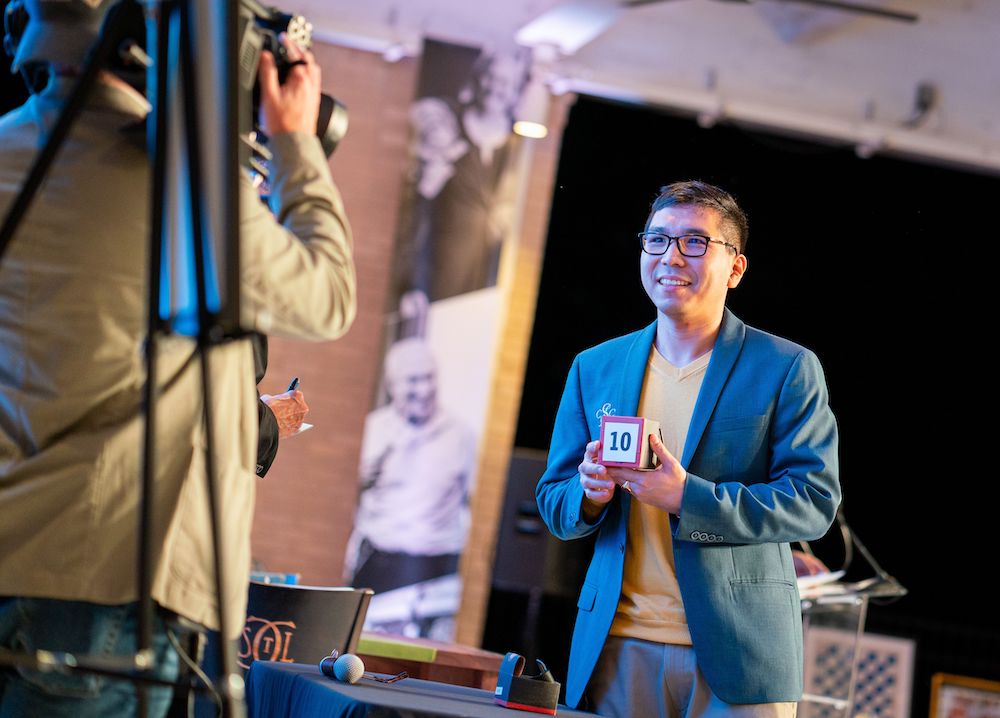 Will Wesley So be able to defend his title? | photo: Lennart Ootes