Caruana moves back to the USA

World no. 3 Fabiano Caruana hopes to be a US player again before the Sinquefield Cup this August after beginning the process of ending his ten years representing Italy. The US team will then be able to boast some awesome firepower, with Caruana joining the current world nos. 4 and 7 Hikaru Nakamura and Wesley So. Referring to a recent sketch on The Daily Show Magnus Carlsen commented, “so they are indeed buying nerds!” 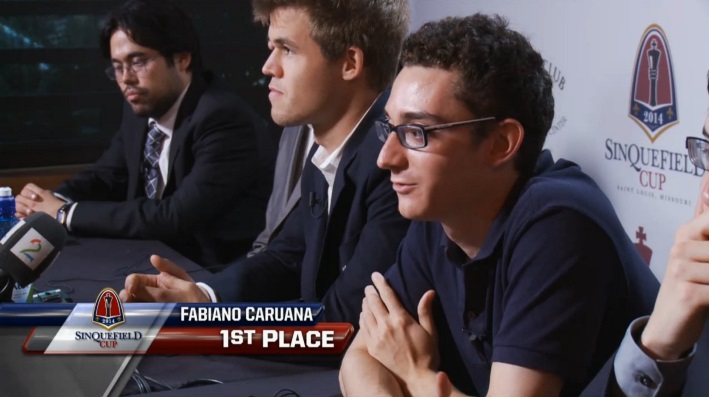 Can Fabiano Caruana follow in Bobby Fischer's footsteps and become the next US World Champion?

Just when speculation was dying down over Fabiano Caruana switching federation the announcement came:

The press release on the US Chess Federation website opens with a statement from Fabiano Caruana:


I'm absolutely thrilled to be representing the United States again and working with the Chess Club and Scholastic Center of Saint Louis. I'd like to thank everybody who has made this possible, and I look forward to this exciting new partnership. In addition, I want to take this opportunity to express my appreciation and gratitude for the support given to me over the past ten years by the Italian Chess Federation. I wish them all the best for the future.

So speculation that made it into The New York Times and onto The Daily Show had been, at least partially, vindicated. 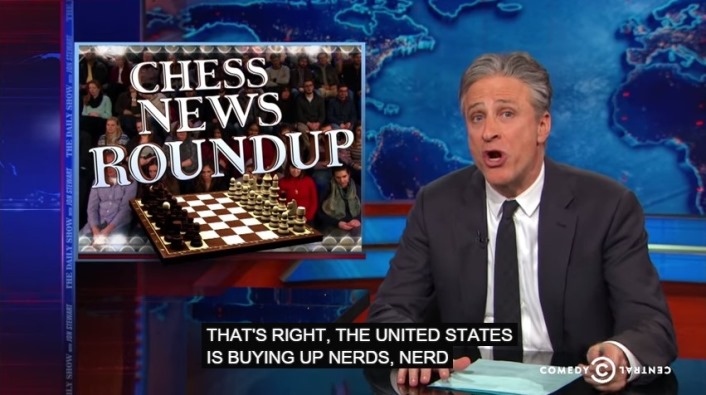 World Champion Magnus Carlsen, currently commentating on the Norway Chess qualifier, was one of the first to respond:

Garry Kasparov’s right-hand man and retired chess blogger Mig Greengard was no doubt the first of many US chess fans to welcome the prodigal son's return:

Jean Hoffman, Executive Director of the USCF, pointed out what it means for the US team:


The addition of Fabiano Caruana to the United States' roster is historic. For the first time in history the United States will have three of the top ten players in world. Over the past several years, we have made tremendous strides to increase the awareness of, and appreciation for, the great game of chess in the United States. The return of Fabiano to the USCF is another large step toward achieving our goals.

The US Team Captain John Donaldson was caught by surprise by the move, but told Macauley Peterson:

Have I dreamed about having Lebron, Dwayne and Chris aka Hikaru, Wesley and Fabiano on the same team? Yes, but nothing more.

It's also going to get tough for the up-and-coming young US players! 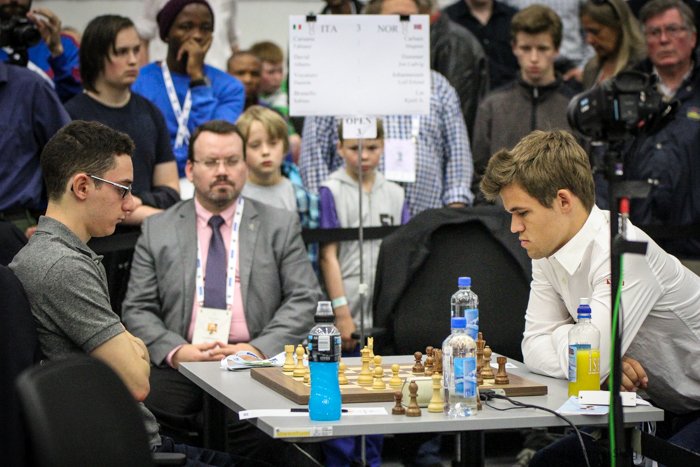 Fabiano Caruana was born in Miami and grew up in New York before his family moved with him to Europe to pursue his chess career. Back in 2005 it made sense to represent Italy internationally, but things have changed dramatically since, as US Chess Team Captain John Donaldson recently explained to chess24:

When Fabiano became a teenager the US chess scene was much different. There was no Jeanne and Rex Sinquefield, the US didn't have two players in the top 10 and a half dozen in the top 85 players in the world. His father Lou had to make a tough choice and correctly (in my opinion) moved his family overseas to improve his son's opportunities for better coaching and tournament opportunities. One would like to think that if he had been born ten years later there would be enough chances in the US.

The Italians have very generously supported Fabiano's chess career the past decade and he understandably feels loyal to them. That said, times change and he may decide to switch back to representing the United States in the future.

It’s no surprise that Caruana confirmed in his statement that the Rex Sinquefield-sponsored Chess Club and Scholastic Center of Saint Louis was instrumental in his switch. The one surprise, though, is the timing. In our article on a potential switch we quoted Italian Chess Federation spokesman Adolivio Capece, who told Italian newspaper Corriere della Sera:

The Americans offered him €100,000 a year, Azerbaijan even €400,000. I’d like him to earn that much with chess, but clearly those proposals didn’t come to fruition, since in January Caruana once again signed a contract for €80,000 a year with the Italian Chess Federation and will remain with us until December.

Another source quoted Caruana as being offered a €200,000 six-year contract with St. Louis. All the numbers should be taken with more than a pinch of salt (Caruana dismissed much of it as “speculation”), but it seems although he was contracted until this December he'll now move sooner.

The first big international event where he looks likely to be able to play for the US team will be next year’s Olympiad in Baku. Captain John Donaldson played down the team’s prospects, despite the potentially stunning top three boards:

This will make the US one of the favorites in Baku, but still not the top seed - Russia will be a little behind on the top three but about 50- 75 points ahead on board four and the reserve player. China and Ukraine will also be higher on board 4 and the reserve board.

Of course next year there’s one other thing Fabiano could potentially do for the US… become the first American to win the World Chess Championship since Bobby Fischer! 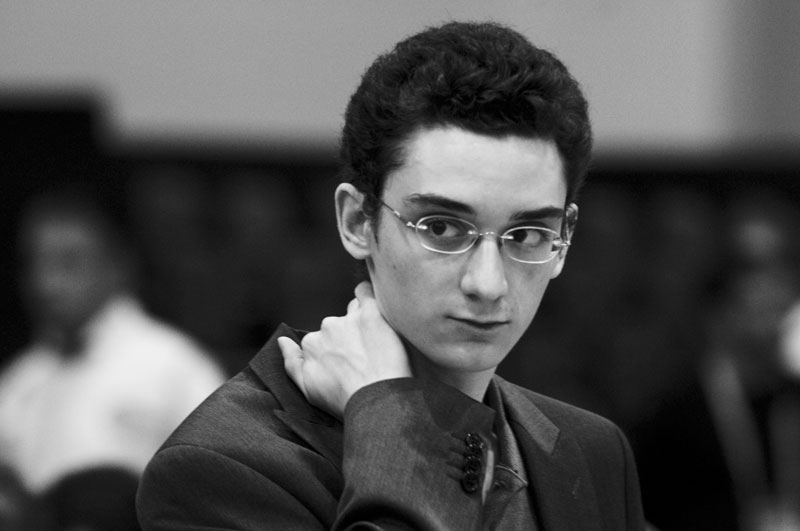 Will we have an even more focussed Fabiano Caruana when all the speculation over a switch is now over? | photo: Irina Stepaniuk

It’s worth returning again to an interview Fabiano gave to Vlad Tkachiev last November after the 2014 World Chess Championship:

Are you planning to return to the American rating list and play for the US team?

No, I’m not planning that at this moment in time. However, I don’t know what will happen in future. Such an option is always there since I’ve got dual citizenship: American and Italian.

If sometime you become World Champion will you consider yourself the second American Champion or the first Italian?

And why not both at once? I consider myself an American since I was born in the States and grew up there. I’m an Italian since my mother is Italian and my ancestors on my father’s side are also Italian.

Of course there’s some business to take care of first. Fabiano will be fighting for a place in the 2016 Candidates Tournament in the Khanty-Mansiysk Grand Prix that starts this Thursday. You can watch all the action here on chess24!