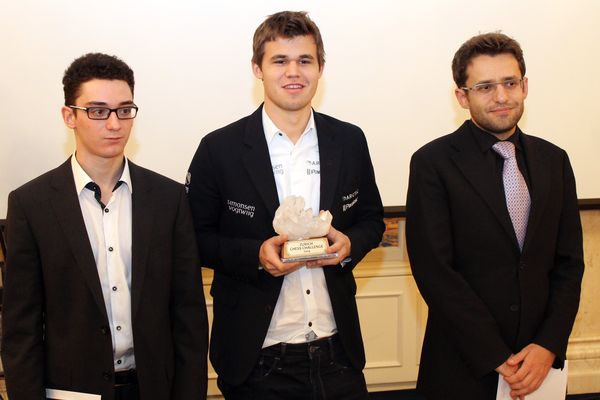 Magnus Carlsen won the 2014 Zurich Chess Challenge, until recently the highest rated tournament in chess history, but will not take part in 2015. In a new interview the main sponsor, Russian businessman Oleg Skvortsov, explained that he’d lost patience waiting for Carlsen to reply. Instead Vladimir Kramnik and Sergey Karjakin will replace Carlsen and Boris Gelfand in the event planned for February 2015. UPDATE: We've now added quotes from Carlsen's manager Espen Agdestein, who disputes Skvortsov's version of events. 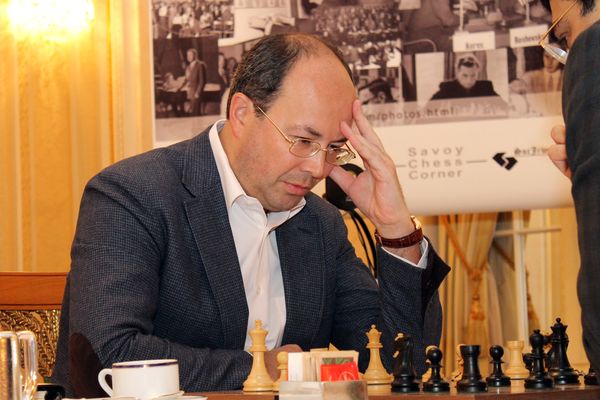 The 2015 Zurich Chess Challenge will run from the 13-19 February and feature exactly the same format as in 2014 – a 6-player event with an opening blitz tournament, five days of classical chess, and a final day of rapid chess. In an interview with Vladimir Barsky for Sport-Express Skvortsov explained his preference for the relatively short schedule:

I think tournaments that last longer than 7-8 days are gradually becoming obsolete. You lose spectator interest, the players get tired and the quality of the games is dramatically reduced. Moreover, each day’s play is tens of thousands of euros, dollars or franks.

The line-up is once again impressive, featuring only Top 10 players - at least on the September 2014 rating list, which gives an average of 2785:

Skvortsov was asked how he’d chosen the players:

It’s important that the grandmasters are advocates of creative chess, represent different playing styles and are fighting players from the Top 20 of the world rating list. The personal sympathies of the sponsors and organisers also play an important role: you don’t want to invite unpleasant personalities. It’s possible that in time we’ll run a qualifying tournament for two places in Zurich.

The one gaping absence, however, was the World Champion and winner in 2014, Magnus Carlsen. When Vladimir Kramnik had turned down the chance to play in 2013 Skvortsov had been full of understanding for his choice, but this time round he appeared less than impressed with Magnus:


In April, when Magnus met students of the Institute of Physics and Technology in Moscow, he said it was 90% likely he’d come to Zurich. However, after he finished second in Stavanger the percentage change of his playing declined. Carlsen promised to give his final response immediately after the Olympiad in Tromsø, but the reply never came. The patience of [Chairman of the Zurich Chess Club Christian] Issler and myself was exhausted. It recalls Mark Twain: “Tom!” No response. “Tom!” No response… 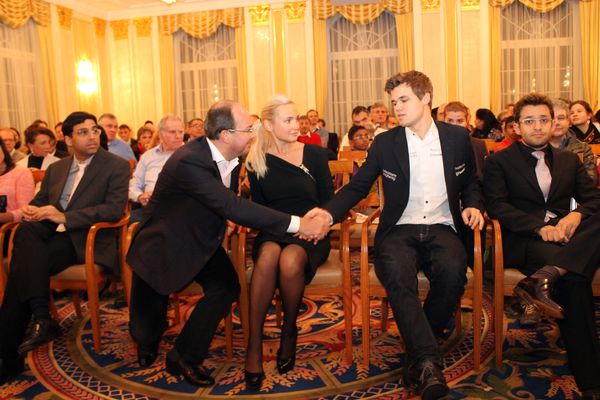 Skvortsov congratulates Carlsen on his victory in 2014 | photo: ruchess.ru

Of course between the Olympiad and the Sinquefield Cup the decision on whether to play the World Championship match against Anand in Sochi was hanging over Carlsen, and Skvortsov wasn’t the only person who encountered a brick wall. Seth Stevenson, a journalist for the mainstream Slate Magazine, recounts:


I was invited to cover the tournament with the enticement that I’d be granted a generous chunk of time with the world champion. When I arrived, however, he refused to speak to me, even though doing so violated his contractual appearance obligations. His manager apologized, explaining in an email, “From time to time we need to block out all kind of media activities.”

In his major feature article Stevenson instead relied on Fabiano Caruana to characterise Carlsen:

“When he has an advantage he almost never lets it go. Where other players are maybe ready to accept a draw and go home, he's ready to work the extra two, three hours and convert his advantage, even if it's a really tiny one.” Caruana also confessed that he tries to “avoid” certain types of games against Carlsen. “In some positions you can't compete with him. Certain pawn structures he just plays like a machine. There are certain openings where I say, ‘I just can't do that.’ But OK, certain positions he's not as comfortable with. Just like any player, he can also play unconfidently.”

In any case, it seems Carlsen’s behaviour may have rankled with Skvortsov, who even doubted the celebrity status of the young star:

There’s soon going to be a World Championship between Carlsen and Anand. Why were there such issues with its organisation?

It seems to me that holding World Championship matches each year is nevertheless going too far. It’s not so simple to find 5-7 million dollars for 12 games, some of which end in a draw on move 20. And you shouldn’t assume Carlsen is such a well-promoted figure in the West. The general public mainly knows four players: Kasparov, Karpov, Kramnik and Anand.

Will Anand manage to put up more resistance than a year ago?

My reply will be biased as I’m on friendly terms with Anand. He’s now in good physical and chess form and I hope he can regain the crown! 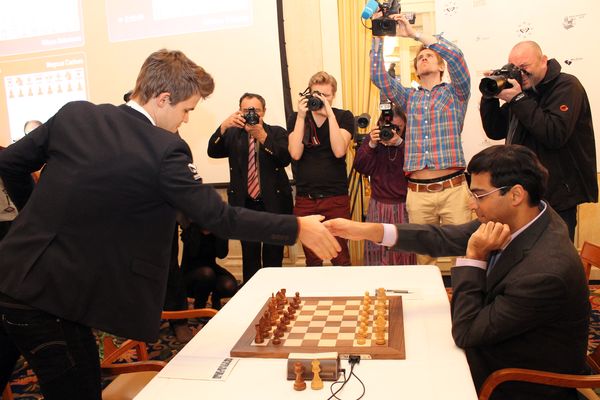 It seems a very long time ago now, but Magnus Carlsen won his first game since the World Championship match against Anand and the former World Champion finished a dispiriting second last in Zurich | photo: Vladimir Barsky, ruchess.ru

The Sinquefield Cup vs. the Zurich Chess Challenge

In the interview Skvortsov was also asked about the fact that the recent Sinquefield Cup had been hailed as the strongest tournament in history despite only exceeding the Zurich Chess Challenge’s average rating by one Elo point:

Our tournament in 2014 was the first to achieve Category 23 and will go down in chess history for that. We didn’t chase after ratings but simply invited the best and most interesting players for us (unfortunately Vladimir Kramnik, third in the world ratings, was unable to play). And it turned out it was the strongest tournament in history. Little did we know we’d set Mr. Sinquefield a challenge! In general, it’s dangerous to name a tournament after yourself: there are associations, after all. Before the start of the “Sinquefield Cup” I visited one well-known chess website and read: “a tournament is being held in St. Louis in memory of Rex Sinquefield and his wife”…

Oleg Skvortsov is also known for playing friendly matches against the world’s best players. He was asked if he was still doing so:

Yes. The most memorable was the friendly match against Aronian in Berlin this summer. We played four games in the Ruy Lopez and three games… of table tennis. The overall score was 4-3 in favour of Aronian (laughs).

As Levon tweeted at the time:

chess24 has been in touch with Magnus Carlsen's manager Espen Agdestein, who rejects the version of events given by Oleg Skvortsov:

This is just nonsense. I told Skvortsov before the Olympiad that Magnus won't play in Zurich. I haven't heard anything from Skvortsov or anyone else on this after that.

Agdestein also denied the claim made in the Slate article about the World Champion breaking his contract by not giving an interview:

What Stevenson is saying about Magnus violating the contractual obligations is incorrect. It was made clear to the reporter before the event that Magnus would not speak to Slate during the rest day. This was in agreement with the Sinquefield Cup organisers.