World Champion Magnus Carlsen starts his Goldmoney Asian Rapid campaign this Saturday, June 26th with clashes against 18-year-old Alireza Firouzja, women’s no. 1 Hou Yifan and Paris Rapid & Blitz winner Wesley So. Other Day 1 pairings for the 7th event on the Meltwater Champions Chess Tour include Indian maverick Adhiban taking on all three of his Indian colleagues — 15-year-old Gukesh, 17-year-old Erigaisi and finally Vidit. There’s a novelty in the commentary teams, with Danny King stepping in for Peter Leko as Tania Sachdev’s partner.

The pairings are out for the Goldmoney Asian Rapid Preliminary stage, and you can check them all out using the selector below.

The Goldmoney Asian Rapid starts at 13:00 CEST on Saturday June 26th with the by now familiar cut-throat 3-day preliminary stage, where all the participants play each other once and the bottom 8 are eliminated before the knockout begins.

World Chess Champion Magnus Carlsen is back in action after skipping the Grand Chess Tour events, and he faces some of his most interesting opponents in the very first of Saturday’s five rounds.

It’ll be curious to see if 18-year-old Alireza Firouzja can carry over his form from the blitz section in Paris (10 wins in 18 games) or the rapid (0 wins in 9 games), but if he shows the same fighting spirit as on any day in Paris it should be exciting to watch.

Women’s no. 1 Hou Yifan is the first woman to play on the full Meltwater Champions Chess Tour and will be facing a tough challenge, especially as the 27-year-old 4-time Women’s World Chess Champion is at least semi-retired. She has a lot of experience playing the world’s best, however, and even if her five games with Black, five losses to Carlsen doesn't inspire confidence, she's unlikely to be overawed by the experience.

Arguably the hottest player around at the moment is Wesley So, who turned a 2-horse race against Ian Nepomniachtchi in the Paris Rapid & Blitz into a victory parade. He’s also been the player who’s inflicted the most pain on Magnus in the Meltwater Champions Chess Tour, winning two of their three finals. Magnus will be hoping that with victory over Wesley in the FTX Crypto Cup final he’s finally turned the corner. If he wins the Goldmoney Asian Rapid it’ll be his 3rd tour victory in a row after a frustrating first four events.

One thing to watch in the Goldmoney Asian Rapid will be the debuts of a whole series of new tour players. As well as Hou Yifan, we have Russia’s Vladislav Artemiev and UAE’s Salem Saleh, but the biggest group of players is from India.

Adhiban is one of the most exciting players close to the top of world chess and the pairings feature a treat — Adhiban has White against Anish Giri, so the dream of using 1.b3 to take down Anish is alive!

On Day 1, meanwhile, Adhiban will be playing all of his Indian colleagues.

Olympiad team captain Vidit needs no introduction and has been in action on chess24 recently qualifying for the final of the San Fermin Banter Blitz Cup.

The most intrigue will be to see if Gukesh (15) and Arjun Erigaisi (17) can swim with the sharks after qualifying via the Gelfand Challenge and the Indian Qualifier respectively. It’s not going to be easy, but if they can perform at anything like the level of Praggnanandhaa in the New in Chess Challenge they’ll have had very impressive debuts.

Once again you’ll be able to follow all the action live right here on chess24, with a choice of multiple languages and streams. Our beginner friendly stream from Oslo once again features Kaja Snare, Jovanka Houska and David Howell. 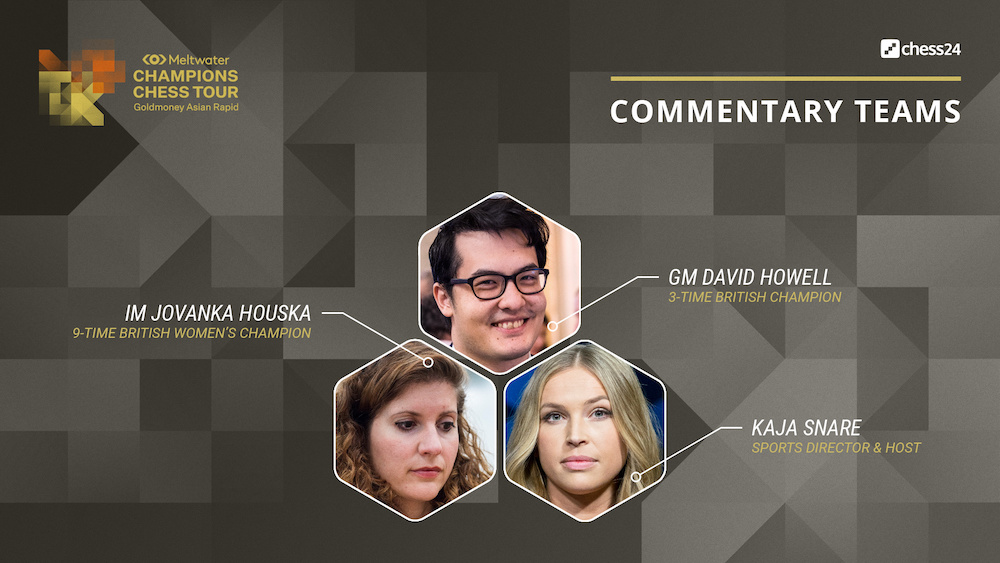 Tania Sachdev is back once again for our alternative English stream, but this time she’s joined by English Grandmaster Daniel King. 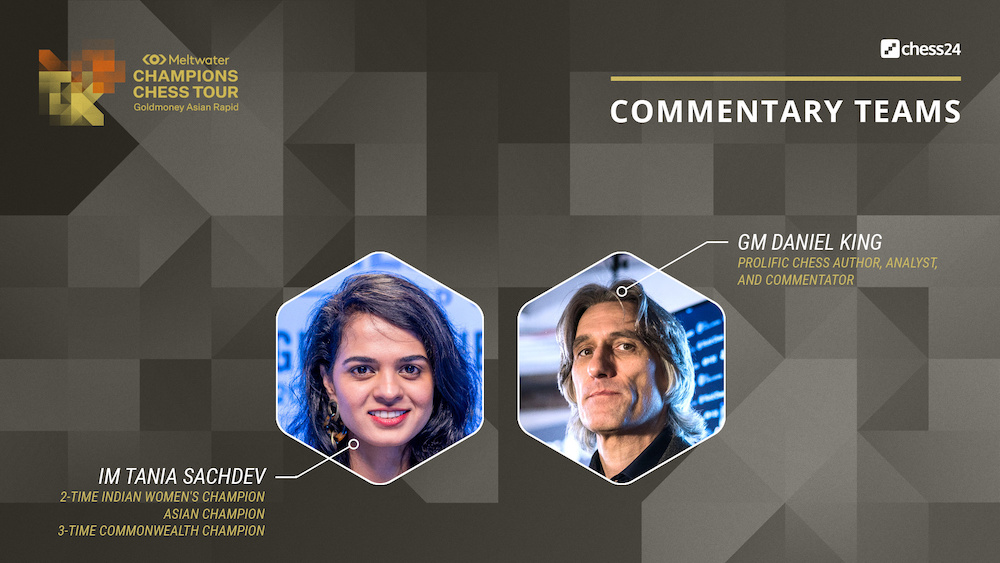 One of the chess world’s best communicators, Danny shot to prominence in the UK during the 1993 Short-Kasparov World Championship match, when he provided analysis for the millions watching on what at the time was one of just four terrestrial TV channels. He never looked back. 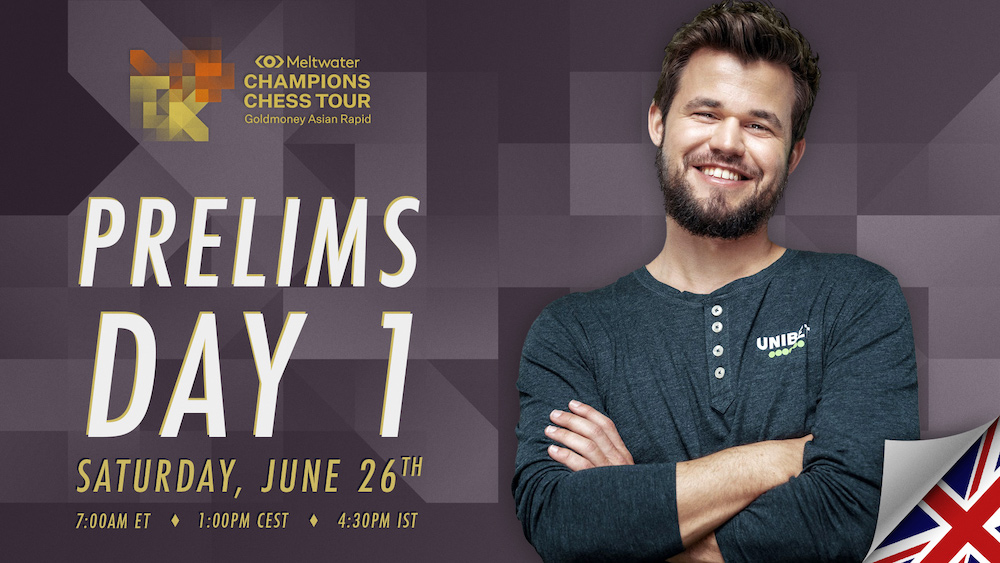 The action kicks off at 13:00 CEST, a time intended to be much more convenient for the players taking part from Asia — it’s 16:30 IST and 19:00 in China. Tune in here on chess24 for all the moves, computer analysis and commentary.