The GRENKE Chess Classic starts on Monday and will see Magnus Carlsen and Viswanathan Anand meet for the first time since their World Championship match in Sochi. Carlsen is fresh from winning the Tata Steel Chess Tournament in Wijk aan Zee and may have another goal in his sights – matching the lifetime supertournament victories of Vladimir Kramnik and Viswanathan Anand. Tarjei J. Svensen takes a look at Carlsen’s remarkable stats.

How dominant is Carlsen in the world of chess?

It’s been less than a week since the Tata Steel Chess Masters ended. The reigning World Champion Magnus Carlsen finished on 9/13 to win one of the chess circuit’s most prestigious events for a 4th time. 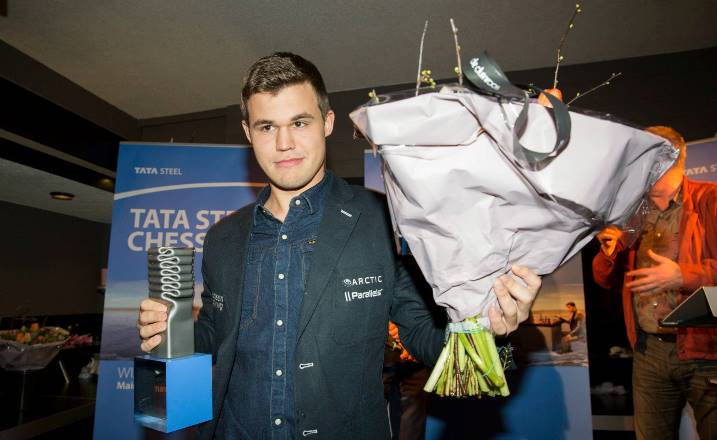 Surprisingly, it was Carlsen’s first tournament win in almost a year, with his previous victory coming in Shamkir, Azerbaijan at the end of April. Just two months later the World Champion had to settle for 2nd place behind Sergey Karjakin in Norway Chess. 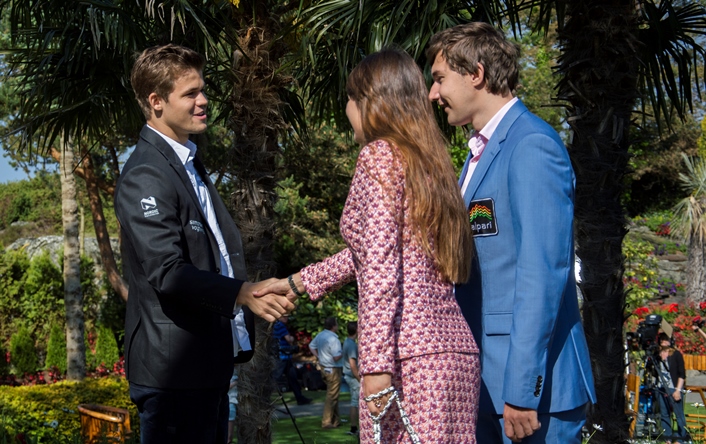 Carlsen congratulated Sergey Karjakin and his wife Galiya on their marriage, but although he won the blitz he finished second to Karjakin in the main event - for a second year in a row! | photo: No Logo Norway Chess

In Carlsen’s next closed event, the Sinquefield Cup in St. Louis, Fabiano Caruana cruised to victory with his historic seven out of seven start. The Norwegian once again had to settle for 2nd place, but this time he was three (3!) full points behind the Italian.

Then there was Tata Steel:

First tournament win since April, first gain of rating since February, and my longest winning streak ever @tatasteelchess #cheerupyoumoron 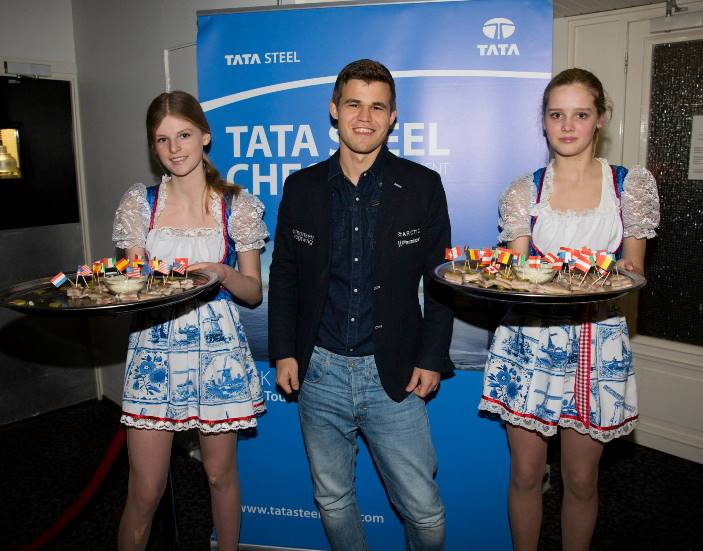 Finishing a long way off the pace is not something Carlsen has been used to in the last five years. We took a look at all the classical events the World Champion has taken part in since January 2010 and came up with the following:

As one Norwegian put it:

But how do you define a “supertournament”, and how does his record compare to that of other leading modern players?

Well, there’s no official definition of what constitutes a supertournament, but ChessGames user Kinghunt has come up with a broad definition:

Any closed international event with at least two players who have been in the top 10 in the last year.

Blitz, rapid, matches and team events are not counted in the statistics.

Using those criteria gives the following list of supertournament victories by current players, with Kasparov included for comparison:

Note that the numbers in this list have not been completely verified. We can not guarantee that there are no mistakes in it. If you see anything, let us know in the commentary field.

Here are the 22 supertournament wins by Carlsen:

With the GRENKE Chess Classic starting on Monday that means Magnus Carlsen, at 24 years of age, can equal Vladimir Kramnik and Viswanathan Anand’s 23 supertournament wins. 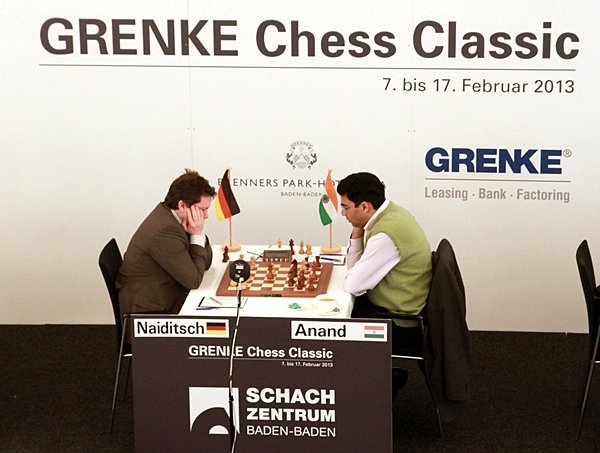 Or can Anand, playing both in Baden-Baden and Zurich, take it up to 25 wins and stay in the lead among today’s top players? Or will Kramnik finally win a chess event again in Zurich? 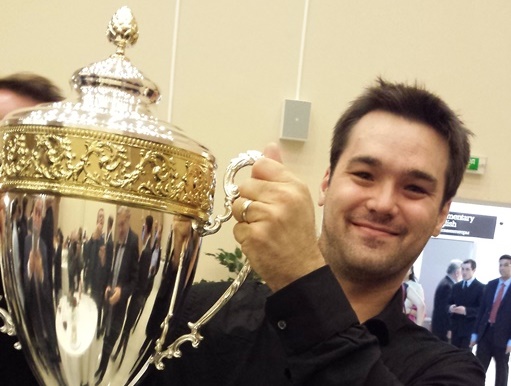 Tarjei is a keen amateur chess player, arbiter and organiser who, with the rise of Magnus Carlsen, quickly became indispensable as the interpreter of all things Norwegian. He commentates on chess for Norwegian TV and is a must-follow on Twitter.

You can watch all the games from the GRENKE Chess Classic here on chess24 with Jan Gustafsson hosting the commentary live from Baden-Baden. Games start at 15:00 CET, with more information available on the official website.